Thanks to Hasbro who have posted a webcast on the UBS Best Of Americas 2012 Conference where Hasbro's Brian Goldner; President and Chief Executive Officer and Deborah Thomas presented their plans for the coming 2013 and beyond. Not least of which was a little bit of priming for the Transformers 4 movie as well all the other the brand related entertainment initiatives they have planned. Check out the details and highlights below: 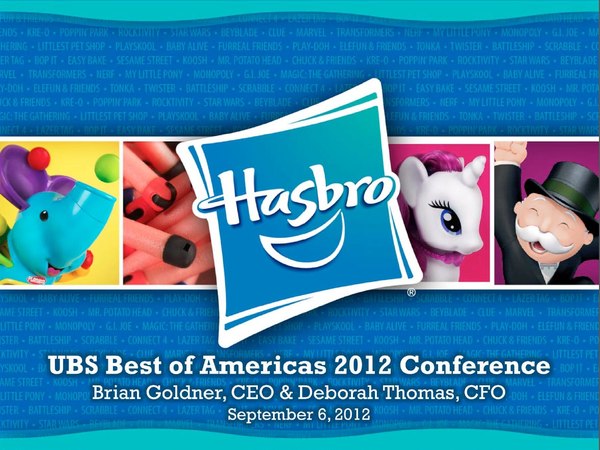 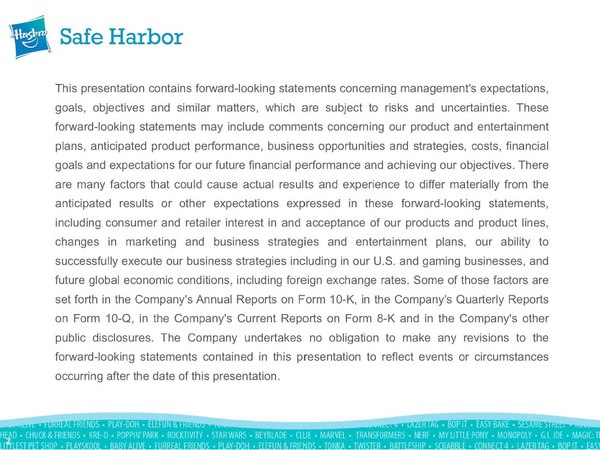 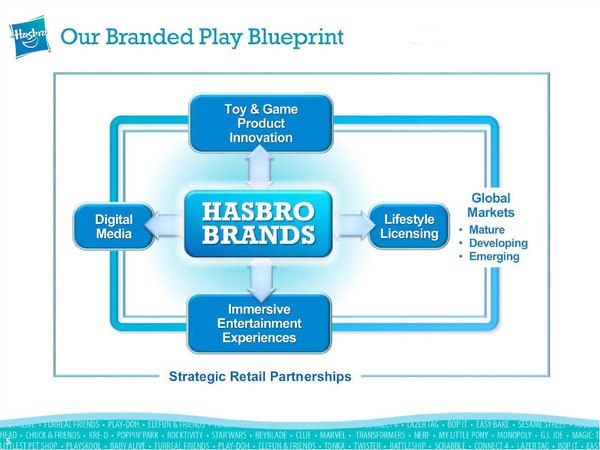 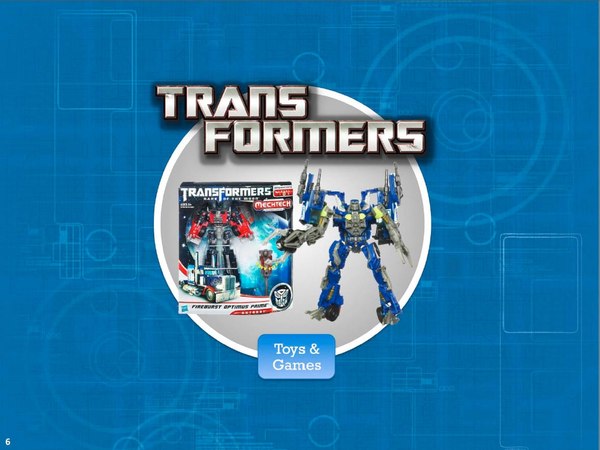 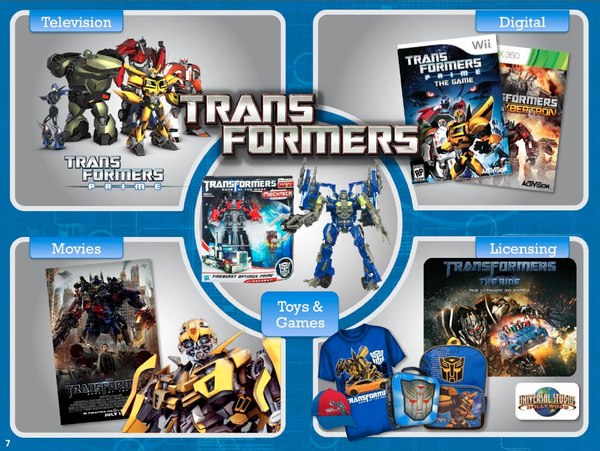 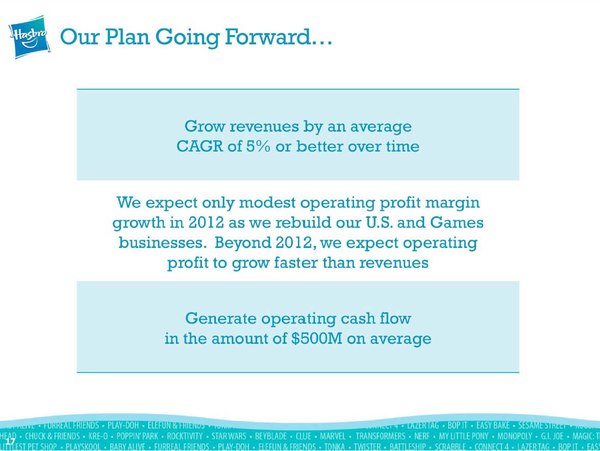 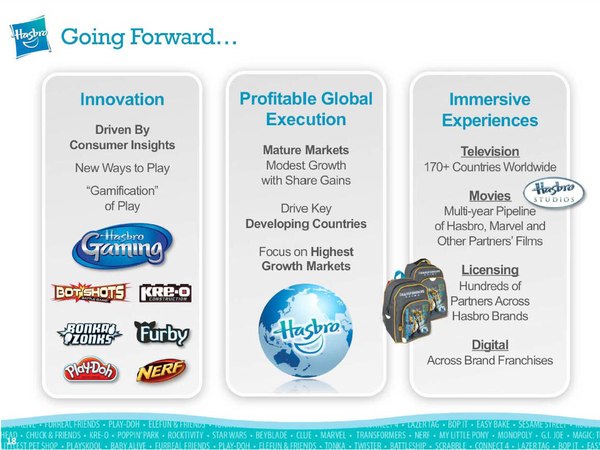 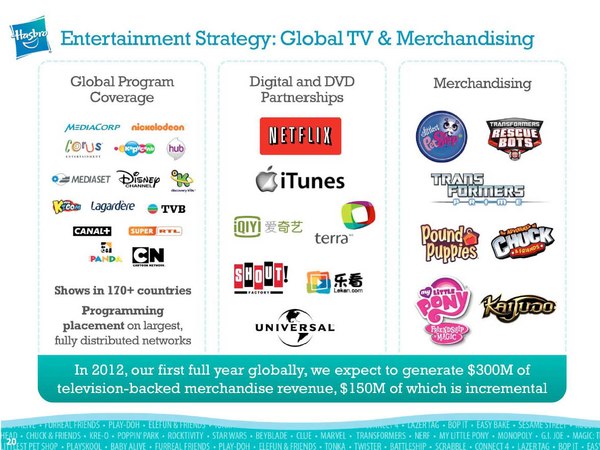 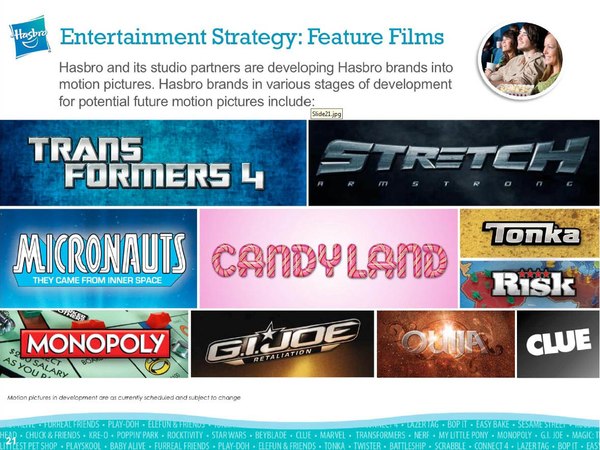 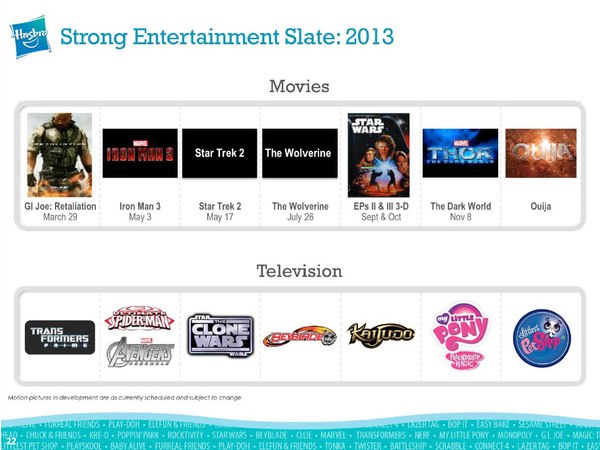 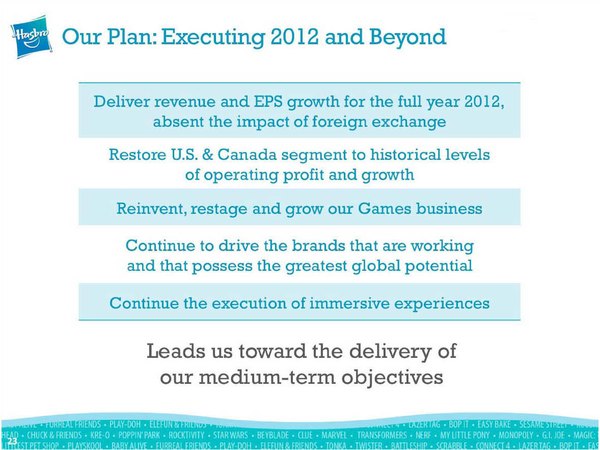 Let's see, toys we had for DotM: Lots more BB, a couple Primes, another Ratchet & Ironhide, another SS, & tons of non movie characters. Missing: a new Soundwave, no Dino/Mirage, no Que/Wheeljack, no Leadfoot (all of whom were in the movie and never represented with similar molds) ... Why would a toy line sell that doesn't support the movie it's named for? Just because they're the same name doesn't mean that consumers agree it's the same product. They would've been ok if they had made toys actually based off the movie and not sold unrelated characters or rewashed ones.

It wasn't the same characters that was the problem with DOTM, it was the quality, and shrinkage that caused it, not to mention the butt load of Bumblebee's they made that no one wants, plus the Kreo junk.

Definitely give me new characters, and the good deluxe size at the DOTM price point

Hopefully BB is absent from the 4th movie since the previous human characters will be gone.

Good news: Looks like TF: Prime will live on thru 2013

Altered for perceived accuracy :bounce But I do agree, having the same core characters in all three movies with little aesthetic modification would drag things down a bit.
Post Your Comment Now! (membership required)