Transformers 5 - Michael Bay Spotted in Birmingham Getting Ready For Production

The Detriot News is reporting that things are just begging to rolling on the production fo Transformers 5, with director Micheal Bay. Who, was just spotted dining at the Bella Piatti Italian restarant in Birmingham, Michigan. We can only speculate what they are there for, the report does say that director Bay and his crew in in town to get prepared for the Transformers 5 movie that will be in theaters, June 23, 2017.

Bay and crew were in town making preparations for Paramount’s upcoming action sequel, “Transformers 5.” “Michael Bay and I met when he first came to Detroit to shoot ‘Transformers 4’ about three years ago,” Nino explained. “We’ve been friends ever since.” 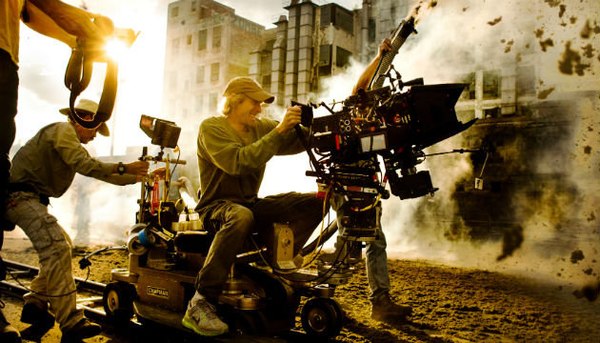 Micheal Bay on the set of Transformers 4: Age of Extinction