Bay Setting Up 'For the Next Guy' with All New Cast in Transformers 4; Robots Featuring Some Redesigns

Michael Bay, the director of the high-grossing Transformers live action films says that Transformers 4 will be his final installment, but not before he redesigns the robots a little.

In an article on the Los Angeles Times' Hero Complex that largely speaks about the recently-launched Transformers The Ride, reports that Mr. Bay is using Transformers 4 to set up the franchise "for the next guy" with an all new cast.

The director will also work with Industrial Light & Magic (ILM) to "include some redesign of the robots," although the extent of the redesigns are not known at this time.

Ehren Kruger will be in charge of the story of the new installment and "[t]he story is going in a different direction," Paramount Film Group President Adam Goodman, said in a previous interview.

Mr. Kruger co-wrote Transformers 2 Revenge of the Fallen with Roberto Orci and Alex Kurtzman and then took over sole writing duties for Transformers 3 Dark of the Moon.

HIGHLY REVIEWED RIDE
The majority of the article focuses on the Transformers: The Ride, which opened its gates to the public over the Memorial Day weekend.

Reviews have heaped praises upon the ride, including Mr. Bay himself, who was only limited to the story of the ride.

“It’s pretty amazing what they do and how they do it,” said Mr. Bay. "[Universal Creative and ILM have] got it down to a science and they grab you, take you through this world and this story, and it’s impressive.”

The Los Angeles Times calls the ride a "state-of-the-art marvel," while Theme Park Insider says that it is a game-changer with the way it uses 3D.

RIDE SPECIFICATIONS
The ride is projected upon 14 massive screens, with a blend of front- and rear-projection screens that display at quadruple the resolution of HD images.

To keep riders in the atmosphere, the ride uses 5,000 watts of sound being pumped by a 14-channel audio system while pushing riders in a vehicle designed like the Evac vehicle mode over 2,000 feet of track and reaching a perceived speed of 60 mph. 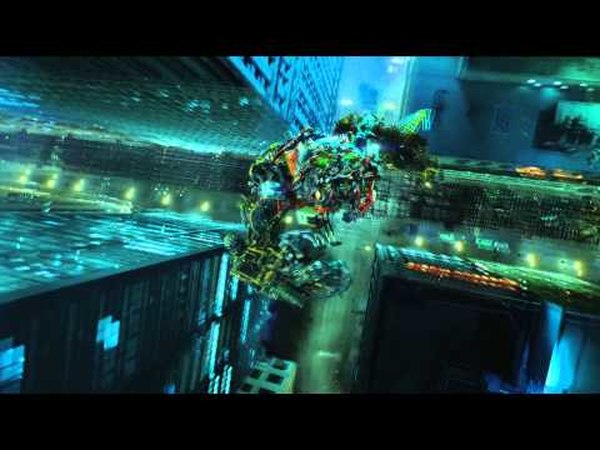 In summary, while many older Transformers fans have not received the Bay Transformers live action films with open arms, this is something that probably should not be missed.