We are live at the 2011 Hasbro Toys Panel with the Hasbro Brand Team at BotCon! Jump in to read all about the details that will be here! 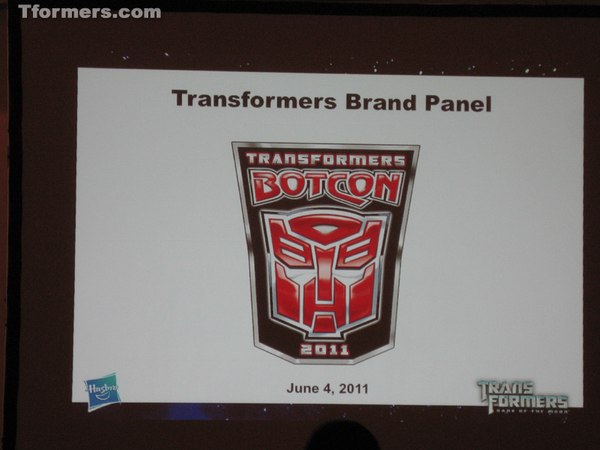 2011 is the most expansive year ever!

Each set will come with a 2-in-1 set for building
Related: See the KRE-O Line on Display at BotCon 2011
28 KREONS in launch line
16 Transformers KREONS, 12 Humans
Tons of Accessories! 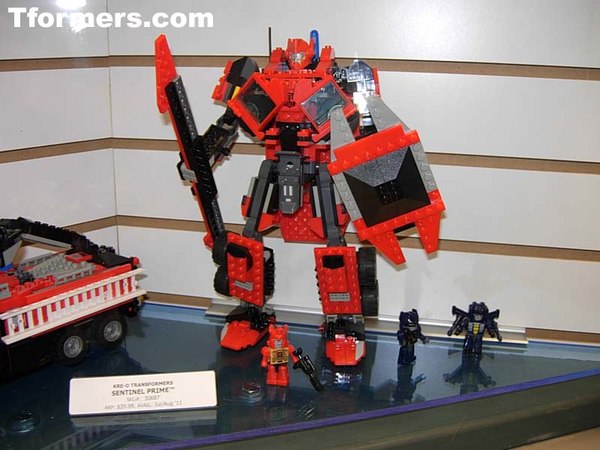 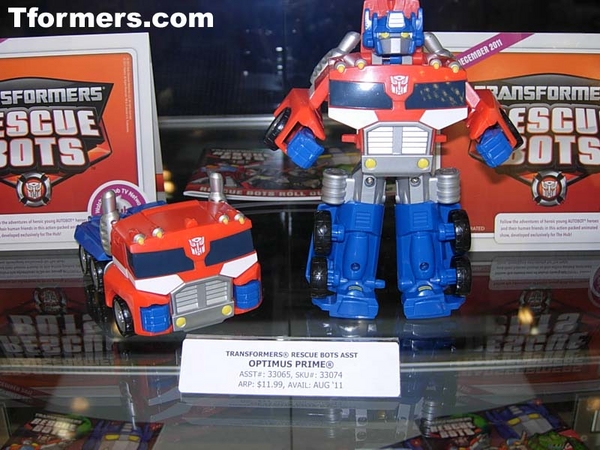 They cannot always predict the market and are saying that with the changing between Reveal the Shield and the movie, things get lost in the shuffle.

They will continue to get home for the figures that have not gotten out.

[Hopefully this will not turn into an Animated debacle -ed]

They didn't want to compromise the figure and actually externalized the features.

WAVE 5
Air Raid
A jet has a shield, and a large sword as well.

His shield turns into a blaster.

Dark Iron is a Sideswipe redeco
The designers love Quickstrike (from Beast Wars) and has a stinger in the Mechtech weapon like Quickstrike's.

WAVE 6
Will be released right after the film.

Wave 4 Cannon Force Ironhide
You will get a red and black version of Ironhide in the Voyager scale.

Leader Wave 2 Ironhide
Panels on his arm flip out with missiles flying out of his right leg. Knife on the right leg.

Shockwave with Fusion Tank
Different platforms and armored vehicles.
Related: See the Shockwave figure
A lot of stuff to enjoy with this figure. 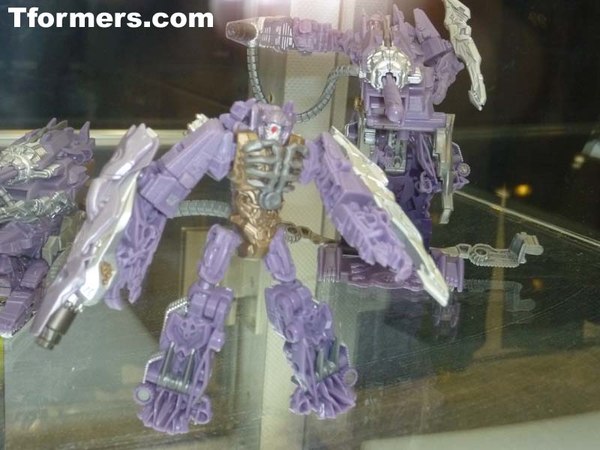 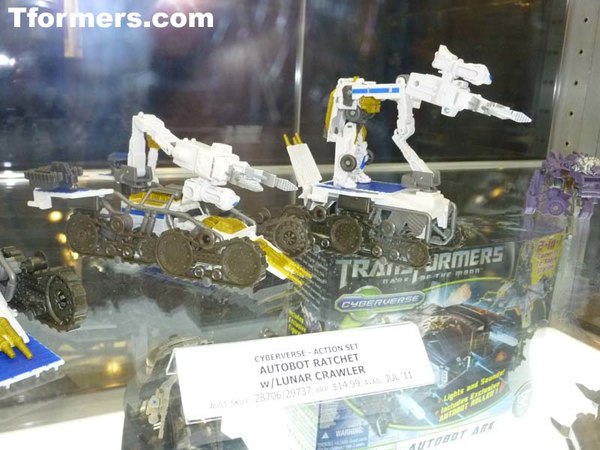 Ratchet and Bumblebee Scan Series
Coming out in wave 2

Cyberverse Battle Damaged Bumblebee
His Cyberverse play set will have METRO PD surrounding it, so kids can remake the accident that occured in DC!

TARGET
Human Alliance Leadfoot with Steel Jaw and Sergeant Detour
The dog was supposed to transform and become the engine, but they could not make it happen, or their scale would be too small. 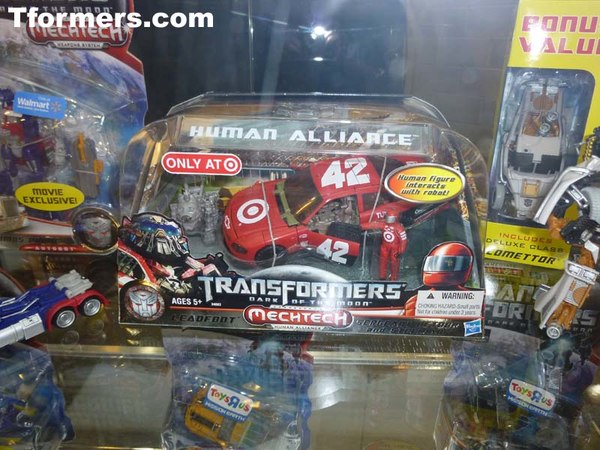 WALMART
Bumblebee and Sideswipe Deco Mode
Sideswipe is 04 because he was the fourth toy out in Japan. 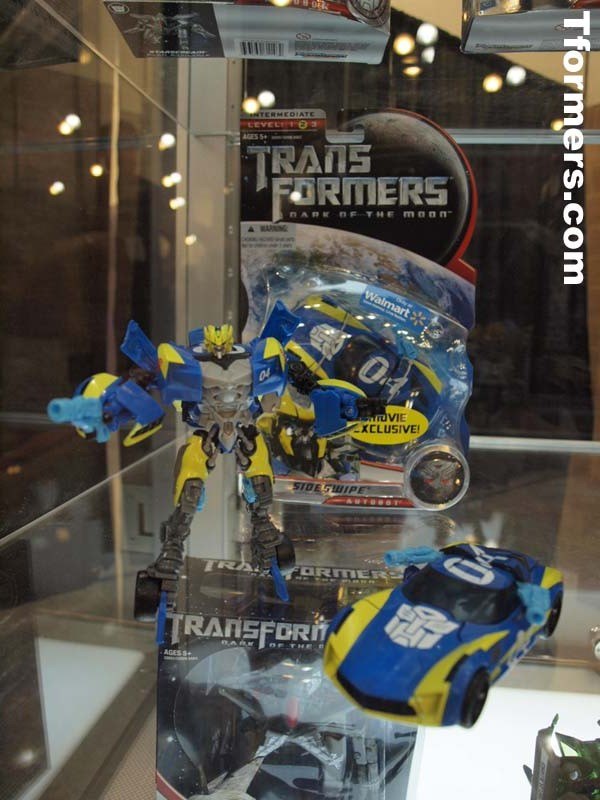 Bumblebee is a neon-green look

Backfire is a redecorated darker and a Sam Witwicky figure, too.

AMAZON
25th Anniversary Edition Unicron
Release in October
The figure will feature accurate color from the 1986 Transformers: The Movie. 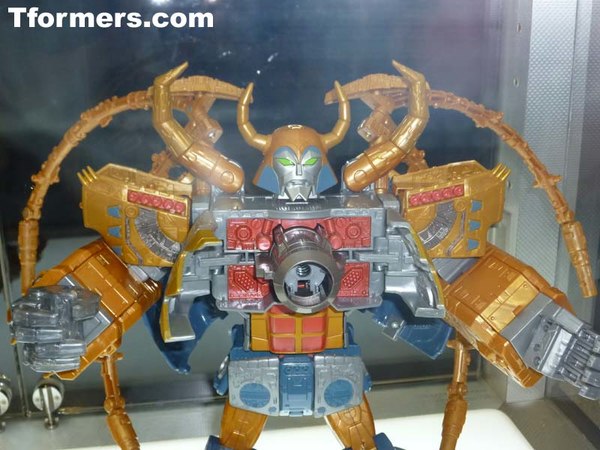 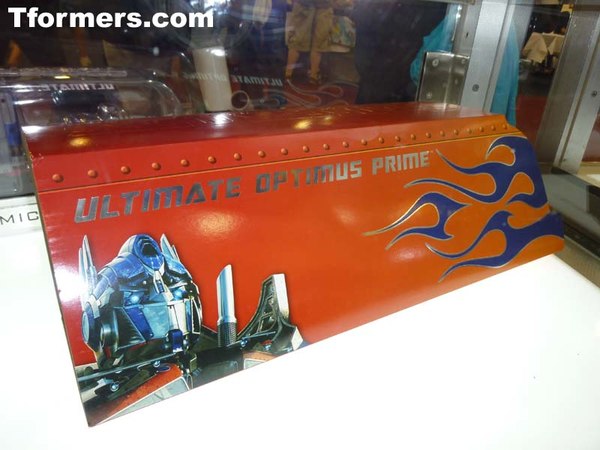 20 FOR 20 TOY PROMOTION
Starts July 25th through September 30th
Buy $20 worth of toys and send in receipt to receive limited edition Optimus Prime t-shirt as well as a code for a free song download!

FUTURE KEY EVENTS
Hasbro will be at New York Comic-Con in October!

Cliffjumper Wave 2
Wanted to get him in the line-up as soon as possible.

Terrorcon (Cliffjumper Repaint) and Vehicon Wave 3
"Have you hugged a zombie today?

Moving mountains and wanted to ensure that the transformation mirrors the animations.

Voyager Bulkhead
A favorite among the design team.

SDCC 2011 Matrix of Leadership Optimus Prime
The power of the Matrix is yours to hold and wear!

Related: See Images of the Packaging 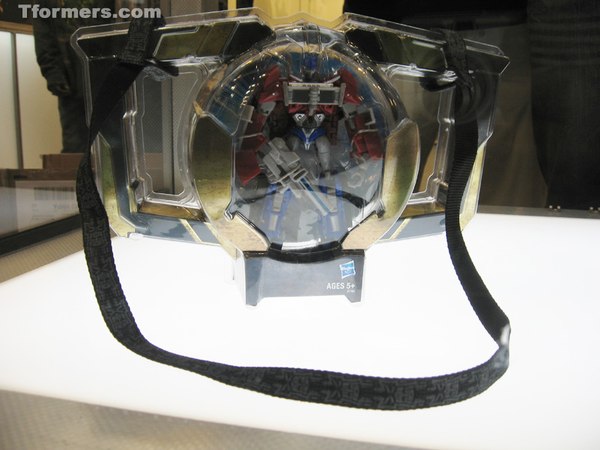 You can crack open his chest and take the Matrix out!

Cyberverse Ratchet
A concept only so far.

Cyberverse Wheeljack
A concept only.

The design process includes sketching, rendering, building. It is a lengthy process and evolves from sketch all the way to the end.

Deluxe Soundwave
Vehicle and robot mode line models shown.
He will come with Laserbeak and will fit on his chest. When he comes out of his chest, he will fan out.

Laserbeak can also be used as a blade.

Robot mode shown, with blades, too!

His blades can be snapped onto his grille.

Used to figure out how he can transform.

His robot mode, with twin blades, are shown.

Focuses on his ninja-like work.

Voyager Starscream
He will receive the Mechtech-type weapon but with lights.

When plugged into the arm, it will light up.

It is all concept right now, so please be advised it might not make it. 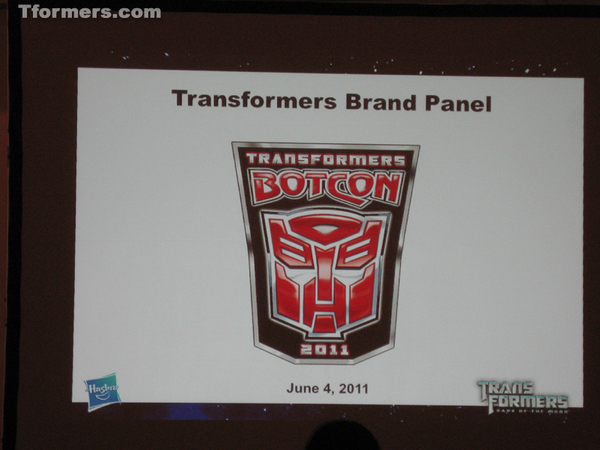 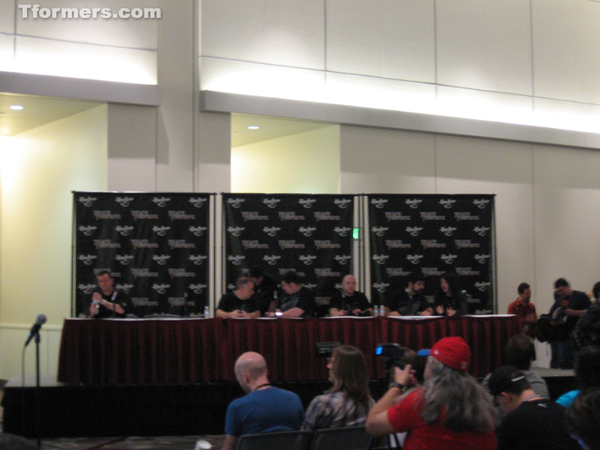