Matt "Tieg" Tieger provided some more details of the multiplayer customization, which will allow for "unpredecented ability to craft your own Transformer."

Players will be able to build their own Transformer, including head, chest, arms, legs, and paint all pieces. 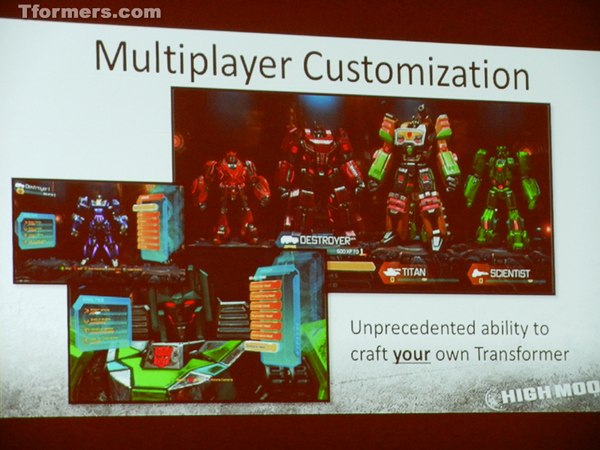 Each class - cars, trucks, planes, tanks - will have separate unlockable options to customize and as a player continues through the game, more unlockables will surface.

During the question and answer session, Mr. Tieger also dropped a welcome piece of news: Gregg Berger has lent his voice for Grimlock!

At first, Mr. Tieger explains, he was reluctant to recruit Mr. Berger because of his previous voice work, but when he actually did, Mr. Berger was fully on-board.

Transformers Fall of Cybertron will launch on August 28, 2012.

On the Transformers Prime news front, all of the television series voice actors will lend their voices to the game. The developers are targeting a holiday 2012 release.
24 Image(s) - Click to Enlarge 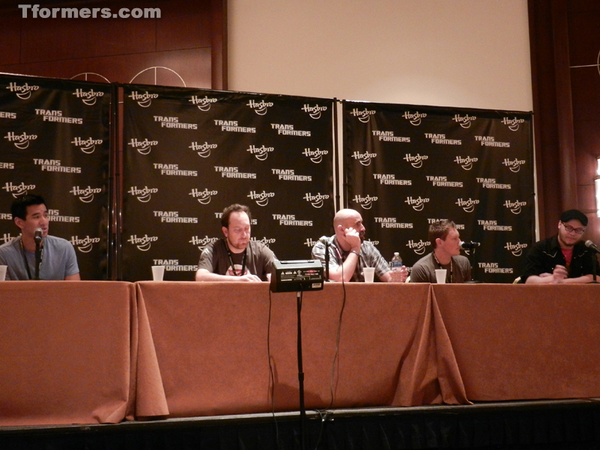 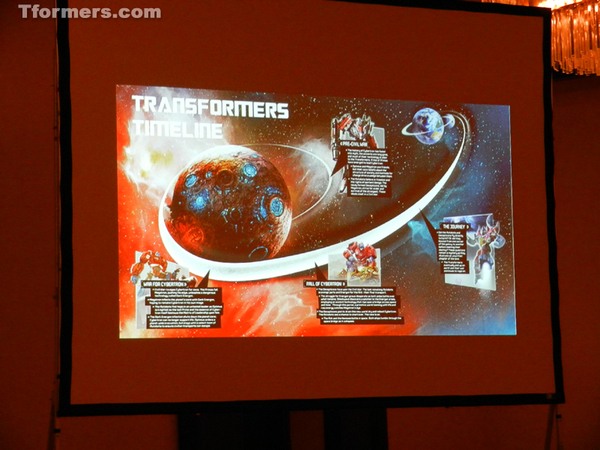 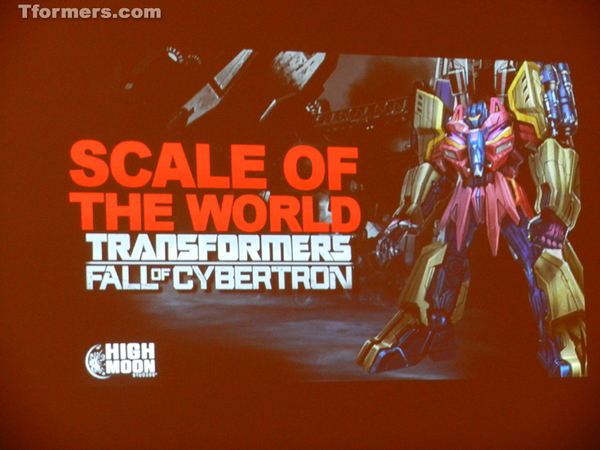 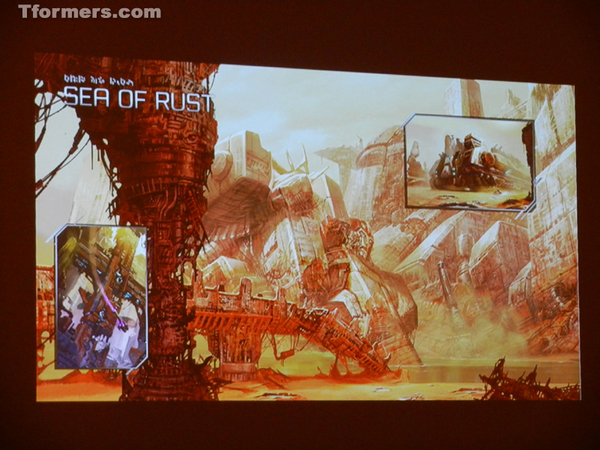 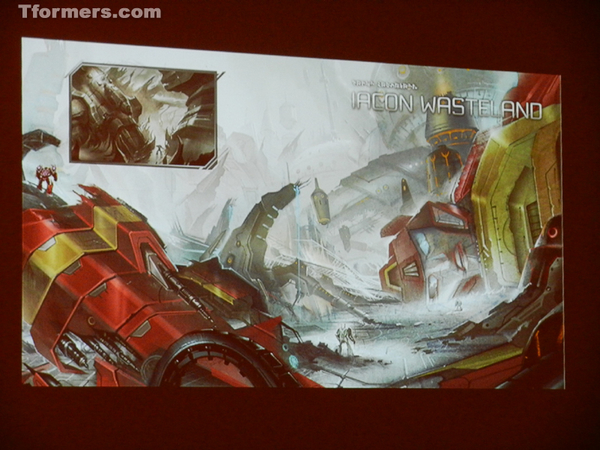 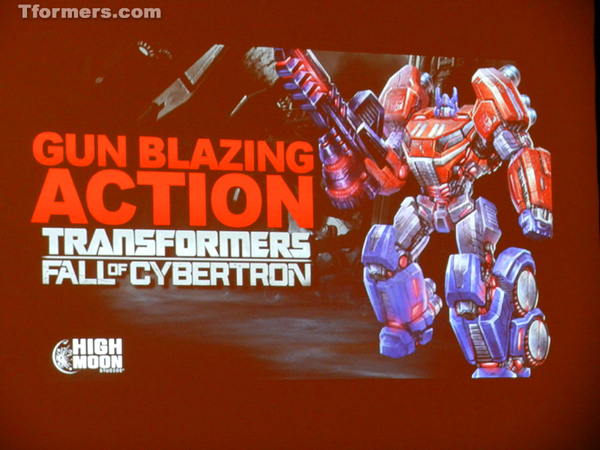 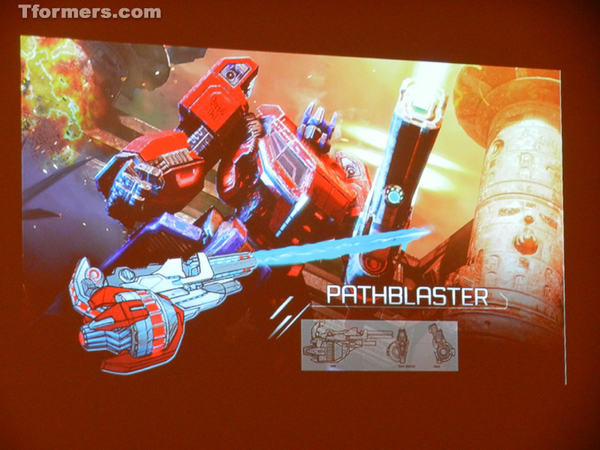 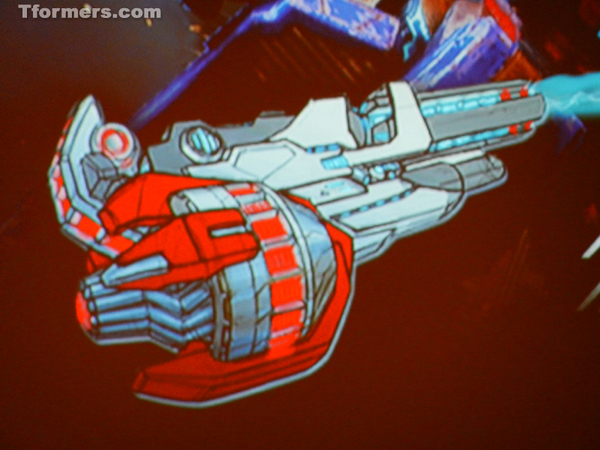 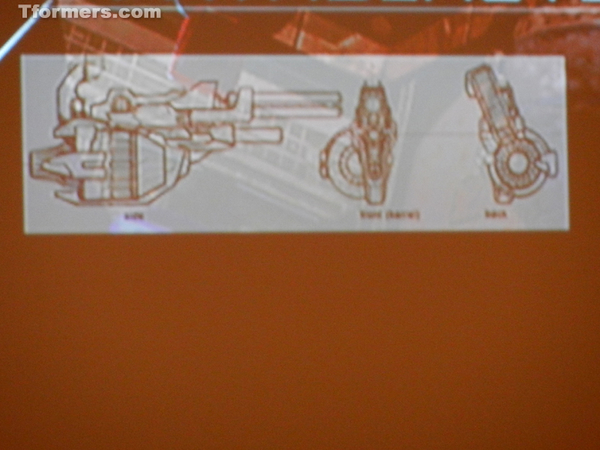 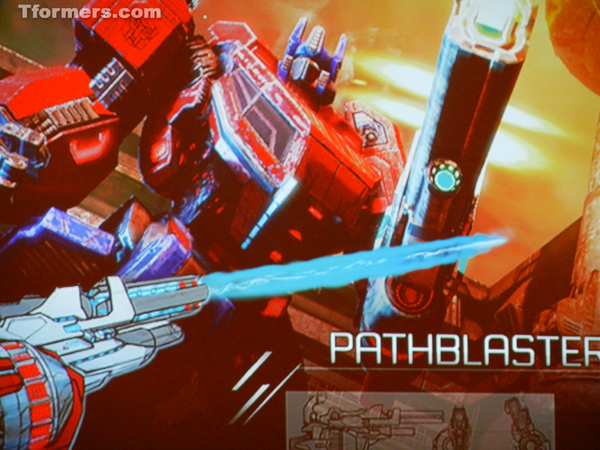 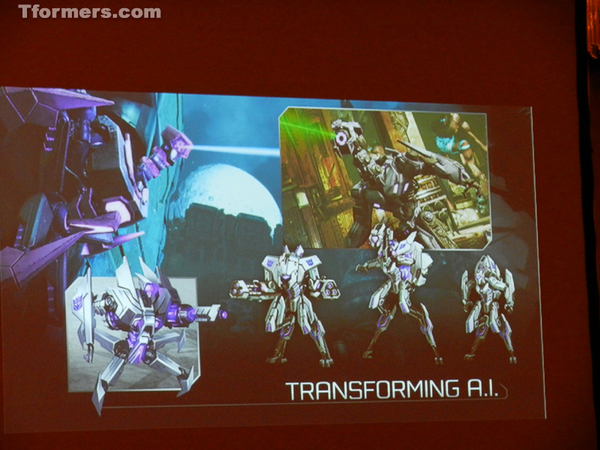 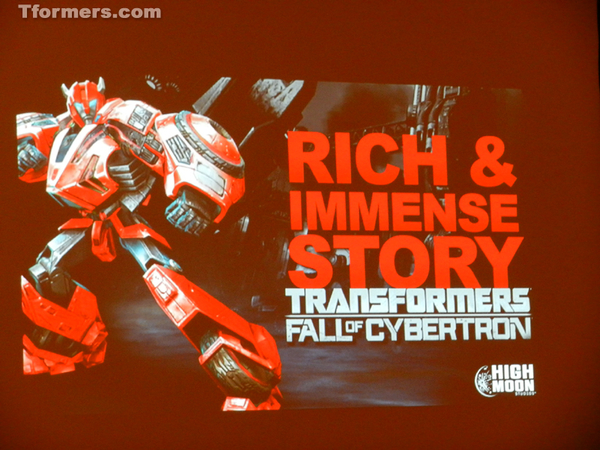 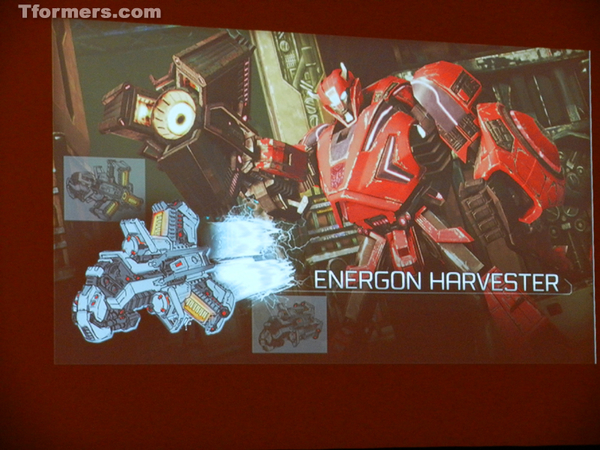 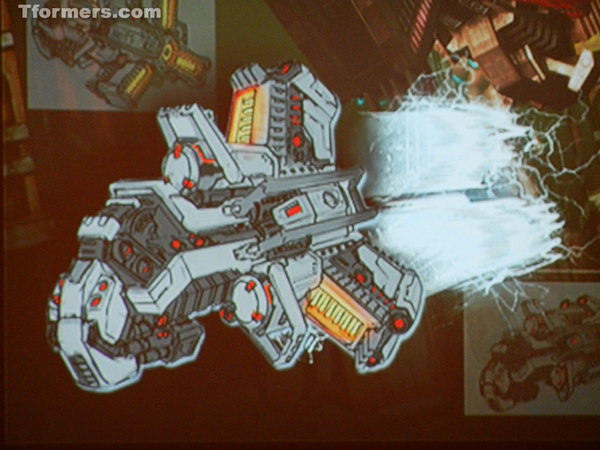 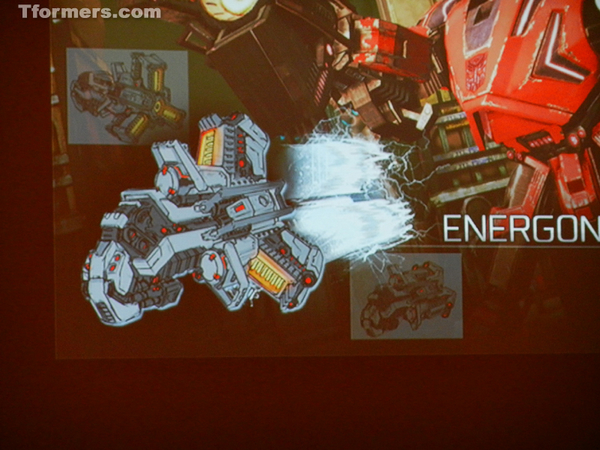 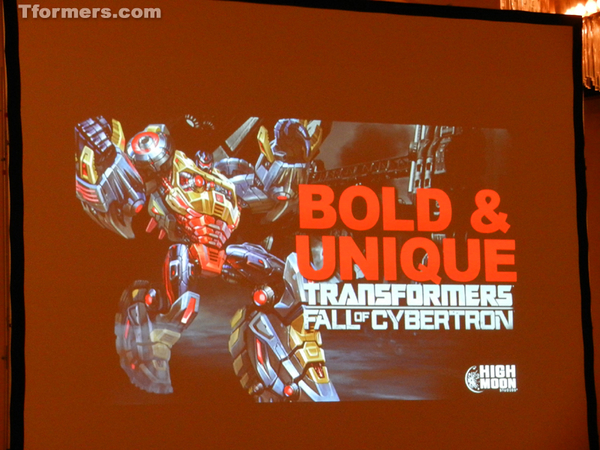 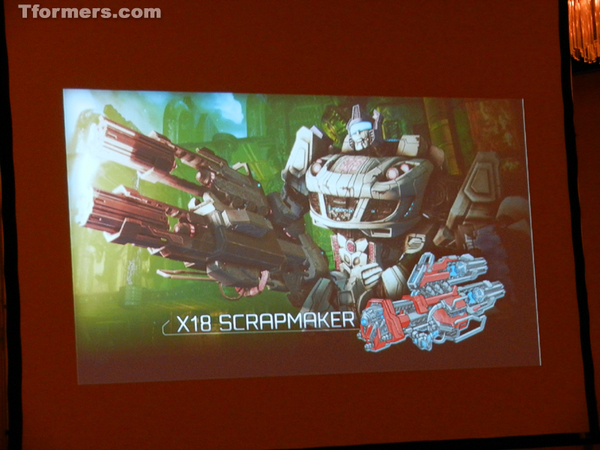 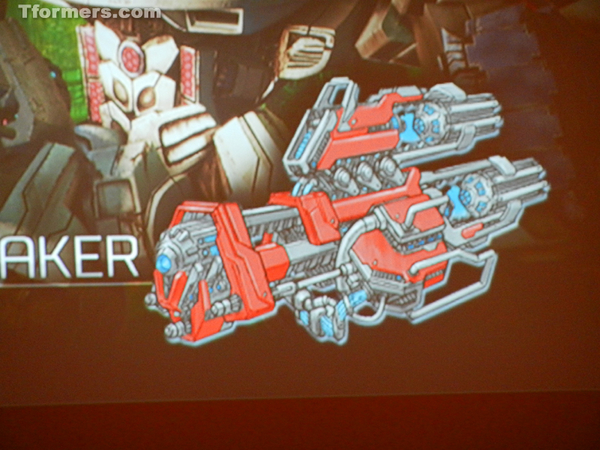 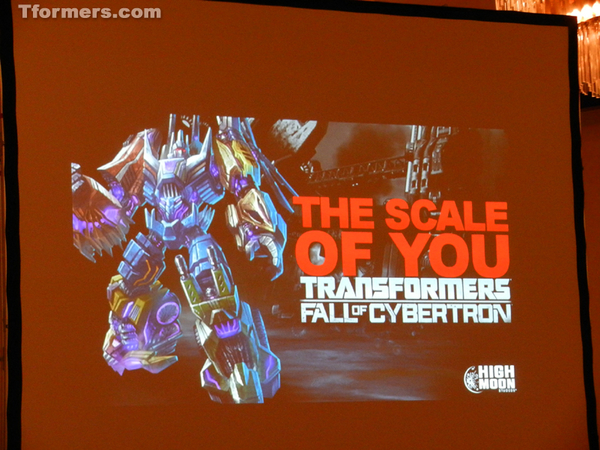 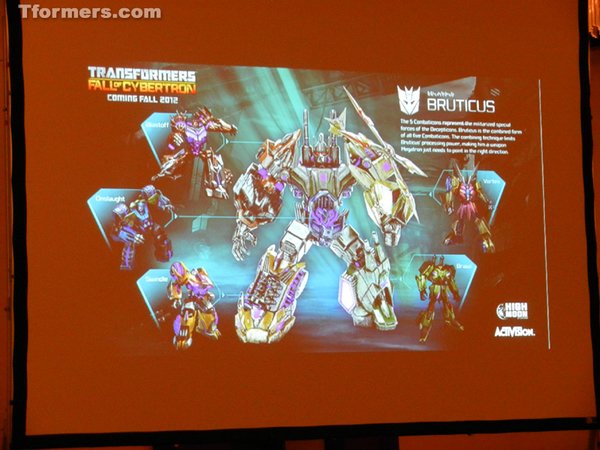 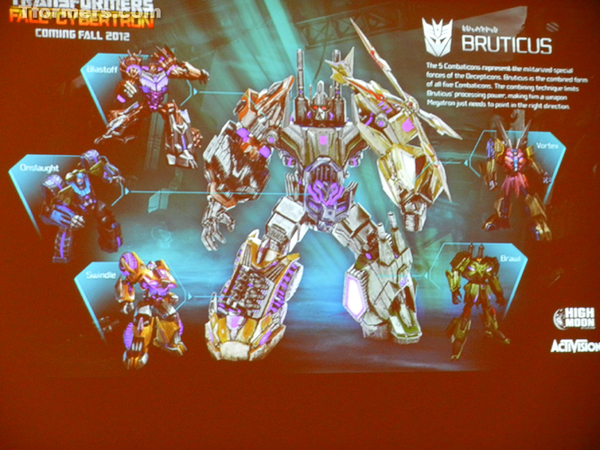 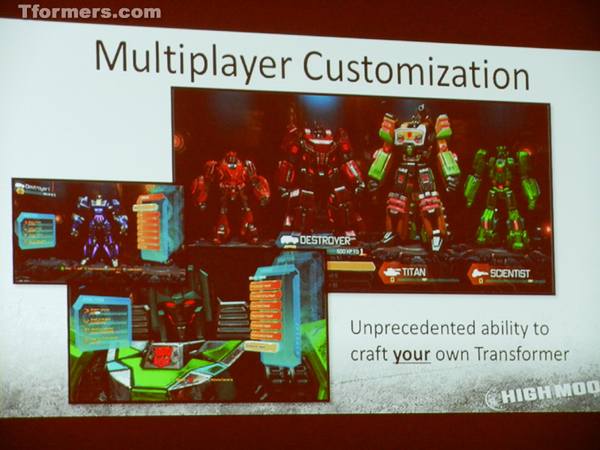 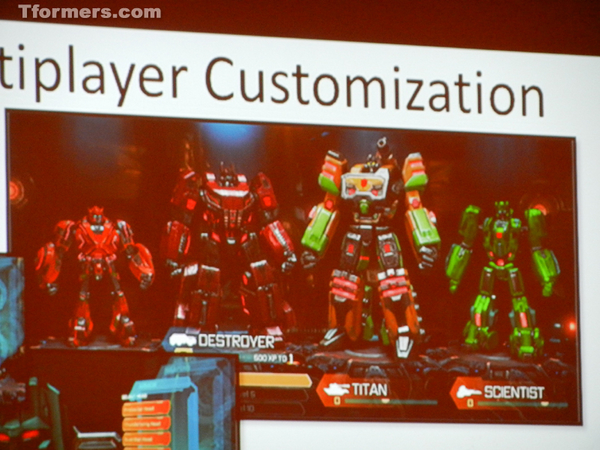 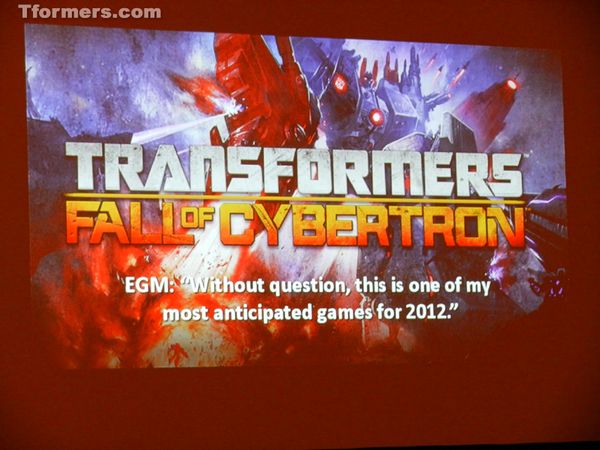