The Transformers Collectors Club have released an First look at TFSS characters in comic action with a two page preview of the "A Flash Forward" comic Epilog that delves into the next year's story said to follow the events of "Transformers Invasion" that they will be switching the TCC Magazine over to beginning with Issue #48, but they have decided to let us have a sneak peek now with all the TFSS mania going on.

TFSS Update!TCC members, here is an ADVANCE look at the Epilogue for this years TCC Magazine Comic story "A Flash Forward". While this was set to debut in print in Issue 48 of the TCC Magazine (following the conclusion of this years comic story), we decided that due to the fast approaching deadline for the TFSS, and all the interest in who and where these characters are from, to put the Epilogue online for all to enjoy!

Do not worry though, the Epilogue is spoiler free in regard to "A Flash Forward." What it does do though is give you a sneak peak in to NEXT years comic story. The 2013 TCC Magazine story will follow the events of "Transformers Invasion", so we will be switching to the Shattered Glass Universe. But we will say this. It is not at all what many of you will be expecting!

Click each photo below to check out the Epilogue and then review our TFSS info page to check out the six amazing figures that are being offered through the exclusive Transformers Figure Subscription Service!

Remember, you have to be a member of the TCC to order the TFSS. As a member you will receive a FREE membership Incentive Figure (Depthcharge), 6 issues of the TCC magazine, discounts on BotCon 2013 packages and other great perks! All you have to do is... Join Now! 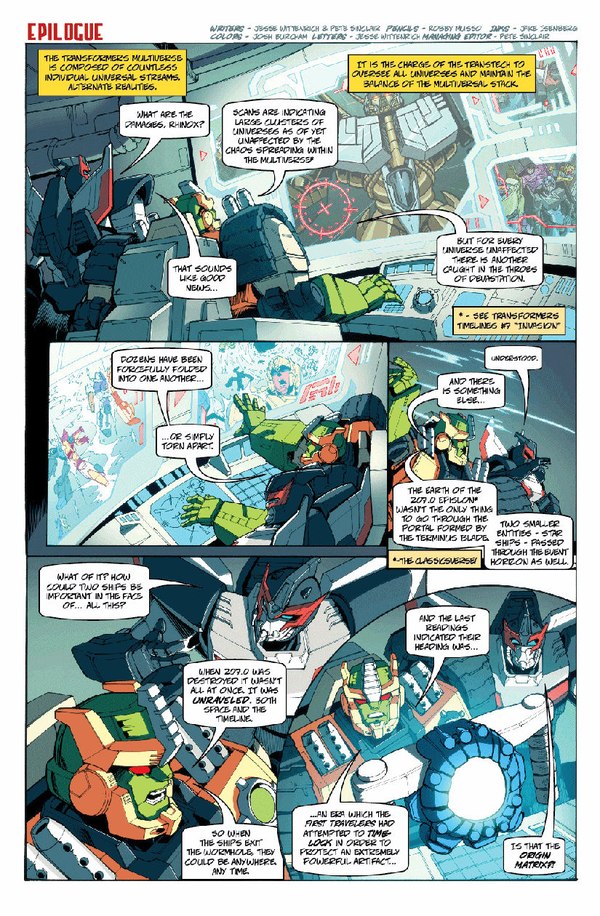 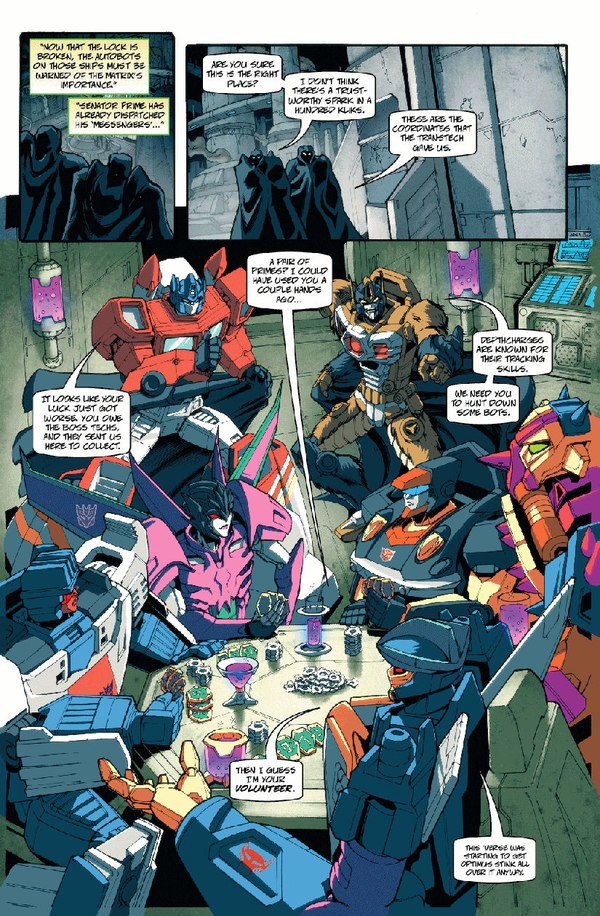 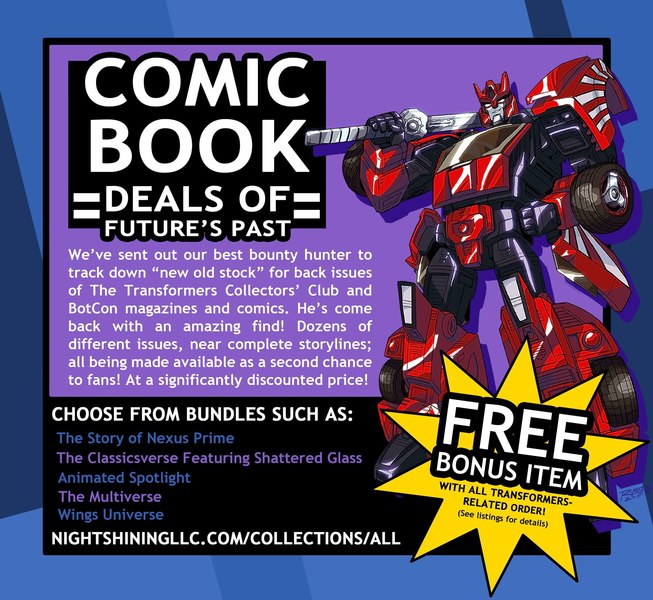