Confirmed - War For Cybertron Game Will Have Limited Assortment Toyline

by bwbm on January 25, 2010
UPDATE - Transformers Collectors' Club has officially released the Bumblebee image that was previously reported here. More information on the reveal of issue #31 is available in this article.

So after a couple of reports that the upcoming Transformers: War for Cybertron video game from Activision and High Moon Studios would be accompanied by a toyline from Hasbro, Inc., it has been officially confirmed that this is indeed true.

The official statement was obtained by Game Informer, who requested comment from Hasbro, Inc.

"In 2010, Hasbro will be introducing a limited assortment of Transformers figures tied to Activision’s War for Cybertron game," the statement reads on the magazine's website.

"At this moment, this is all that we can share with you. We appreciate your understanding." 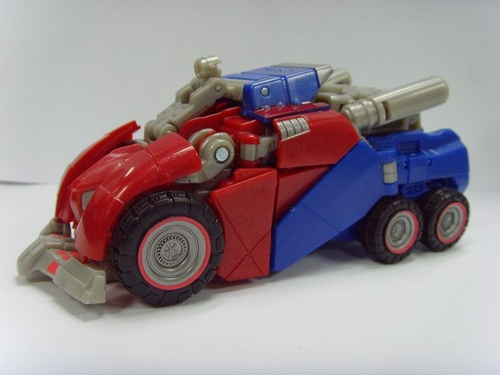 To accompany this news, there is an auction available on Chinese auction site TaoBao right now for the War For Cybertron Bumblebee figure. Update: Image has been removed at the request of Hasbro, Inc.

The figure seems to be very true to the video game appearance, albeit a little more gold.

According to various sources, the Transformers Collectors Club Magazine has been shipped out to mailboxes nationwide and also includes an image of War For Cybertron Bumblebee in vehicle mode.

However, club members on the TFormers Staff still have yet to receive the newest issue, so we cannot confirm these reports. When we can, we will provide a separate post.