by ExVee
December 4, 2019
An initial product listing has gone up on Amazon Japan for Transformers Earthrise Ironworks, who'll be sold as ER-04 by TakaraTomy. The actual product page isn't viewable just yet, but Autobase Aichi was able to use the Amazon marketplace listing as a jumping off point to find some of the stock photos.

While much of this is very similar to the promotional images Hasbro released for Ironworks already, we do get to see a good shot of Ironworks playing Weaponizer, equipped to Wheeljack. This is our best look at the armor-up play pattern Earthrise's Modulators are inheriting from Siege's Weaponizers so far, though the utility of Ironworks as a power-up is somewhat debatable. Otherwise, this is a good showing for the final intended deco of Ironworks, which shows no shortage of yellow paint over darker plastic colors. The result is a somewhat dirty appearance that's suitable for something that looks like construction equipment, but whether that effect was intentional or a happy accident is anyone's guess.

Ironworks is due out in Japan at the end of May, but will be sold in Hasbro's markets as part of Deluxe wave 1 with an on-sale date of March 1st.
Image 1 of 4 (click to enlarge) 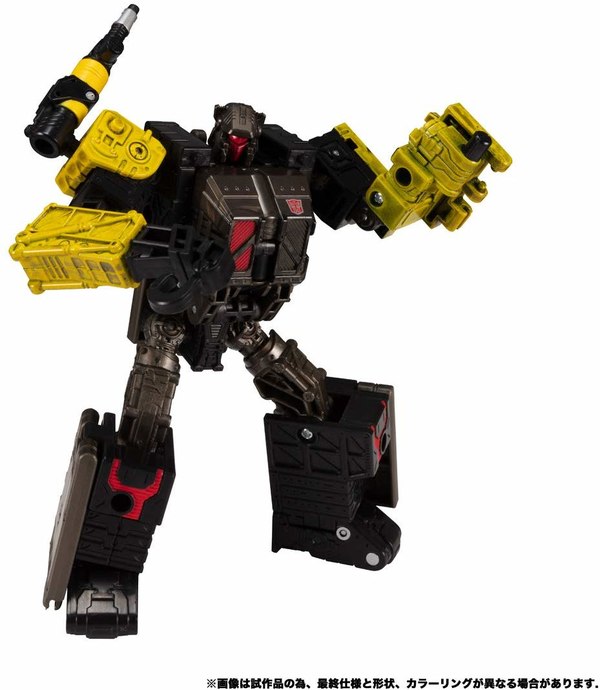 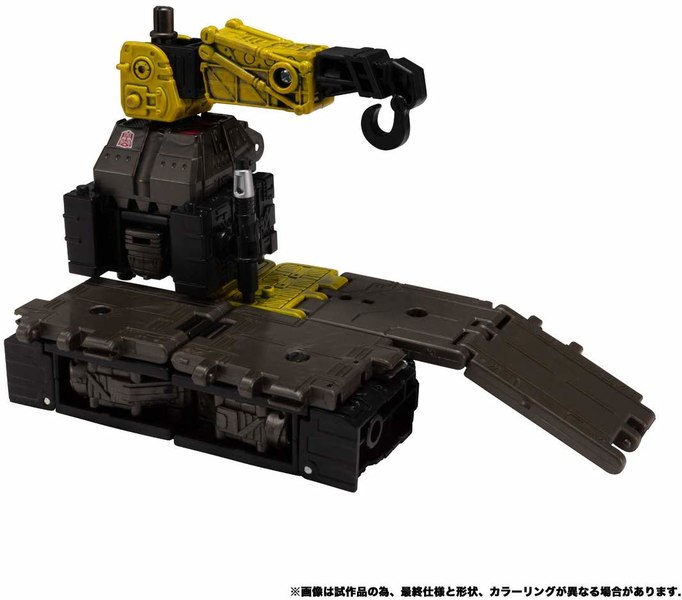 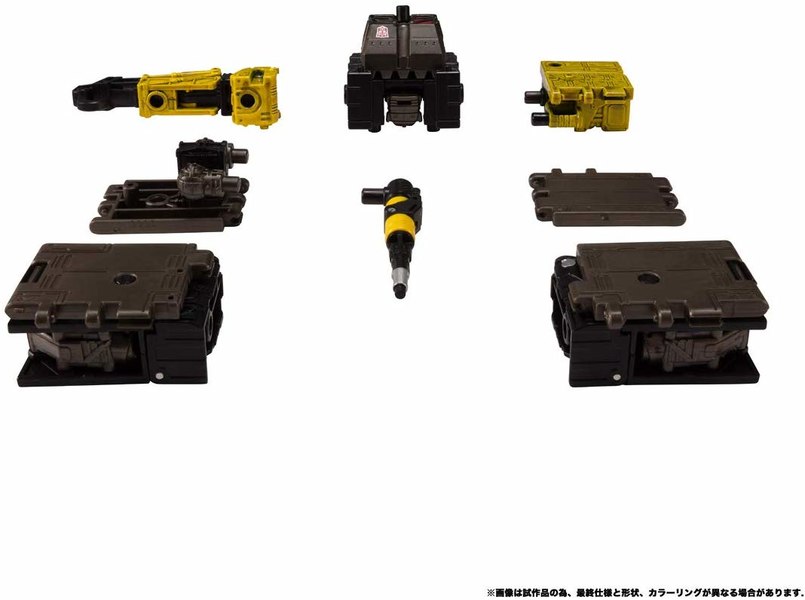 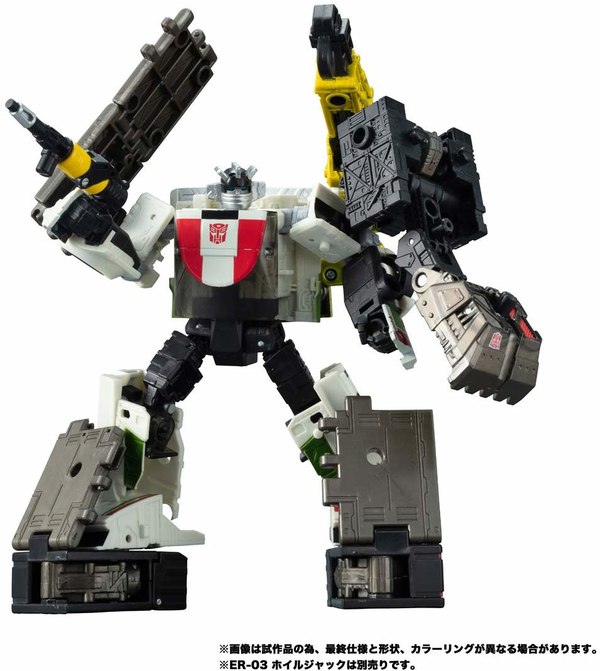 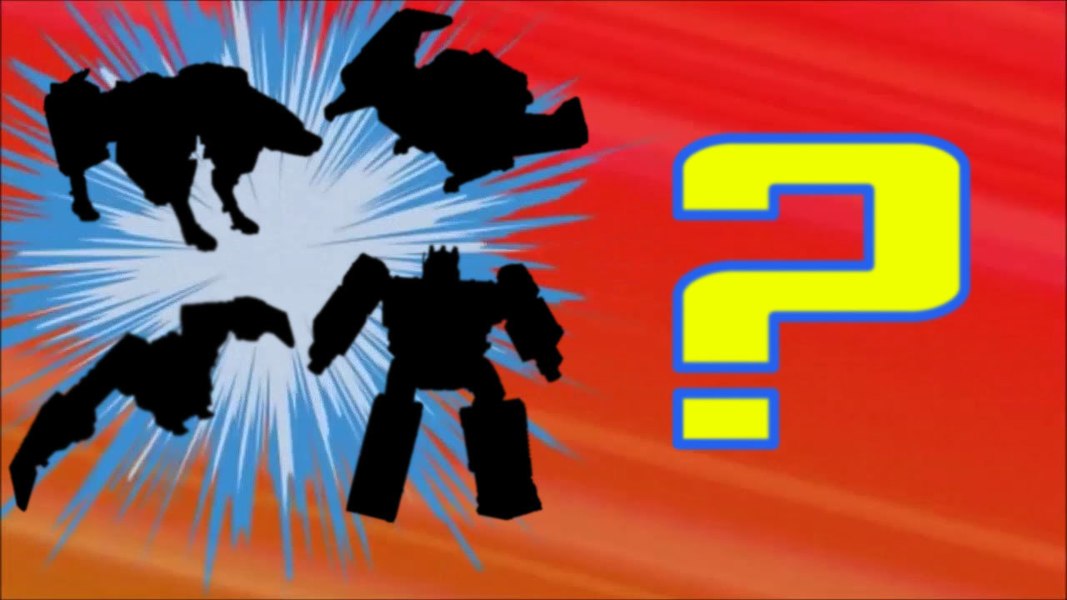