There's some new in-hand photos of Earthrise Leader class Optimus Prime making the rounds today, though we can't identify the actual, primary source that first shared them as it appears they want to stay anonymous.

It's quite surprising to see photos like these already, as the toy isn't scheduled to be released until the 1st of March. This could suggest we'll see some retailers begin to offer this and probably other Earthrise toys quite a bit sooner. But even more surprising is apparent deco revisions to Optimus Prime after New York Comic Con!

The Earthrise reveal event Hasbro had for fan media representatives in New York showed an Optimus with grey parts in several places that had been shown as blue in the initial product renders. We were told that this reflected the finalized plastic color layout the toy would have, which especially when it came to the now grey hands troubled some fans.

Today's photos reveal that the colors have been tweaked again, and the blue hands appear to be back! They have a glossy, somewhat metallic finish that looks very much like paint. The other very noticeable change is that the eyes have gone from toy-inspired yellow, to cartoon blue, which will on its own perhaps be a mildly divisive change. 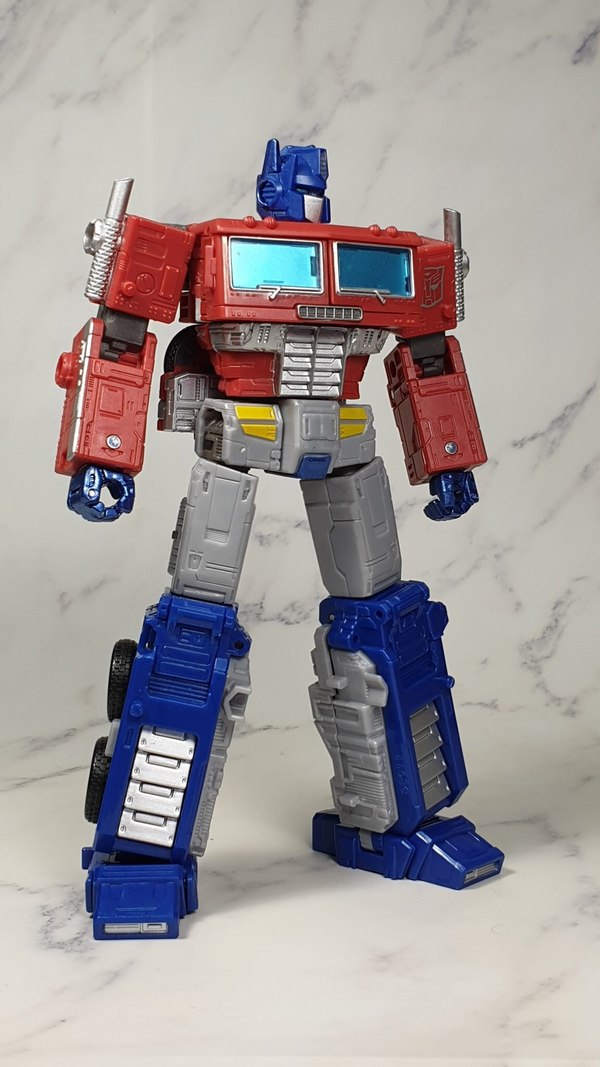 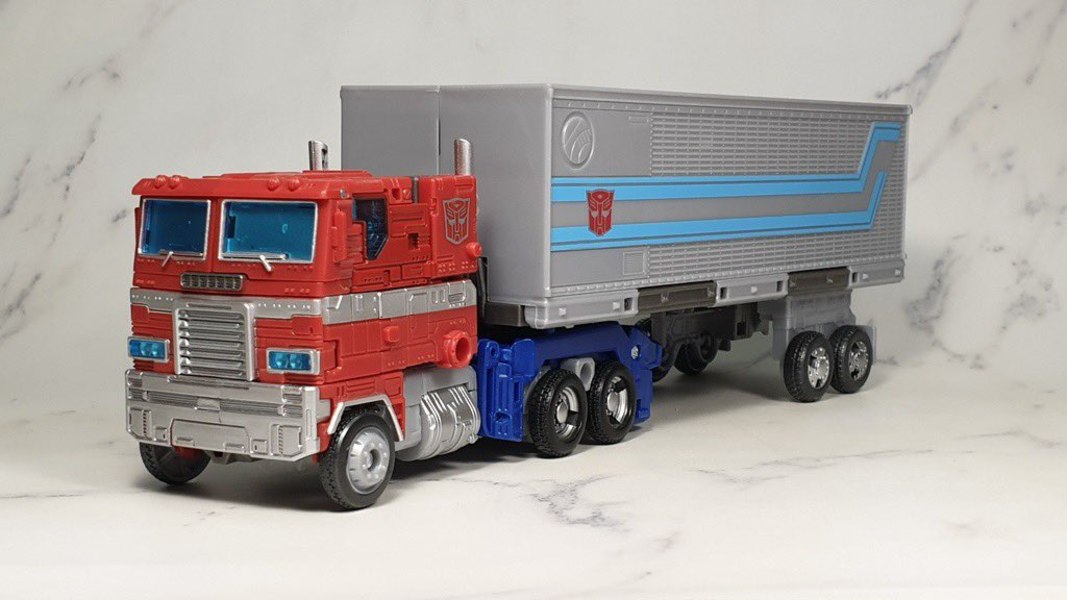 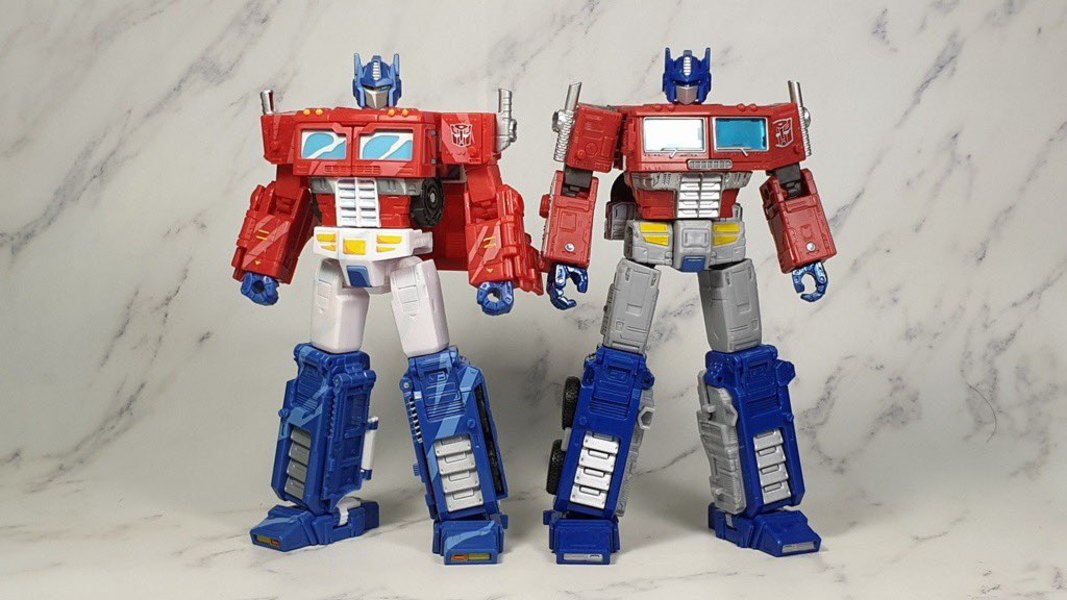 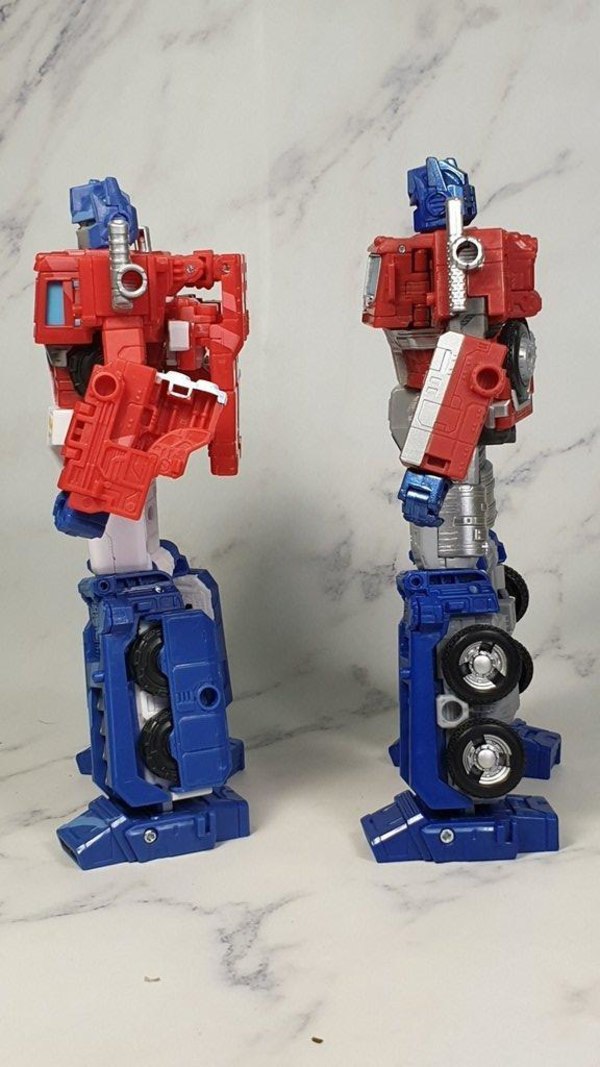 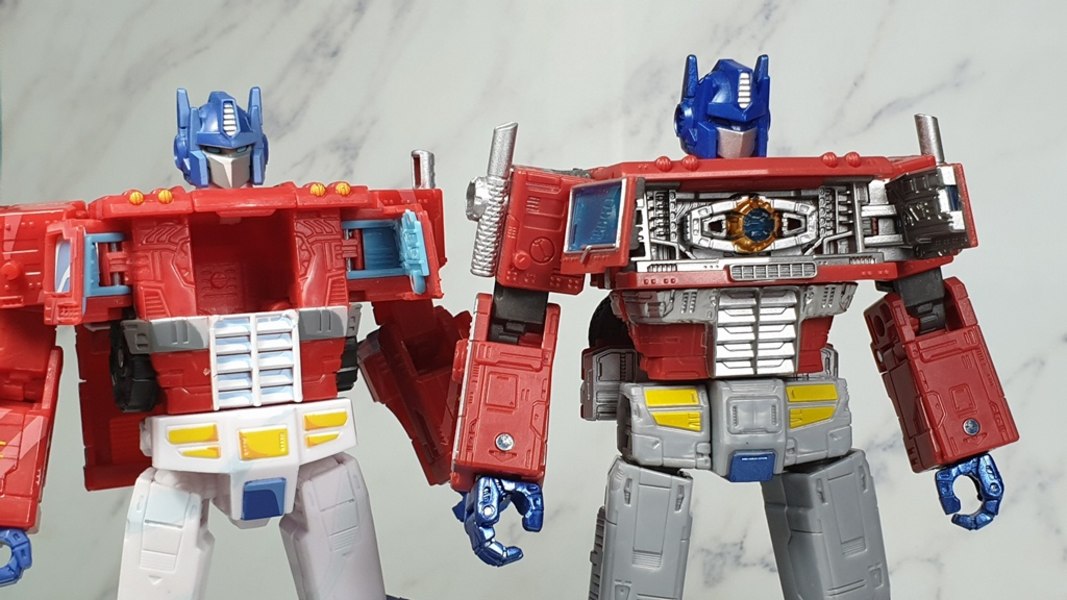 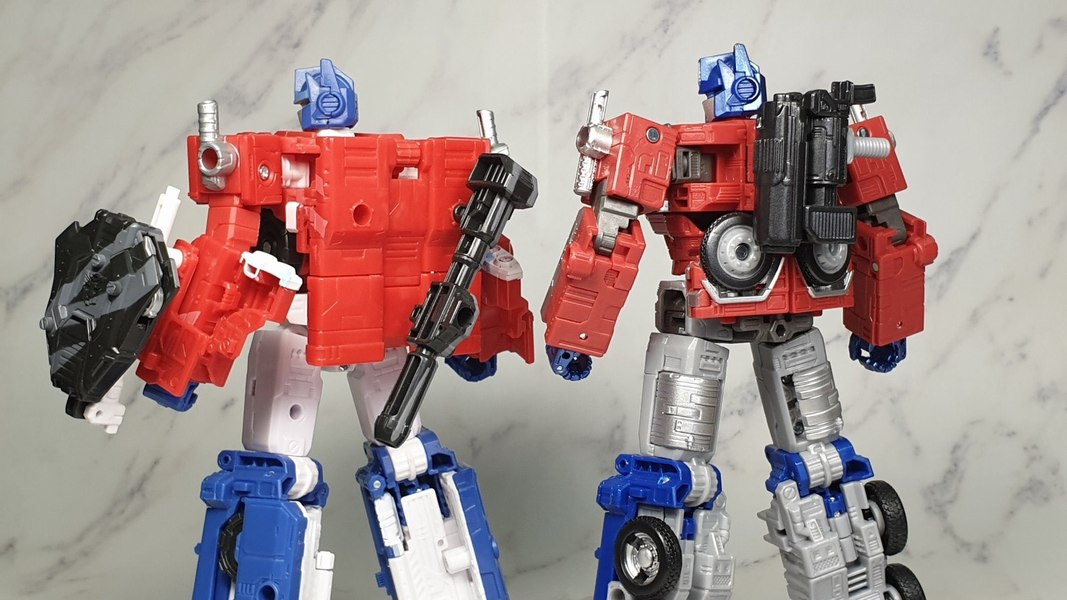 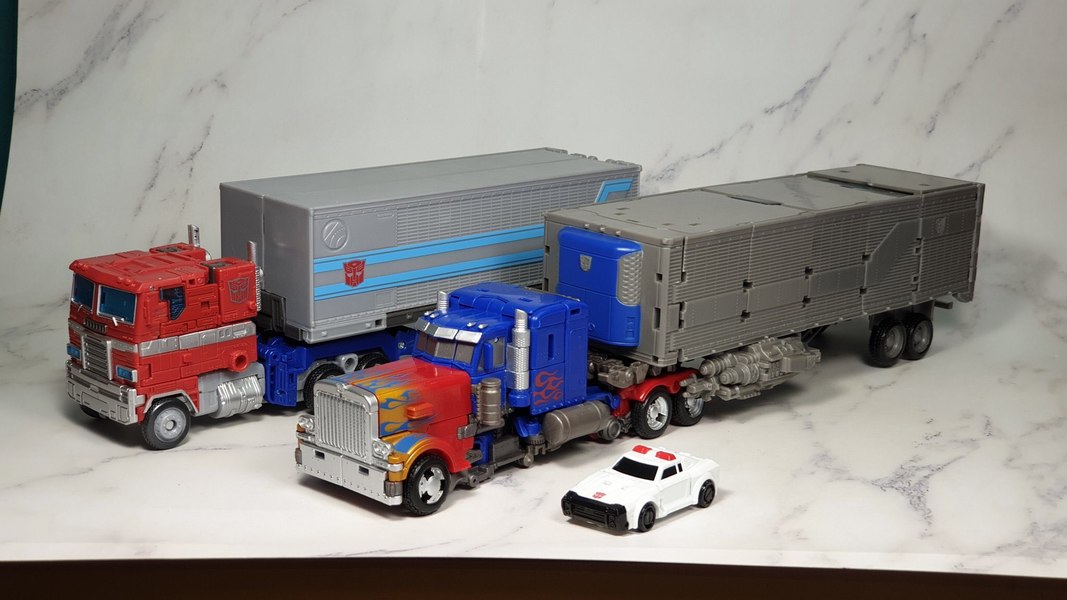 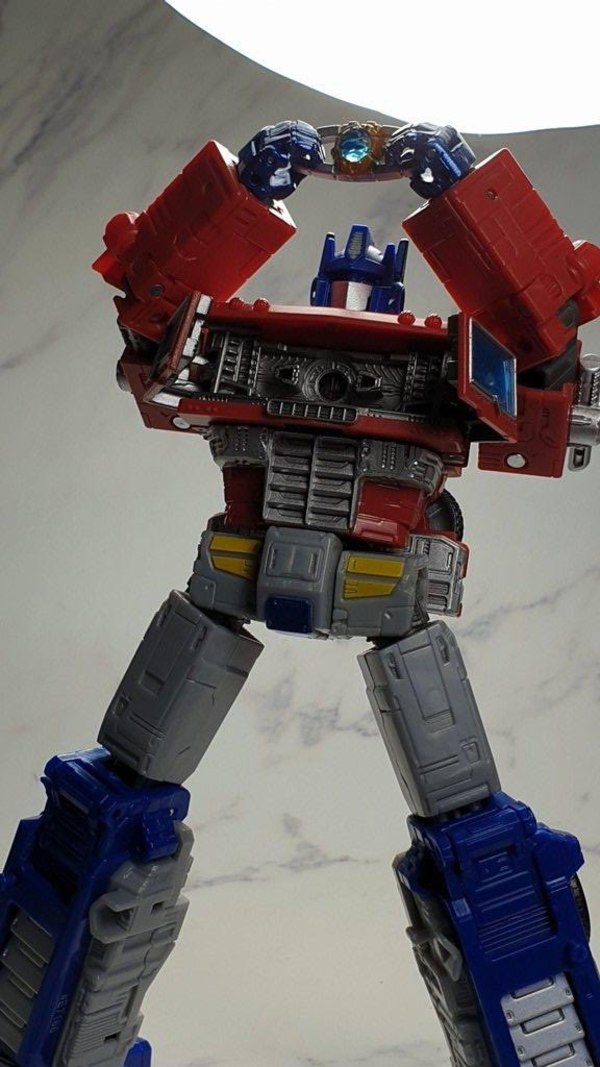 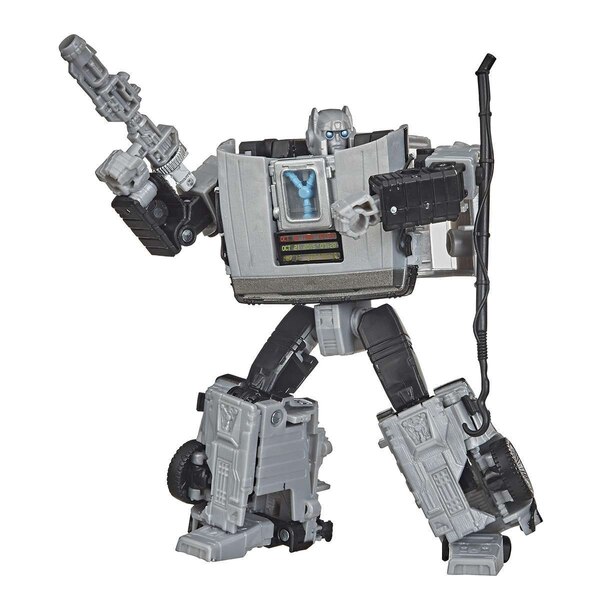 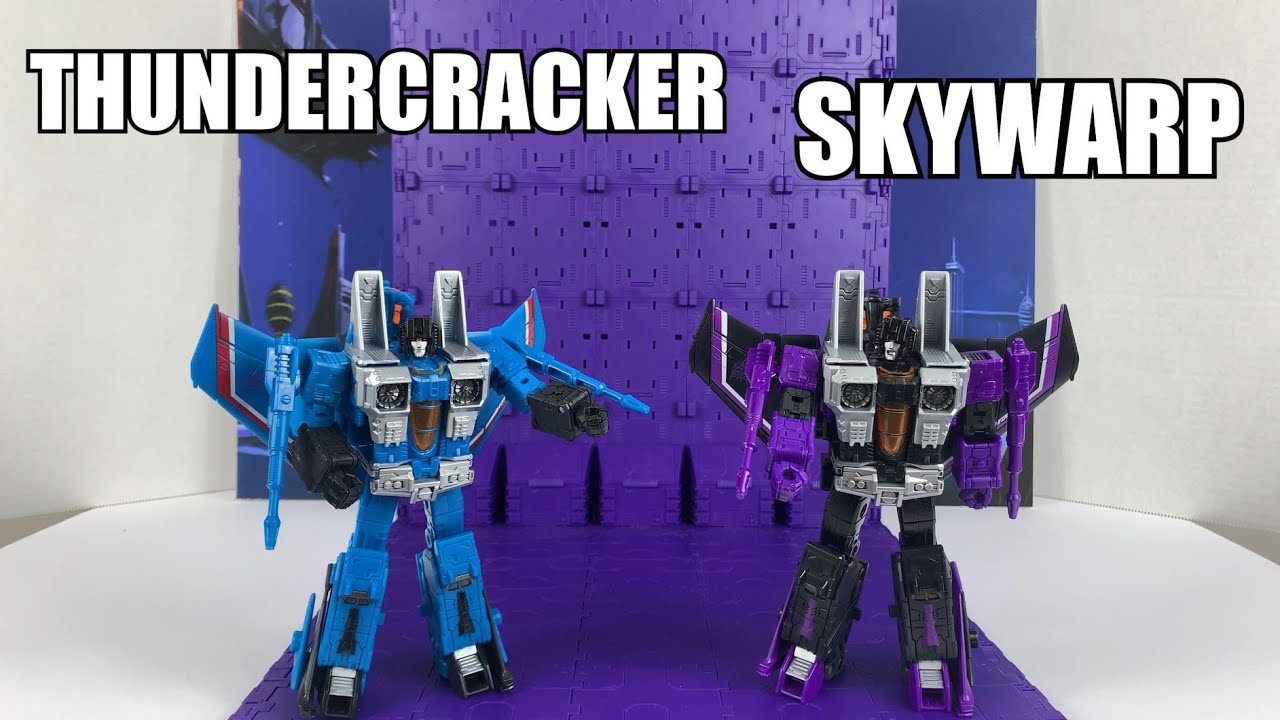 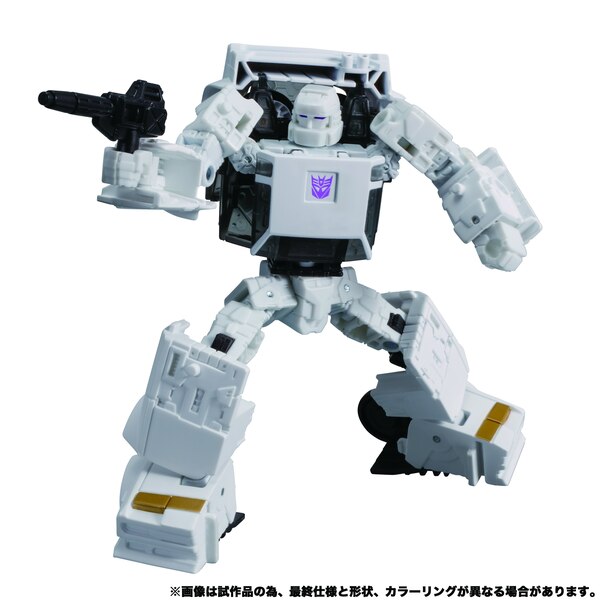 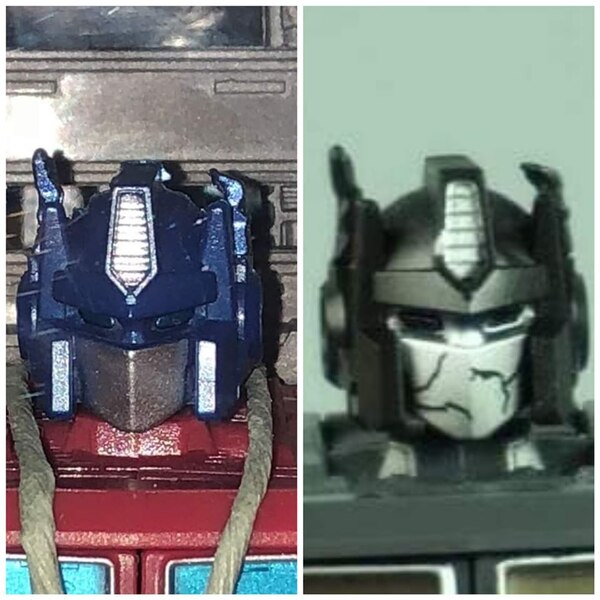 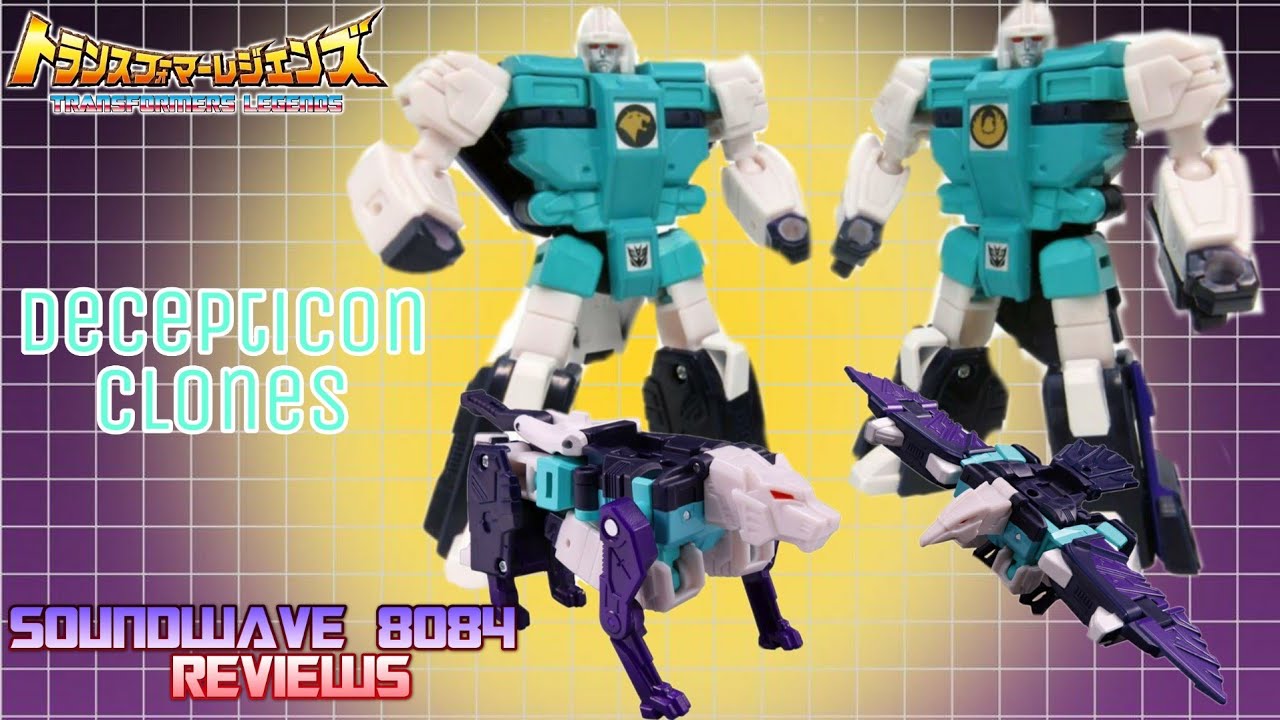