by BLACKOUT34 on January 24, 2009
Thanks coffee at The-Arker for posting some brand new images of Transformers Revenge of the Fallen action figures. The images show is some new products we've not seen yet called "Human Alliance" that includes a Alternator style Bumblebee with mini-Sam figure that has some very interesting features you'll want to read all about. Fans of Bumblebee and Sam Witwicky will really like this new release that comes with a miniature action figure of Sam that can actually fit into the drivers seat. According to the packaging, "Human Allies Ride Inside - Additional figures sold separately." Read the character bio's from the box as follows:

Bumblebee and Sam were best friends from the moment they first met face to day. As they learned more about one another, that connect grew deeper and deeper. Now, whether Sam is behind the wheel, or standing side by side with his friend, they work together as a team. Against Bumblebee and his human friend, no Decepticon stands a chance.

If you didn't notice, Bumblebee has real doors that open, an interior with a steering wheel and seats much like we saw in the Transformers Alternators line. Bumblebee has also been remolded with new flip out cannons and a little chair for Sam to sit in above the "launching plasma pulse" weapon. 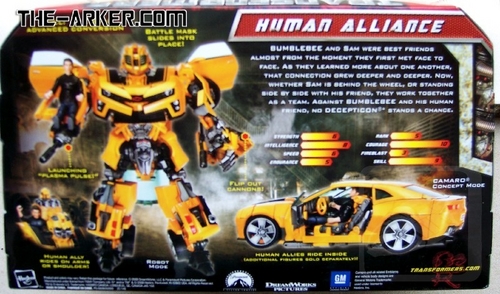 Whoa, is that far out? While I am sure Hasbro meant to do something really cool. To me, it makes Sam look ridiculous sitting up there because the figures are not to scale. It looks off, like Sam's been transformed into Bumblebee's arm or something. Don't forget to buckle-up Sam!
3 Image(s) - Click to Enlarge 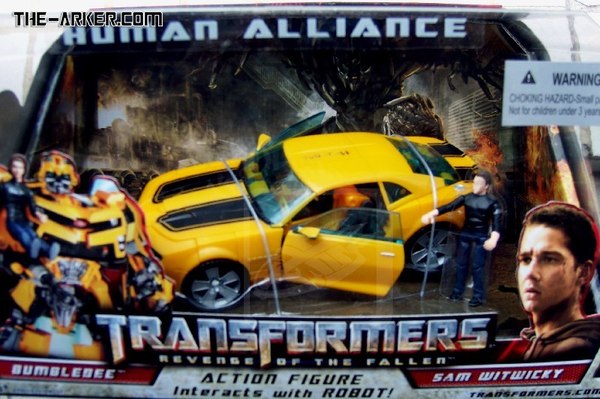 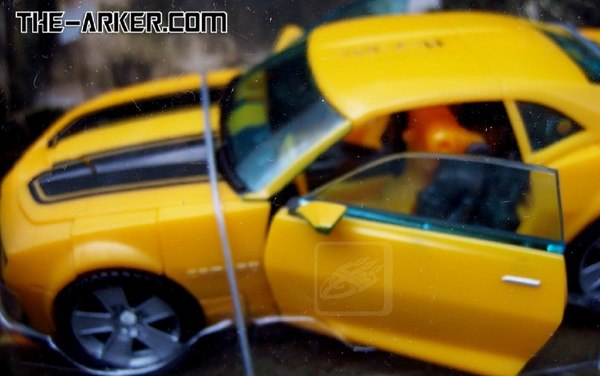 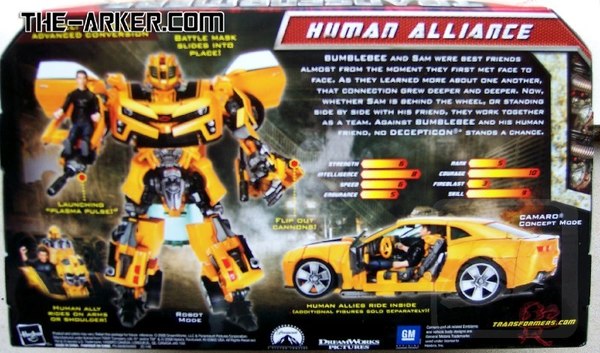