Thanks to Previews World we have our first look at July's Transformers comic books. Hitting this summer is the one shot lead in to Titans Return which reportedly will follow up in subsequent issues of The Transformers, More Than Meets The Eye, and Till All Are One. Also this month are the trades for Sins of The Wreckers, and volume 9 of The Transformers, and of course all the ROM variant covers teased this week. Keep reading for the solicit text and cover previews!

TRANSFORMERS #55
(W) John Barber (A/CA) Andrew Griffith
ALL HAIL OPTIMUS-CONCLUSION! GALVATRON vs. SOUNDWAVE vs. ARCEE vs. COSMOS vs. OPTIMUS PRIME vs. humanity!
Bullet points:
The war for Earth extends to outer space!
Ultimate victory-or final defeat? Or... both?
Setting the stage for TITANS RETURN-and beyond!
Part of IDW's month-long variant cover program, celebrating the return of ROM!
In Shops: 7/27/2016
SRP: $3.99

TRANSFORMERS MORE THAN MEETS EYE #55
(W) James Roberts (A/CA) Alex Milne
The battle against the DECEPTICON JUSTICE DIVISION is finally over, and for the few AUTOBOTS left standing, all that's left are words. Four words, to be precise. Four terrible words, millions of years old, that gave the DECEPTICONS their name.
Bullet points:
An unexpected ending? Or the most unexpected ending?
The crew of the Lost Light has never seen higher stakes!
Setting the stage for TITANS RETURN-and beyond!
Part of IDW's month-long variant cover program, celebrating the return of ROM!
In Shops: 7/27/2016
SRP: $3.99

TRANSFORMERS TILL ALL ARE ONE #2
(W) Mairghread Scott (A/CA) Sara Pitre-Durocher
PANIC ON THE STREETS OF CYBERTRON! As STARSCREAM'S secret police continue on their rampage, IRONHIDE is caught between the BADGLESS and a population looking for retribution!
Bullet points:
CYBERTRON takes center stage-can STARSCREAM hold on while power slips through his fingers?
Fan favorite character WINDBLADE tries to keep the peace!
Part of IDW's month-long variant cover program, celebrating the return of ROM!
In Shops: 7/6/2016
SRP: $3.99

TRANSFORMERS TITANS RETURN (ONE SHOT) 1
(W) Mairghread Scott & Various (A/CA) Livio Ramondelli
THE LAST AUTOBOT! Once he ruled CYBERTRON with a brutal (and literal) iron fist... left for dead four million years ago, SENTINEL PRIME is back. But in a world where STARSCREAM rules CYBERTON, OPTIMUS PRIME has invaded Earth, and MEGATRON is an AUTOBOT-SENTINEL doesn't like what he sees!
Bullet points:
The story continues in TRANSFORMERS #56 and MORE THAN MEETS THE EYE #56 next month, and expands to TILL ALL ARE ONE this fall!
For the first time ever-Scott, Roberts, and Barber working together on one story!
Plus the powerful noir art of superstar Livio Ramondelli!
After OPTIMUS is hailed; after the LIGHT dies... the next phase of TRANSFORMERS comics starts here!
In Shops: 7/20/2016
SRP: $4.99

TRANSFORMERS SINS OF WRECKERS TP
(W/A/CA) Nick Roche
THE WRECKERS RETURN! Somebody's kidnapped PROWL... but does anybody want him back? A lifetime of messing with everybody's lives comes around to haunt him. Fortunately, he's always got a plan. In this case... the team of brutal, broken heroes... the WRECKERS

Bullet points:
"This book and its predecessor prove that it's possible to treat the Transformers franchise with utmost seriousness, as long as there's room for occasional moments of silliness and bombast." -IGN
In Shops: 7/20/2016
SRP: $19.99

TRANSFORMERS TP VOL 09
(W) John Barber (A) Sara Pitre-Durocher, Andrew Griffith
OPTIMUS PRIME struggles to find his place on CYBERTRON where half the population hates him and the other half worships him. Meanwhile, on Earth, GALVATRON doesn't care what anybody thinks. Collects issues #46-49.
Bullet points:
"The world of the Transformers is a complex and interesting place and it will only continue to become more epic as these tales expand." -BigGlasgowComic
Item Code: MAY160388
In Shops: 7/13/2016
SRP: $17.99 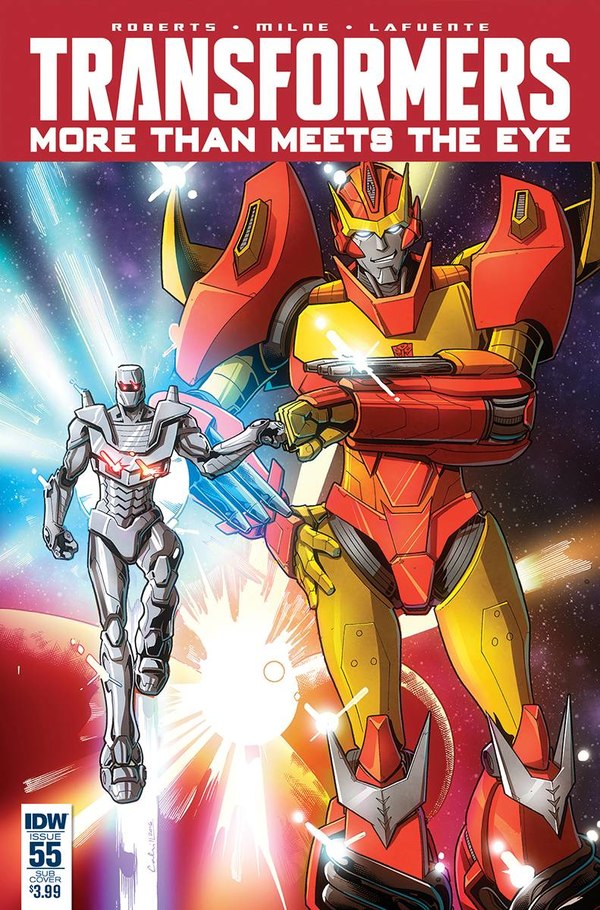 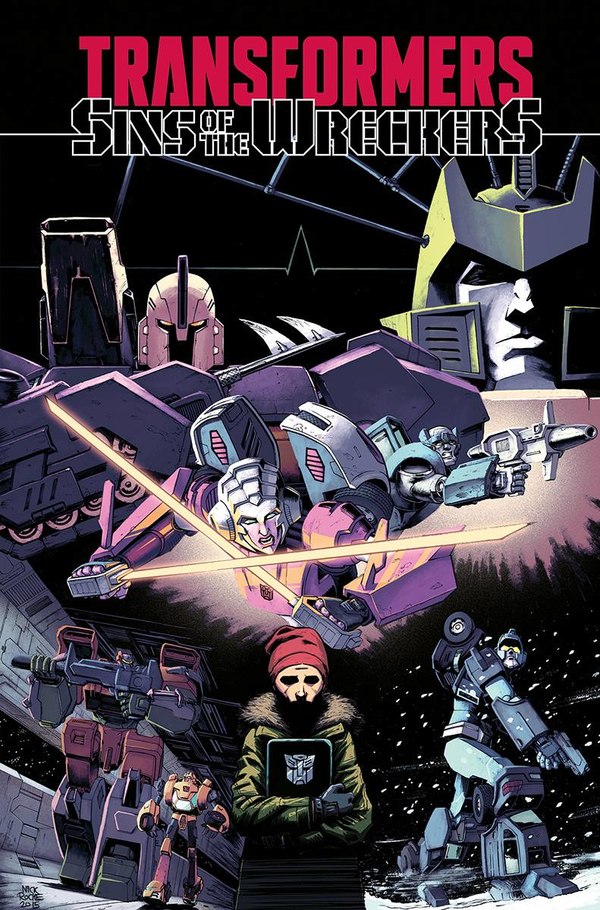 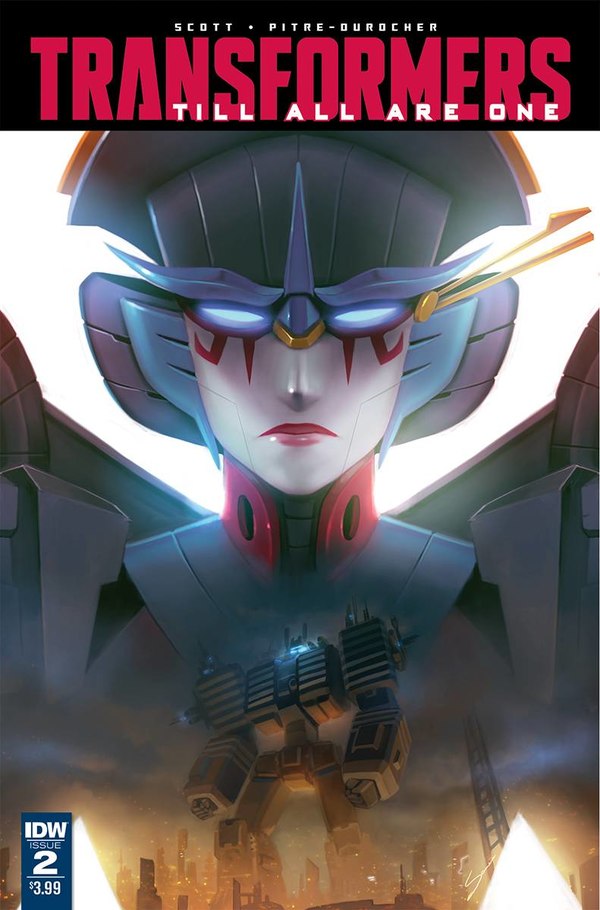 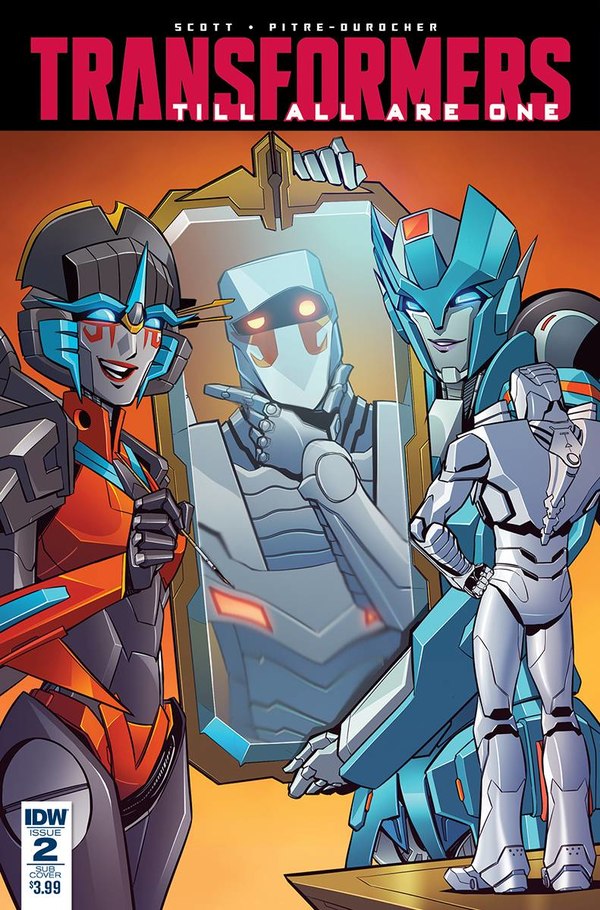 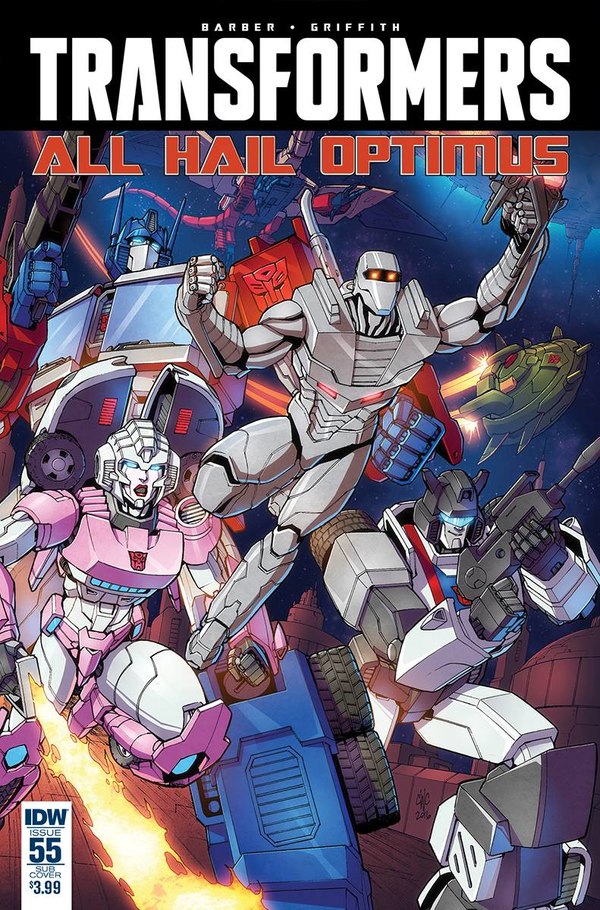 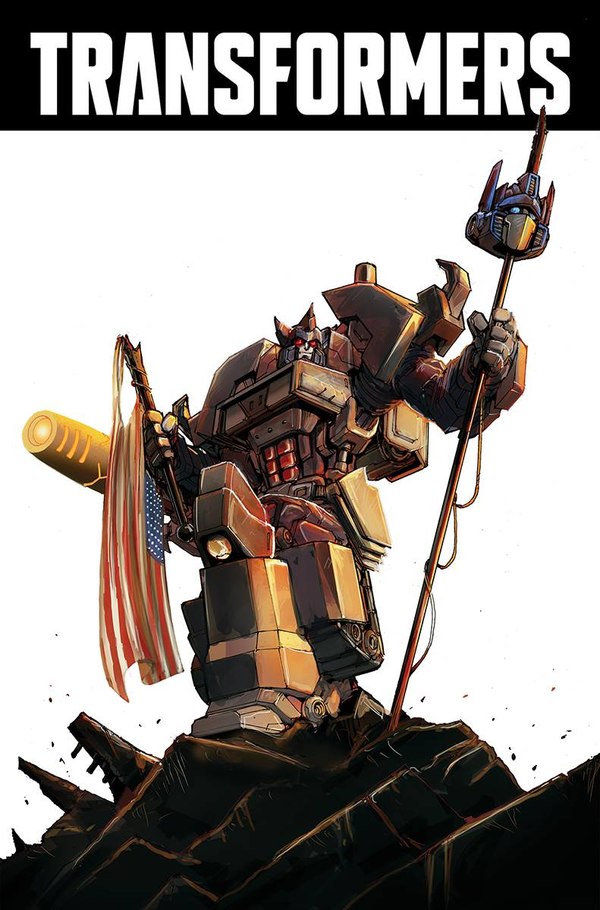 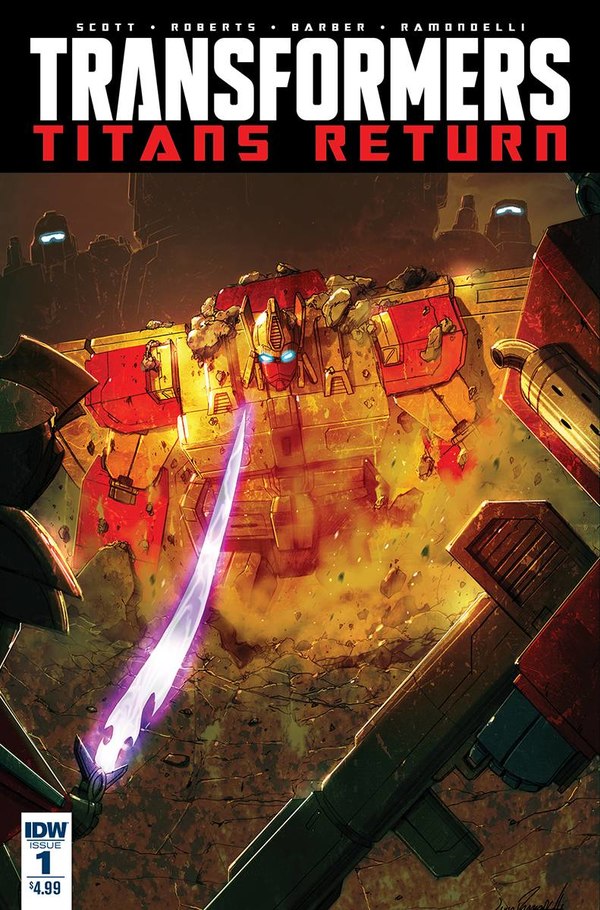 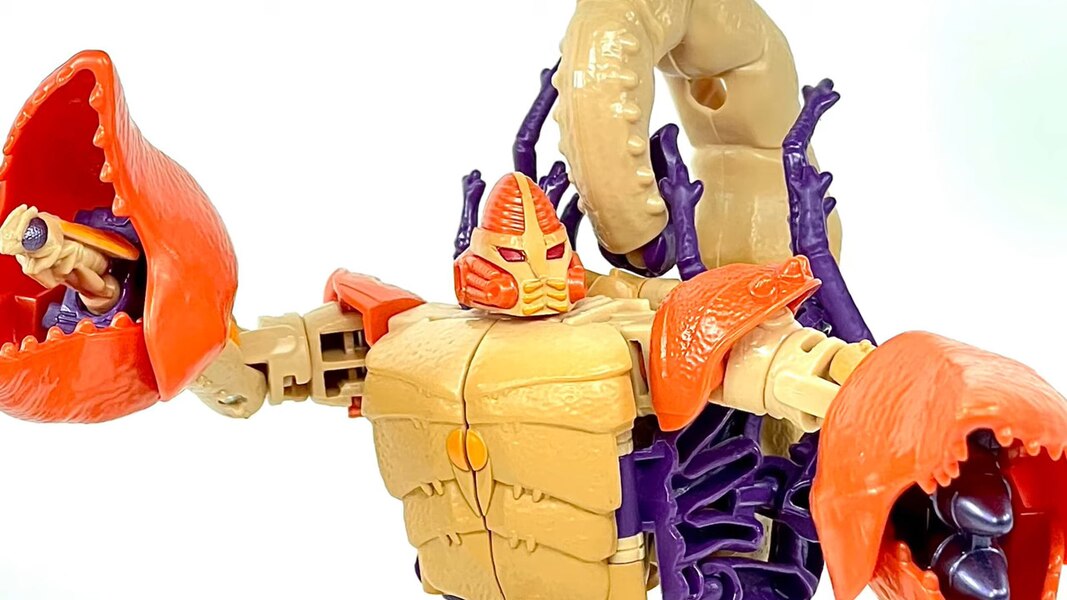 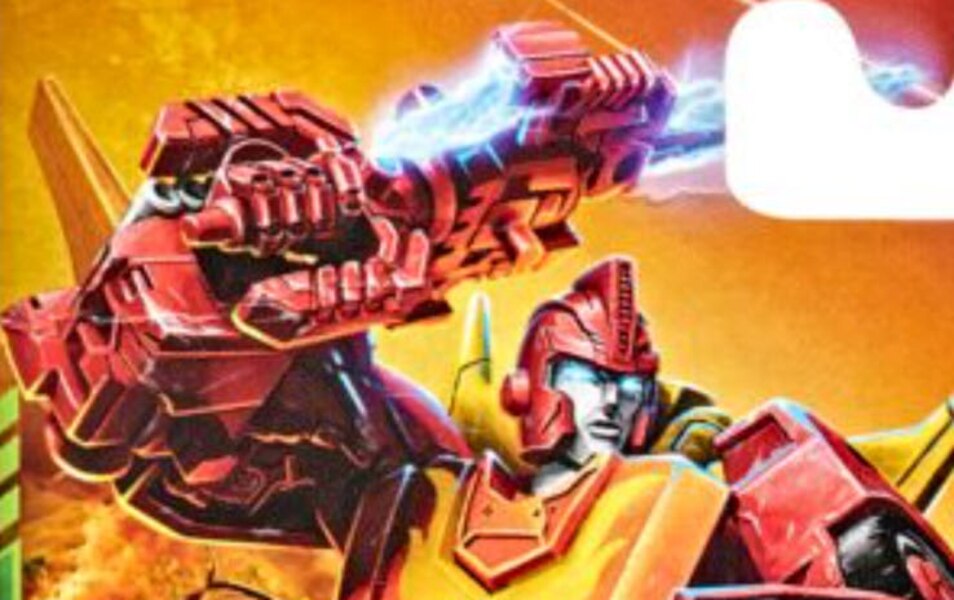 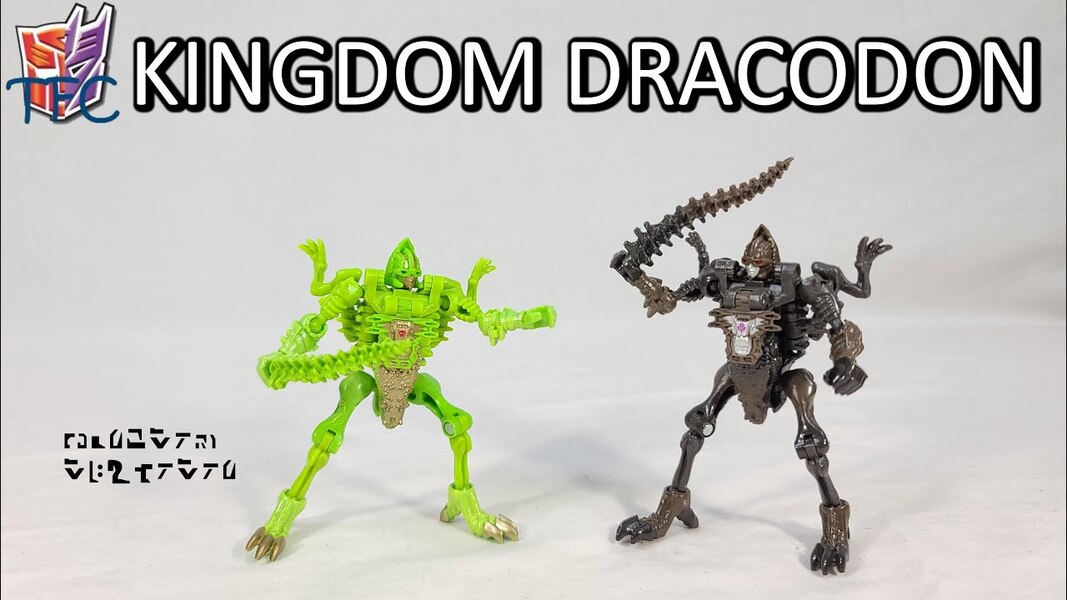 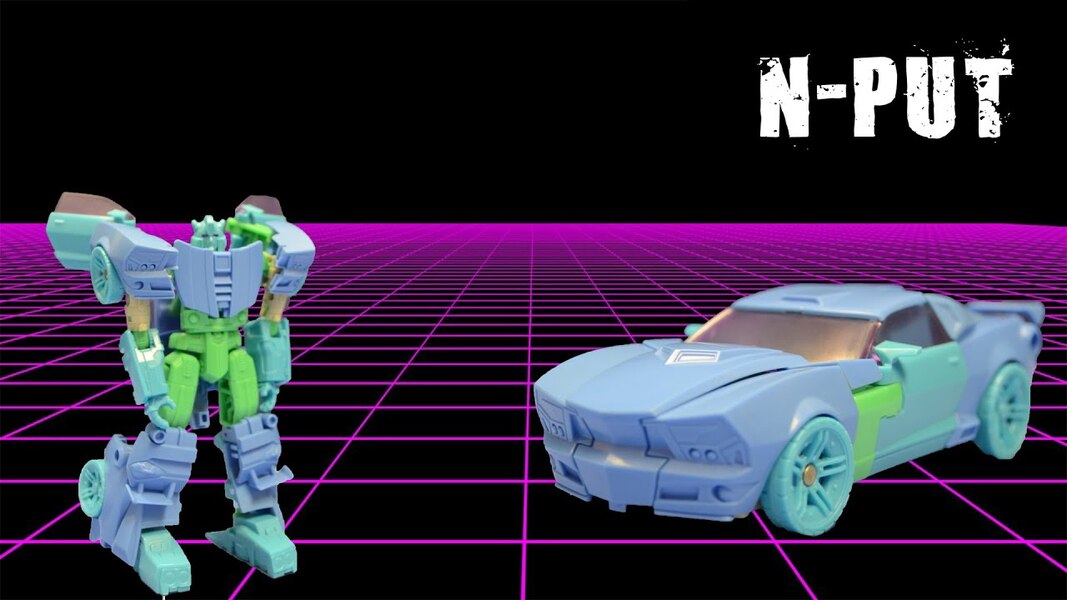 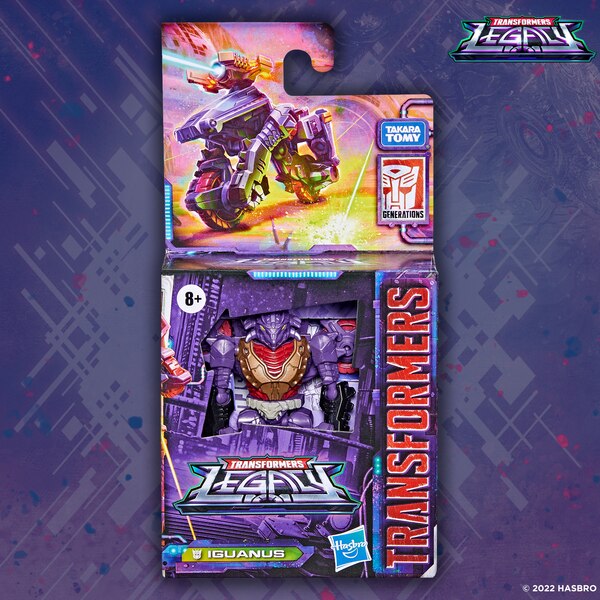 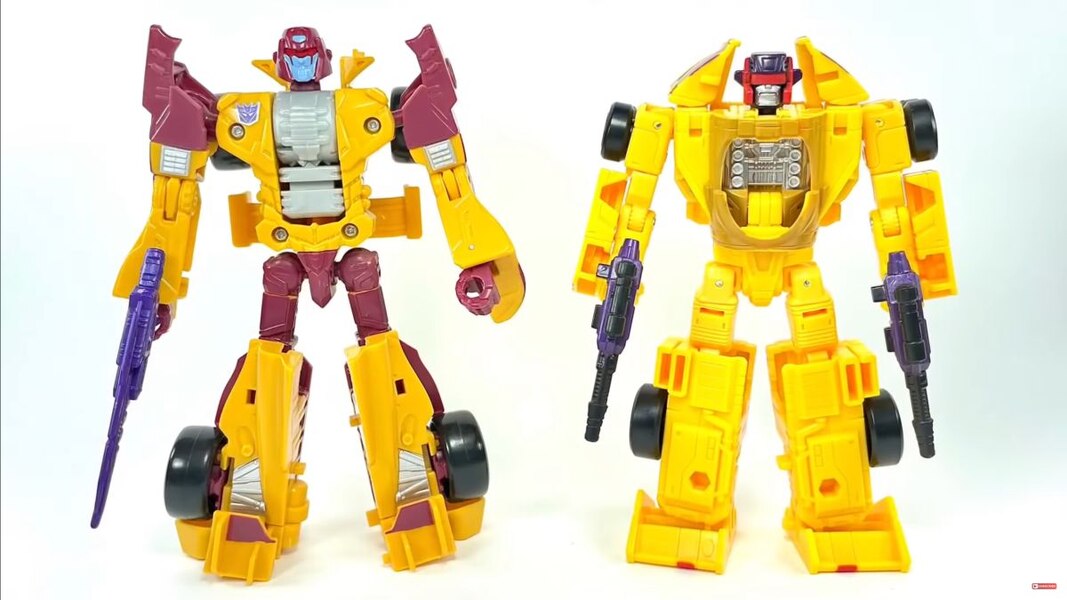