Tformers attended the Transformers Legacy Fan First Tuesday Roundtable Q&A today. Transformers outlets shared our questions for answers on the reveals from the April 2022 Fan First Tuesday event as well as the subsequent Metroplex reveals in the report as follows with updates on just about all the Wave 2 figures. 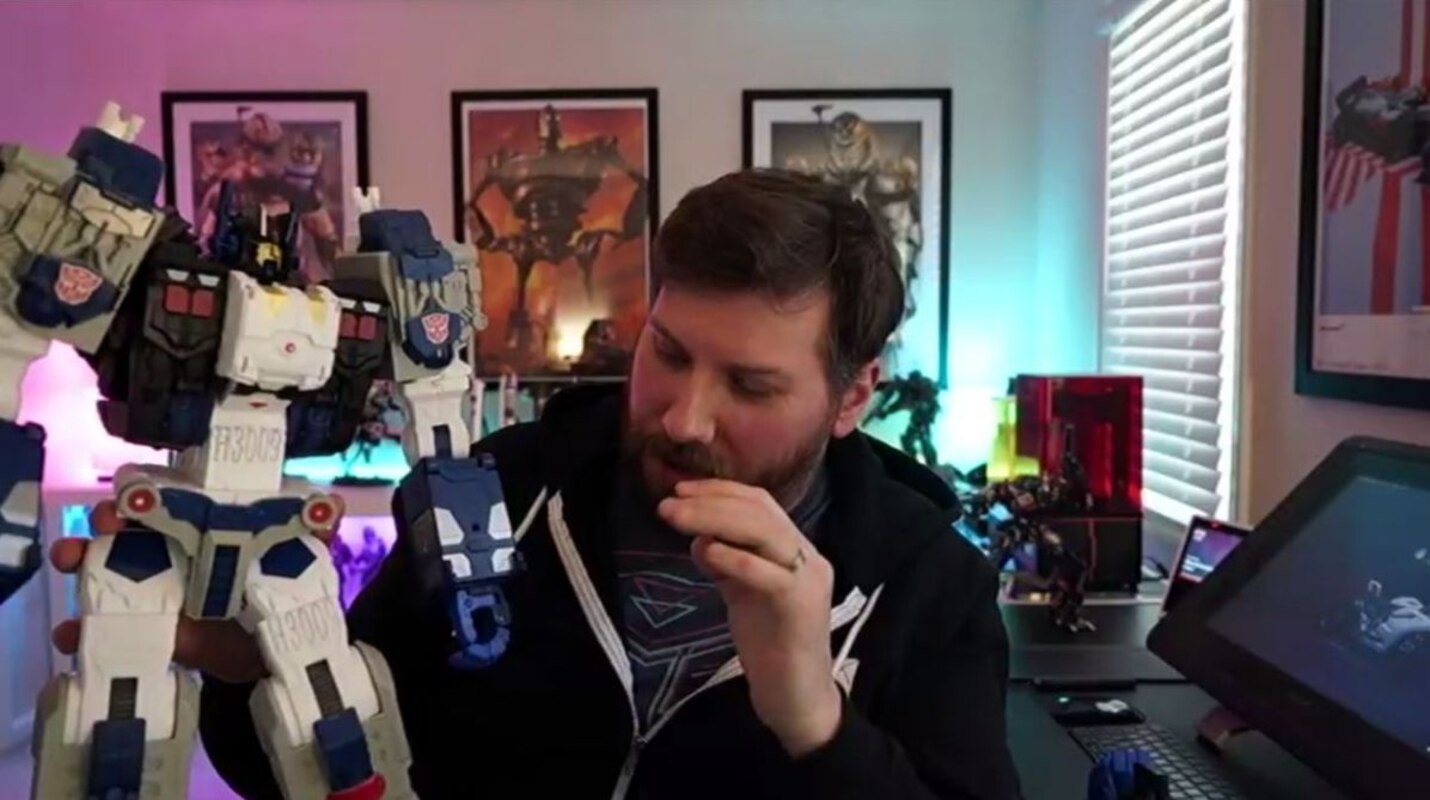 Legacy is its very own line with no sublines within the series. The Buzzworthy and Generations Selects Legacy figures are exclusive capsule releases that they will keep making for Target, Hasbro Pulse, and others.

As they have done in the past, they have to spread figure releases out because they are partials of other figures, but they won't rule out doing a multi-pack at later dates.

Hasbro has gotten questions about issues with fading. They have not been able to do on-site inspections of production due to the pandemic. They are working to find the issue and deal with UV resistance. They do testing on all products, but new vendors can have issues with meeting requirements.

Legacy Blitzwing can turn the turret around 360 degrees as the original Generation 1 toy did.

Forty years of Transformers makes it very hard to decide what to make. Basically, the designers come to the table with their favorites. Then a long process of sorting out what they can balance based on demand, style, and certain play patterns that kids want such as cars or beasts. They try to come up with a cohesive look to put these characters together. They consider what they can modify and preserve for the elements of each character. They also have to adhere to budgeting and tooling issues. Sometimes they have to figure out how to work in more figures. Sometimes, they have to experiment. Other times they have to factor in certain popular characters. Additionally, Takara has a lot of ideas and things they want to develop. So it is very complicated to sort out what they can make.

Cybertron Metroplex was created as a Titan figure to add a massive bot to the Legacy story to help in mining for the hunt for Energon. It was a good fit for the story behind Legacy. They also design toys for Kids so they have to consider them as part of the story as well so this worked with that.

The Transformers team has heard some things that fans didn't like about Legacy, but it turns out they have learned about why they did Legacy since Wave 1. The series has been selling even better than the Kingdom's toys. Figures like Elita-1 needed a lot of consideration trying to make something that fans would appreciate. The team has been happy with the feedback so far on the Wave 2 figures.

The increases in prices have affected all-action brands at Hasbro, not just Transformers. Much of this is based on the challenges in the world with transportation and the pandemic. They can't stop these issues out of their control. The larger the figure the more the price is going to increase, not just plastics but also cardboard affect the price increases.

The Earthrise Soundwave was a Walmart exclusive, so they had to use the SIEGE mold. Unfortunately, they have to wait for the contract with Walmart to expire to do their own version of the mold. Walmart could make another exclusive if they wanted to. Hasbro has learned about scalper bots and is working with retailers to prevent scalpers by limiting quantities and other ways.

The windowless packaging on Legacy is a company-wide initiative. They don't see going back to windows, but they can adjust the products to prevent problems. They don't want to impact the customers, so they see more closed boxes and other options in the future. They are trying to measure how much they can show and not without upsetting consumers. They found in testing that kids like open boxes more than closed, so they try to meet expectations best they can. Ultimately, Hasbro is trying to make less waste while still offering an attractive package.

The joints on Commander Meansor do look like Combiner Wars connectors. They can connect on the legs only. The connections are said to be wobbly. They were not designed for that, and will not work on the arms that have a different connector. They thought about if they were revisiting Scramble City, but they felt Devastator worked so well on its own that they went with a unique combination for Menasor too. Basically, they can attach Combiner Wars limbs to the legs but it's not officially endorsed.

They do look at how they can make weapons packs. Anything is possible, It is on their radar, but they cannot confirm anything is in the works. They do see these things are needed and consider how to fit them into new projects when there is space in the molds.

The Takara Tomy designers are shy about showing design stuff, so the Hasbro guys have been helping them introduce these things. Any kind of formal documentation would be up to Takara to decide to produce. The Hasbro team is just as amazed at these designs and concepts as the fans are. There is a special process that they feel is like "magic" to produce these Transformers. They will look at producing a book or other extended documentation on Transformers for the future.

Jhiaxus has been on Mark's list of Transformers to do ever since the Thrilling 30 Jhiaxus figure release. The T30 had a unique look because they were pushing bright colors and used the Robots In Disguise color theme. As the love for the character kept growing, Mark kept pushing it. Finally, Legacy was a perfect time to introduce the character, and was able to do a design at the Voyager scale. Takara loved the character too, and they produced what we see with the correct color scheme. The hands are articulated as many have noticed. Mark keeps keep bringing up Machine Wars if it means anything to those who want Skyquake and others. Simon Furman and Derek Yaniger will be getting a Jhiaxus figure.

Metroplex has the inclusion of the 5mm and 3mm posts for different compatible elements. They also have the connectors for the road system that were made for the War For Cybertron. They plan to keep all the Titans compatible with Generations. They do not plan to add Keys or Minicons with any of the figures, but Takara may add something like that in the future. They are looking to simplify these systems so they work with all the other toys. The Drillbit character was costed out for the character early on. They wanted to do it and may look at a core class release in release in the future.


Studio Series Rise Of The Beasts

The Transformers Rise Of The Beasts toys do not have any impact on the Legacy and Generations releases. The Studio Series line is aligned with movie production as much as possible. The timing of the Studio Series releases for ROTB happens to be for next year anyway. So it has all worked out and they plan to have a whole year of releases for the film. No comment on the Buzzworthy Bumblebee Optimus Primal.

Hasbro is observing the shift to in-person events again and is considering how to transition to the upcoming conventions this year and beyond. They will make announcements when they have definite plans.

Transformers Legacy Energon weapons are made to combine together. The goal is to offer kids a gimmick for kids to collect and play with. The combination of the full core class sword is a reward if you buy all the figures. The weapons were initially based on their original characters, but they wanted to add a system for combining them and they made changes to the weapons. They want to let fans make up their own weapons for bigger or smaller figures as they choose. The fun is more in getting the weapons and making your own combinations. They want to keep supporting all the custom building and combining what fans are doing a lot.

Hasbro Transformers will continue doing the QR Codes for the mainline Legacy toys, but they cannot do it for all the exclusives figures because they cannot ensure that in an exclusive arrangement. They have to put a lot of effort and expense into doing the 27 language translations so there are limitations.

The Weaponizers have not gone away. They just went into a big wormhole that could appear again at anytime.

There is a new Five-Part Shattered Glass miniseries coming that will include the Ultra Magnus comic book for that. Look forwards to five more figures to wrap up the SG series. Covers will be done by Casey Collier. They had to do the extra head for Delta Magnus. They were very happy with how the colors came out and wanted to add the extended blade as well. The Skull head was originally made by John Warden, so they used it anyways.

Tarantulas is not a partial of Blackarachnia, only the crossbow weapon has been carried over. The saw and bow do combine together. The team do talk a lot about TransMetals toys and want to do them properly, not cheap versions of the vac-metal. But they did ask if people would be okay with a metallic look instead of vac-metal.

The Cybertron Metroplex is not based on the original figure at all. It is totally new model that is fully articulated with all of the modern features, tilted feet, and ratcheted limbs. The figure is very large at 22 inches as we would expect of a Titan. The Inferno shredding on the box is because he terrorized the colony - joking. The digging wheel does not open up, but it does rotate on ratchets and has articulated joints for the arm and claw.


End of Questions and Answers

Thanks to the Transformers team for answering our questions. Check out some of the important screenshots from the event in the gallery below. 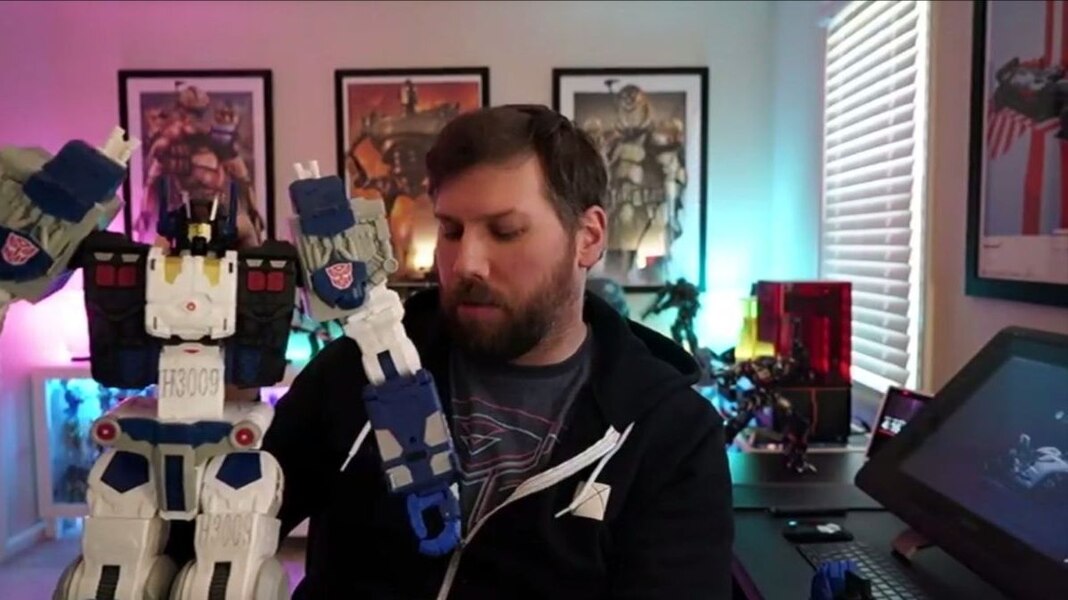 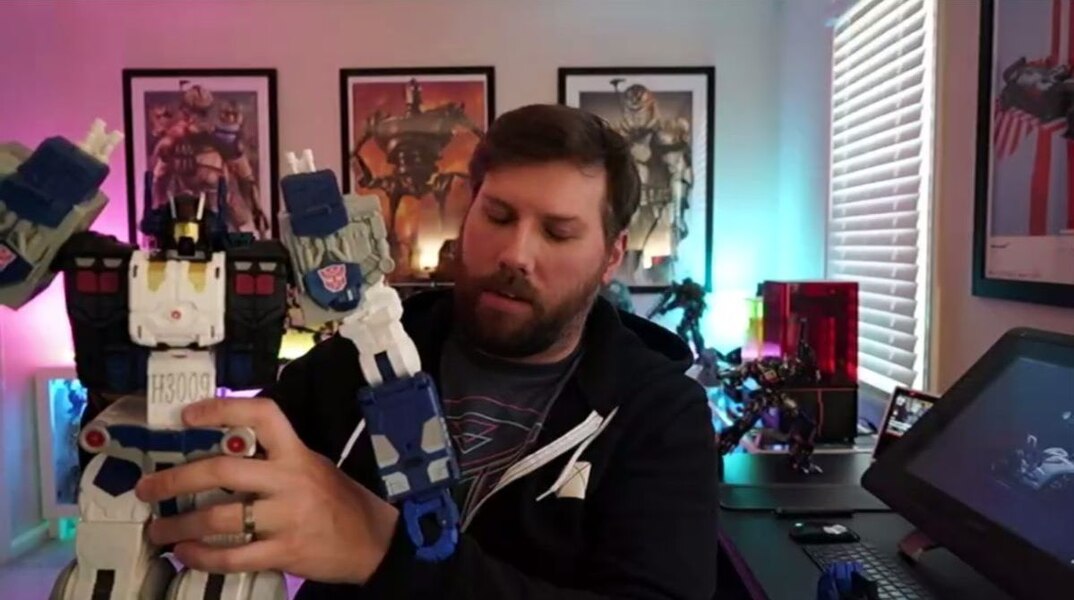 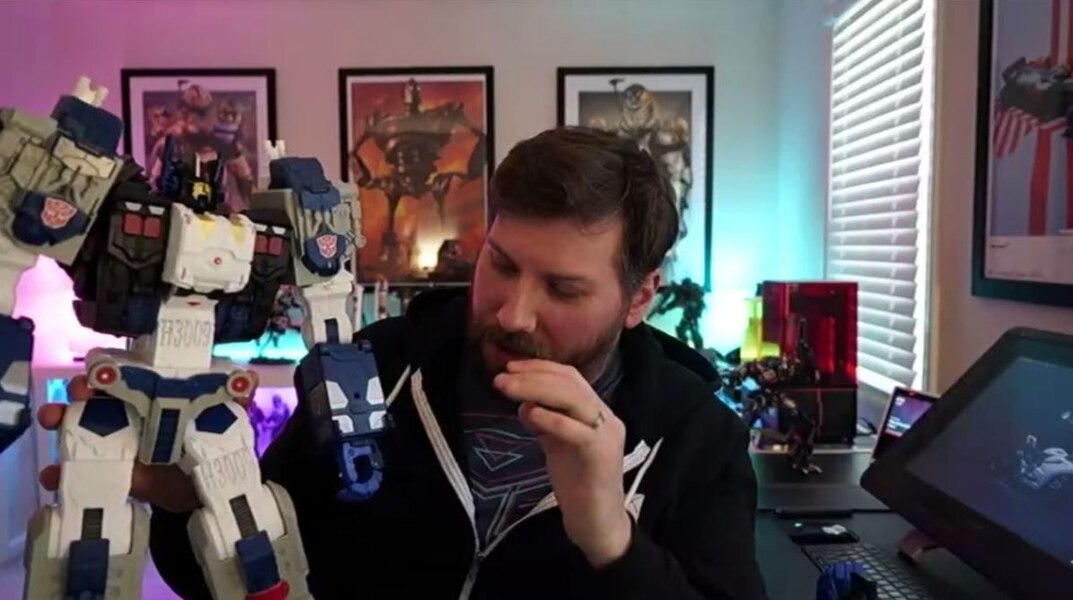 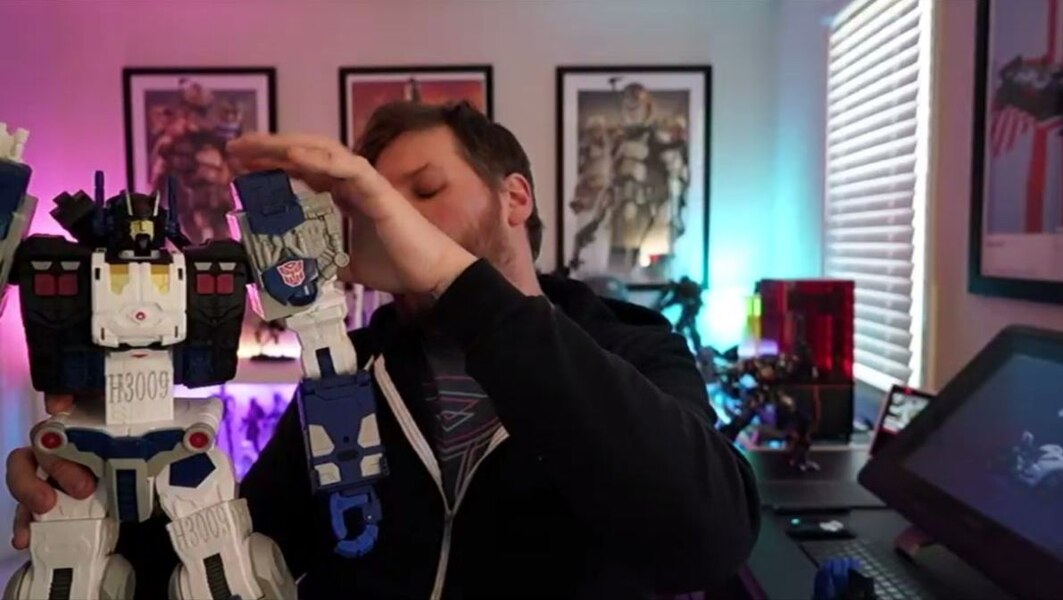 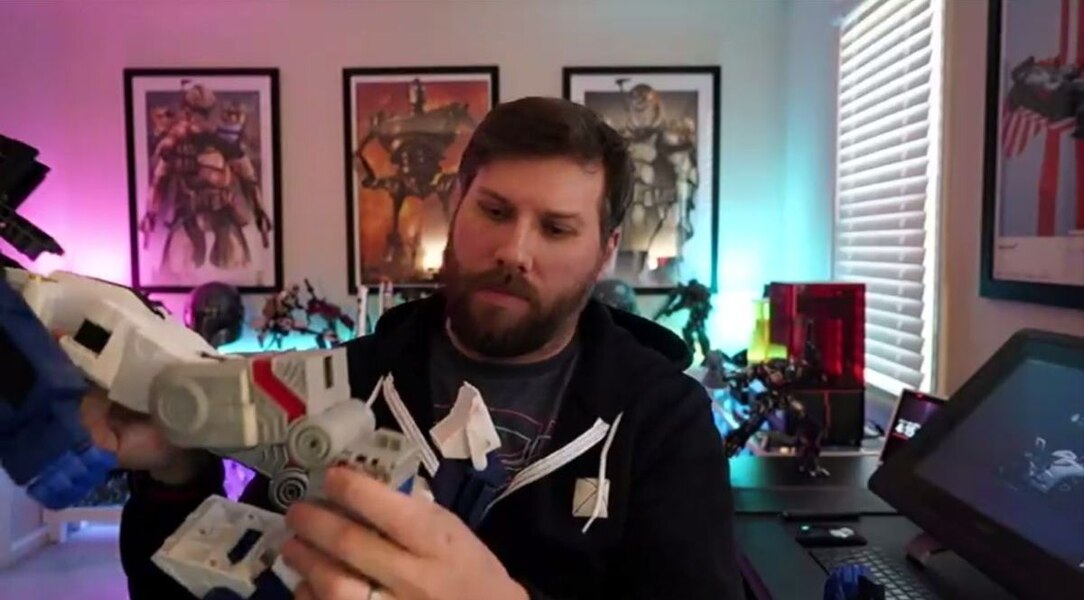 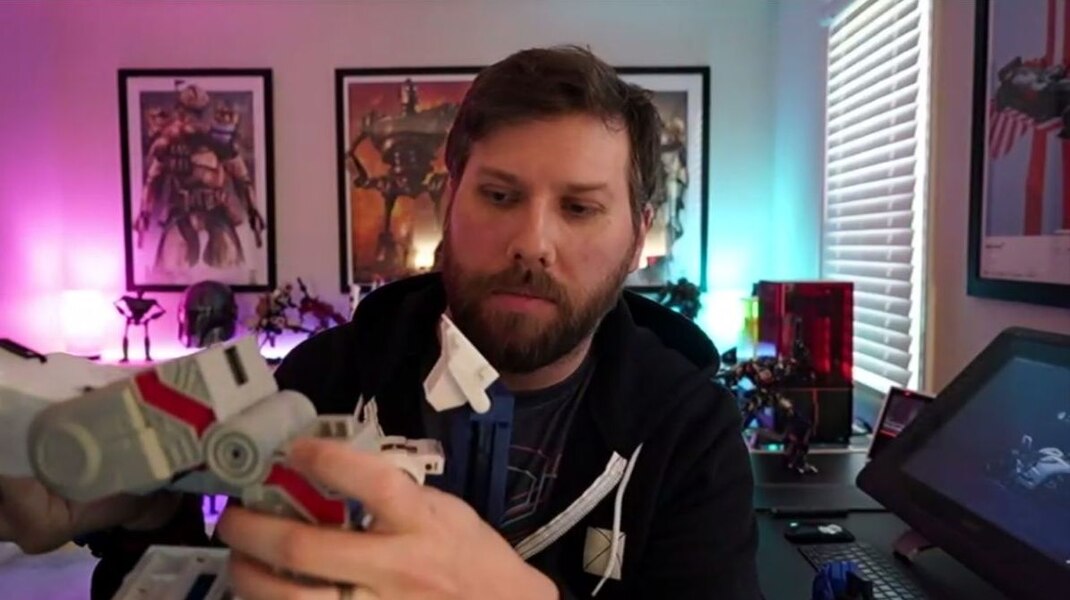 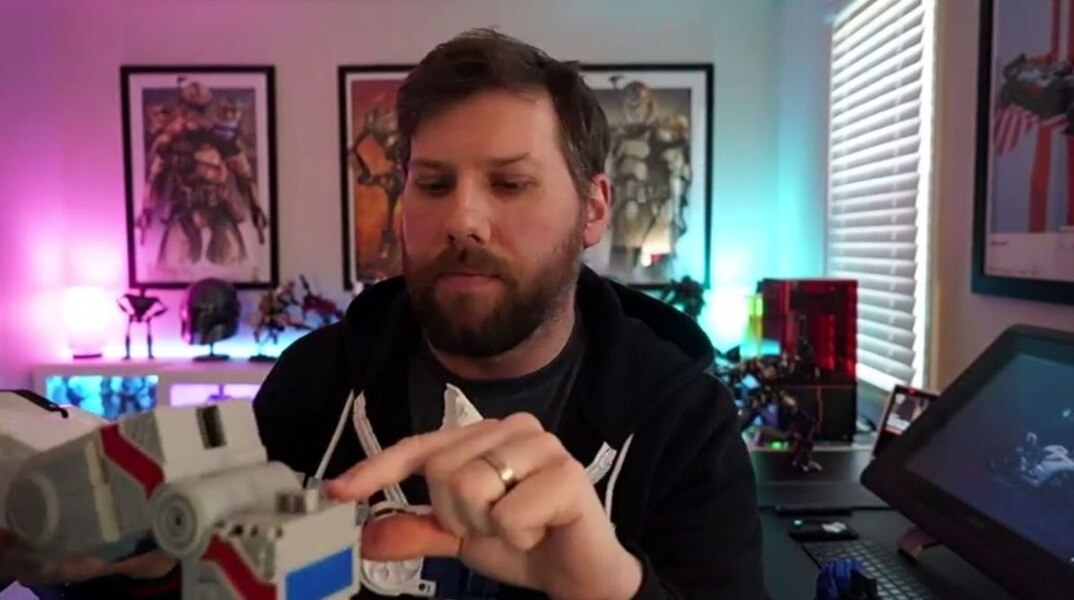 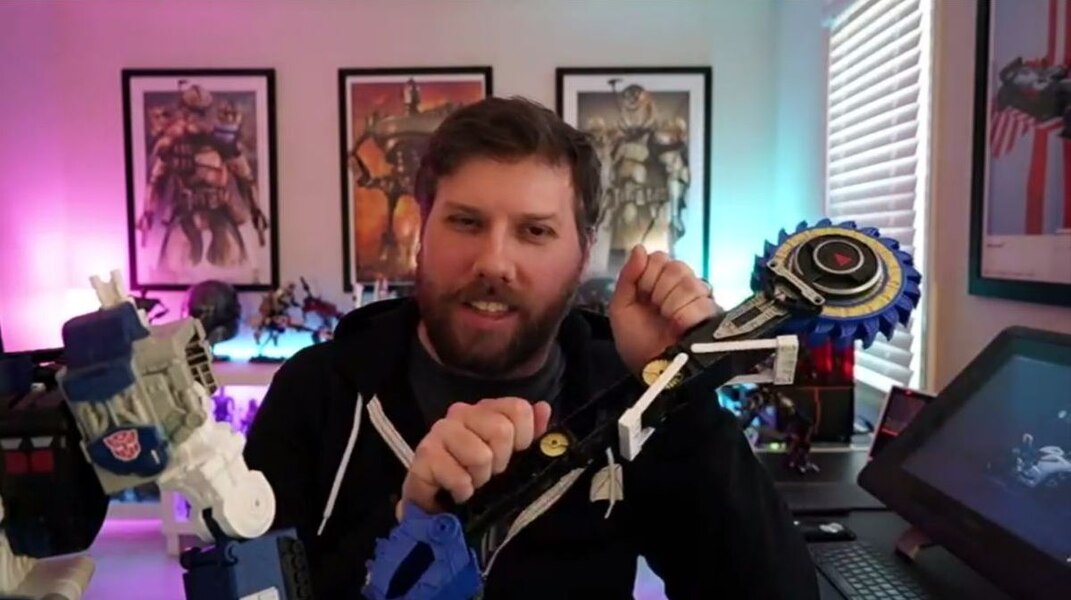 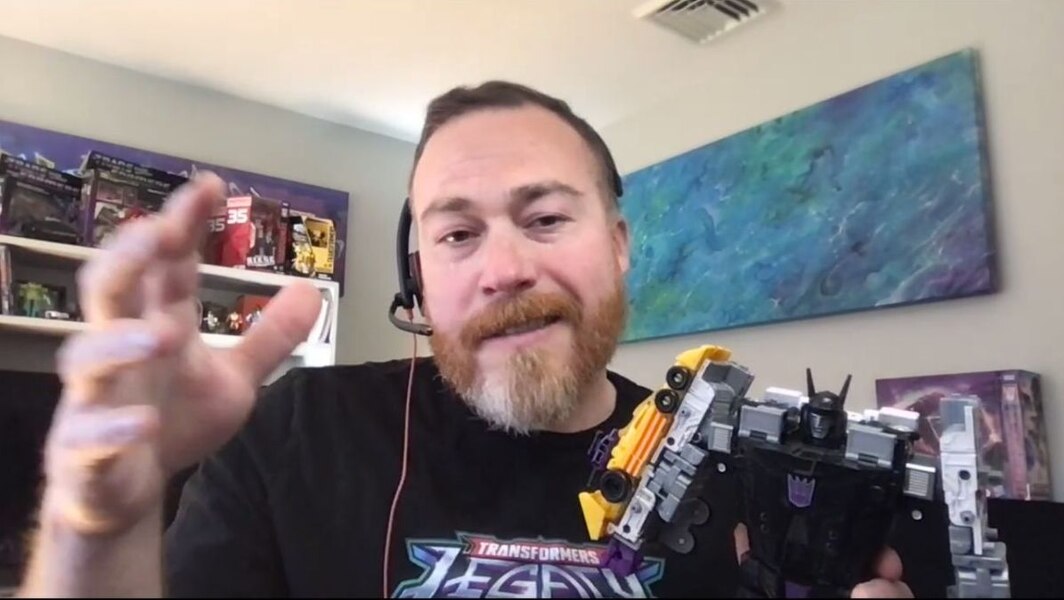 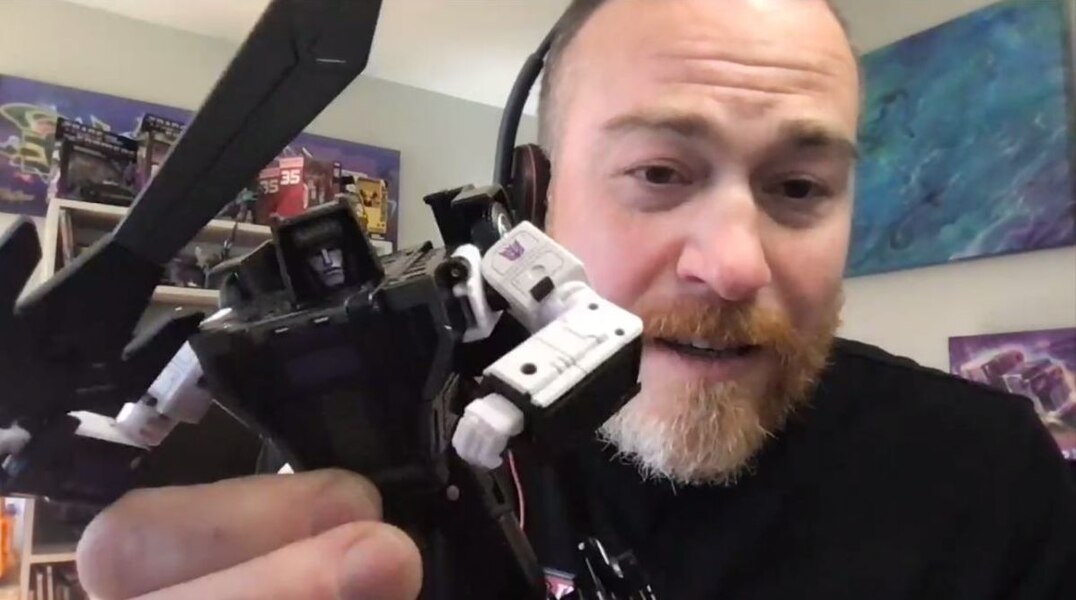 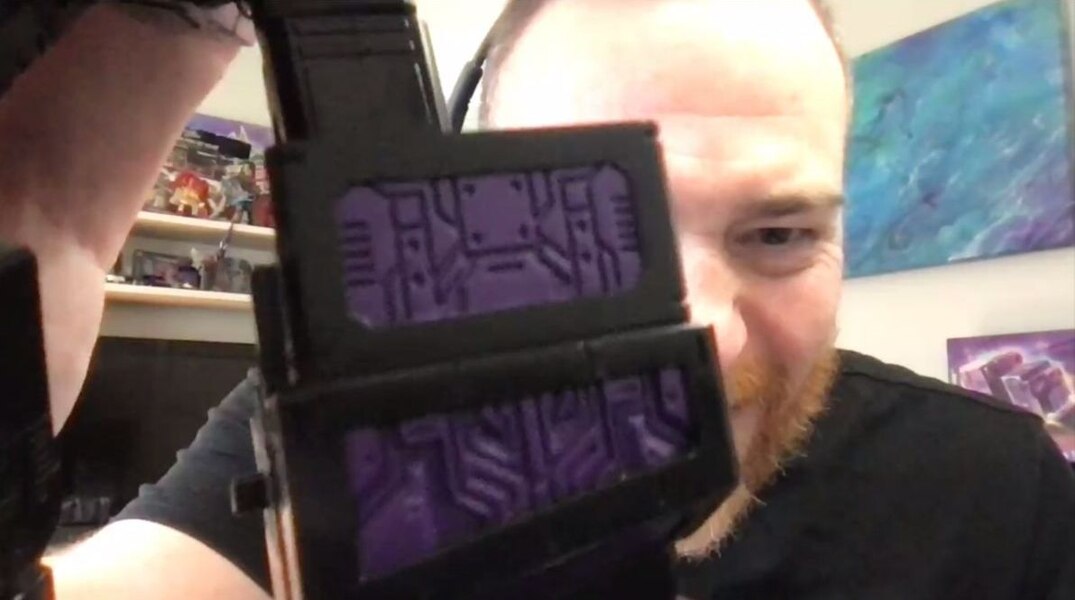 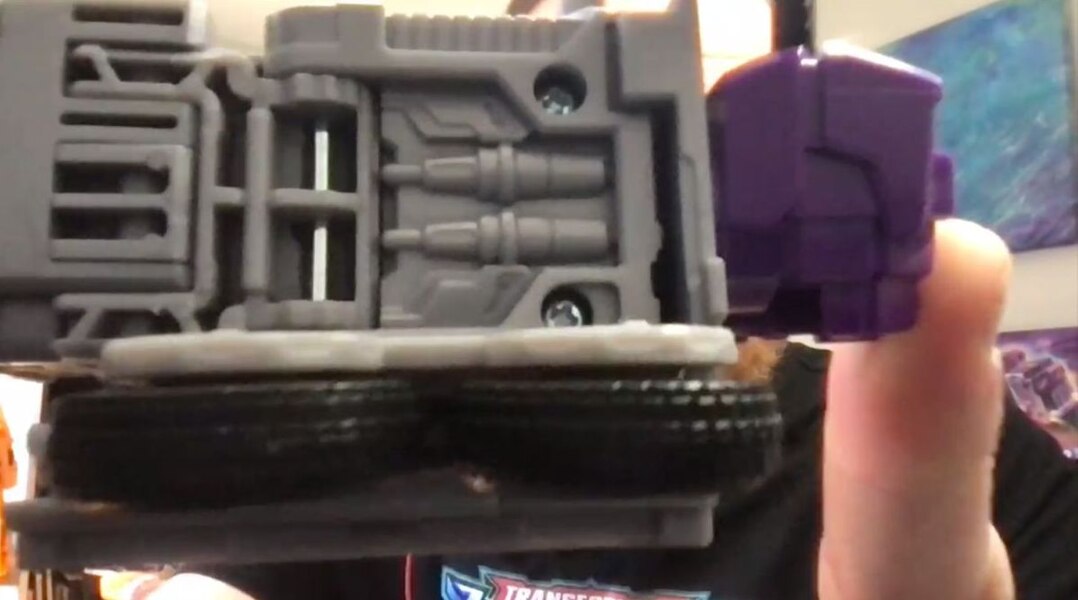 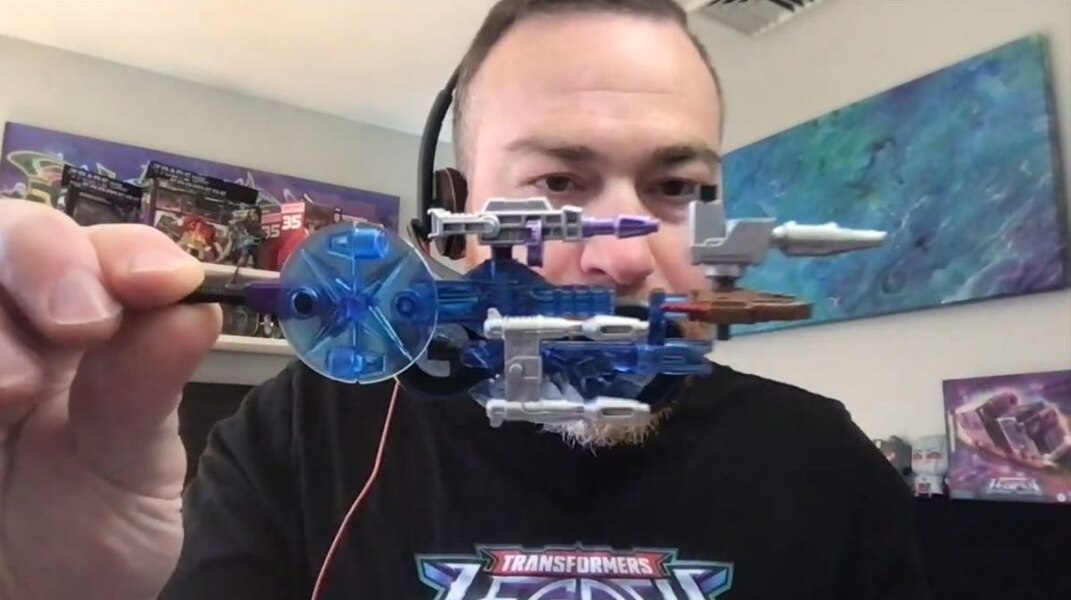 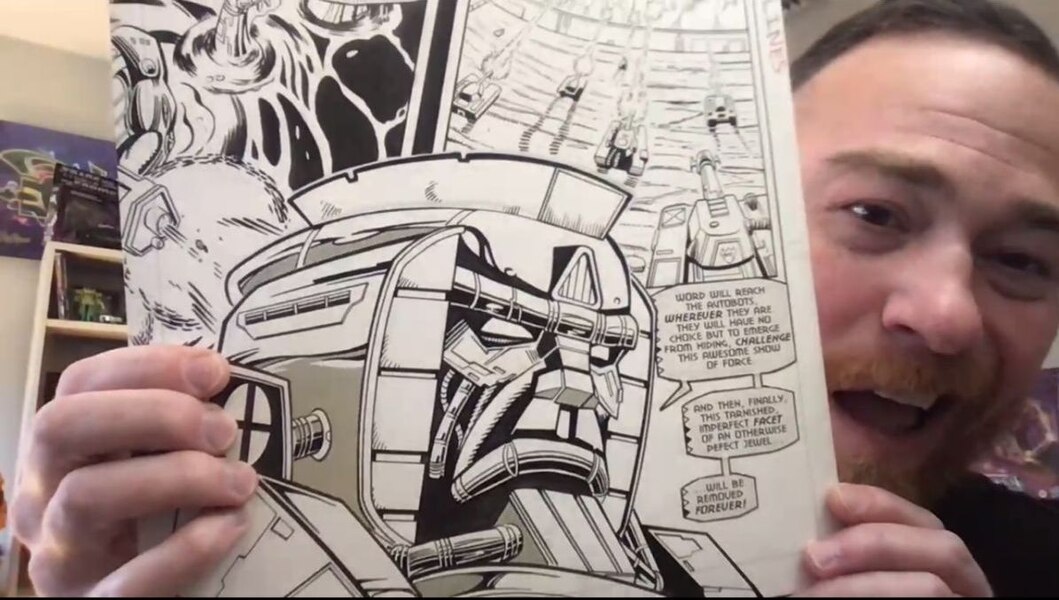 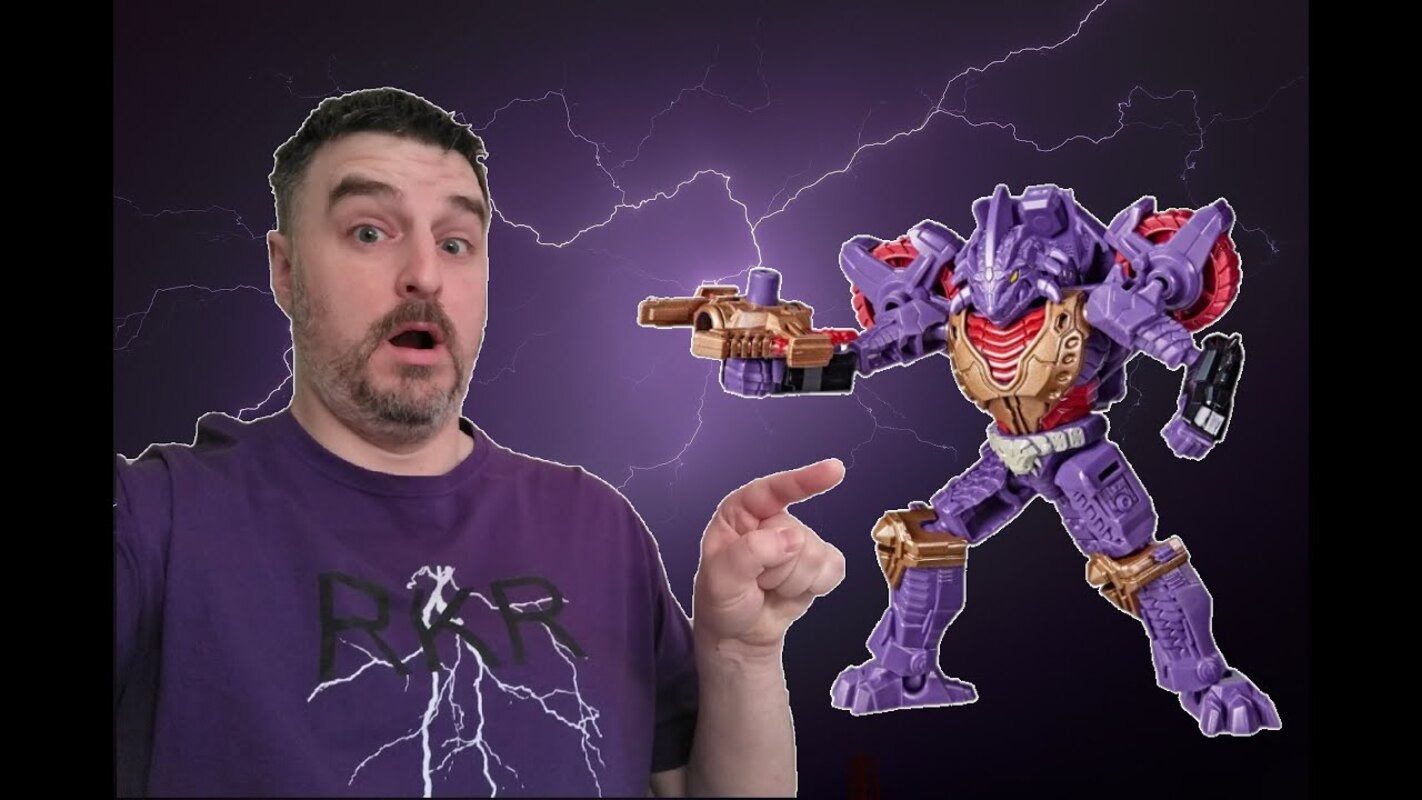 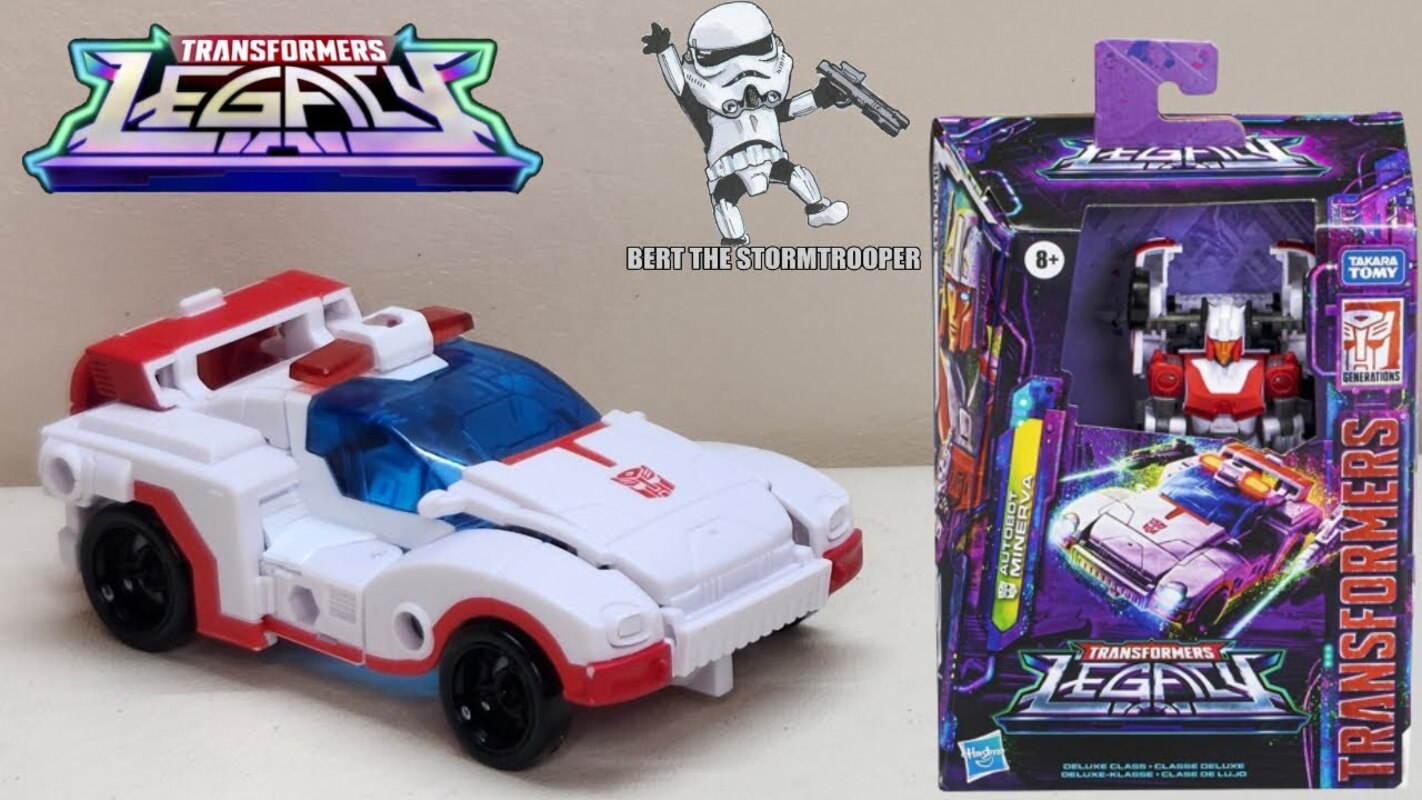 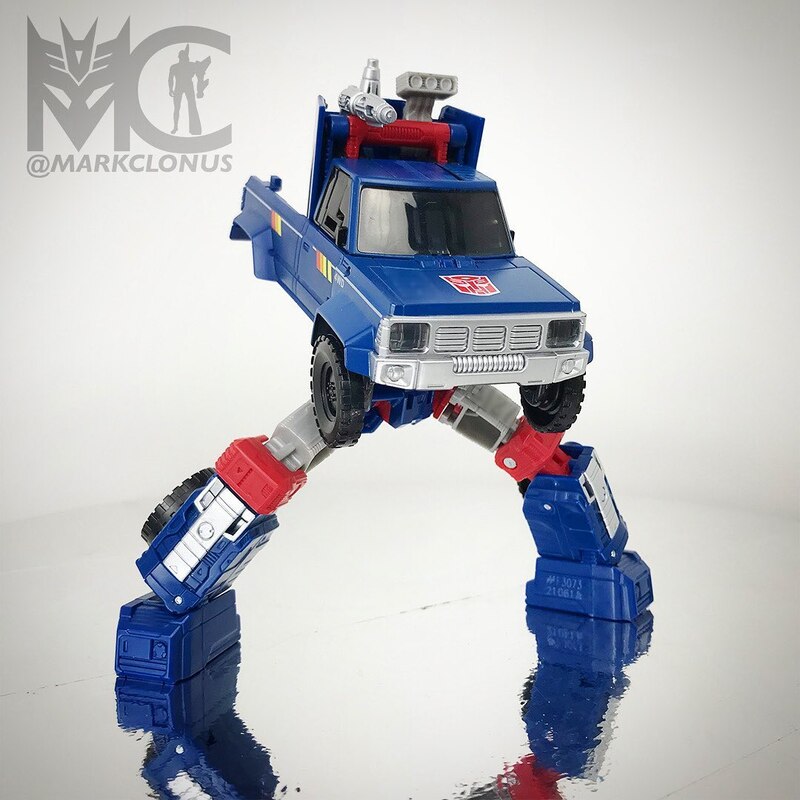 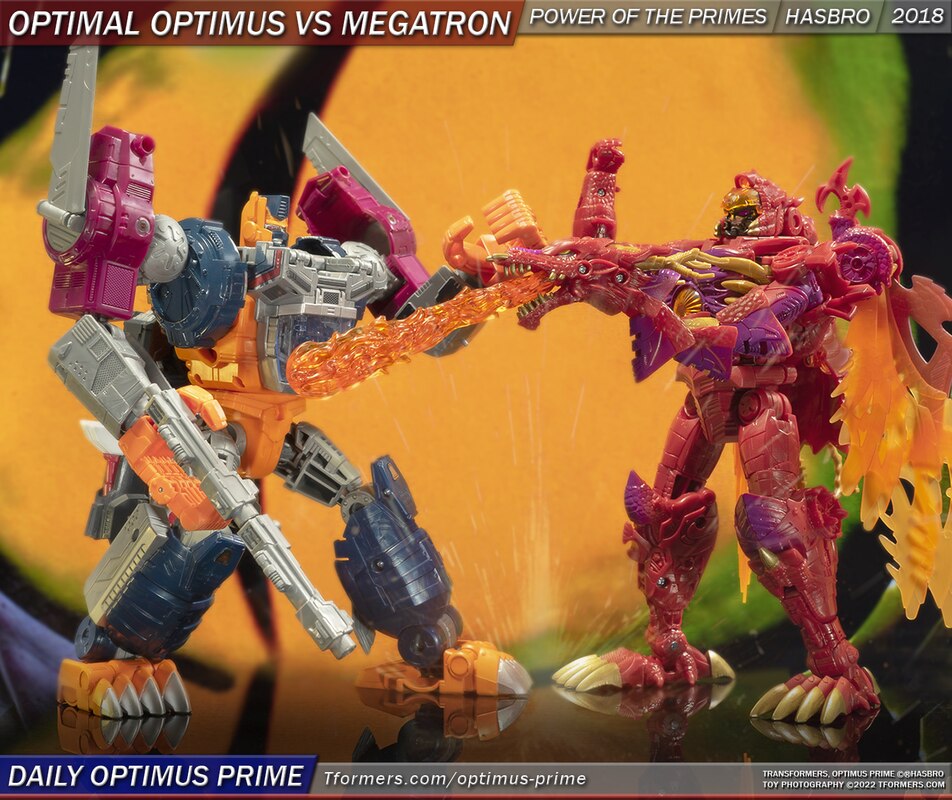 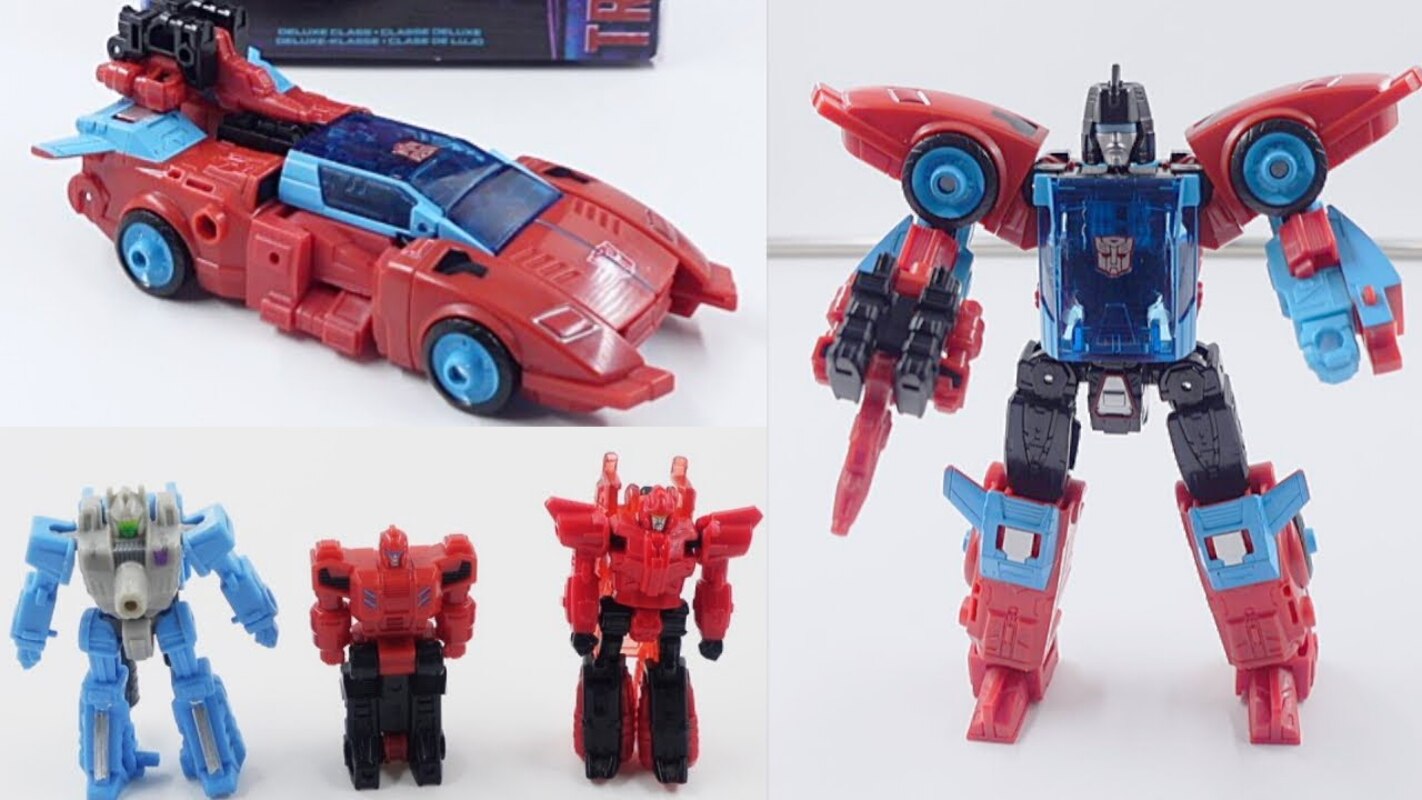 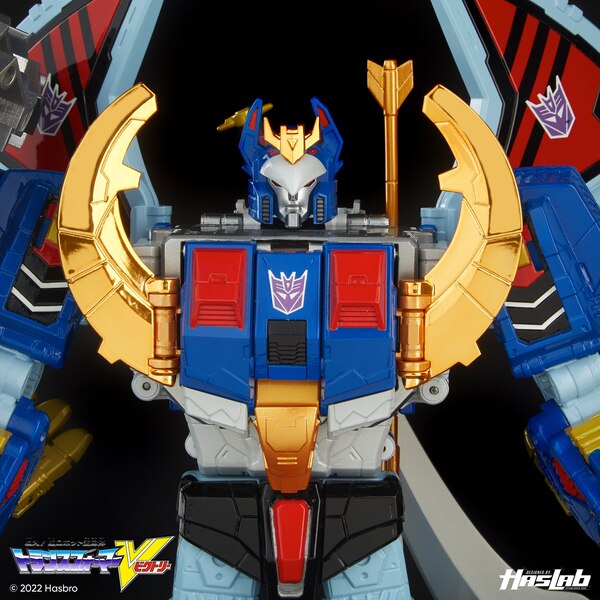