by Primus on January 24, 2010
Have you seen it? There is a news story going around that originated with a caption contest at AOL's gear blog Engadget calling it a "clothes dryer." It's about a Taiwanese man who has built a 14 foot replica of the Transformers: Revenge of the Fallen Optimus Prime out of junk. What is so amazing about this video? We don't know. Get a look at the video and be owned too. Seriously, this is a pretty ridiculous story. Nothing against the guy who made it, nice job. This is little more than some big feet and rough framing of something that is starting to look like a 14 foot robot. The chest is obviously made from some old house windows. The back looks to be fashioned from TV roof antennas. You get the idea. Even the painted still image leaves much to the imagination. 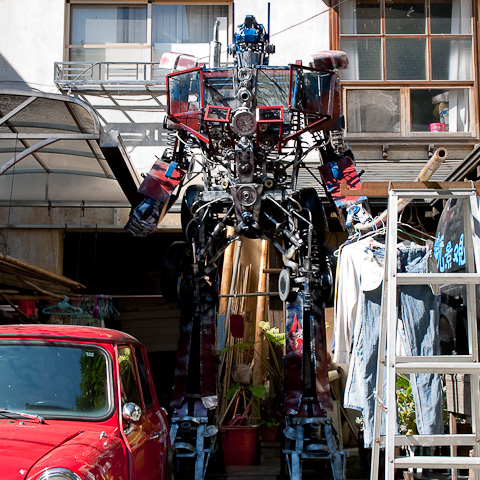 What's become of our beloved Transformers? Have people gone GA-GA over anything Transformers? I guess Transformers have truly arrived as a mass media phenomenon. This is not the first attempt at a life like / size Optimus Prime robot replica. West Loh's Prime Robot is only 7 feet tall, but it is much more advanced in terms of concept and execution. It actually resembles Optimus Prime too. 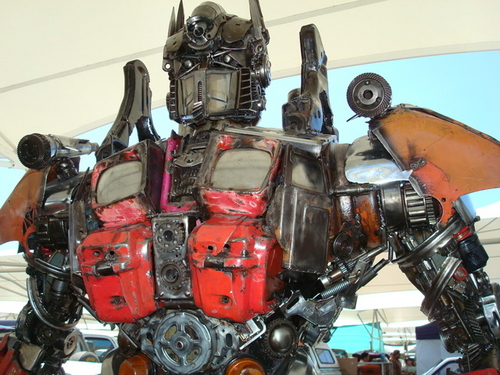 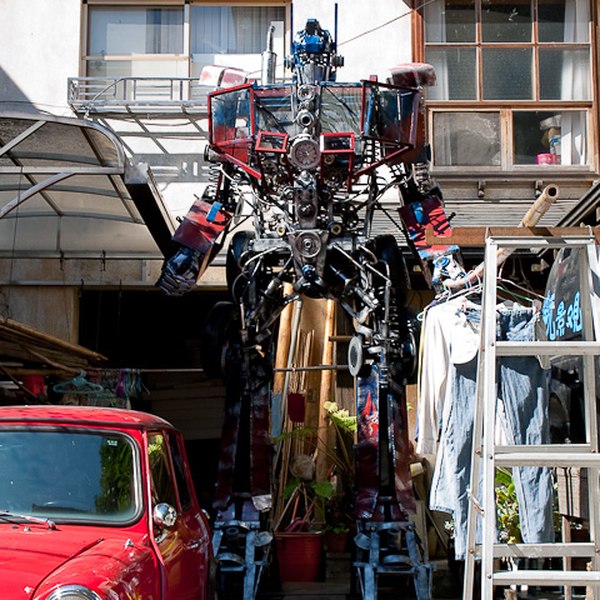