Takara TOMY reveals the 4th figure in the MPG Trainbot Raiden series with the debut of the Transformers MPG-04 Trainbot Suiken figure! This guy will be leaving the station in late June of 2023 for a price of 19,800 yen (tax included) / $137 USD. Read the translated official product information followed by the images below. 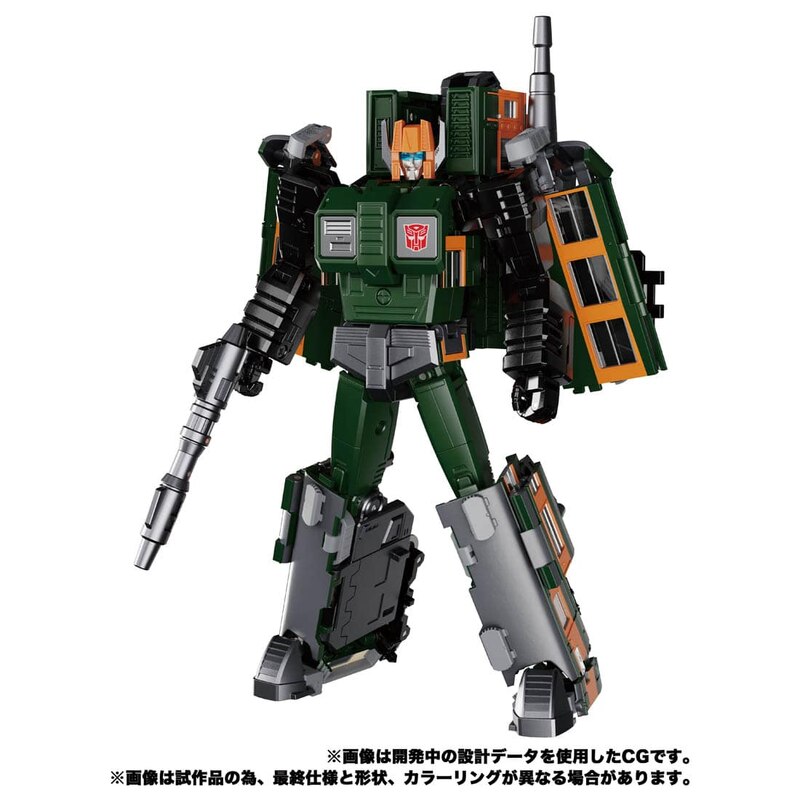 The 4th installment from the new Transformers series "MPG", the Tokai type 153 series express train is completely transformed into a robot!

Since it is a fully poseable specification, you can enjoy reproducing the pose in the play.
You can enjoy the display by placing it on the attached rail, and the weapon Storm Laser and Raiden's weapon Train Bazooka are also included.

In addition, it has a triple change specification, and it can be transformed into the left arm part of "Raiden"!

Part of it can be detached and turned into a leg beam that can be attached to Raiden's left leg.

Train Bot Seizan, and Train Bot Kaen, which are scheduled to be released in the future, can be combined to complete "Leiden". 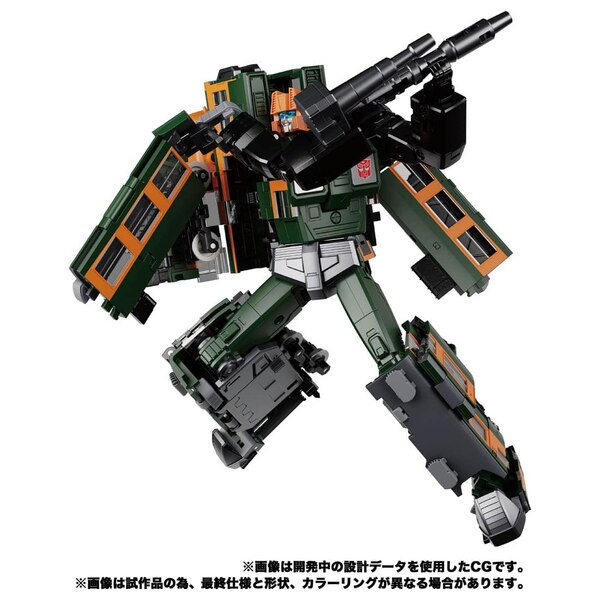 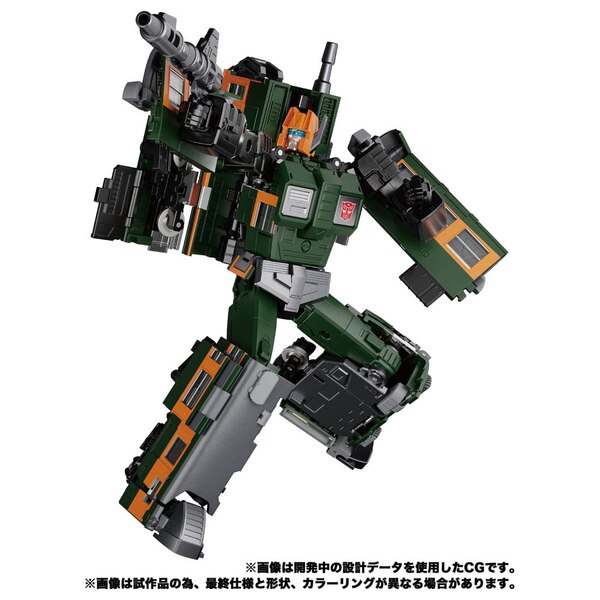 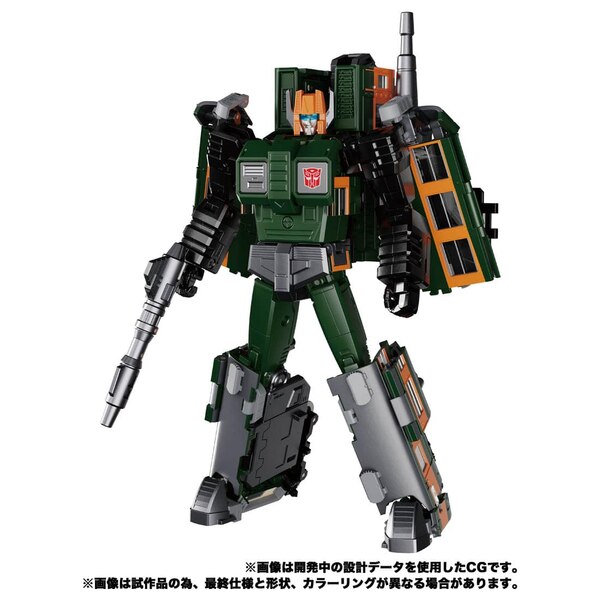 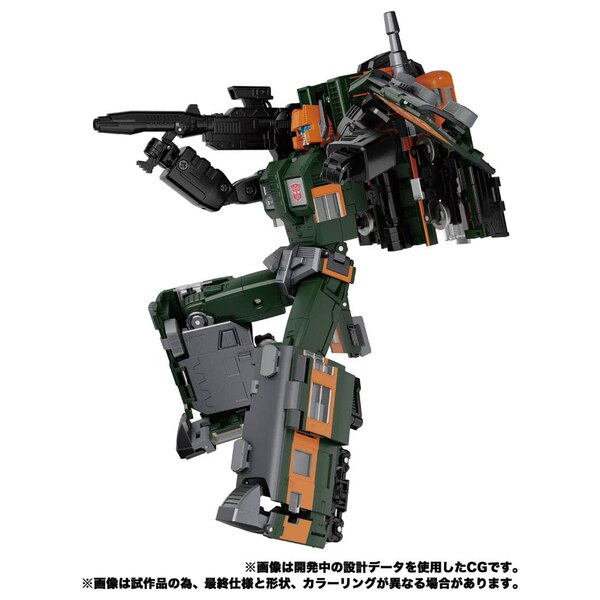 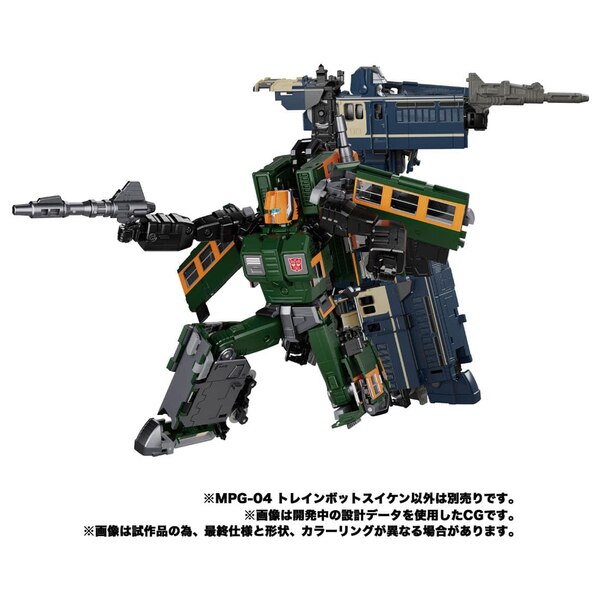 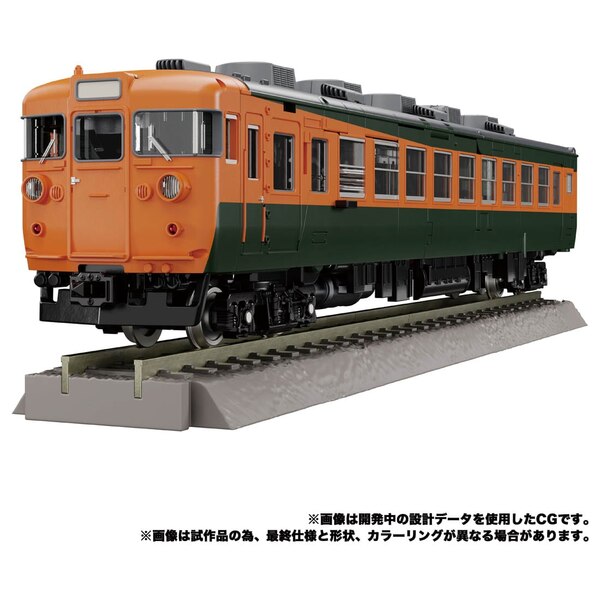 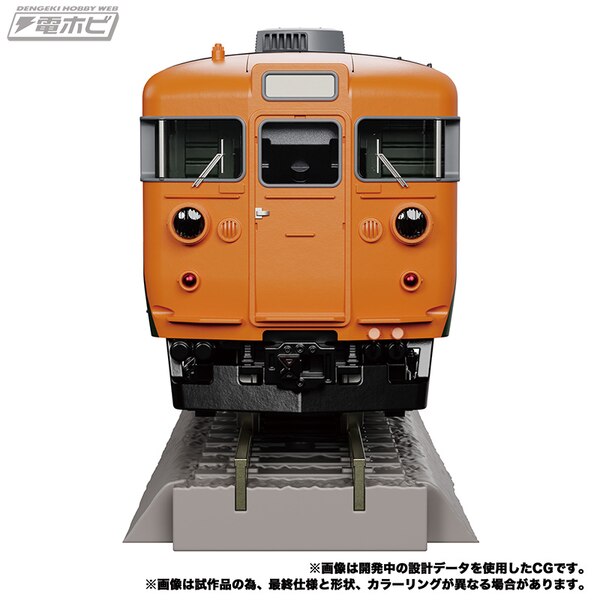 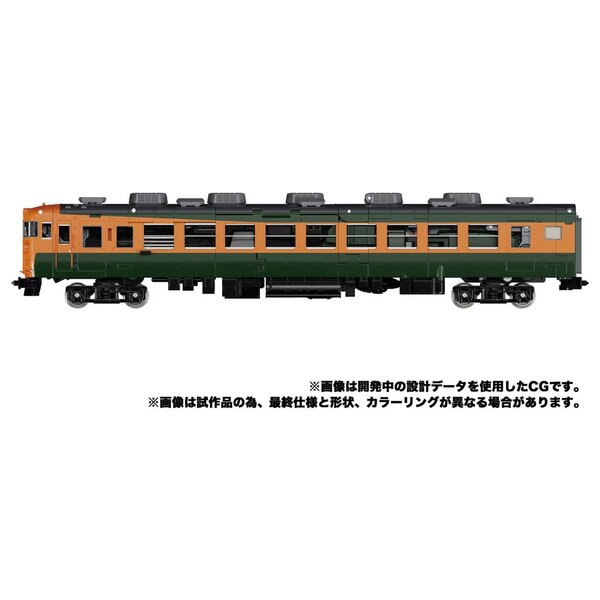 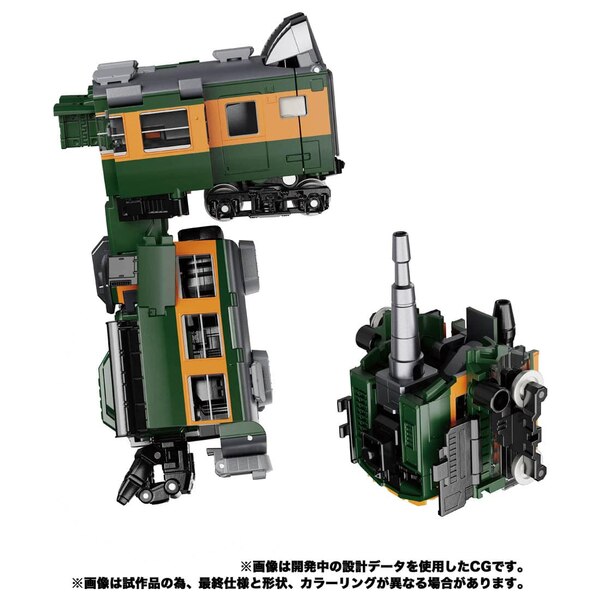 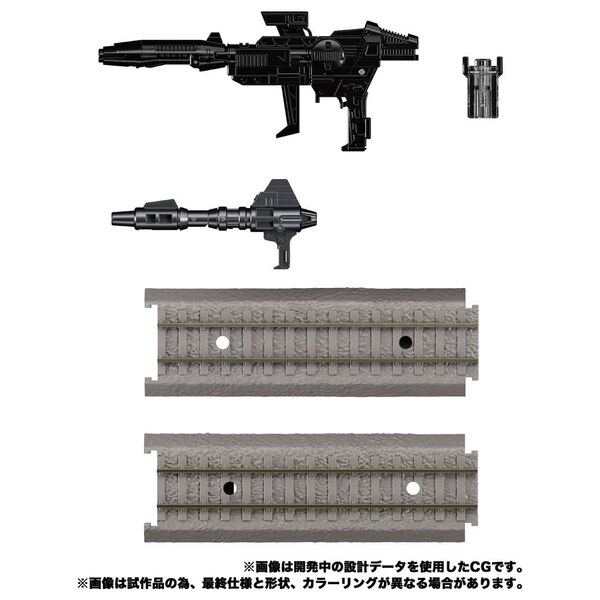 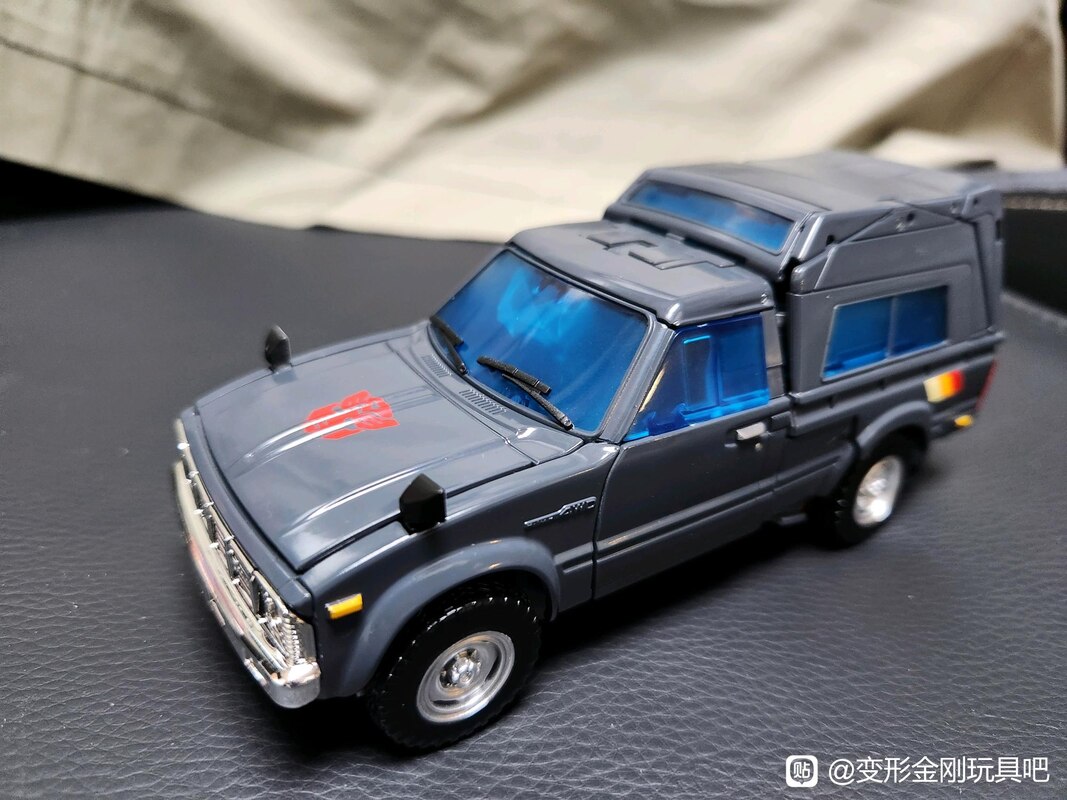 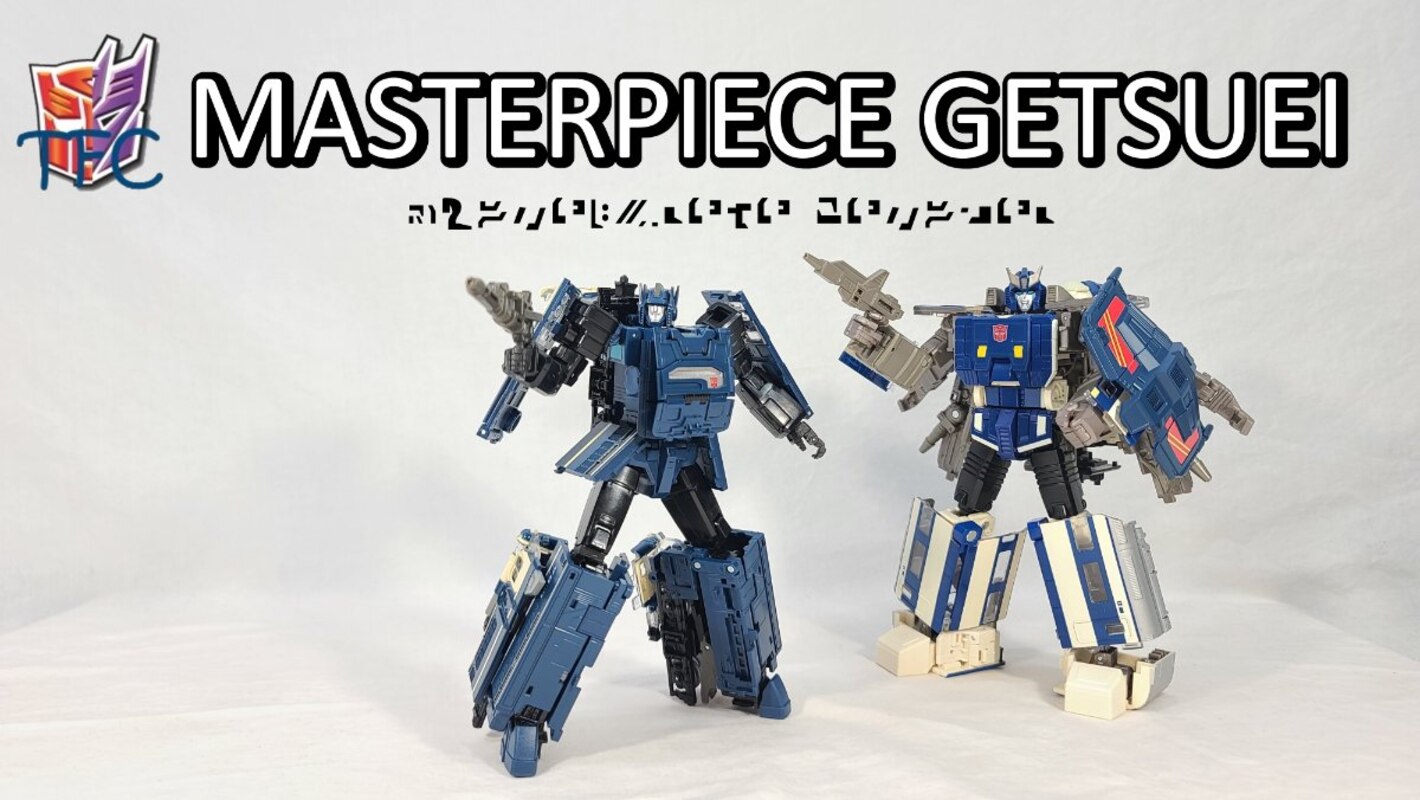 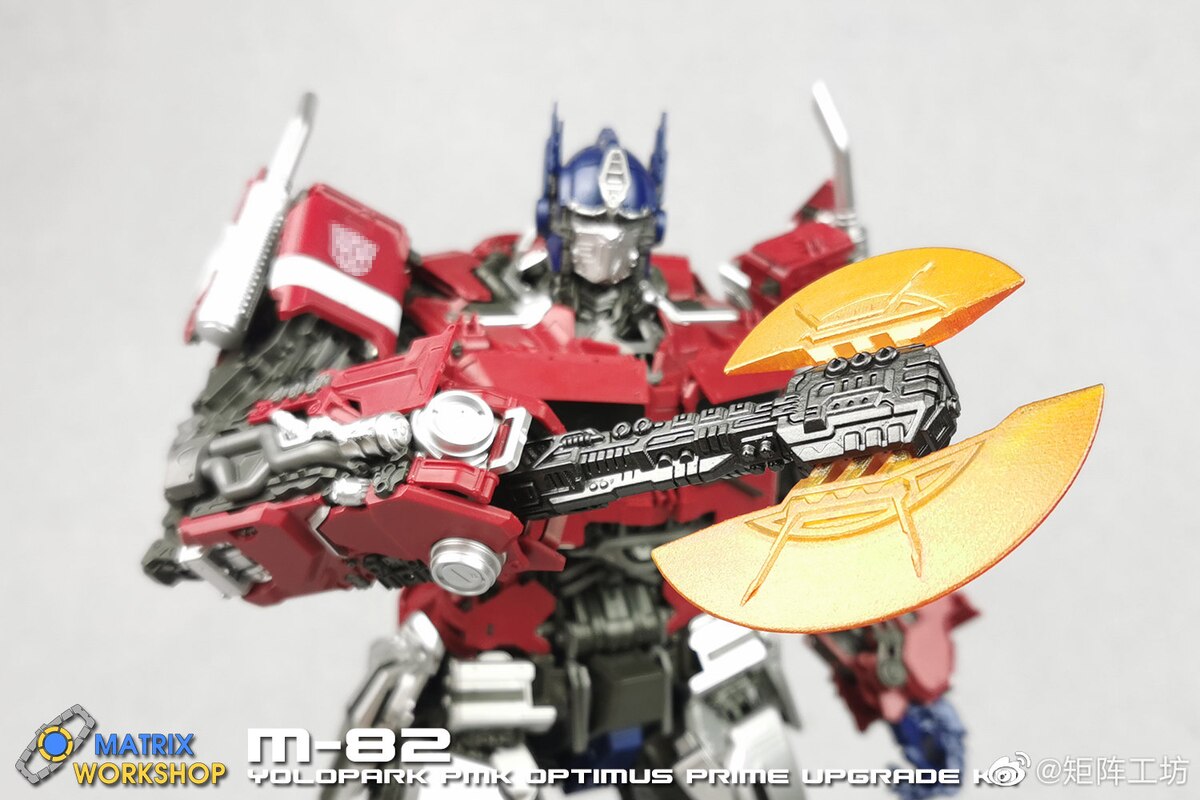 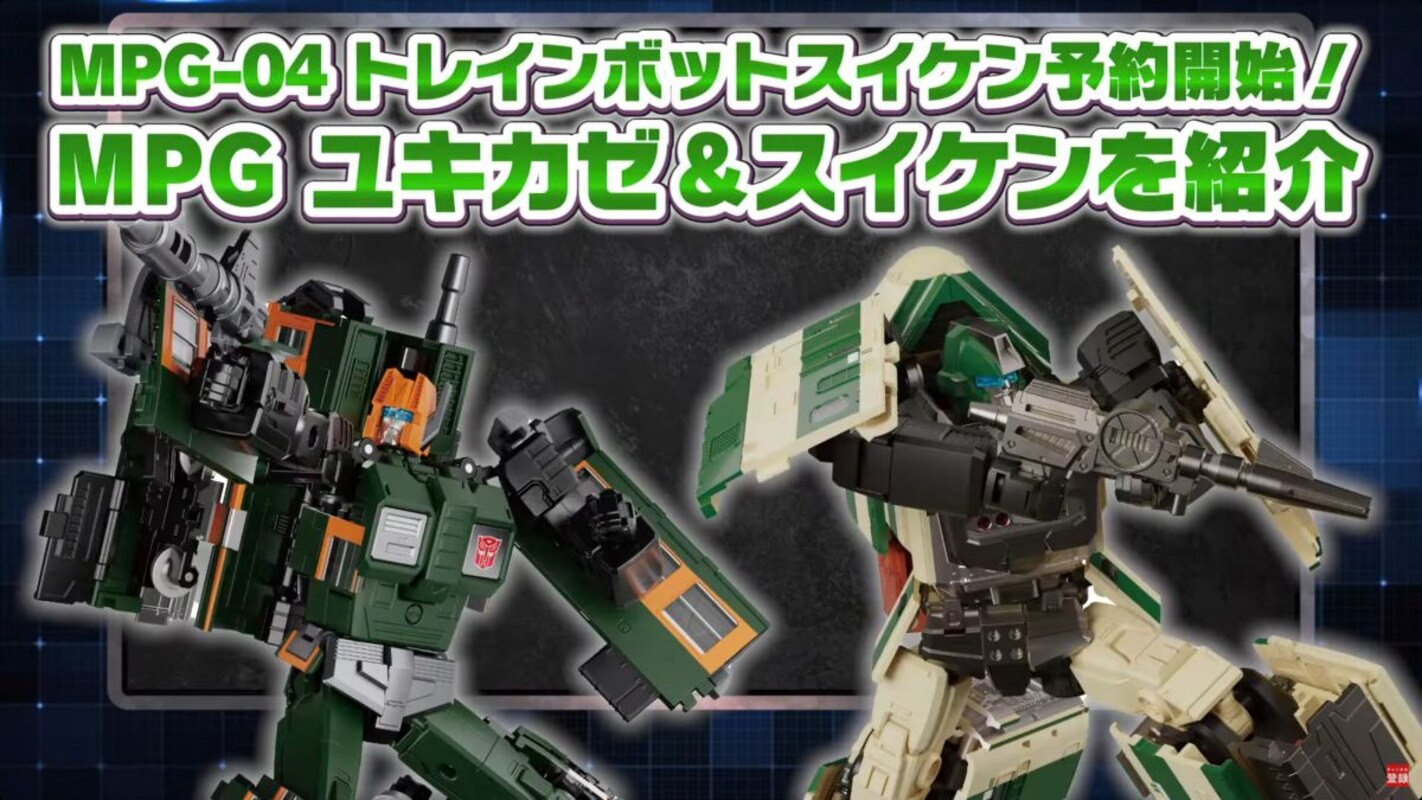 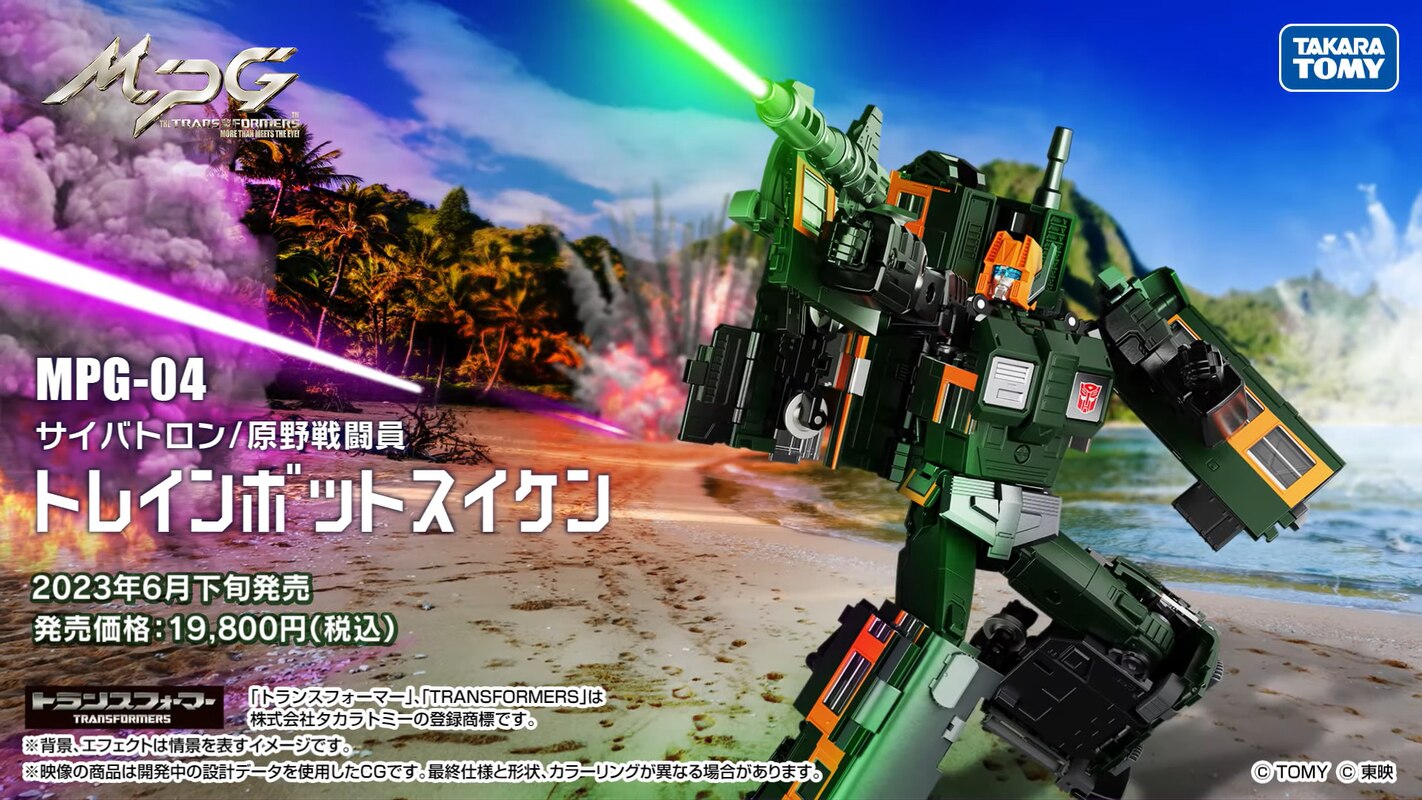 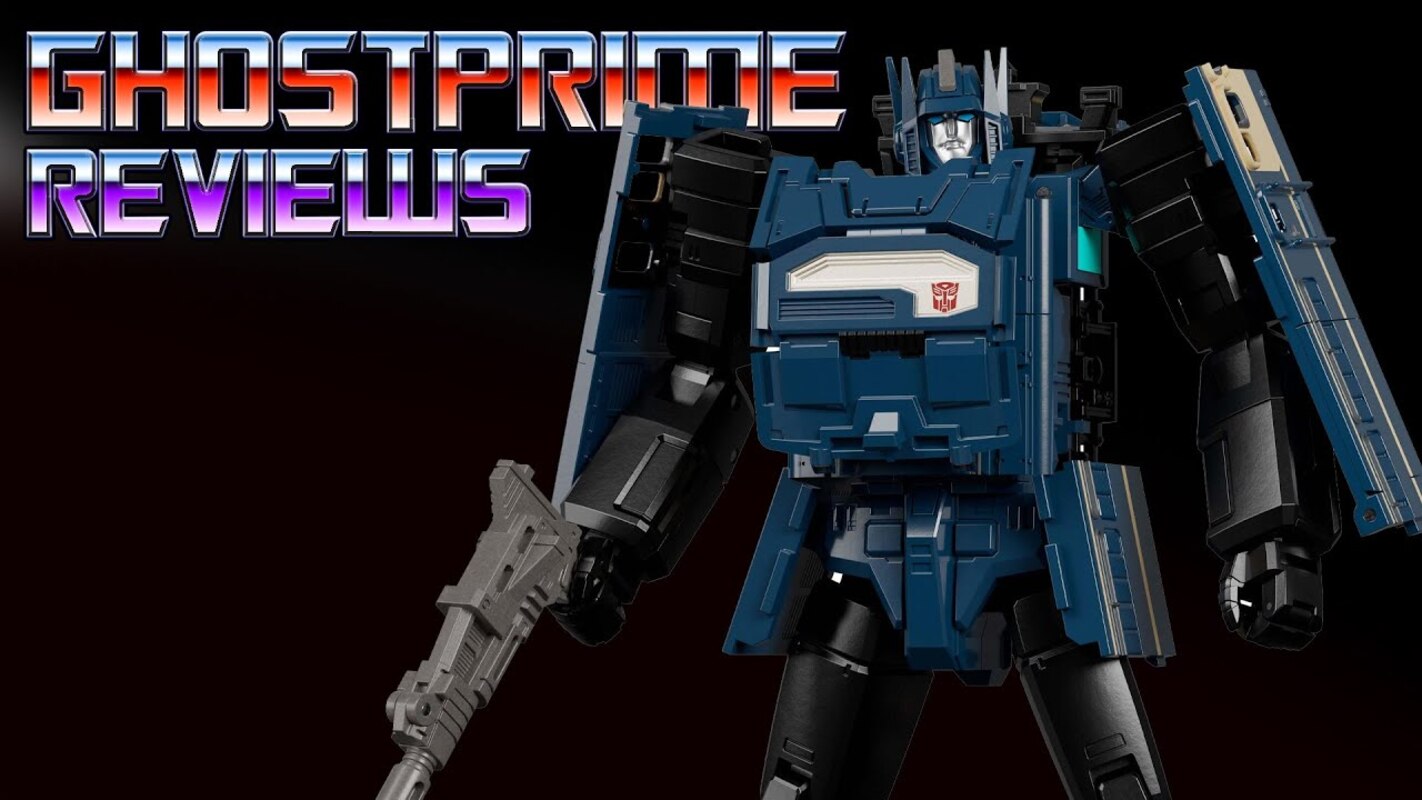