Thanks again to Curt from TFSource who let us know Headrobots stopped by with some updated progress pics of their Drone piece. Drone was created by the heroic team using a mysterious golden disc to infiltrate the evil Headrobots lair and assassinate Blood DX. Check out the images for the set now the figures that will start shipping next week. The preorders are up now TFsource. 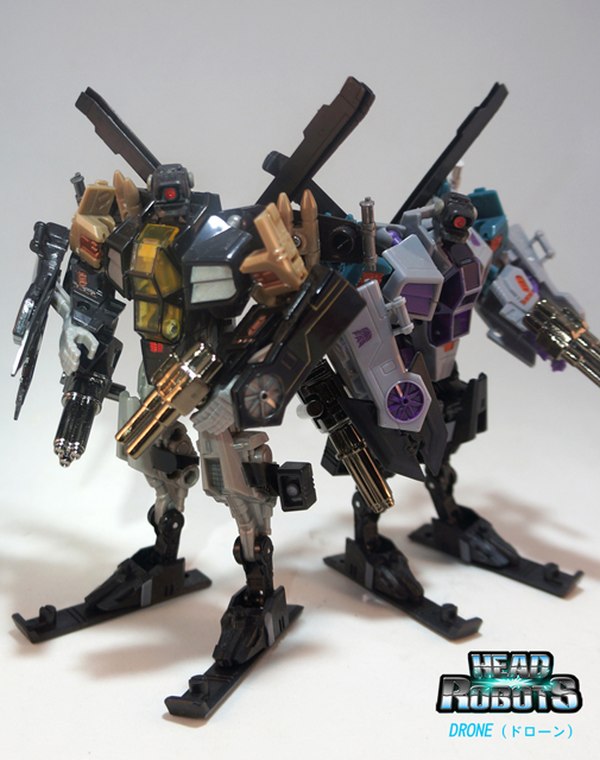 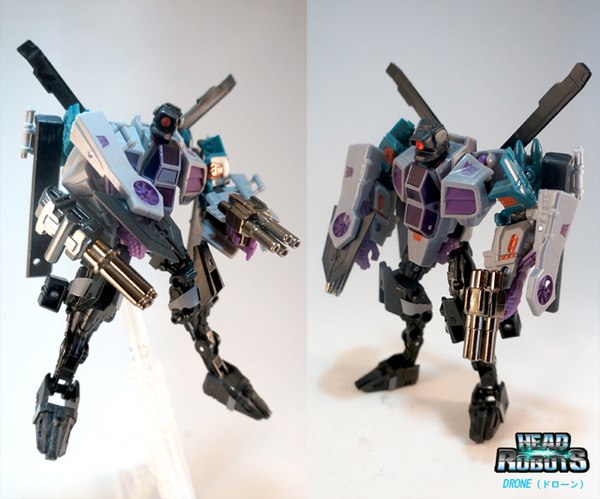 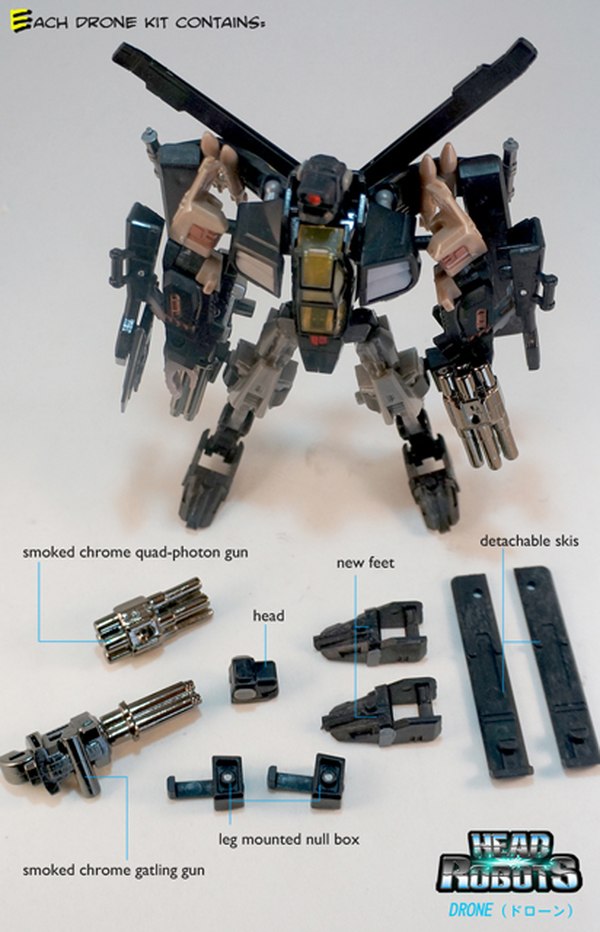 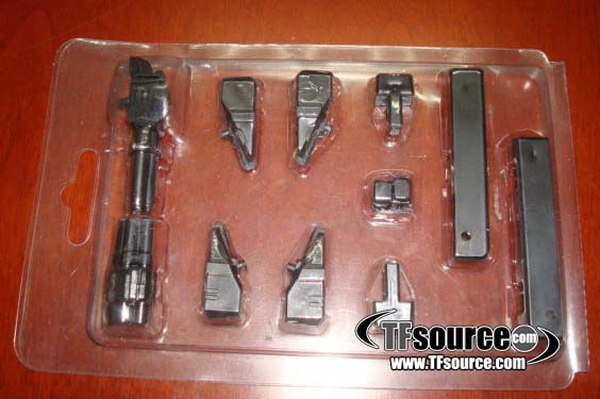 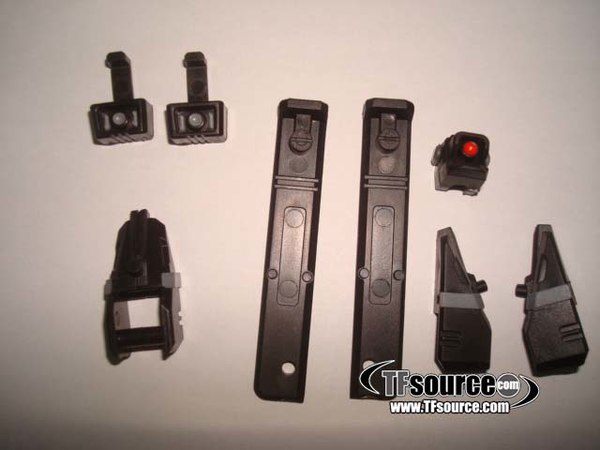 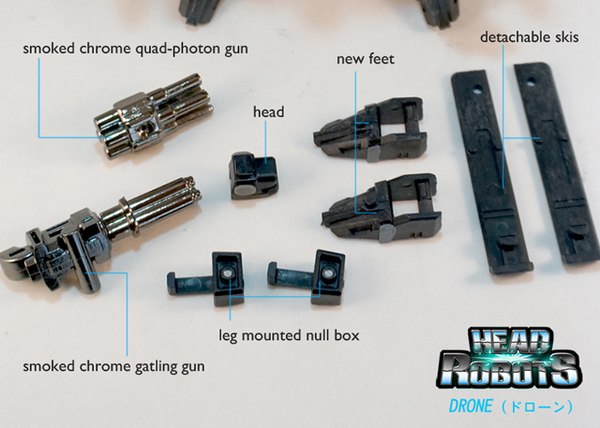 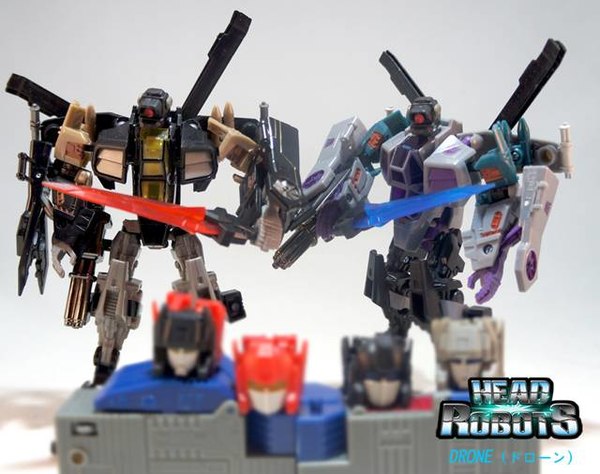 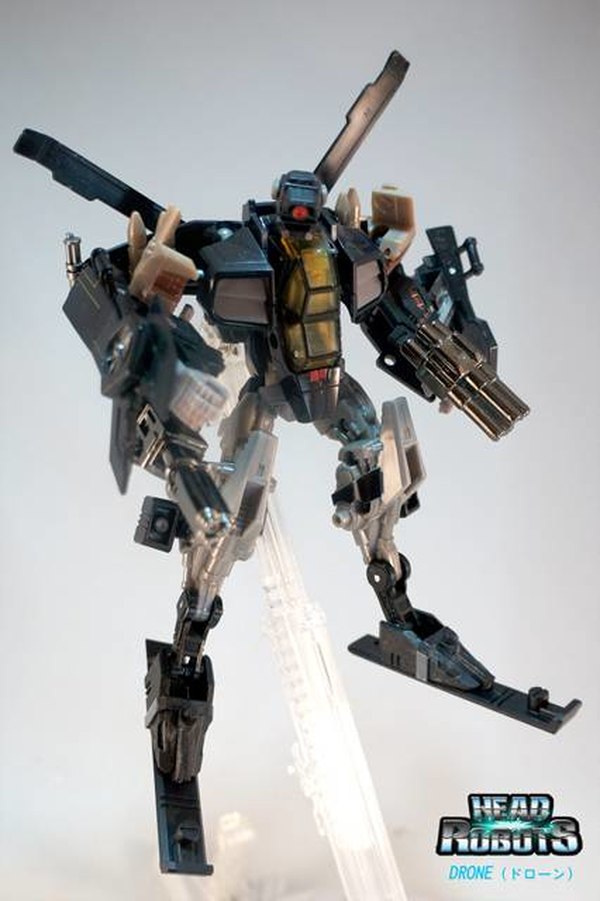 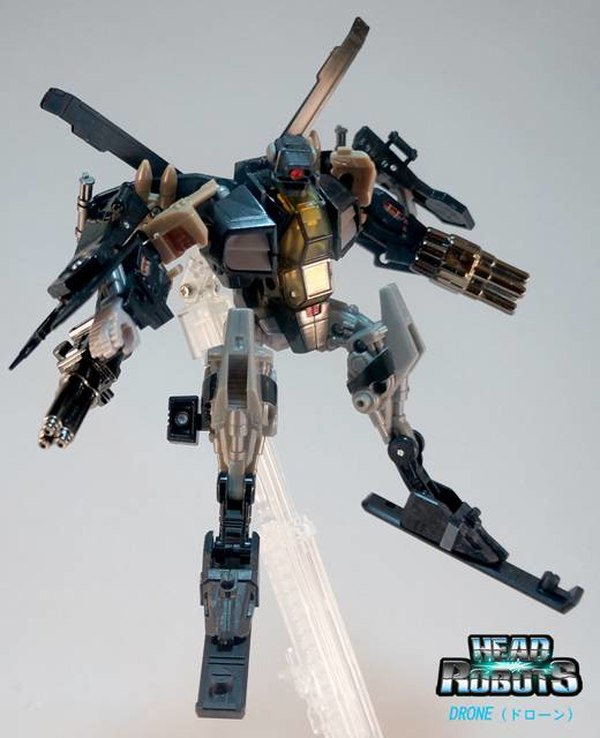 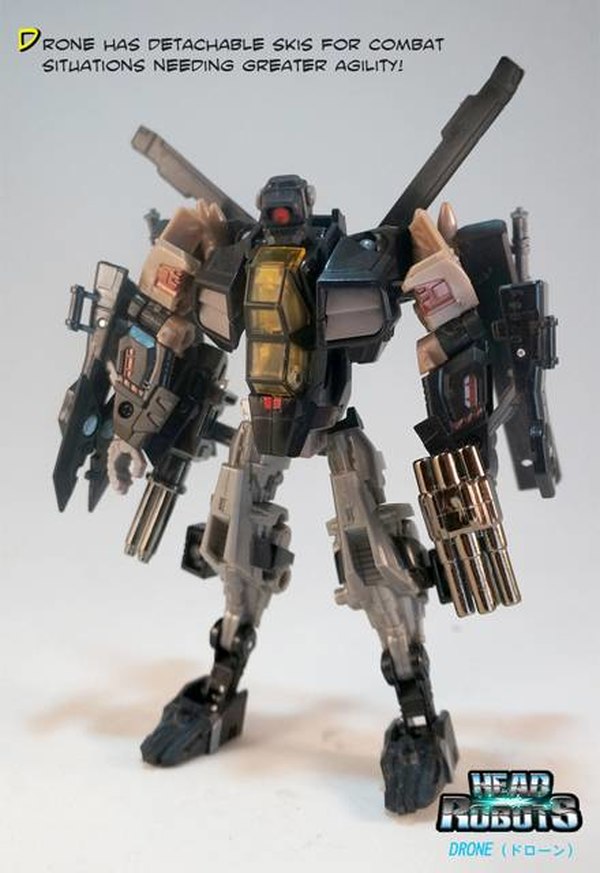 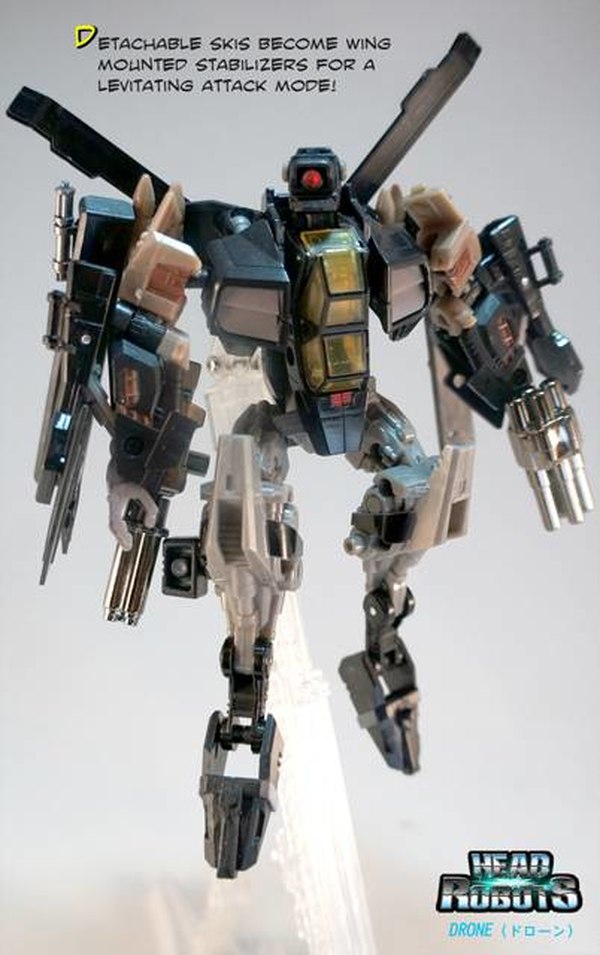 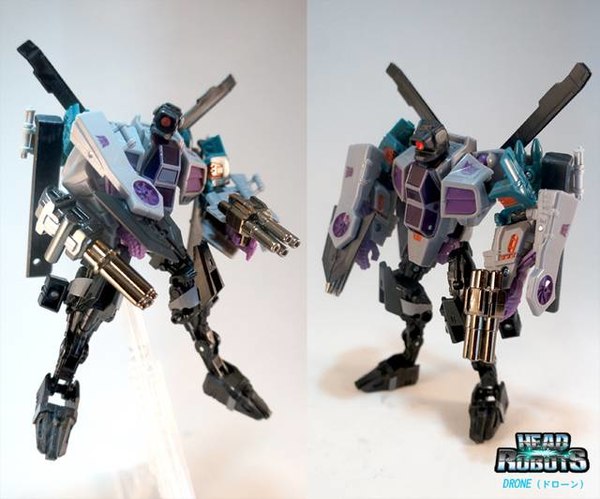 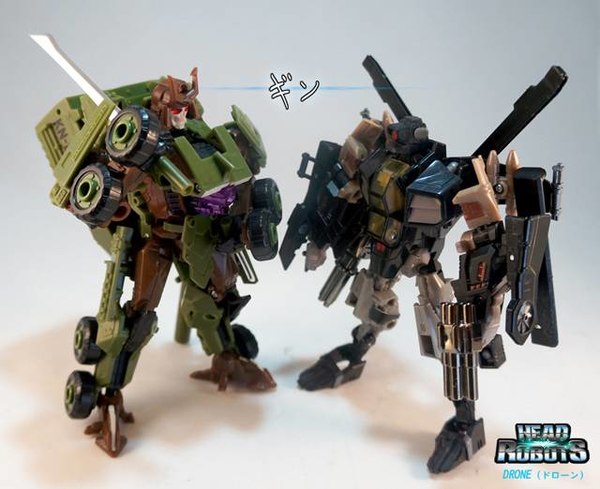 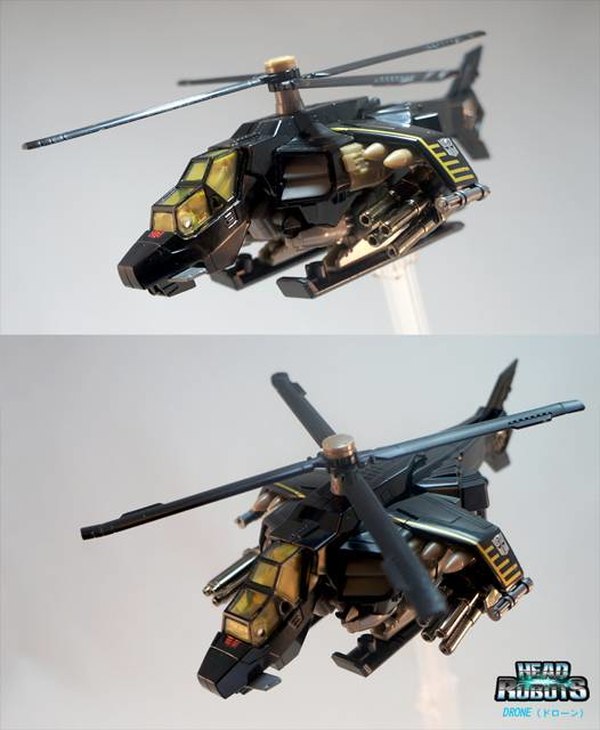 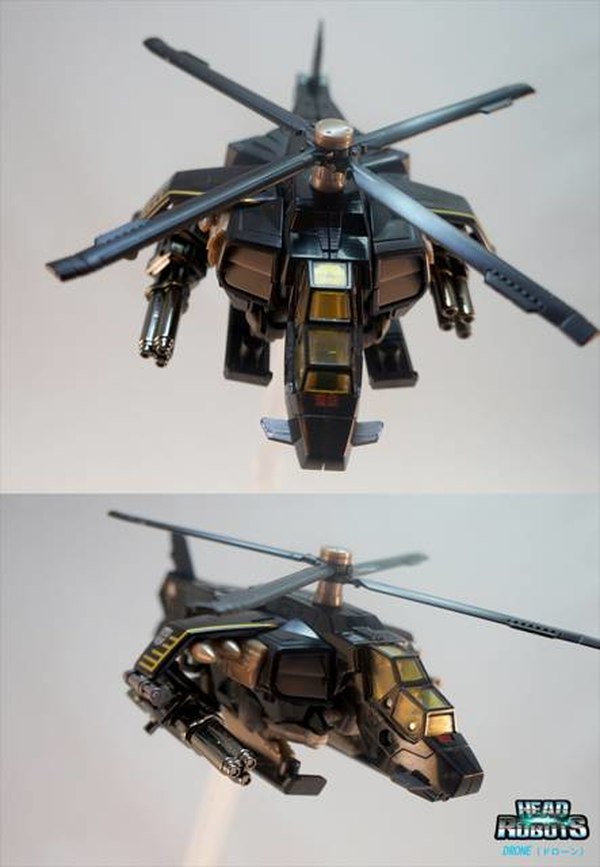 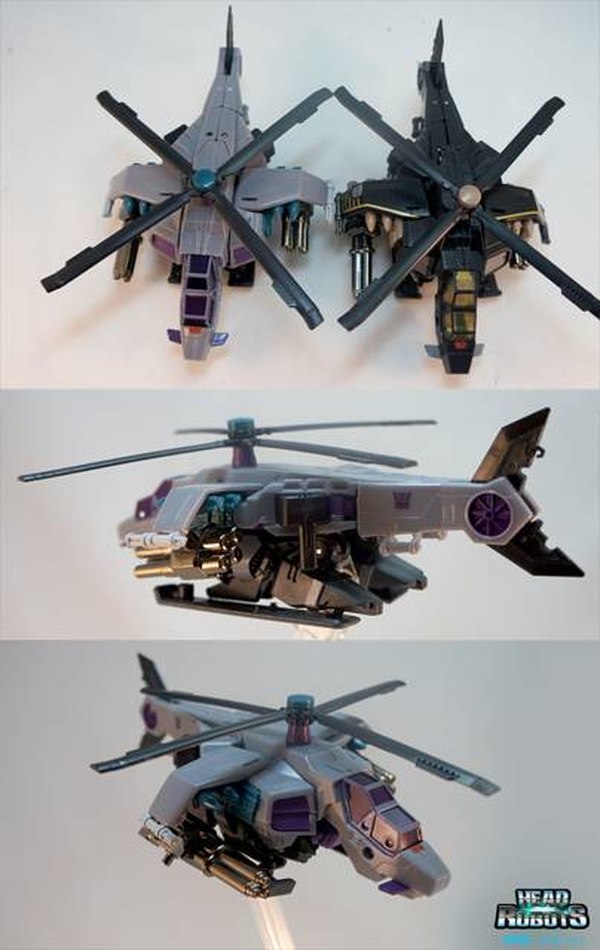 I am really interested in this set. I already made a custom Whirl using the Voyager Whirl head and swapped out a Tomahawk head with it. I also don't use the transformation of this figure that gives him the "Chicken Legs" I actually leave the fee folded up to give a thicker leg and fold down the small piece in-between as the foot or the landing gear wheel. This pic was taken before I discovered the "mistransformation" that i use now, but shows the simple headswap I did.

Humm... so the feet connect to the ski's using magnets I assume? Because I do not see the two little nubs providing enough support to hold the ski's on securely.

Basically here is how I see it working, there is a metal strip embedded in the skis "or is going to be embeded in the track between the two nubs on the ski" and a rare earth magnet in the foot. The nubs on the ski's keeps the foot in the proper position and the magnets attraction to the metal plate provides the force needed to secure the ski to the foot. Its actually rather ingenious.

As to why the ski's have a 5mm peg near the front, this is for storage on the "wings" in robot mode. 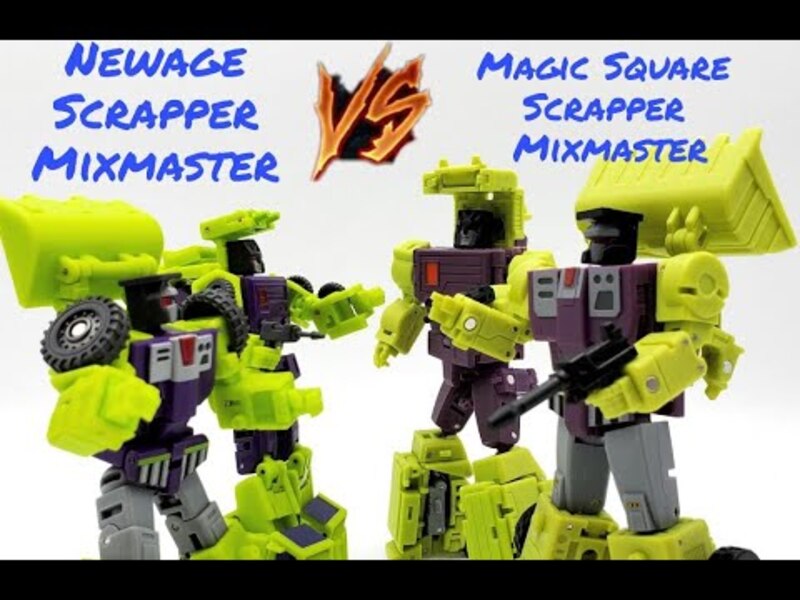 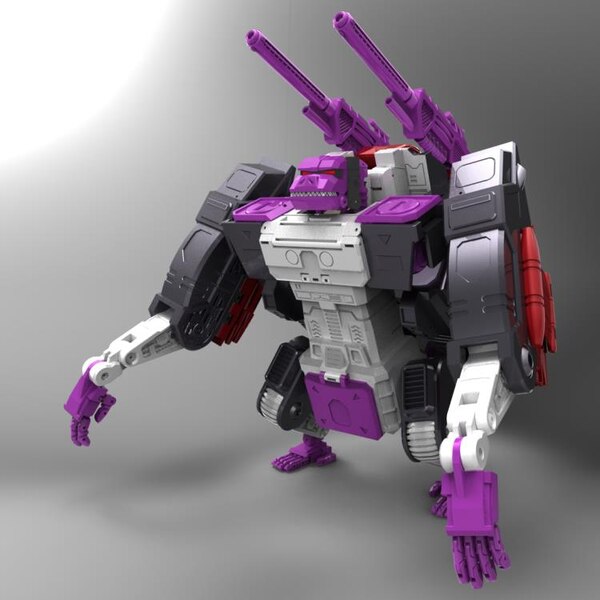 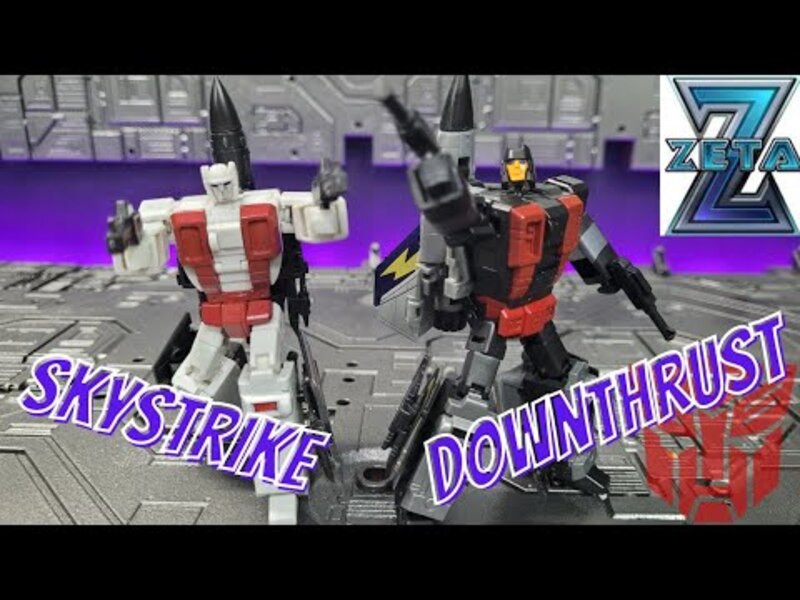 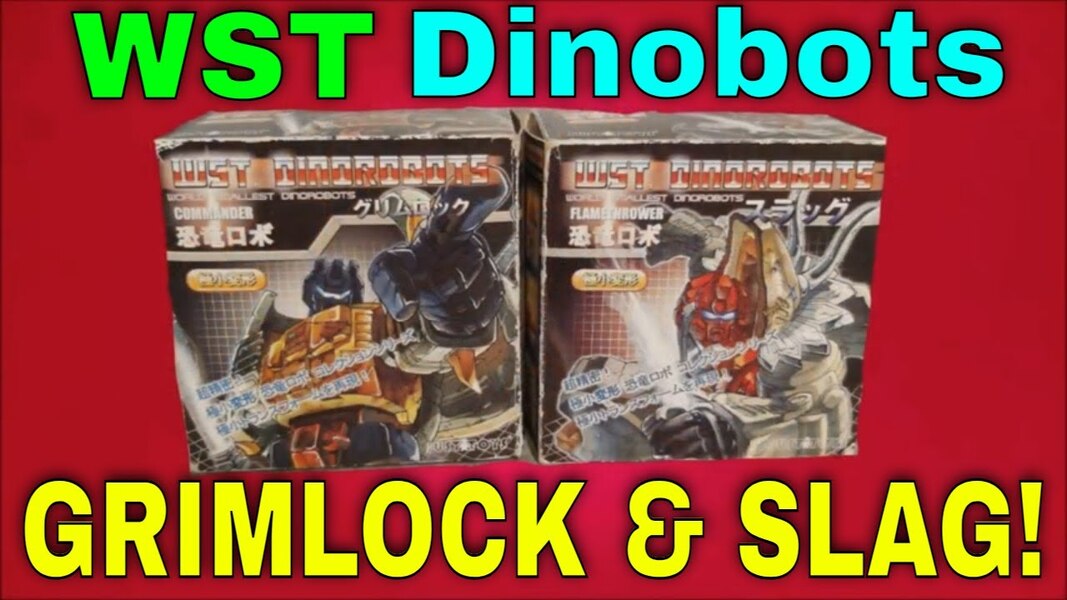 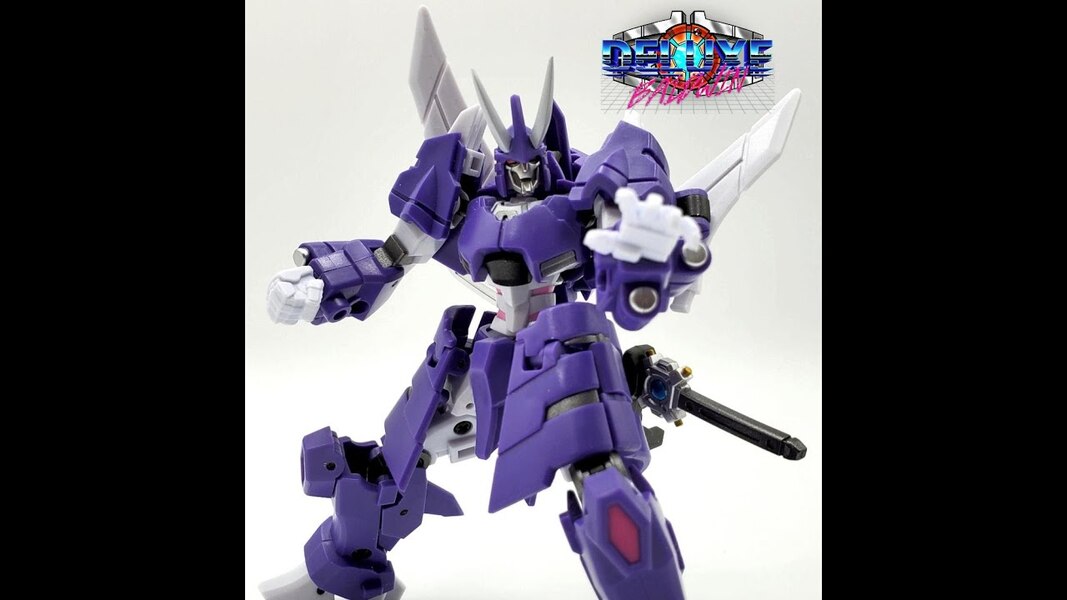