New Information on Transformers 3 Dark of the Moon Soundwave Figures

Several new Transformers Dark of the Moon listings have been sent out to retailers, and three of them back up the rumor that Soundwave's alternate mode is Mercedes-Benz SLS AMG.

The deluxe and Cyberverse versions have "Mercedes" attached to the listings.

Since there are only two Mercedes-Benz vehicles sighted during filming, and the E550 is already attached to an Autobot named Q, the SLS AMG is the only logical choice. 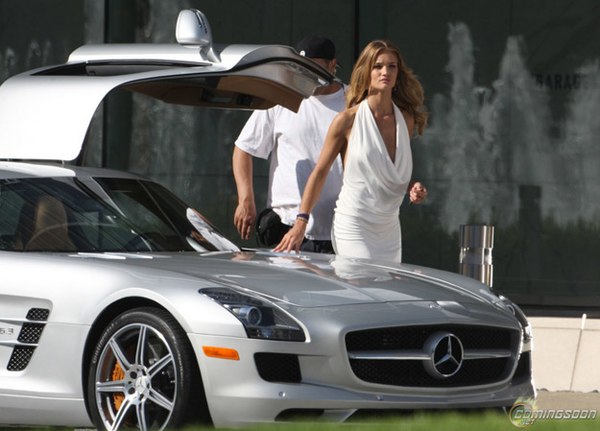 This indication is despite Director Michael Bay's assertion and Nelson's denial that the SLS AMG is not Soundwave and is just a vehicle that Carly Miller (Rosie Huntington-Whiteley) drives.
Related: See an image of Soundwave in the Transformers Dark of the Moon Game