Activision Publishing, Inc. and Hasbro today released two new video game bundles that are more than meets the eye: TRANSFORMERS: ULTIMATE BATTLE EDITION for Nintendo’s Wii system and TRANSFORMERS: ULTIMATE AUTOBOTS EDITION for the Nintendo DS™ hand-held system. Both titles combine two full games from the epic, galactic saga between the AUTOBOTS and DECEPTICONS into one package loaded with adventure and value for this holiday season.

+ TRANSFORMERS: CYBERTRON ADVENTURES:
Before their conflict came to Earth, the AUTOBOTS and DECEPTICONS waged war over the fate of their home planet, Cybertron, in this third-person adventure featuring 16 air and ground missions with two-player co-op.

+ TRANSFORMERS: DARK OF THE MOON – STEALTH FORCE EDITION:
Experience the untold story set before the movie of the same name in this third-person action game featuring 18 missions, 8 playable characters and the incredible power of the all-new stealth force.

TRANSFORMERS: ULTIMATE AUTOBOTS EDITION, out now for $19.99 for Nintendo DS and rated E 10+ (Everyone 10+) by the ESRB, includes:

+ TRANSFORMERS: REVENGE OF THE FALLEN:
Save the world from the brink of annihilation across a riveting campaign with 12 missions inspired by the film in this explosive adventure.

+ TRANSFORMERS: DARK OF THE MOON:
Experience the untold story set before the movie of the same name in this third-person action game featuring 12 missions, 4 playable characters and the incredible power of the all-new stealth force.

The Wii is end of life now. Late production games for consoles are always under purchased and tend to hold value even if the game sucks. I recommend picking it up. 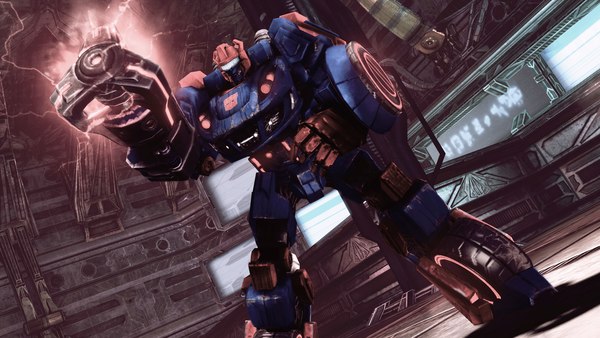