While we reported and showed you at BotCon the three Wal-Mart off-screen "Transformers" deluxe class exclusive figures, Hasbro has now graciously provided us with some official images of Decepticon Fracture, Breakaway, and Crankcase.
Cincinnati, Ohio – This September, TRANSFORMERS Movie excitement continues with three new Movie Deluxe figures available only at Wal-Mart. Check out these images of DECEPTICON FRACTURE, BREAKAWAY, and CRANKCASE, as revealed this past Saturday at the Hasbro panel at BotCon.

DECEPTICON FRACTURE
Dedicated to MEGATRON and the DECEPTICON cause, DECEPTICON FRACTURE is a dangerous enemy. She is totally fearless, and probably a little bit crazy, as she dives directly into any battle, regardless of the odds. Although she carries a powerful negative energy blaster, she prefers to use the seismic energy dischargers on her feet to smash the surrounding earth to pieces. Any battlefield on which she walks shudders with the force of her steps.

DECEPTICON FRACTURE was inspired by the female Gobot Crasher, but the name was changed to DECEPTICON FRACTURE when Crasher was unavailable for use. This deco scheme was one of several ideas for the Classic Series MIRAGE mold, and emerged as the most popular with the team. Her vehicle mode deco is based on a real Russian F1 race car color scheme. 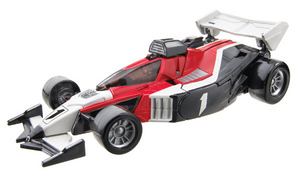 BREAKAWAY
Escape-artist extraordinaire BREAKAWAY has never been held in captivity for more than a few hours. Even then, most of the times he's been captured have only been because he let it happen, so he could get inside a DECEPTICON base and blow it up. Every one of his joints is double, and secret compartments cover his body, hiding dozens of tools for use in escaping from any cell. He's as slippery as a Neutronian grease eel, and clever as a turbofox. DECEPTICON bounty hunters across the galaxy have an almost supernatural regard for his skill.

BREAKAWAY is based on the G1 Powermaster AUTOBOT escape artist Getaway. The name Getaway was unavailable, so the similar sounding Breakaway (which was already registered by Hasbro) was used instead. 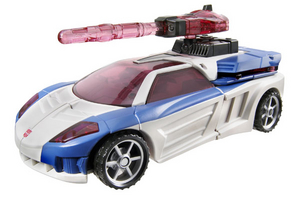 CRANKCASE
CRANKCASE doesn't really care about MEGATRON; he just joined the DECEPTICONS because he was in a bad mood, and it's pretty much lasted. As far as he's concerned, everything is pointless and stupid. He sees no reason why anyone else should be enjoying things when he's so miserable. That's why he spends his time grumpily ruining things for AUTOBOTS and DECEPTICONS alike. He's not much of a warrior, so he specializes in just being inconvenient. His blaster arm causes metal to rust instantly.

CRANKCASE is based on the G1 Decepticon Triggercon of the same name. His flip out weaponry is extremely similar to the original toy, so using the TRANSFORMERS: CYBERTRON RED ALERT mold worked well. In his original expanded biography, CRANKCASE was once a janitor for fuel spills, so the design team decided to make his vehicle mode a car for a hazardous materials team. 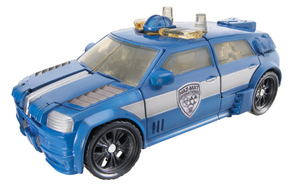 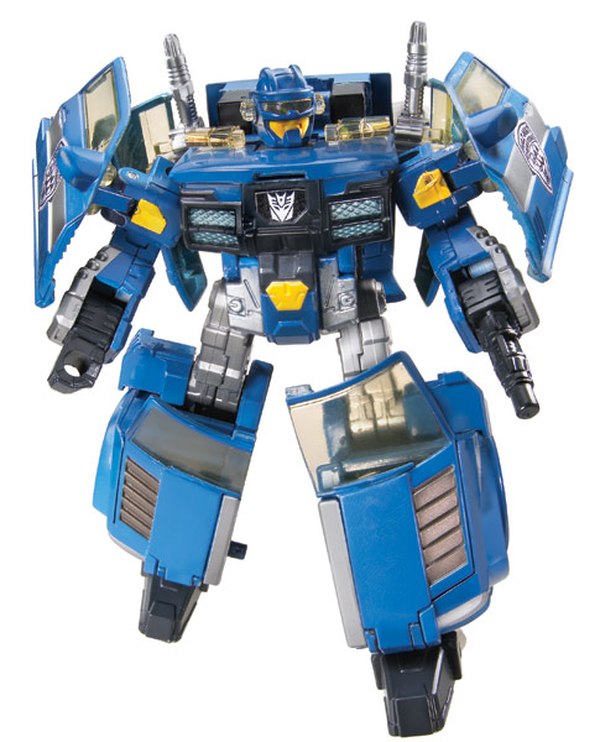 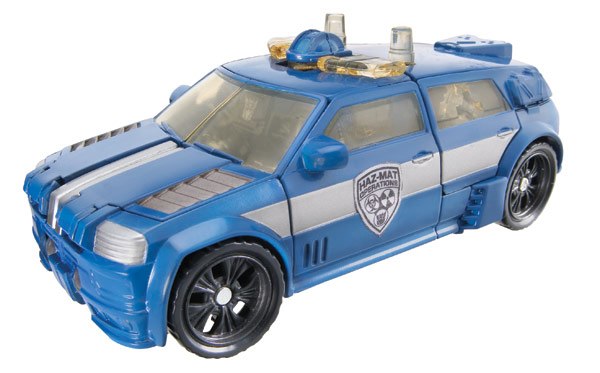 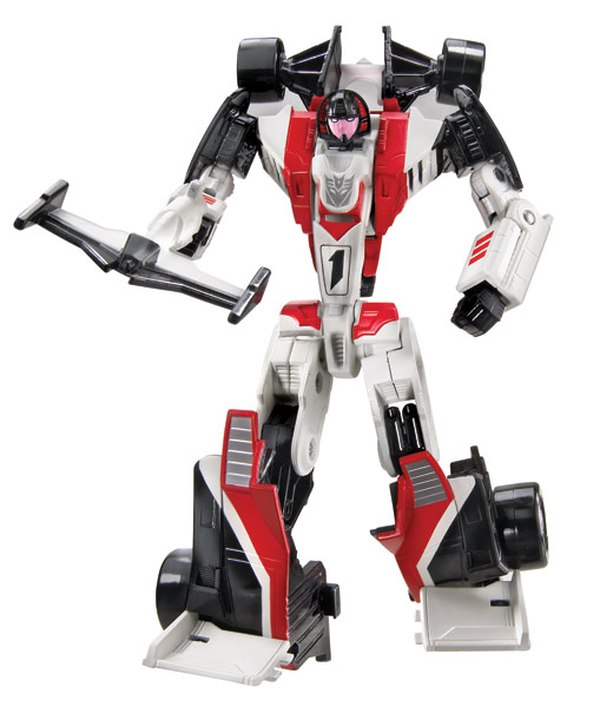 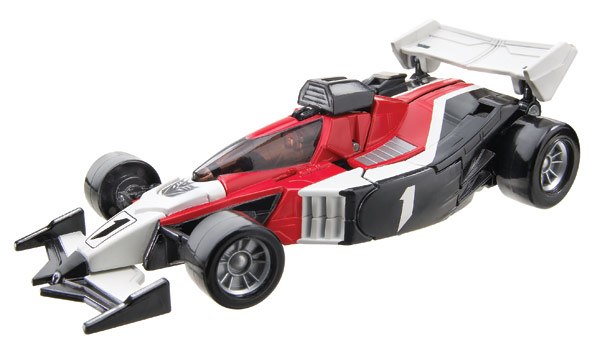 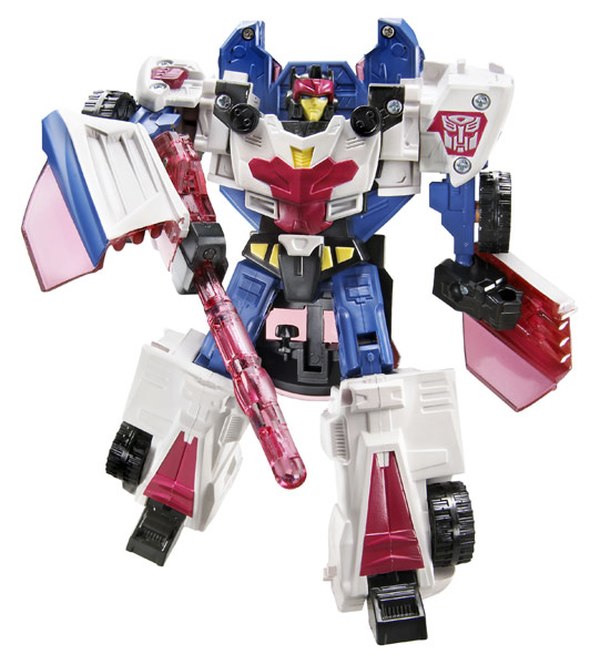 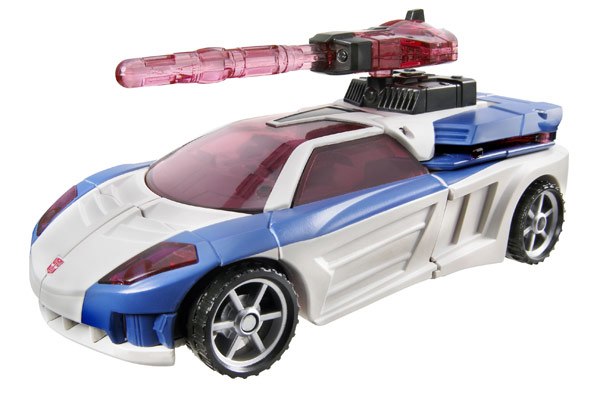 Wait, I don't get it..They actually added to the Classics Mirage mold, very cool by the way..But, they made it after a Go-Bot? I don't know anything about them..Are they Hasbro as well? How does TF have the rights to making a Go-Bot?

As Pascal said, Hasbro does own the rights to the Go-Bot name and character rights. Go-Bots were put out in the '80's by Tonka, which was bought by Hasbro in the early '90's (IIRC). In fact, Hasbro/Kenner put out a G2 character whom they named GoBots! :jslaugh

So, anyways, yeah... I guess the best way to eliminate competition to a line is to buy out the competition! :07evil :07dance

oh I thought you meant below that :tflaugh

Me too, seeing as that would be the "crotch" area. The 1 is on the "stomach".

How are you gonna know she's a ckick without a pink face?

how about by that big hatchet wound she has on her crotch?

Now I will never view my Classics Mirage the same again (saw what MH saw). But now I am more interested in getting Crasher now.

THATS GREATS. SHE GOTS A CROTCHSPOT.

oh I thought you meant below that :tflaugh

:wtf so the 1 doesn't represent an askew landing strip?

At least they didn't add on any sort of hair piece design like Arcee got..Ugh.

How are you gonna know she's a ckick without a pink face?

how about by that big hatchet wound she has on her crotch?