by Rawhide on January 24, 2009
Thanks to The Arker, we have some images showing off the packaging for the Transformers: Revenge of the Fallen Optimus Prime and Starscream voyagers figures.

The Optimus Prime looks to be the same release as we saw before. It also seems as if the roof of the truck cab will sport some sort of battle damage. The figure will also feature the addition of a big Autobot symbol on the side of the truck cab. 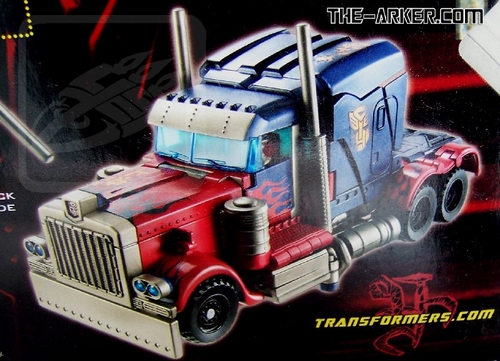 As reported before, the packages for Optimus Prime and Starscream feature the "Mech-Alive" technology (aka Automorph technology from the first film) that we saw featured in the 2007 release. 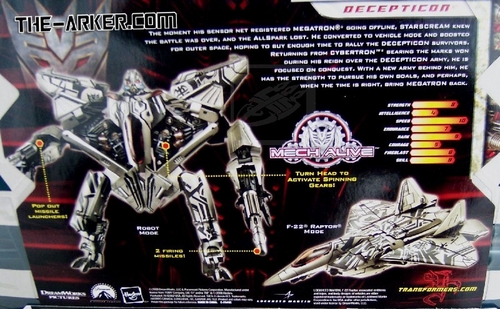 This Voyager class Starascream looks like the Premium / Deep Space edition with some new paint applications added on the alternate mode across the back of the jet and wings. Addionally, the insane gatling gun arms have been replaced by 2 firing missiles.

The box also shows a new edition of Ironhide is coming, which we have discussed in detail.
9 Image(s) - Click to Enlarge 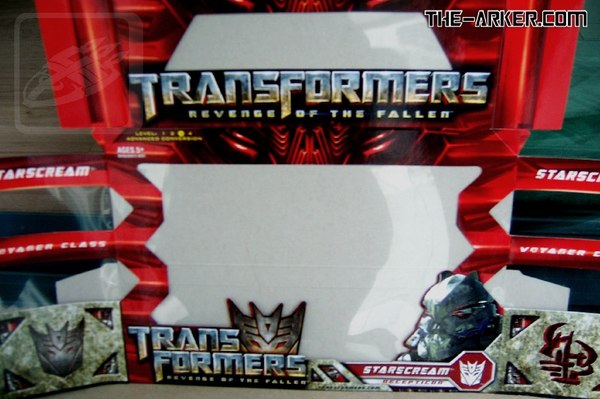 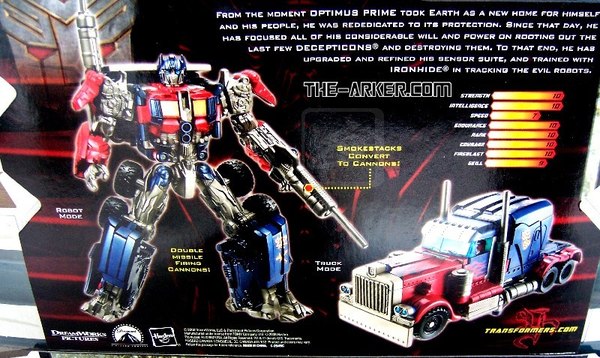 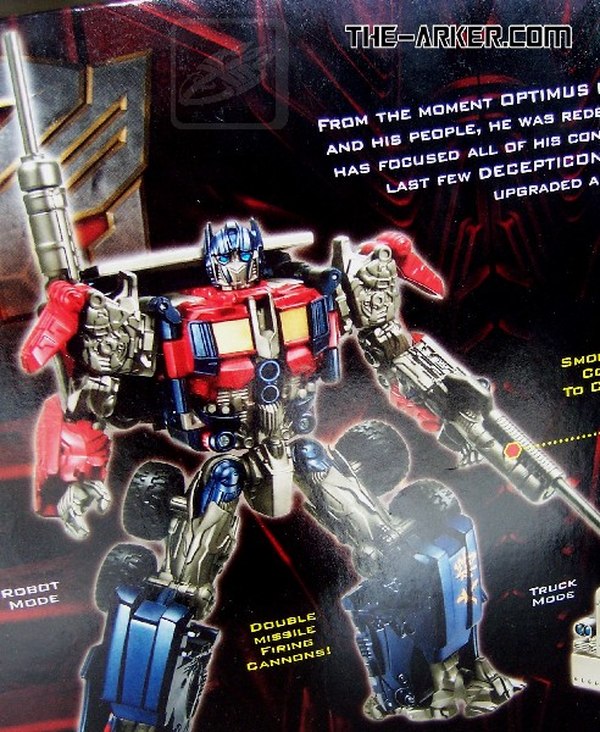 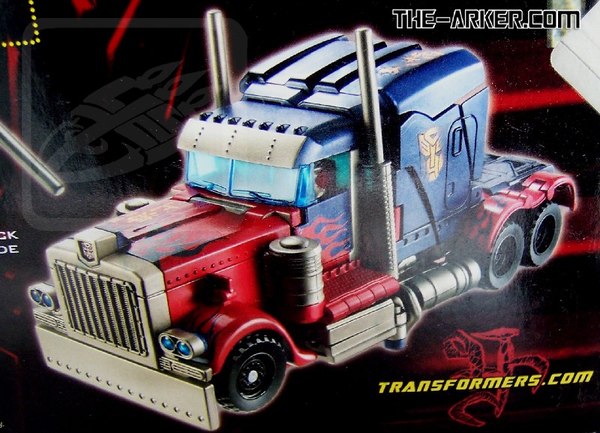 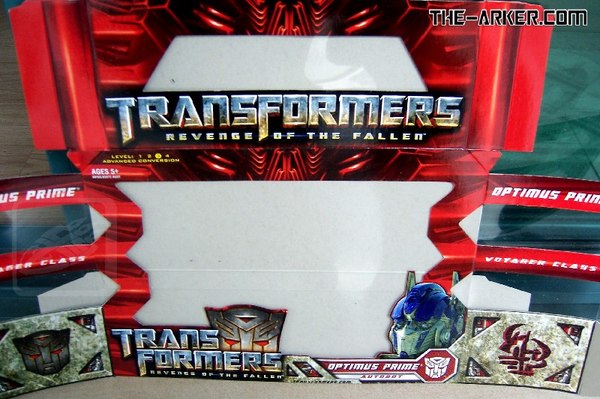 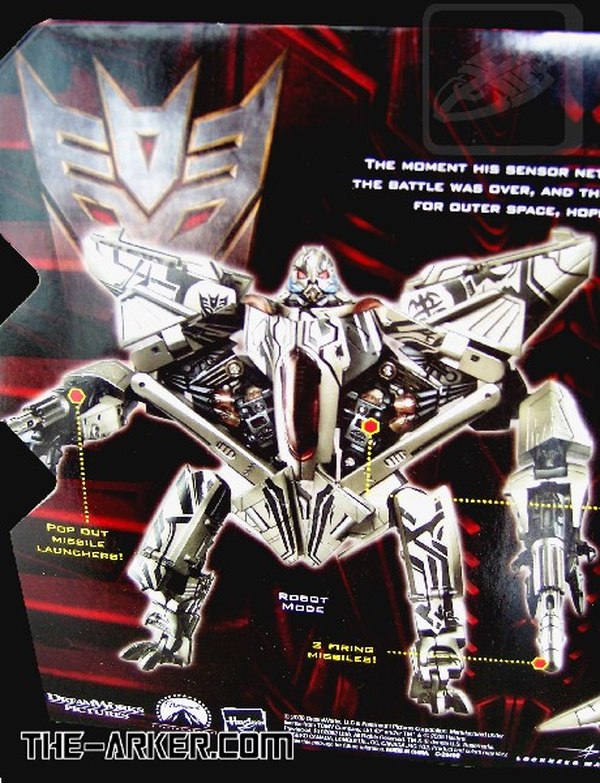 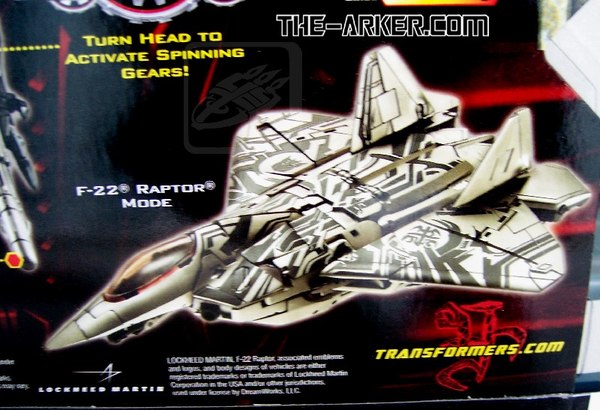 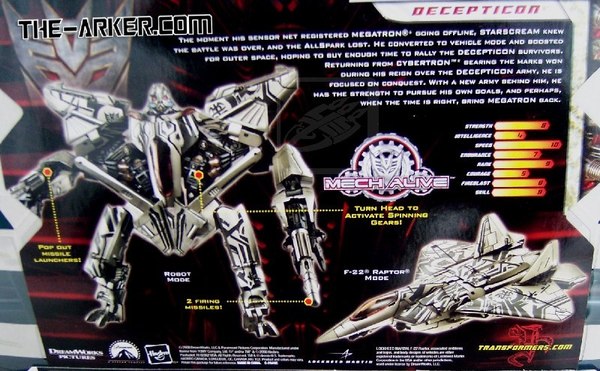 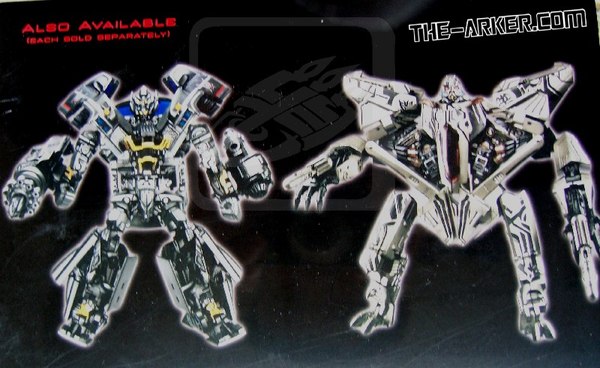