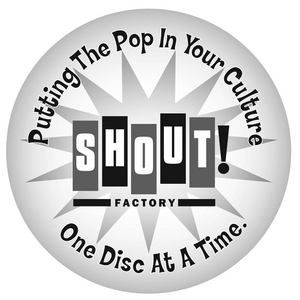 Putting the Pop in Your Culture One Disc at a Time at Shout! Factory’s Booth # 3849

For 19 years, the highly entertaining saga and fan-favorite characters from Power Rangers have captivated children and adults alike and are beloved by legions of fans worldwide. Loyal fans and Comic-Con attendees will not want to miss this year’s highly sought-after panel event POWER RANGERS: 20 Years and Beyond on Thursday, July 12 at 2 PM (Hilton San Diego Bayfront - Indigo Room). As a special treat for fans of all ages, Saban Brands and Shout! Factory will officially kick off the 20th Anniversary celebration of Power Rangers withthis highly anticipated panel discussion featuring members of the creative team, on-screen talent and other notables from the two-decade history of the series. The panel will dive into the evolution of the Power Rangers franchise over the years, including the long-awaited debut of the series on DVD and the show’s resurgence on Nickelodeon with Power Rangers Super Samurai and much, much more! Moderated by Brian Ward (Shout! Factory DVD producer), panelistsinclude Elie Dekel (President of Saban Brands), actor Paul Schrier (who played “Bulk” in the original series and in the current production), writer and supervising producer Tony Oliver (Mighty Morphin Power Rangers), as well as other key talent and members of the creative team.

Putting the Pop in Your Culture at Shout! Factory Booth #3849

It wouldn’t be Comic-Con without a visit to the Shout! Factory booth. Poised to whet the appetites of Comic-Con attendees and pop culture enthusiasts, the Shout! Factory booth will showcase a variety of upcoming and current home entertainment product lines. Stars and surprised special VIP guests will be on-hand at the booth for autograph signings, daily prize sweepstakes, fan interactive activities and more! The Shout! Factory Store, located in Shout’s booth #3849, is back at Comic-Con this year with a sumptuous selection of exclusives and upcoming home entertainment offerings, including Mighty Morphin Power Rangers The Complete Series, TRANSFORMERS PRIME – One Shall Stand, My Little Pony Friendship Is Magic: Royal Pony Wedding, Marvel Knights Animation Astonishing X-MEN: Torn, The Sarah Silverman Program: The Complete Series, Mystery Science Theater 3000: Volume XXIV andmuch more!

Get this 19-DVD box set Comic-Con Exclusive version only at the Shout! Factory booth! Featuring all 145 original episodes from Mighty Morphin Power Rangers: Seasons One, Two and Three, plus the ten-episode series Mighty Morphin Power Rangers: Alien Rangers. In-depth bonus content includes retrospective featurettes, brand-new interviews with members of the cast and the creativeteam and much more!

Following its debut in 1993, Saban’s iconic live-action pop culture series Power Rangers quickly became the most watched children’s television program in North America. Emphasizing the importance of teamwork, responsibility and helping others by following the adventures of a group of ordinary young people who “morphed” into superheroes, this long-running series has been seen in more than 60 countries, translated into numerous languages, and remains a mainstay in children’s programming blocks.

Now you can return to where the phenomenon began and re-live these thrill-packed adventures when Shout! Factory, in collaboration with Saban Brands, unleashes a cornucopia of home entertainment offerings, many of which have never been released on DVD, starting with the original series Mighty Morphin Power Rangers. Through unprecedented access to Saban Brands’ vast archive of content, many of these DVD collections produced by Shout! Factory boast extensive bonus materials and collectible packaging, making them must-haves for loyal fans and collectors.

Love is in the air… it’s time to celebrate a royal wedding! My Little Pony Friendship Is Magic: Royal Pony Wedding is coming to DVD on August 7, 2012 from Shout! Factory in collaboration with Hasbro Studios. MyLittle Pony Friendship Is Magic: Royal Pony Wedding features 5 episodesthat every pony will love, including “A Canterlot Wedding, Part 1,” “A Canterlot Wedding, Part 2,” “Hearts And Hooves Day,” “Sweet & Elite” and “The Best Night Ever.” Coloring sheets and 2 sing-a-longs are included as bonus features!

TRANSFORMERS PRIME – ONE SHALL STAND

The chart-topping super-team of Joss Whedon (Marvel’s The Avengers) and John Cassaday (Captain America, Planetary) return for more action on home entertainment shelves this summer in Astonishing X-Men: Torn! Comic book pages from the third story arc of this acclaimed series by one of Marvel’s greatest collaborations between Whedon and Cassaday come alive when Shout! Factory, in association with Marvel Knights Animation, unleash the highly anticipated ASTONISHING X-MEN: TORN on DVD August 14, 2012. This DVD invites viewers to delve deepinside the imaginative world of the Marvel Universe. A must-have for collectors and loyal fans, this deluxe DVD is featured with a graphic rich cover and aunique replica of comic book-style packaging that bridges the comic book-to-DVD concept. Written by Joss Whedon with art by John Cassaday, Marvel Knights Animation’s ASTONISHING X-MEN: TORN is produced by Atomic Cartoons.

JEM AND THE HOLOGRAMS: SEASON THREE

The series JEM and The Holograms ran from 1985-’88 in first-run syndication and still boasts a loyal and vocal fan base. It isfrequently credited with influencing fashion in the late 1980s and beyond, and launching the careers of female pop-rock stars and music groups. The series follows Jerrica Benton, whose discovery of Synergy, a powerful computer companion, allows her to change from owner of Starlight Music into rock star Jem. Teaming with her sister and best friends who form The Holograms, Jemsets out to make their musical dreams come true, even as she battles against the ruthless Eric Raymond and his musical protégés.

Fans and collectors can bring home TRANSFORMERS: THE JAPANESE COLLECTION DVD box set from Shout! Factory, in collaboration with Hasbro. This is the rare Japanese trilogy that followed the popular “Generation 1” animated series. Available for the first time in North America, this 13-DVD box set is fully loaded with over 42 hours of entertainment, including all episodes that originally aired from the three Japanese series — Headmasters, Super-God Masterforce and Victory — each with their original Japanese audio tracks, English subtitles, and an art gallery.

Reno may be the “Biggest Little City in the World,” but when a “Peace Bomb” nuclear test goes awry in the Nevada desert and turns most of the population into bloodthirsty zombies, the gambling Mecca becomes the biggest zombieland of all time in the highly popular apocalyptic thriller Steve Niles’ REMAINS. On August 7, 2012, Shout! Factory will unleash the UNCUT edition Blu-ray and DVD of Steve Niles’ REMAINS, jam-packed with special bonus content that includes audio commentary, the short film prequel Remains: Road to Reno, bloopers, trailers, Comic-Con teaser, and more! Based on the highly acclaimed IDW Publishing graphic novel written by Steve Niles (30 Days of Night), Steve Niles’ REMAINS is set in a chillingpost-apocalyptic Reno, Nevada, and follows the survivors of a bizarre accident that reduced most of the city’s population to zombies. The group takes refuge in a vacant casino and fights a losing battle against the undead, who grow steadily stronger, smarter and more aggressive by the minute. The movie stars Grant Bowler (Killer Elite, True Blood), Lance Reddick (Fringe, Lost, The Wire), Miko Hughes (Pet Sematary), Evalena Marie (Are We There Yet?), Tawny Cypress (Rescue Me, Heroes) and Anthony Marks.

Further underscoring its position as a leading curator and home entertainment provider of many memorable cultmovie classics, Shout! Factory recently announced the launch of SCREAM FACTORY, a new home entertainment series created to celebrate some of the most enthralling horror and sci-fi films with massive cult followings in cinematic history.

Debuting this September, SCREAM FACTORY boasts a scary slate of fan-favorite thrillers from the 1980s, many of which have never been available on Blu-ray™ before. Titles include Halloween II and TERROR TRAIN, (both starring “Scream Queen” Jamie Lee Curtis); the 30th Anniversary release of Halloween III: Season of the Witch; TheyLive from director John Carpenter (The Thing); Peter Benchley’s THE ISLAND starring Michael Caine, The Funhouse from director Tobe Hooper (Poltergeist); the nightmarish Phantasm II; and the much-anticipated DVD debuts of DEADLY BLESSING, directed by Wes Craven (Scream) and featuring Sharon Stone in an early role, and DEATH VALLEY starring Peter Billingsley (A Christmas Story). Each title will be presented in anamorphic widescreen, and most will be released in a “Collector’s Edition” packed with new bonus content, archival materials, a collectible cover featuring newly rendered retro-style artwork, a reversible wrap with original theatrical key art and more! 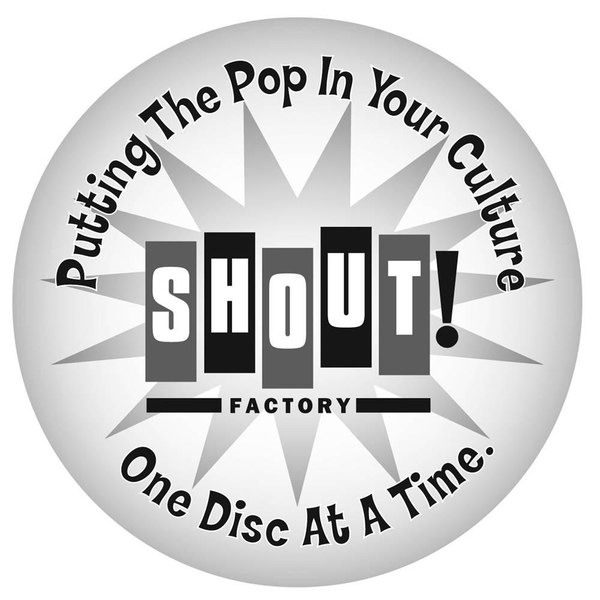