IDW Publishing has sent us an update with the Transformers September 2021 new comics titles with summaries and covers images. Read on to check out all the details on what will be hitting comics shops next September.

More ponies, more bots, and more magical mayhem as two worlds collide in the return of this hit crossover event!

While using a modified Spacebridge to bring magic to Cybertron, the Decepticons end up unleashing a more powerful evil from Equestria than they ever could’ve imagined—looks like the only way out of this one is to team up!

New partnerships will have to be created—the Seekers and the Wonderbolts, Applejack and Wildwheel, Soundwave and Octavia—in order to recapture the magic of their first meeting and save the day! All of this and more in the second My Little Pony/Transformers crossover! 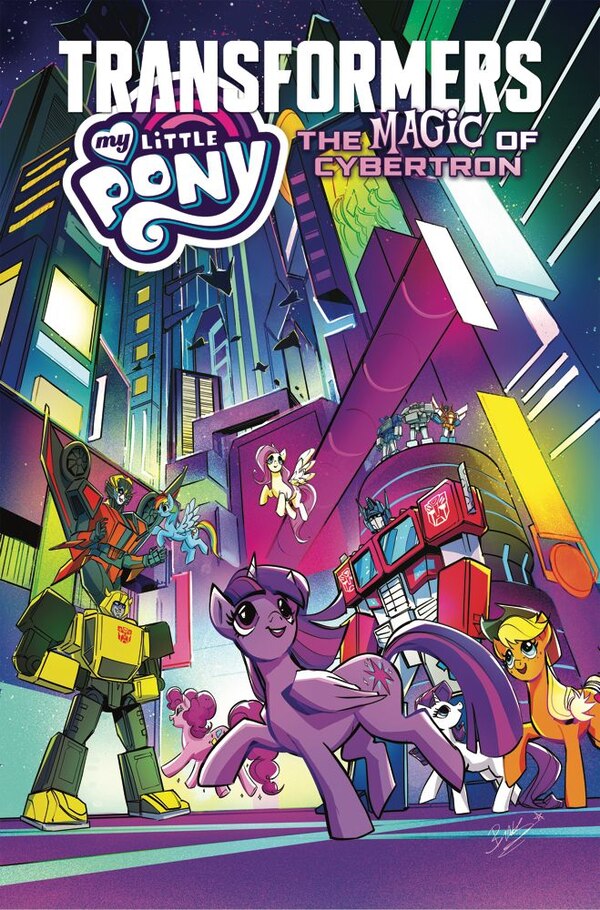 “Sea of Rust,” part two! Termagax has many secrets--information that could forever tip the scales in the favor of the Autobots or the Decepticons. As the Decepticons close in, she allows Optimus Prime and the two other Autobots she respects into her inner sanctum to share her knowledge. But will the Autobots be able to act on it before the Decepticons start their siege? And where does Skywarp factor into the equation?

*Retailer incentives: Order 10 copies and get one free variant cover by Evan Gauntt! 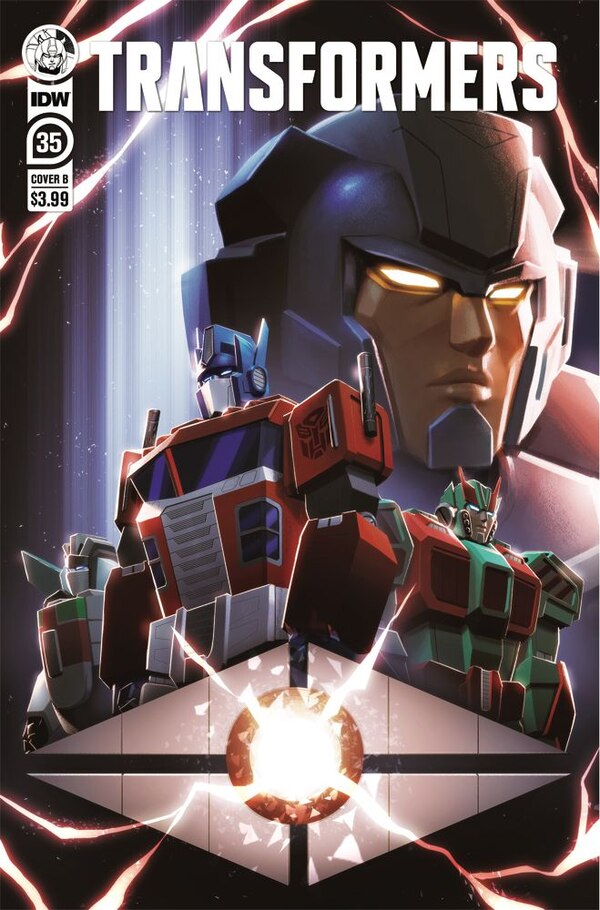 Whispers of a disembodied spark howling alone in the desert are floating around Cybertron. Whispers of Starscream’s loyalty to Megatron’s cause are also floating around. Frustrated and needing some space to clear his head, Starscream visits the desert and is surprised to actually hear the rumored screams. He follows the sound and is met with a creature that makes him question what it means to be a cybernetic being. Starscream faces off with this grotesque experiment in “I Have No Mouth And I Must Starscream,” by Dan Watters (Home Sick Pilots, Lucifer, The Sandman Universe).

*Retailer incentives: Order 10 copies and get one free variant cover by Livio Ramondelli! 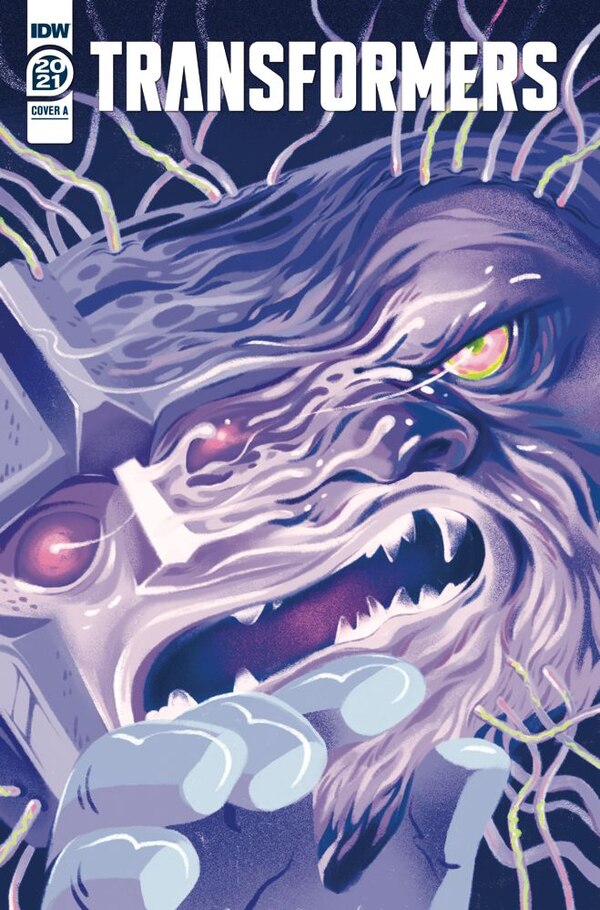 “Pod,” part two! Blackarachnia has made her way to the Maximal ship, the Axalon, and encountered her first Maximal, Cheetor. Now she’s gone missing again and it’s up to the whole crew to find the mysteriously disappearing spider... before she finds them!

*Retailer incentives: Order 10 copies and get one free variant cover by Ryan Miller! 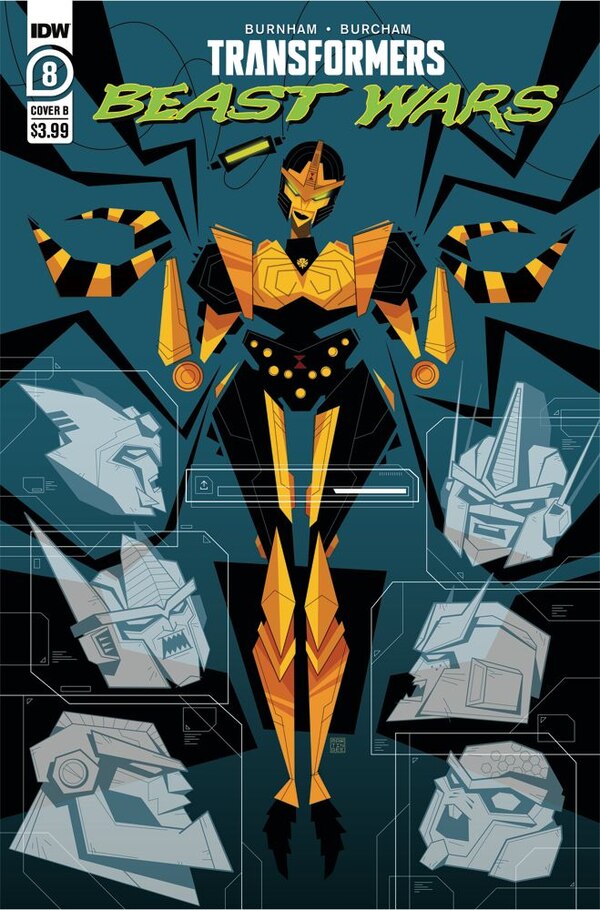 King Grimlock rampages on! As Grimlock sets off to find his place in this strange new world of men, beasts, and magic, he finds himself in the maw of a beast big enough to swallow a Dinobot! It’s a fight of incredible strength between the Cybertronian T-Rex and the monster--and someone is taking lessons from Grimlock that may spell his doom!

*Retailer incentives: Order 10 copies and get one free variant cover by Paul Harding! 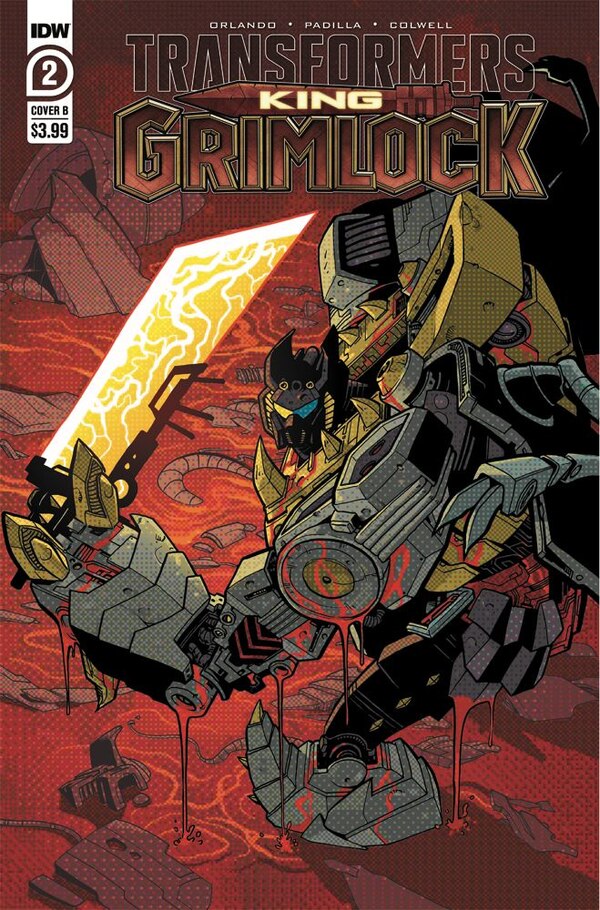 In issue #2, Megatron is the only bot who can stop the three Autobot warlords from acquiring information that could reignite the war, but can he forgive his past mistakes and take up the mantle of Deception leader again? 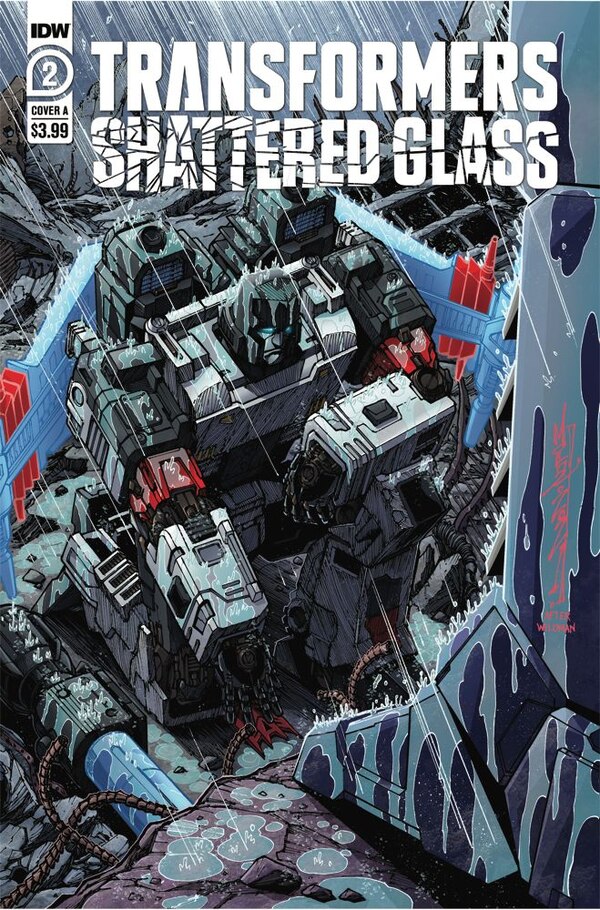 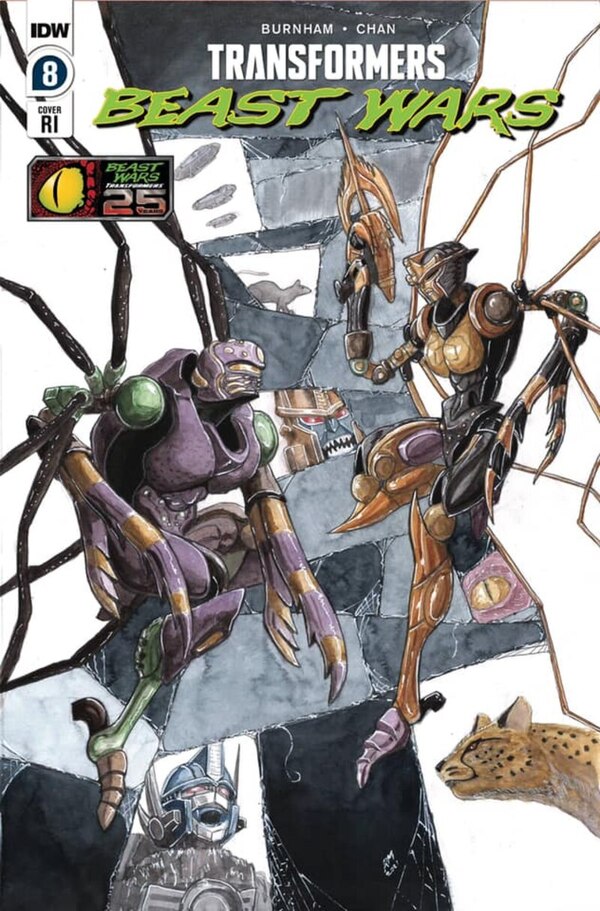 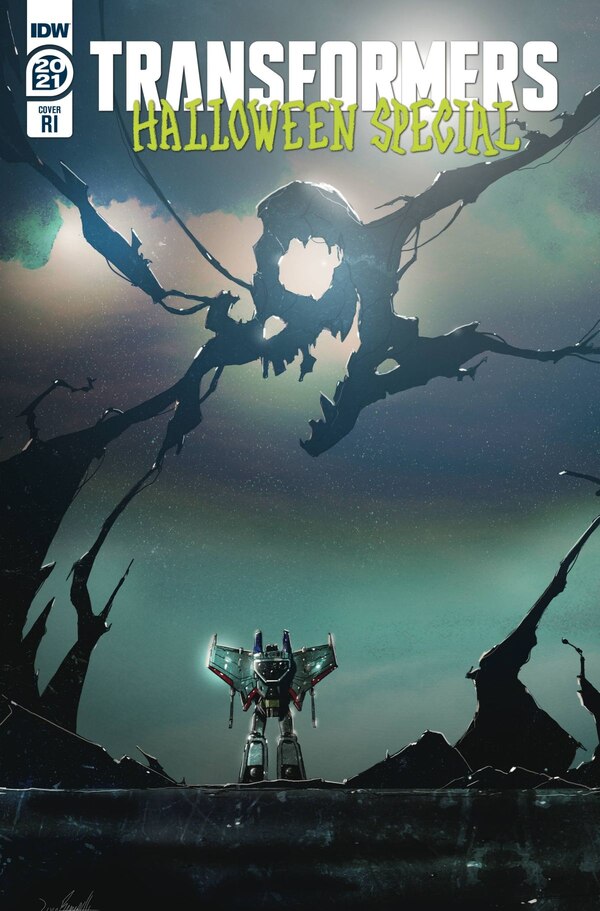 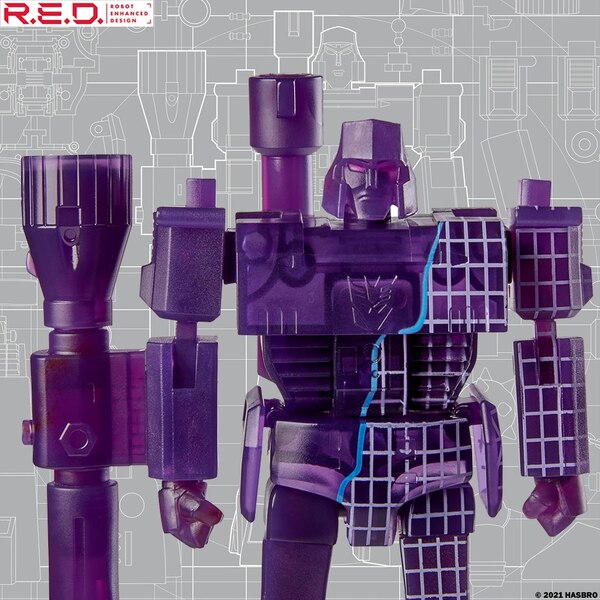 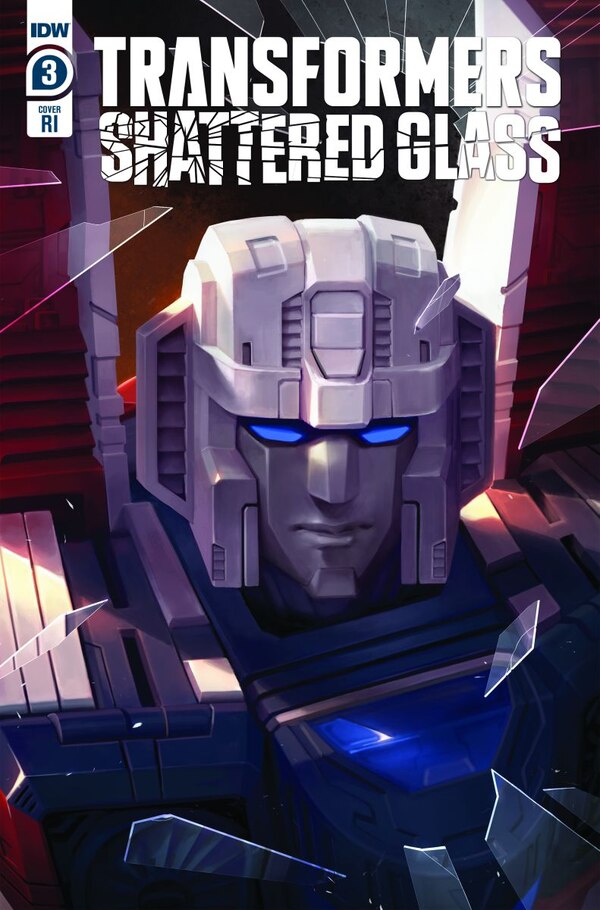 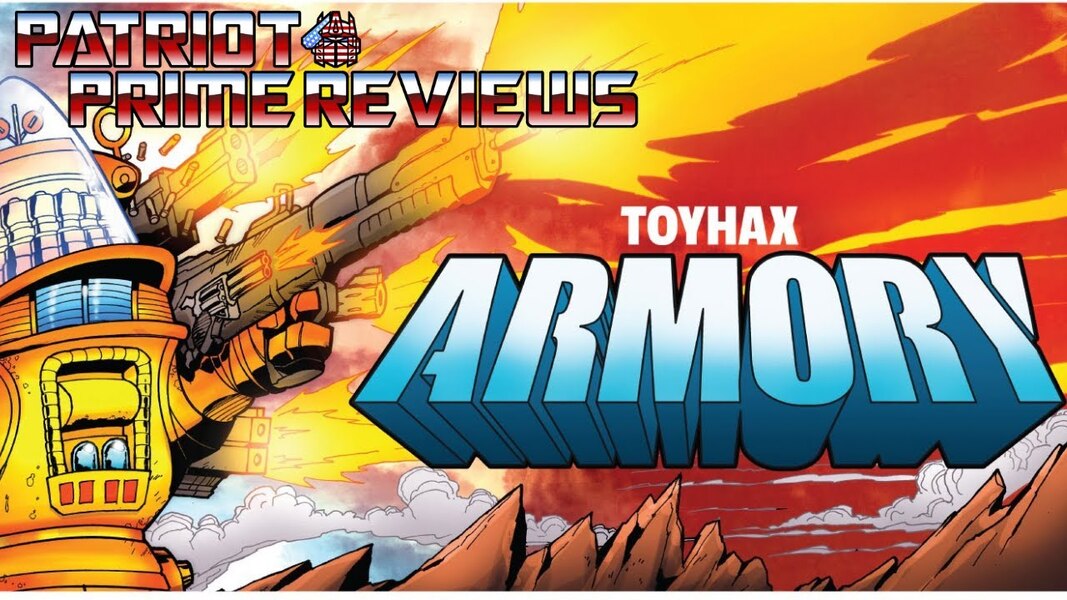