Galvy's Back and Front designs are here with a walkthrough by Hasbro's Transformers designer Sam Smith. He's giving us the low down on this figure that was made for the Age of Extinction lead character. Read on to see the full details on SS-90 Age of Extinction Galvatron and how it was partially made from Megatron by K.S.I. figure.

“That is why I have no fear! I am GALVATRON!”

Well this release came about prematurely, but its official SS Voyager Wave 3 is here. So lets get into the details on Galvatron! AOE introduced a total redesign for our core bots, along with a major aesthetic change to help refresh some of the design. While the look of these bots were fantastic, there was certainly a new engineering challenge that was presented in terms of how these guys were going to transform. To make that even more difficult, enters Galvatron.

Galvatron was the reforge body of Megatron by K.S.I. who would utilize matter shifting to transform into his first earth bound vehicle form, a Freightliner Argosy (which would later be reused by Paramount as Dr. Robotnik’s convoy in the first Sonic Movie). Absolutely none of the vehicle mode is present on Galvatron’s robot design, so Takara had their work cut out for them with this design. Regardless, it was absolutely amazing to get Frank Welker to make his return as the theatrical voice of this character.

Thankfully, Yuya Onishi was up to the task. Yuya has been such a fantastic design partner at TT, and this figure was no exception. Yuya and the team got to work on a pretty faithful design plan that would do a pretty substantial job of eliminating most of the exposed vehicle paneling from the robot mode, while retaining a fully licensed vehicle design. We were able to maintain his difficult arm cannon, while also including a removable missile cluster that could be mounted to the figures arm, or loaded onto the side fairing of the truck as it was used in the film.

For the deco of the figure, I took learning from the existing AOE design, and knew where the shortfalls were on the molded silver plastic. I tried to work more from the matte base color of the truck, so that I could allocated most of the paint operations to the robot mode. I think this figure would benefit from a bit more paint, but he used up the budget quick since none of the truck paint really carries over to the robot mode which isn’t often the case.

Caption too long: see the rest below in the comments. 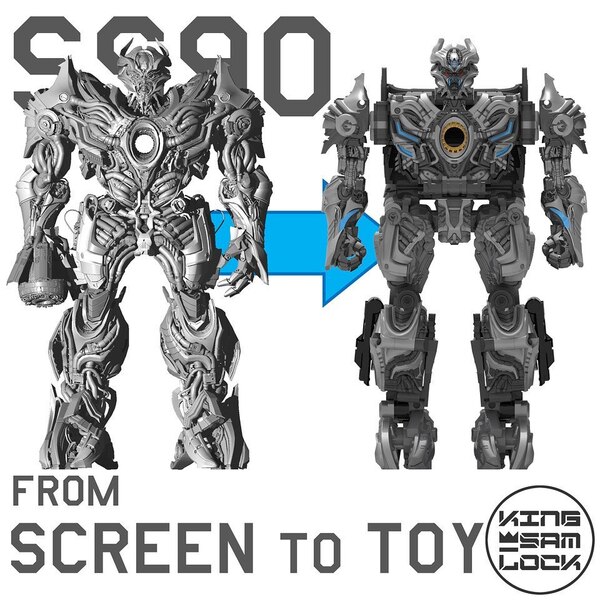 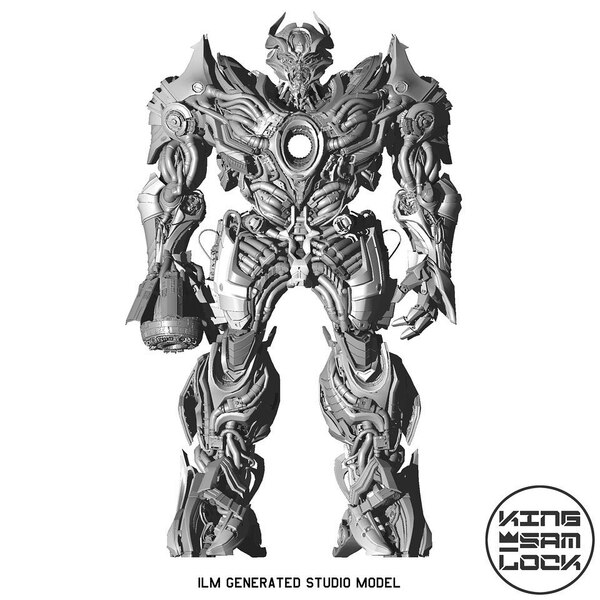 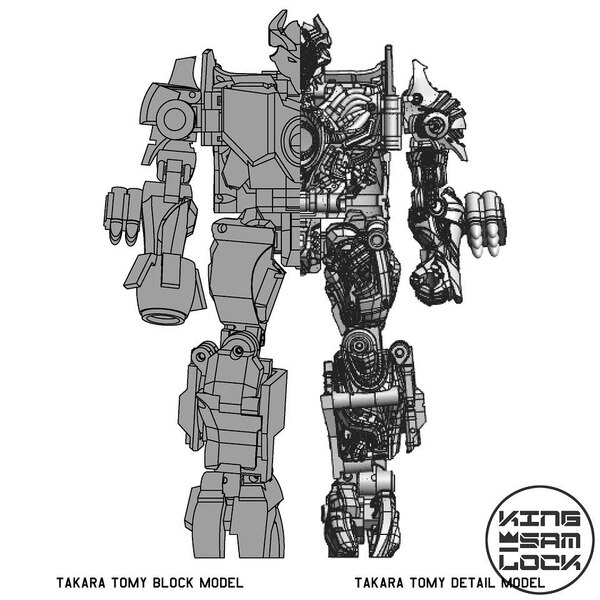 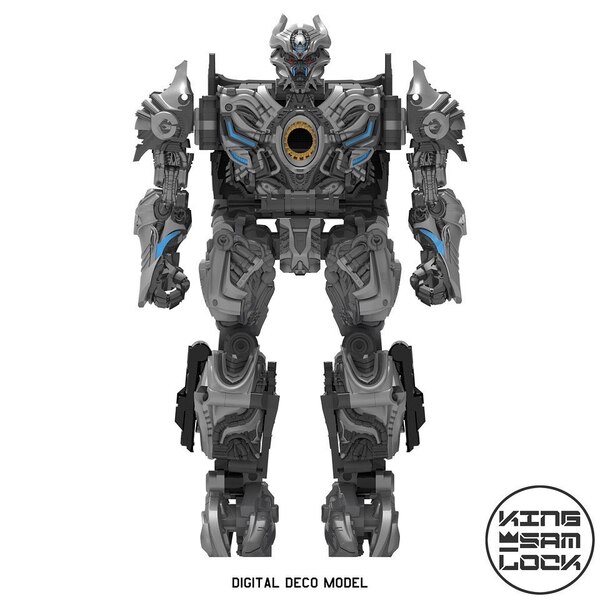 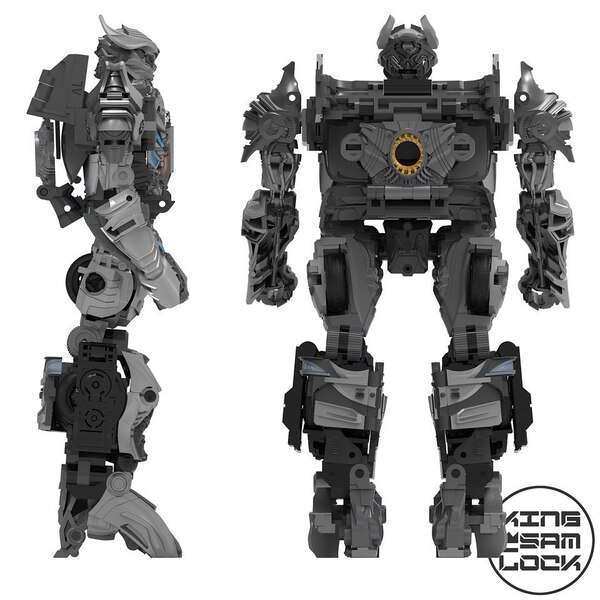 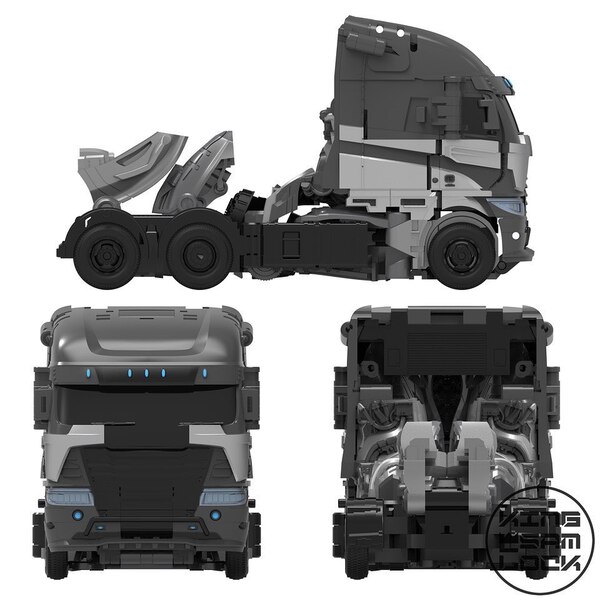 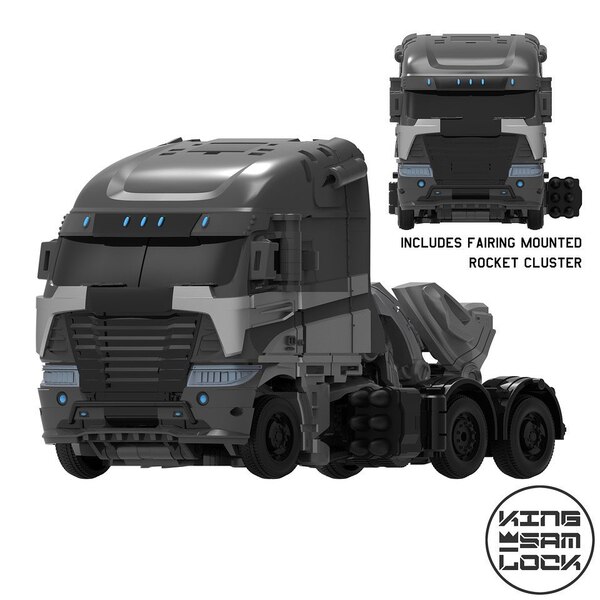 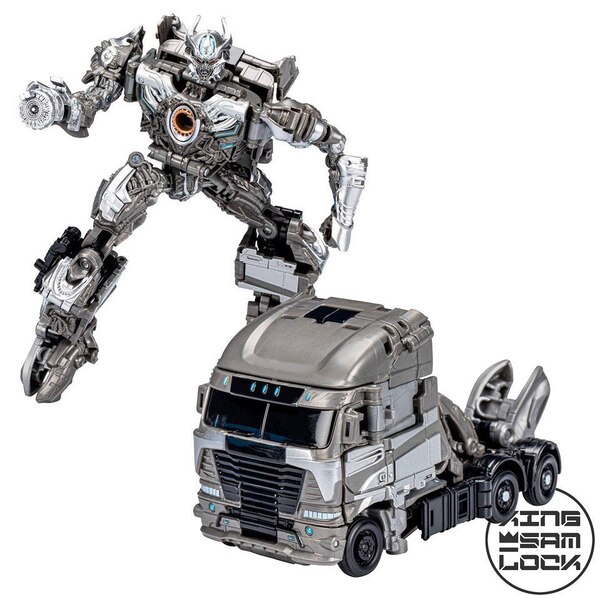 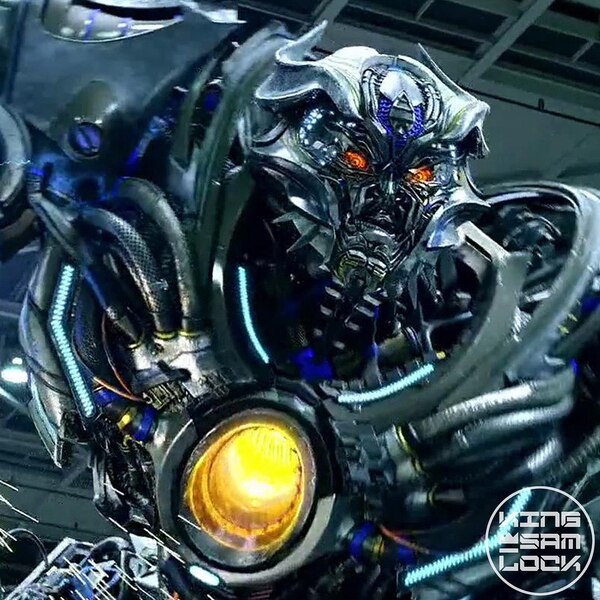 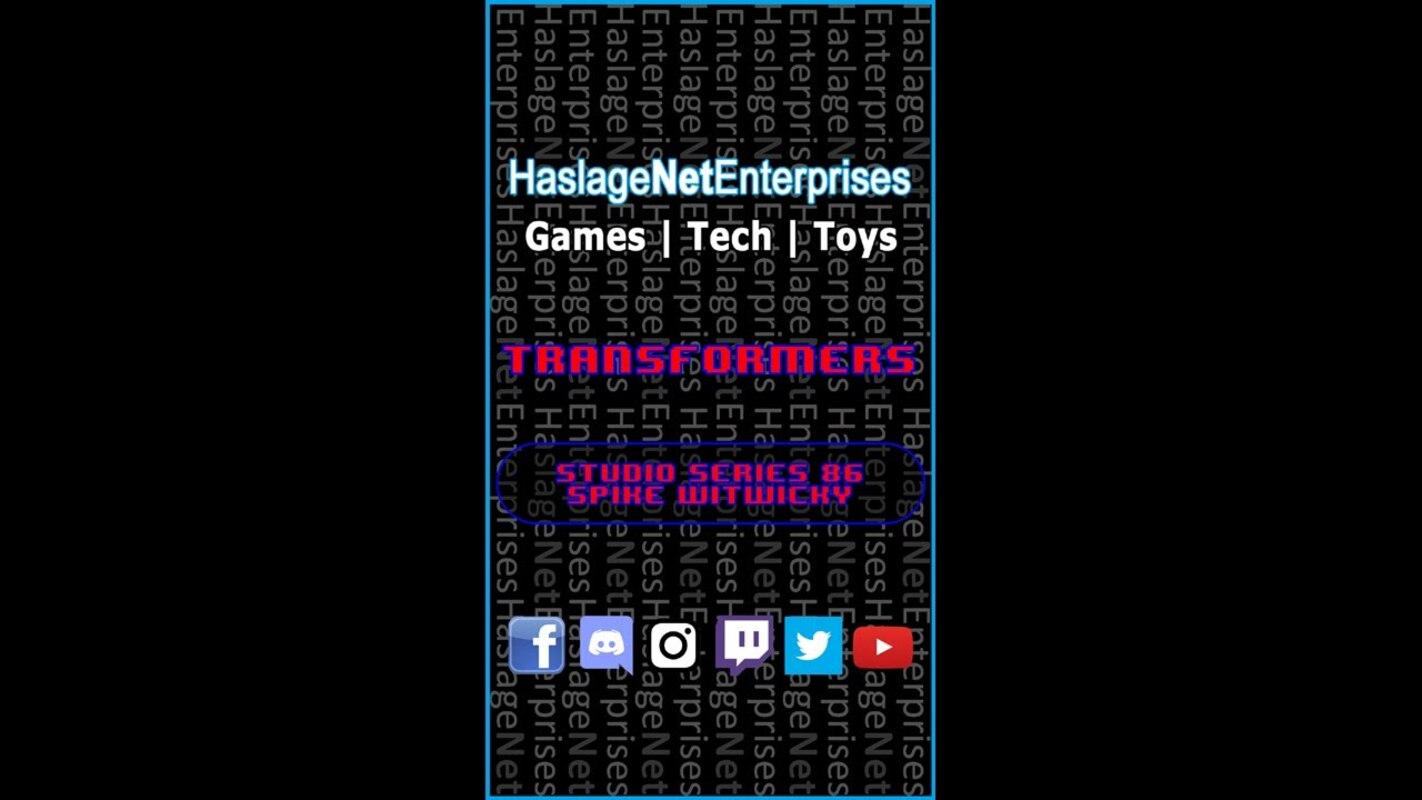 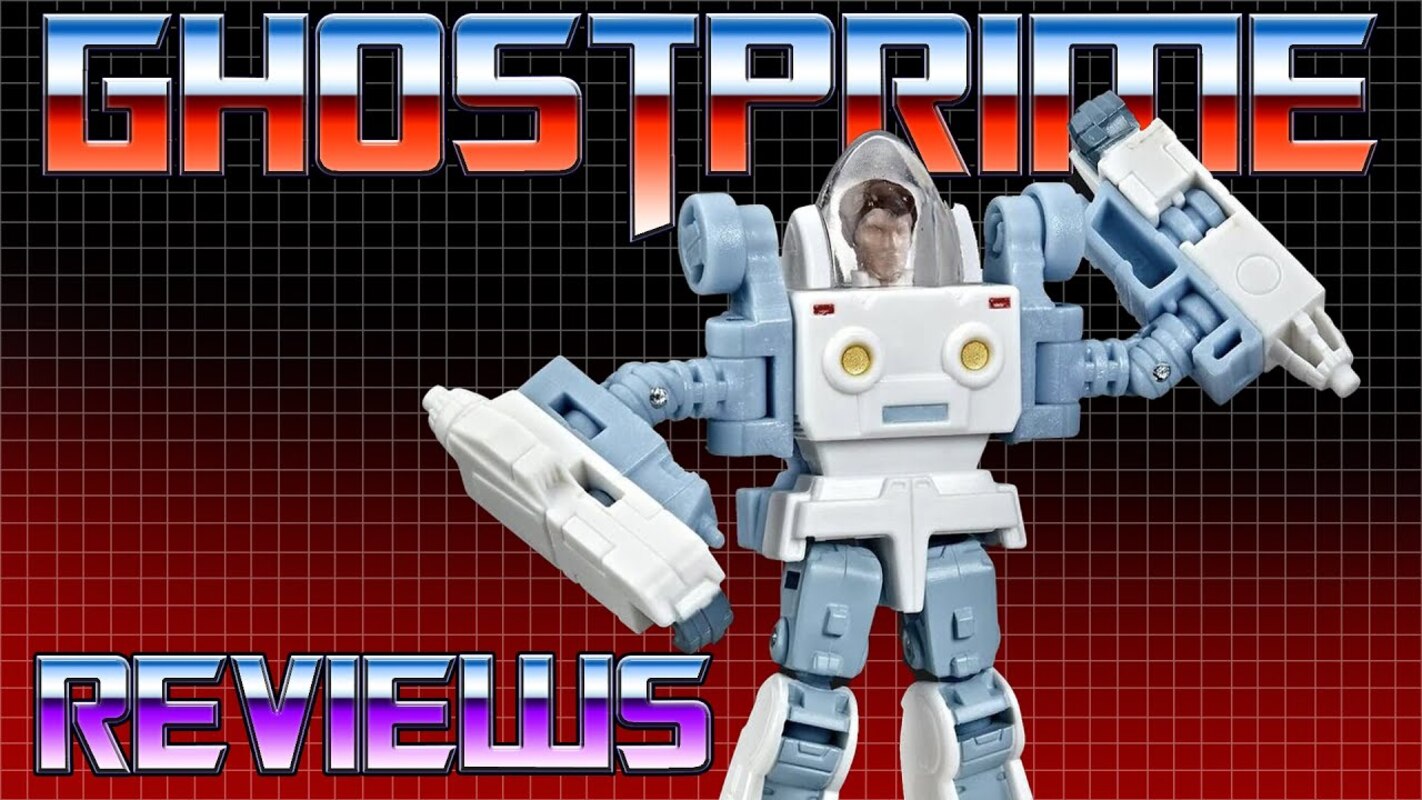 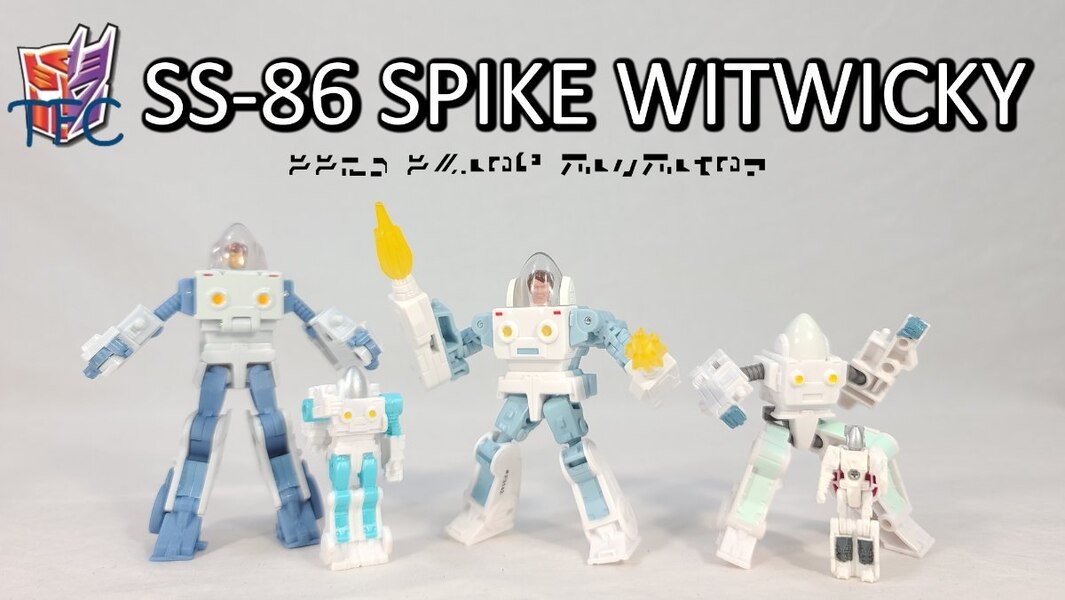 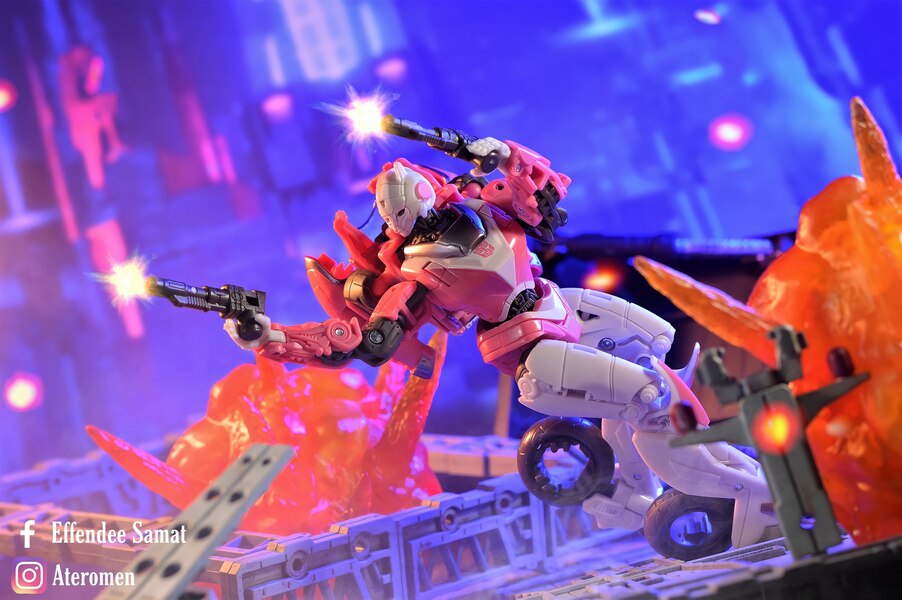 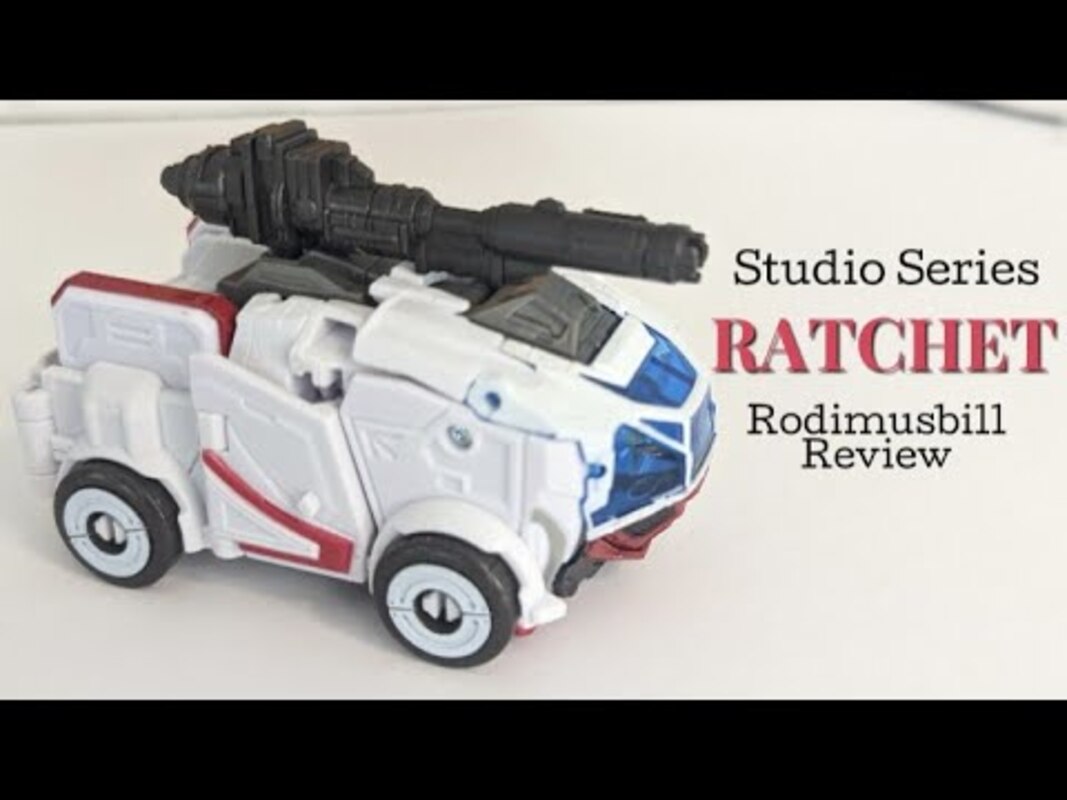 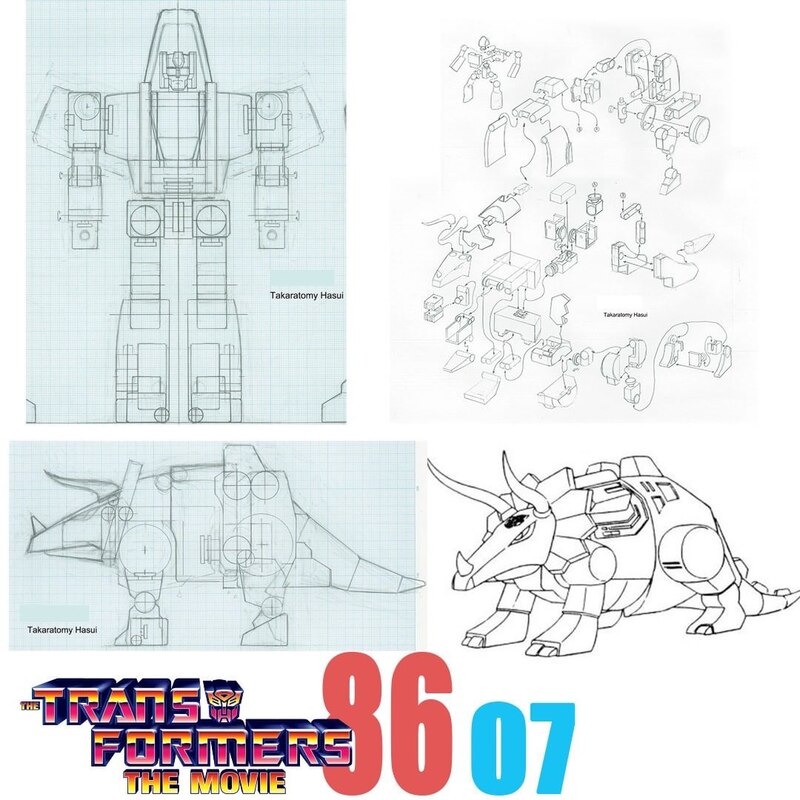