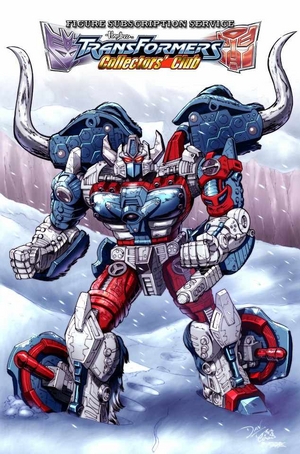 The TransFormers Subscription Service (TFSS) is a whole new way for fans to get all the figures they have been looking for. Now, collectors can sign up, pay once, and a new figure will be sent to them every month. Tformers was curious about this new service that is taking orders for till September 10th and asked Pete Sinclair over at the Collectors' Club take some of questions. He has been gracious to Answers them and and even supplied us with another look at Ultra Mammoth and Optimus Primal in their Beast Modes! Read on the for Q&A on the TFSS.

Real quick for those who may not know. The limited edition Transformers Collectors' Club Figure Subscription Service contains a variety of fan favorite characters from all eras of the Transformers mythos. Two of the figures also feature all-new head sculpts. The set will comprise: Maximal Commander: Ultra Mammoth, Decepticon Espionage: Slipstream, Autobot Messenger: Circuit, Decepticon Scout: Breakdown, Autobot Strategist: Jackpot, and Decepticon Clone Commander: Scourge that you can see images of in the gallery at the end of the Q&A.

Tformers: How did the idea for a Transformers Subscription Service (TFSS) come about?

Pete Sinclair: Long story short, after the great reception we had gotten from the G.I. Joe fans in regard to the Joe FSS we decided to pitch the idea of a Transformers version. Everyone was on board so we got it rolling.

Tformers: How long did it take to organize a Transformers subscription service?

Pete Sinclair: Not very long. Fortunately the framework was already there from the G.I. Joe version, so it was just a matter of tweaking things.

Tformers: Did you approach the TFSS toys differently than the others the club offers?

Pete Sinclair: Yes. The idea we had was to touch on the different mythos and to do a little gap filling. Fans now can add an Animated Jackpot, a Beast Wars-esque character in Ultra Mammoth (to fight alongside Optimus Primal) and a VERY "Prime" like Slipstream to their collections. Throw in a G1 Classics Breakdown, a updated Circuit and a RTS Scourge and I think you have one amazing line up of figures!

Tformers: How many figures are planned for each year?

Tformers: The TFSS is in addition to the member exclusive and the convention exclusives?

Pete Sinclair: The TFSS (Transformers Figure Subscription Service) actually replaces the "member exclusives". Basically, instead of a minimum of two figures per year fans can now get six great exclusives. Nothing has changed as far as convention exclusives...

Tformers: Will the TFSS characters be tied into something current, or a story apart from others?

Pete Sinclair: We just released a two page epilogue (which also serves as a prologue for 2013) showcasing 4 of the 6 TFSS figures. We know what a large part fiction plays for fans, and how it enhances the toys, and there will clearly be some interaction amongst the characters! So even though they are all from different timelines you will see at least five of the six interacting in some way...

Thanks to Pete and Transformers Collector's Club for taking our questions. You can sign up for the Subscription Service on or before September 10th to at the official site: https://transformersclub.com/TCC_FSS.cfm 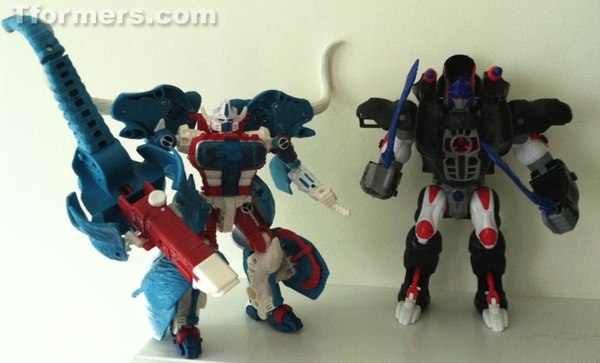 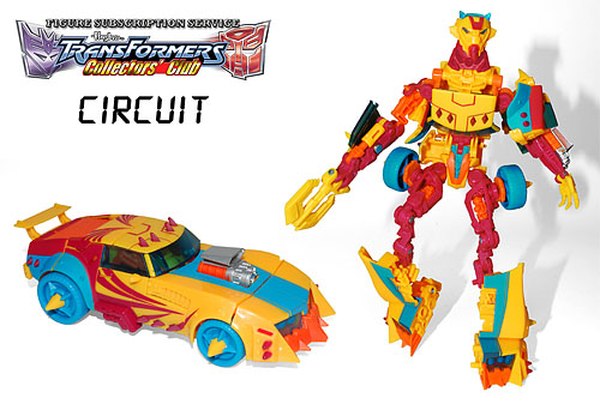 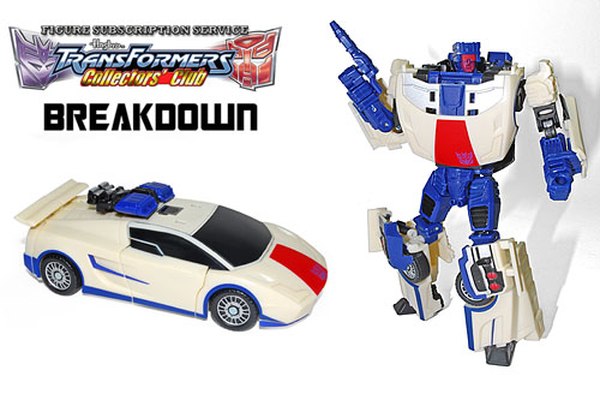 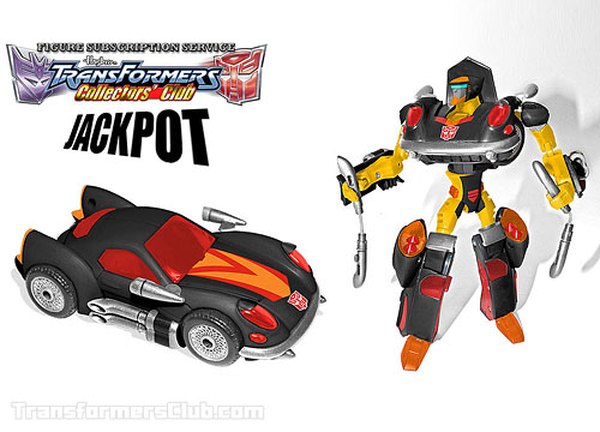 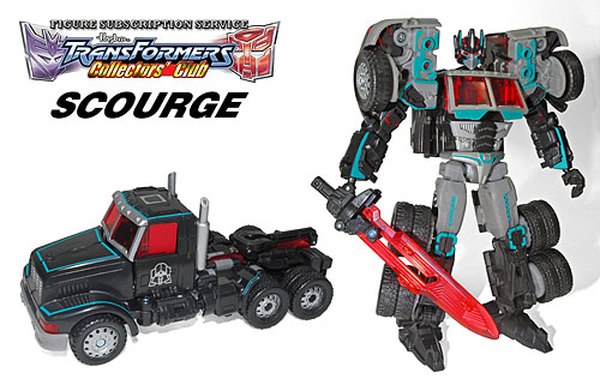 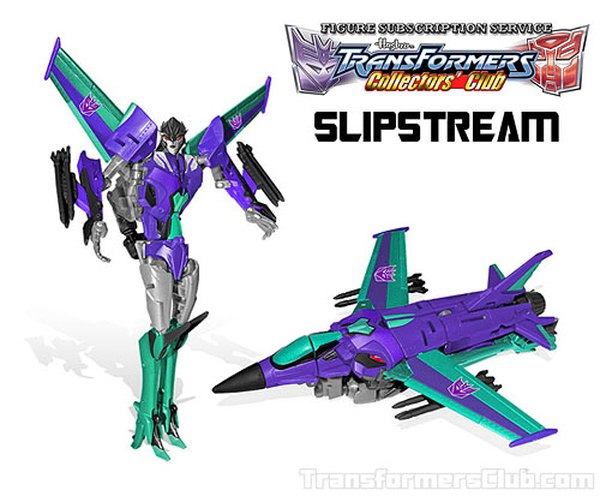 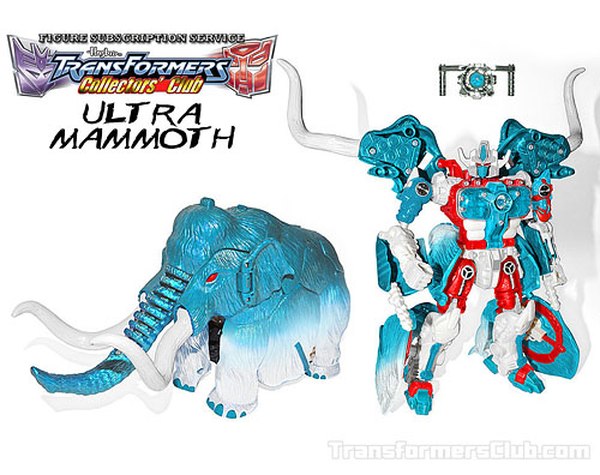 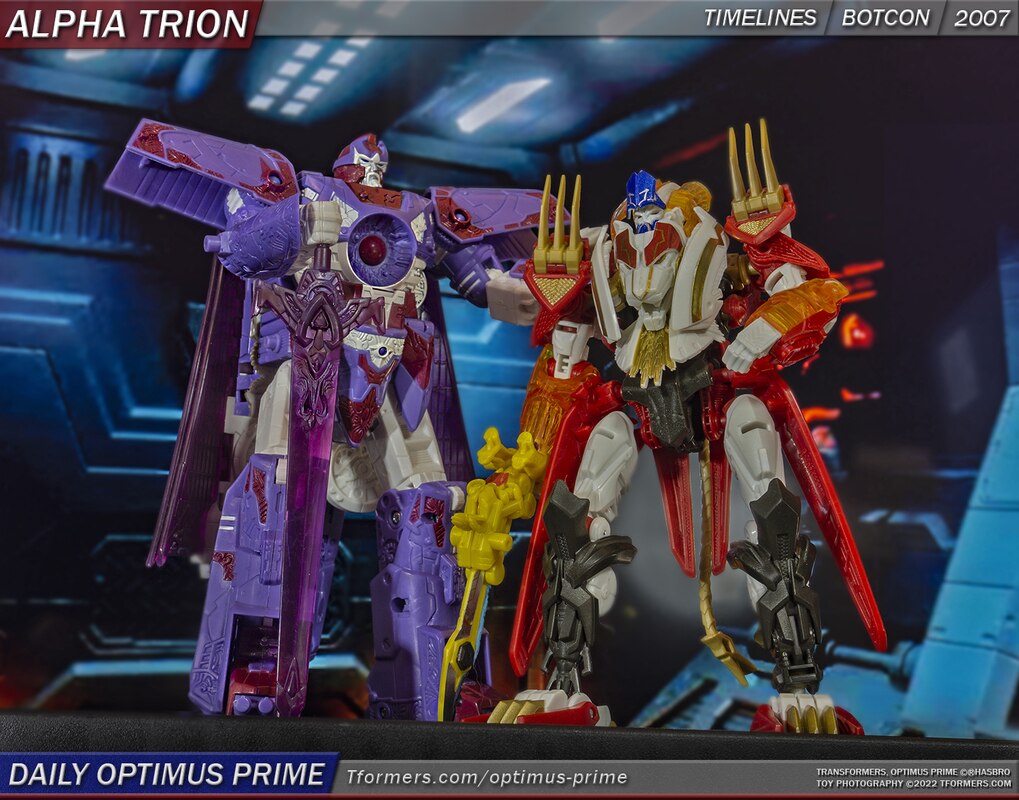