The ToysRUs(RIP)-exclusive Infernocus set from Transformers: The Last Knight was a neat idea - taking the limbs from Transformers Prime: Beast Hunters Cyberverse Abominus, creating a new torso unit to replace Hun-Gurrr, and making it into the combiner seen briefly in the set piece at the end of the film. Plus, there was a bonus of the one and only figure of the film's villain, Quintessa. Today, artist Ken Christiansen shares his concept art for that pack-in figure. His tagging also suggests that originally Quintessa was meant to be a version of Quintus Prime! Keep reading for the images.

Quintus Prime is a member of the Thirteen original Primes who, according to the Aligned continuity's Covenant of Primus, left Cybertron to create other races that he hoped would one day become friendly with Cybertronians. Given that the one he is known for is the Quintessons, it's safe to say that plan had some kinks that needed worked out. 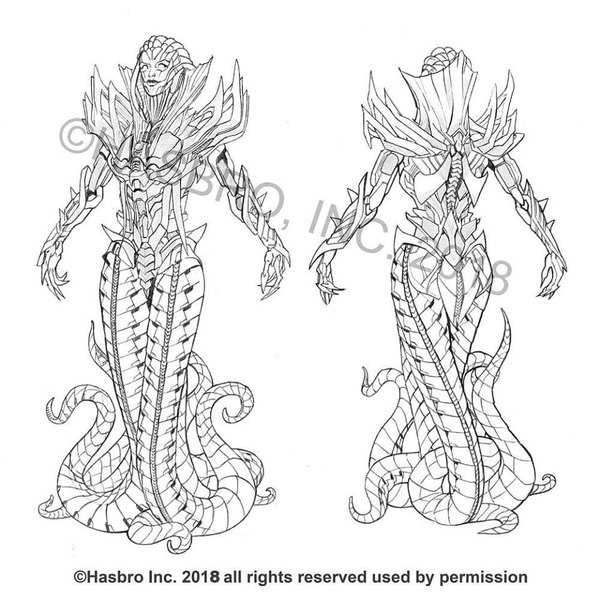 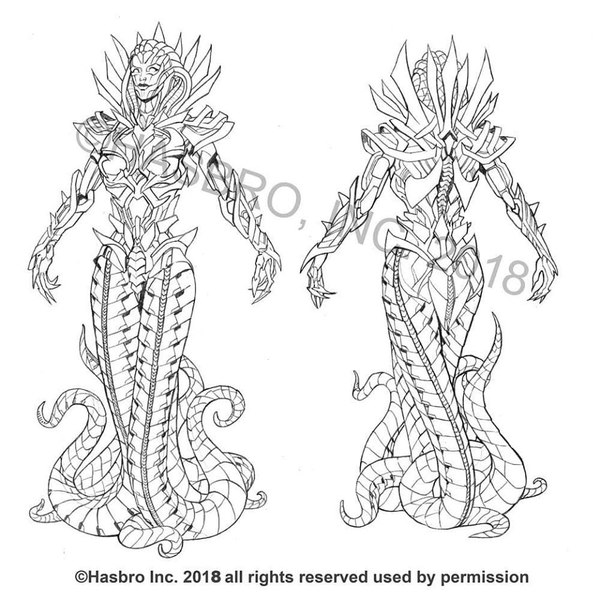 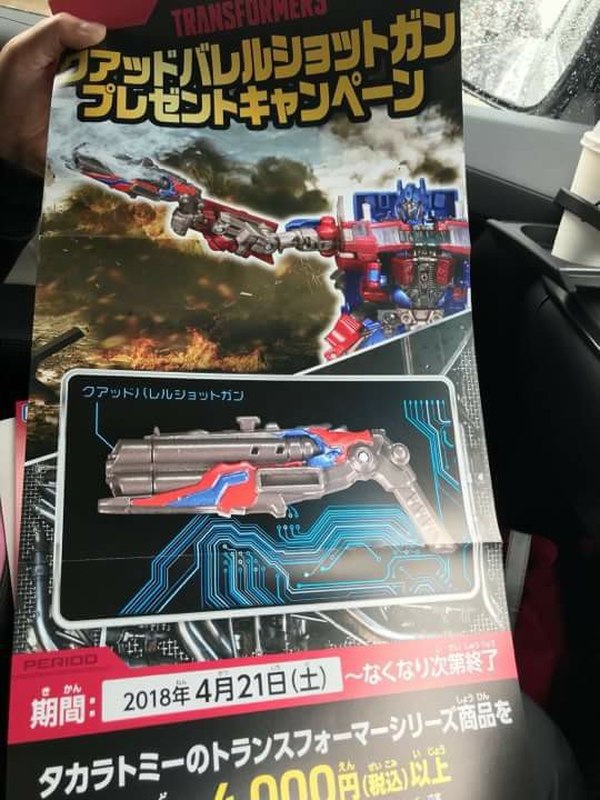