Just two days after we learned of its existence, the Transformers: The Last Knight Mission To Cybertron Optimus Prime 2-pack has been spotted at ToysRUs stores in Arizona and California! Click through for more details!
The set was sighted by TFW2005 Forums members Cyborgraptor and megatronix1002 in Glendale, Arizona and Escondido, California respectively. The set is priced at $39.99 - which is pretty much the going rate for two Movie Deluxes this year.

The Deluxes themselves are the Dark of the Moon Deluxe Optimus Prime mold and the 2007 Protoform Optimus Prime. One's a little small for the current-day Deluxe pricepoint and the other is from before the 2009 depression and thus larger than current Deluxes, so it all balances out, more or less.

Now if only the really cool stuff like Cogman and Nitro would show up this soon... 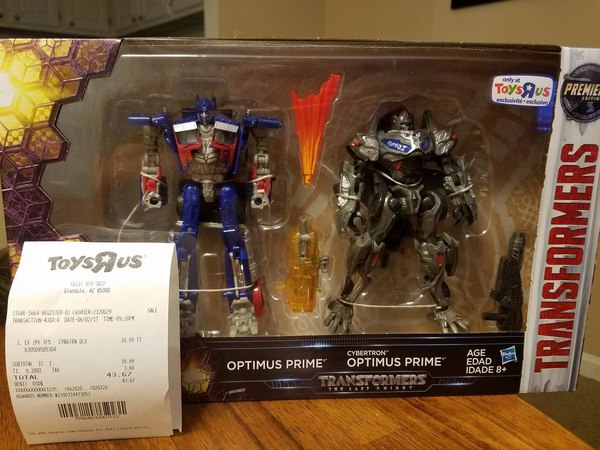