Tformers coverage of the IDW Mosaic series continues. There have been a few entries into IDW’s Mosaic since we last visited. Come check out the most recent entries, Prepare for AHM, Perfect Worlds, Some Will Never Stop, Dark Future, and Bounty Hunters.

First we have Prepare for AHM (All Hail Megatron) by Ivan Mas. This comic depicts a retcon to the first issue of AHM #1 in which apparently Metroplex and Trypticon had a battle in New York before Megatron appeared on the scene. Looks like Metroplex got his skidplates handed to him buy some tiny little T-Rex arms.

Prepare for AHM is a fun little aside but his hard to reconcile with the cannon story if only because of scale. It did remind me that in AHM #3, Megatron ordered the Hook to construct something in New York that we haven’t seen yet…

Next we have Perfect Worlds, by Richard Smith. This one shot takes us on a whirlwind tour of the psyche of the Animated Clones (Seekers). Just a bit of fun for TF: Animated fans.

Next up we have Some Will Never Stop Story by Martin Fisher & Matt Black. Art by Mike Ackerman. Colors by Matt Black. Letters by Tim Shinn. This epically staffed one page features a look into P.W.S.D. Post Wrecker Stress Disorder.

Dark Future is ostensibly an extended scene from Megatron: Origin. It fits right in there (about Page 37 of the TPB, as a matter of fact.) It works, aside from the fact that Sentinel Prime seems to be depicted with a little more insight that his cannon portrayal. Story by Martin Fisher & Josh van Reyk. Pencils by AJ Sabino. Art, Colors & Letters by Tim Shinn.

Last but not least we have the most recent entry Bounty Hunters by Manwulf. Got to love crossovers! This one brings Lockdown together with DC’s Lobo. Makes you wonder who they’re after. Normally Megatron fights Spider-Man, not Superman. 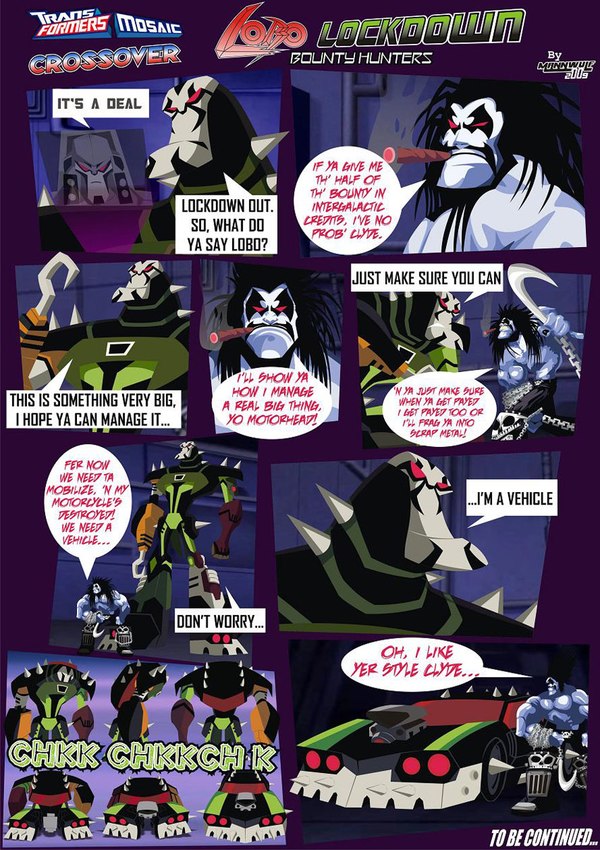 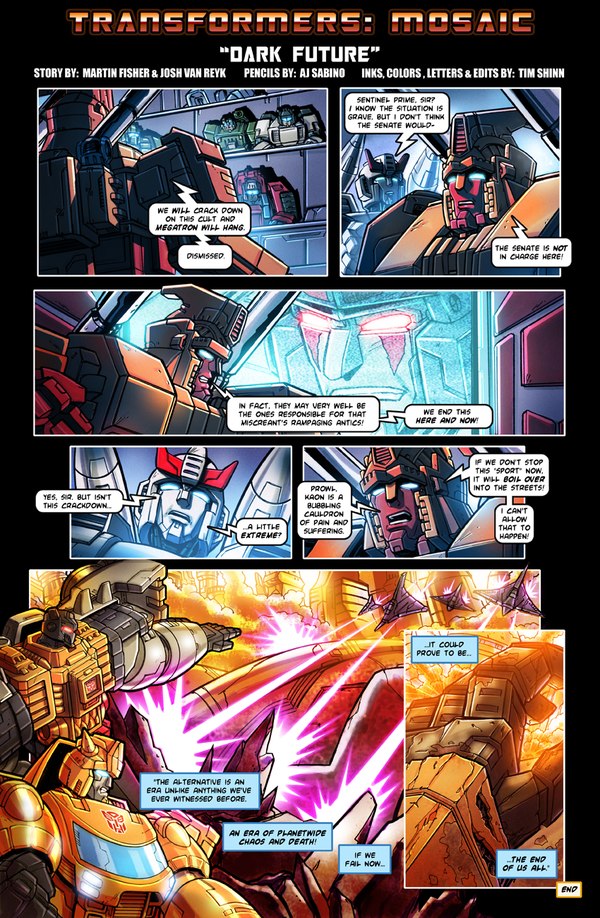 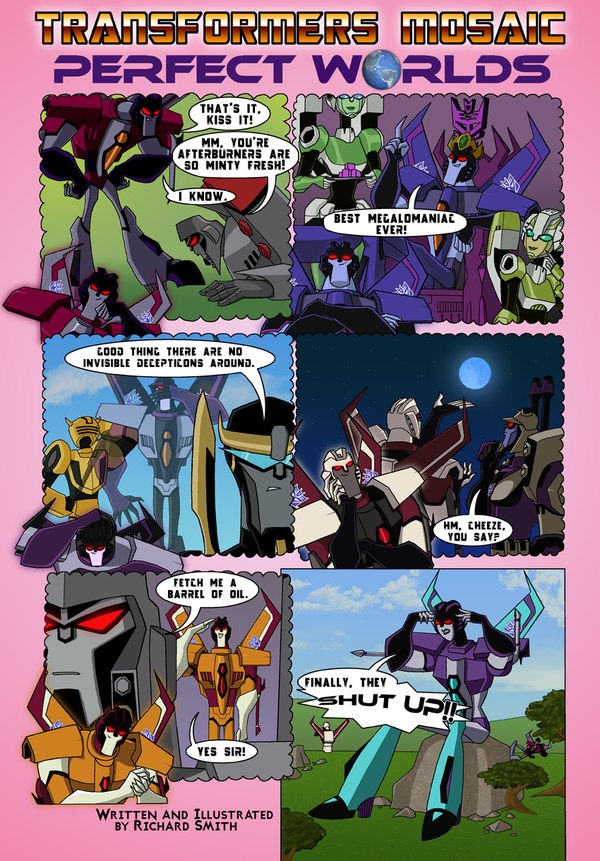 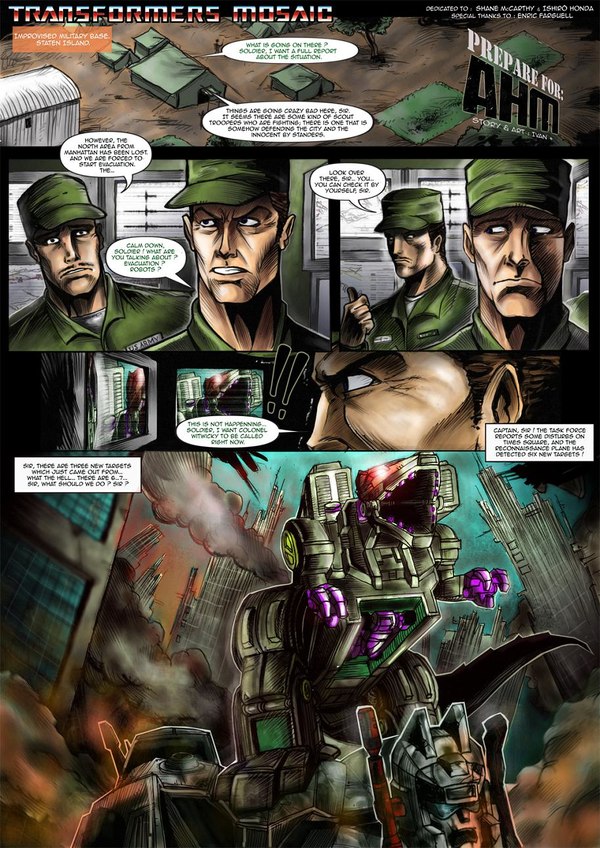 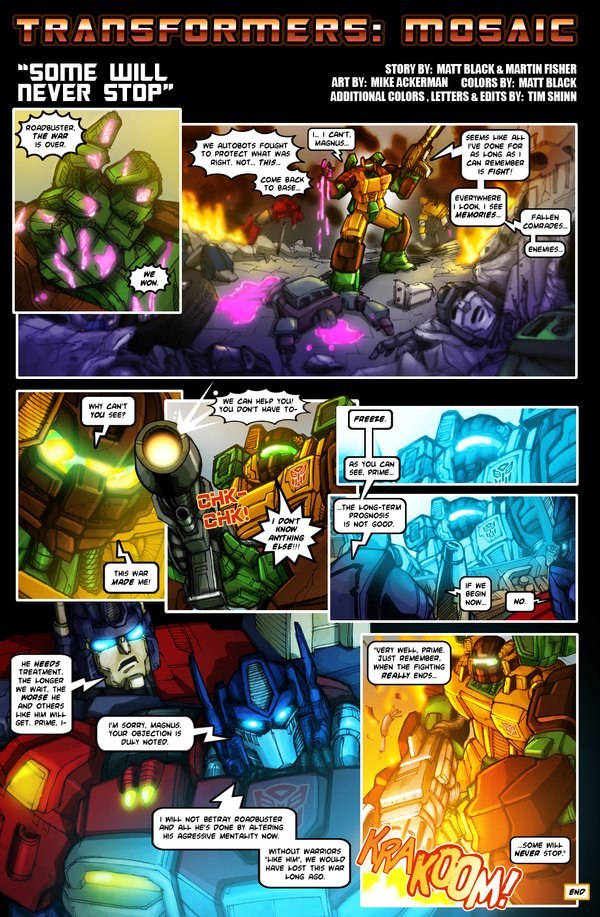