by BaCon on June 4, 2010
Transformers War for Cybertron for the Nintendo DS (NDS) is a two version game. They have the Decepticon version and the Autobot version that are two complete separate stories. There is the Decepticons story that takes place before the Autobot. They can be played independently as Megatron's rise to power. Then there's the Autobot version which is basically Optimus Prime becoming a Prime and determining the fate of Cybertron. 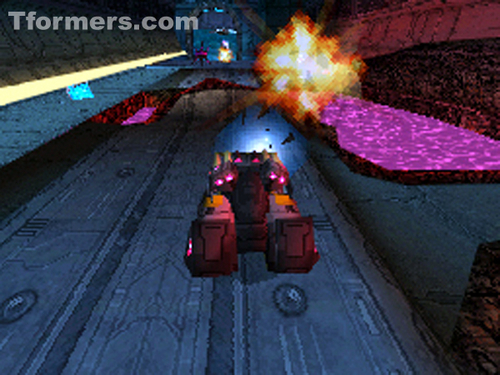 The characters have been fully designed. Cliffjumper is going to look like a red Bumblebee because he's supposed to. Ultra Magnus is going look like he has some Optimus Prime in him but he will also be some more unique changes than others. Grimlock is a completely new design. He was done separately during the conceptual phase. Same with the Swoop character.

There are even missions that are reminiscent of the G1 relationships. Like Prime may engage with Grimlock on a mission to show he can prove himself. 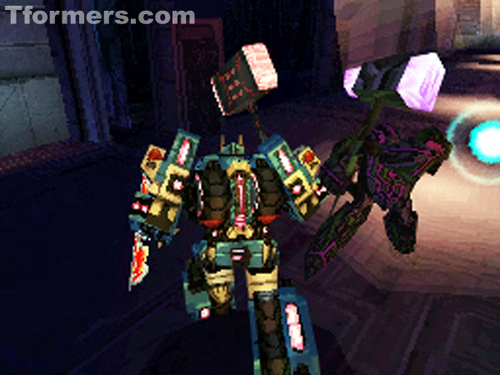 The game has very unique visual characters and there is also a sort of RPG light system. Each character has different skills. As you go through the game's different levels, you unlock different skills, So even though Bumblebee and Cliffjumper might look the same, they play differently.

Bumblebee is the sort of defensive sword and shield kind of bot. Cliffjumper is the gung-ho character who jumps in and goes for it. 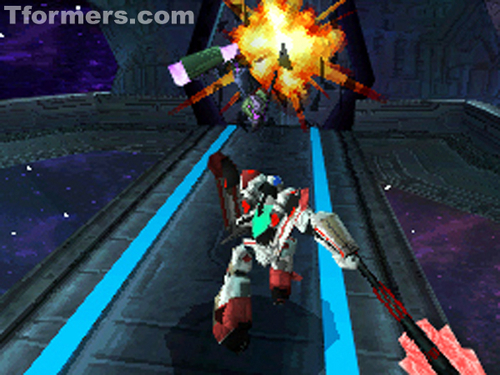 Like the console editions there are a variety of games. There is four player multiplayer. A local multi-player mode, deathmatch, king of the hill, capture the flag and another mode called Energon Dash. Players race around and try to hit check points before the other opponent does. The game sort of brings the RPG system in to allow players to ante-up your characters in combat against another. Say your friend thinks he better, he can put his character where his game is and ante his level 15 Cliffjumper as a challenge to ante up something equal.

Whoever wins gets a leveled character. You don't actually loose the character. It gets locked away. Later you can play a rescue mission to bring the character back at the appropriate level. This is to support the War concept. When there are prisoners that can be rescued it really brings everything into the big picture. 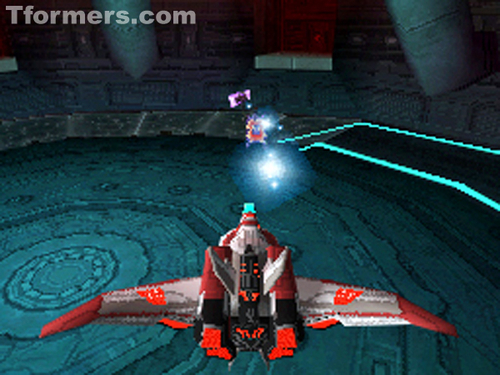 Say you are playing as Bumblebee but come up against an opponent with strong armor, you can switch to Optimus Prime to take advantage of his powerful axe weapon. This lets the player manage different strategies through different aspects of the game. No one is invulnerable to damage, but you can get close using the speed of one character and the power of the other. Conversely, you can just pick your favorite pair of characters and play their handicaps. 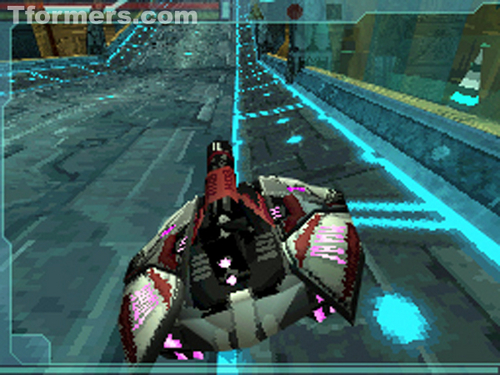 In the multiplayer games you can play the Autobots version against the Decepticons version or the same version together. The advantage to play the different sides against each other is there are different assets that you get to see. So they have content and data disks in the game you don't have. Games can be setup live and there are kill counts and all the other stats. You can play capture the flag and try to get them to the check point and other different gametypes that they wanted to expand on beyond just a death match.

All the games play locally as two player or four player as well. You can play as two teams or everyone out for themselves or even three versus one however you want to set up the teams. 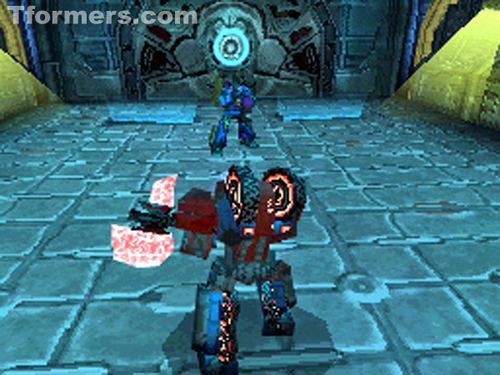 Playing the game, you are turned onto one of the most graphically exciting games made for the NDS to date. They have pushed this hardware to the limit with detailed models, enhanced lighting, extended gaming moves and much more than meets the on this game platform before.

Check out the screen caps for a taste of the all the goodness in the Nintendo DS editions of Transformers War for Cybertron video games.

These versions will be released alongside the Xbox 360 and Playstation 3 counterparts on June 22, 2010.
8 Image(s) - Click to Enlarge 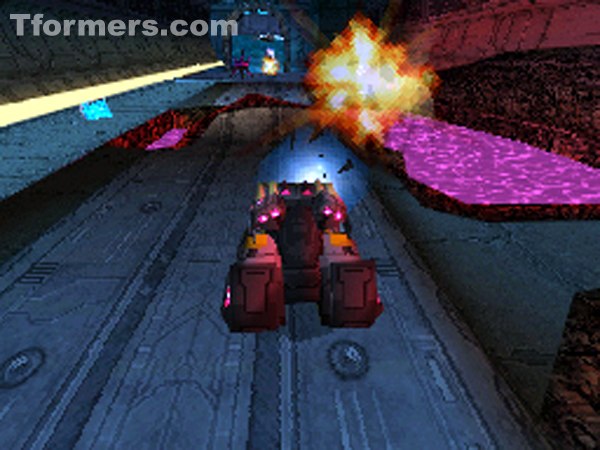 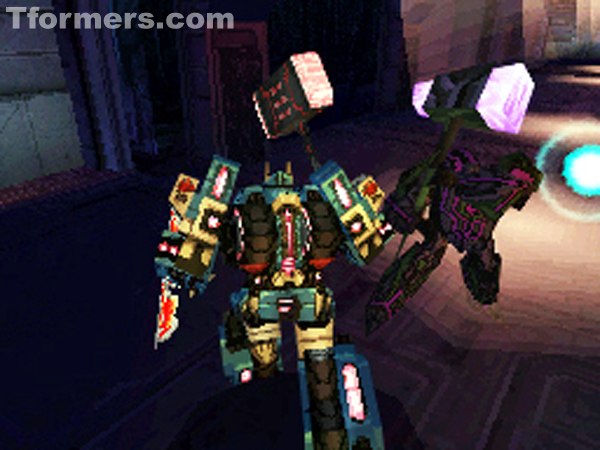 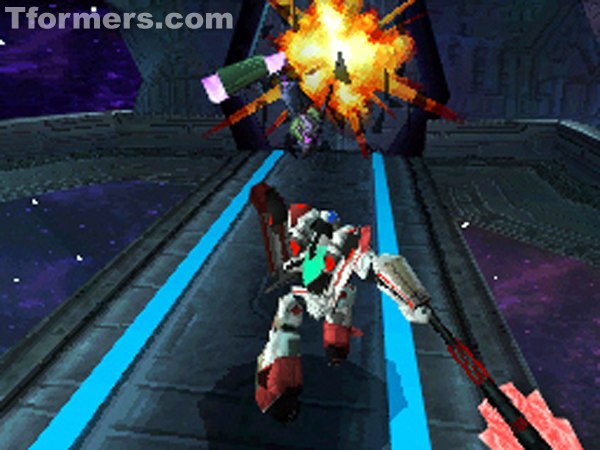 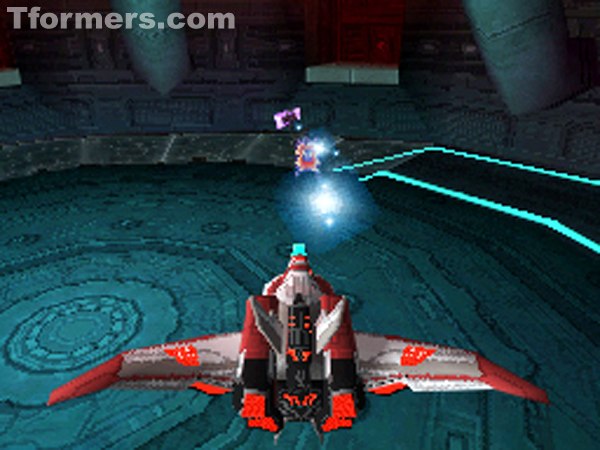 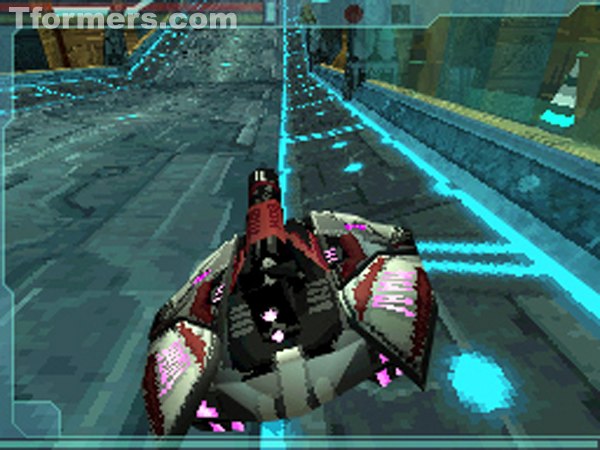 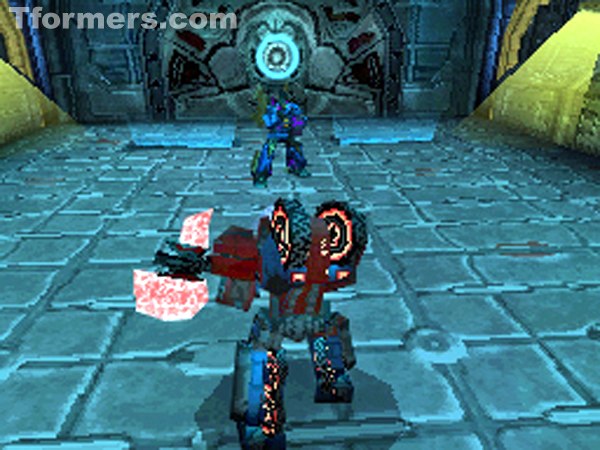 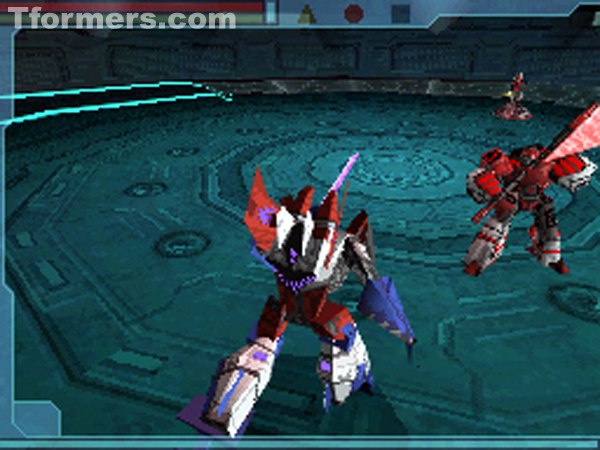 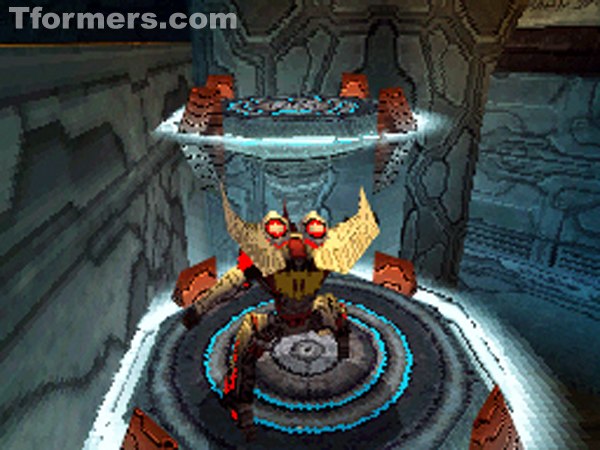