Transformers Dark of the Moon has not hit home media yet (that happens September 30th) but the buzz for Transformers 4 may have started with a claim by Tyrese Gibson that Michael Bay and Shia LaBeouf will return for the film.

His prediction makes a lot of sense, as he says that "with the success of Transformers: Dark of the Moon, both Michael Bay and Shia probably want a break from the franchise, but there's no way, I believe, that, at some point, they're not going come back to do Transfomers 4," he tells MovieWeb.

The film has grossed $1.11 billion to date worldwide, according to Box Office Mojo.

He continues by saying the film would not be immediate, unlike Transformers Dark of the Moon being announced right around the home media release of Transformers Revenge of the Fallen, but "maybe two years, maybe three years will go by, you never know, but I believe, and hope, that we are able to do another Transformers."

Mr. Gibson suggests that this break will help them get a few creative things out of Mr. LaBeouf and Mr. Bay's system.

This prediction is despite Mr. Bay and Mr. LaBeouf's statements that they are three-and-done with the franchise. 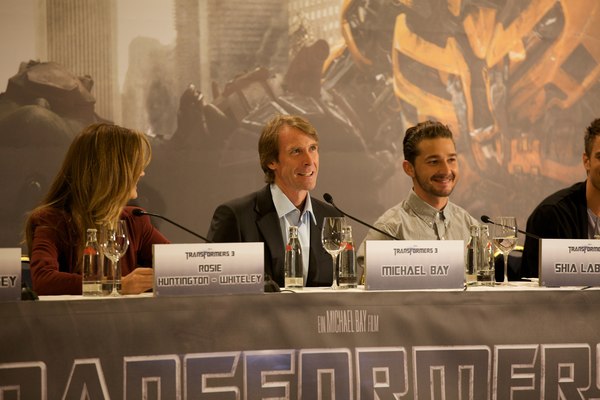 "I'm kind of sad to leave the franchise," Mr. Bay stated back in June during his promotion rounds for the film.

Mr. LaBeouf claims that he loves the franchise but "I'm not coming back to do another one."

Read: Shia LaBeouf talk about his future with Transformers
There have been speculation that the film will be rebooted, including from Mr. LaBeouf, but Don Murphy, a producer for the three films, has stated that a reboot will not happen.