Want to Know How Bumblebee Loses His Voice? The Story Has Finally Been Told

If you were looking to pick up a copy of Exodus to learn how Bumblebee loses his voice, you are in for a disappointment. However, Mr. Irvine has written a short story about how Bumblebee did lose his voice, and has shared it with MTV Movies Blog.

If you want to get straight to the point, scroll down to read the EXTREMELY SPOILERISH revelation.

If you want the whole short story, be sure to head over to MTV.com. 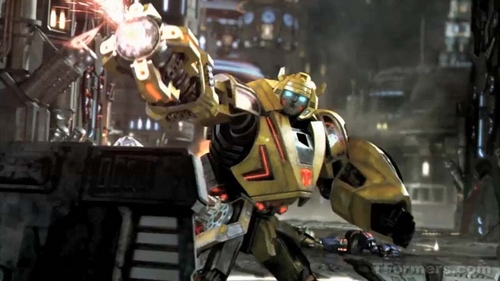 The following cuts straight to the chase and reveals how Bumblebee loses his voice at the hands of Megatron. Prior to this, Bumblebee survives a seeker air strike and has foiled Megatron's plans.

Megatron, seething, turned away from the fading arc of the AllSpark’s passage. He strode up to Bumblebee, who raised one arm, but too slowly. Megatron slapped it aside and kicked Bumblebee’s good leg out from under him.

“You?” Megatron said. “This barely formed mecha, animated by the dregs of the Well? You kept the AllSpark out of my reach?”

Megatron seized Bumblebee around the neck and dragged him upright. “You talk too much, Autobot.”

“Everybody says that,” Bumblebee said. He tried to raise his arms, but could not; the damage from Starscream’s airstrike was too severe. “Coming from you, I’ll take it. Hey, did you see that AllSpark? That was something, the way it flew out into space completely out of your reach—”

Megatron squeezed, cutting off Bumblebee’s voice. “You mock me, mech?” He squeezed. Something snapped in Bumblebee’s throat. “That is the last time you mock anyone.”

“You could die here, but the last thing your pitiful librarian leader needs is another martyr,” Megatron said. “You live as a reminder that I can kill when I please, and grant mercy when I please. But there is a cost. And for you, the cost is that voice of yours that you love so much.”

He shifted his grip to the front of Bumblebee’s throat and crushed the vocoder inside. Sparks shot from his fist and Bumblebee spasmed. Megatron shoved him away and he collapsed, fluid leaking from his throat and the rest of his wounds.

“Let that be your story,” Megatron said. “Tell it how you may.”

With that he turned, assuming alt-form and leaving the mangled Bumblebee there trying to get to his feet. Bumblebee’s comm. crackled with Ironhide’s voice. “Bumblebee. Report. Come in. Engagement over here. Decepticons have retreated. Please advise your location.”

“Getting some interference here,” Ironhide said. He and Cliffjumper locked optics as Optimus Prime, Arcee, and Jazz emerged from the Well of AllSparks, flush with their triumph. Ironhide tried again. “Bumblebee. Report.”

i agree with ya on this... i really liked how beast wars continued in with g1 verse, but after that it was down hill.

Yeah but the problem is they killed the G1 at the end of BW. A reinvention is good, but not every year

i agree with ya on this... i really liked how beast wars continued in with g1 verse, but after that it was down hill.

Again, considering how the game's creative director said any sequel would also be set on Cybertron long before they awaken on Earth, I don't think we'll be seeing silent Bumblebee. They seem to want to distance themselves from the Bayverse as much as possible. Given that they actually made a /good/ game that still has the spirit of the original show, it'd be foolish for them to begin drawing parallels to....well, something that from a writing standpoint, sucks.

Having played through the entire game, I can tell you that none of the characters even remotely resemble Bayverse Transformers. The only change I've seen to any of them is in Megatron. He no longer exhibits the standard villain trait of displaying cowardice in times when his survival might be in question. Now it's more of a 'Slag it, if I die, it just means I was weak. But I'm not weak, I'll survive'. type of attitude. This was definitely not written for children like G1 was.

All that said, at 31 years old I grew up at just the right age to really love G1. Up until recently I owned every TF toy from the first three years of the toyline. I still own, and occasionally watch the DVDs for G1 and Beast Wars. As a long-time fan if you asked me: Is this G1? I'd say No, this is what G1 would've been if it was written for teenagers and young adults rather than for children. It's darker without being emo about it, it's more mature. Is it better? No, because nostalgia trumps a lot of things, but G1 was full of terrible writing and even worse continuity problems. But, if High Moon says 'Hey, G1 is the future and this is how we envision its past' that's fine by me. Either way, if they make Bumblebee silent i'll eat my hat. :)

While I agree, there are plenty of long running series that don't reboot.

I think that's the catch 22 Hasbro faces each time they do a reboot. They have to start new for the sake of the target audience, but at the same time keep the relevant and familiar characters and settings. For the older fanbase, they've established the multiverse and also just given us the credit that we can either accept it or do what we will with it.

Either way, its another reboot, just a familiar looking reboot.

IDK, I won't over think it. It seems just as convoluted as AEC to me while it's just using more of the origional names.

Thats not to say it's going to be anything bad. It just means that same as everything else, you have to forget all the other stories and look at this one for it's own merits.

It's not G1, Movie, AEc, it's War For Cybertron and thats it. Trying to relate it to something else is why Ender's head is gonna explode even with his avatar's advice.

These are the reasons why I really don't vest any care or intrest into the provided fiction beyond them just being pass time stories. I know people swear by Hasbro and the canon they provide and accept every retcon and alternate universe...

I just think it's lazy story telling. They can tie it all together if they wanted to, but it's just easier for them to say "OK new G1" and start over and over and over again.

I will say this though, if Hasbro is going to constantly restart stories, I would love a brand new series that doesn't focus on the same figures. There's enough characters out there where they can do something actualy new, instead of just retelling the same story over and over again.

Well let's re-phrase it. It's not G1, its Transformers as the rest of the world see's it. And looks like, yet again, Hasbro has tailor fit it all into a new continuity for the sake of product. So it's more like G1 than AEC was, while still retaining the flavors from the movie. Because hey, money.

^ that in it's own right makes it not G1

War For Cybertron is just another retelling. I know Hasbro said they want to do one story now that ties everything together, but they've been saying that since Armada...

Basicly, War For Cybertron is not G1 to me, same as IDW and Dreamwave aren't G1 to me. G1 was G1 and thats it. Anything else is a retelling thats going to take elements of the source material and mangle it as it sees fit.

For everyone hoping for a "new G1" or a actual G1 Prequil/sequil, just be thankful for Beast Wars and understand it's never gonna happen.

We can take the bio as a hint as to whats to come, and here it is right before us. Remember, while this is G1... it's a new version. As in, this is the new and current version of Transformers. Honestly all this continuity switching could keep Excedrin in business.

He could talk at the end of the first damn movie! The only reason he didn't in the first half is cuz the half-assed plot made no sense and the "writers" couldn't figure out how to keep the "mystery" they wanted going if he talked.

Keep these hacks away from G1. I don't want the movies to be G1, I just don't like what they turned out as, but seriously keep the movies the HELL out of G1.

This'd be a good topic for the guess "Ender's Blood Pressure Contest" on Radio Free Cybertron.

The bio on the back of his WFC toy card was not meant to be taken that literally. I think they were just trying to explain to younger kids that yes, Bumblebee existed long before Bay's silent version. Considering High Moon wants to stay on Cybertron for the sequel it's pretty safe to say we won't be having any silent/radio-talking Bumblebee. They're still millions of years prior to their awakening on Earth afterall. Bumblebee spoke in G1 which is what this game considers to be 'The Future'. So we'll be fine. I just wonder why they released this stupid short-story now when it's already been printed in comics and even discussed a bit in the movie prequel novels.

Search Want to Know How Bumblebee Loses His Voice? The St Now 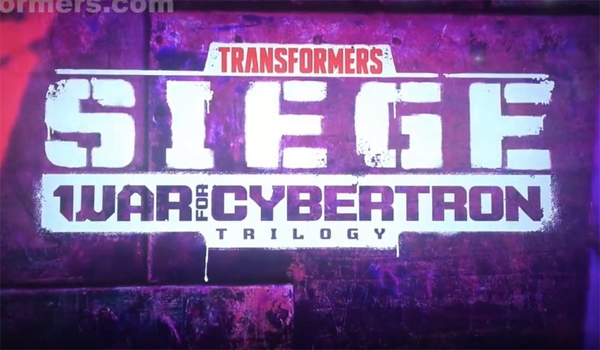 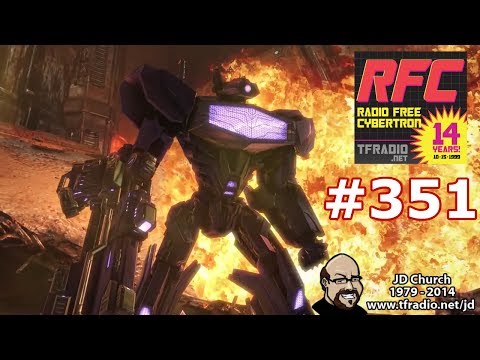