Just out of the Walmart inventory database is what appears to be a possible reveal from Walmart Collector Con Fall event of the Legacy Velocitron Victory Universe Galaxy Shuttle. The repaint of the Leader class WFC Astrotrain in Victory colors is based on the 1989 Takara C-326 Galaxy Shuttle.

This addition to the Velocitron capsule line is just in time to go with the HasLab Victory Saber release. If they can have Cosmos as a flying saucer in the 500, then a Space Shuttle is fair game. Hopefully they will do more like this. Read on to see the leaked official images thanks to JTPrime17.

UPDATE -The Walmart Collector Con Fall preorders are open now while they last on Walmart.com 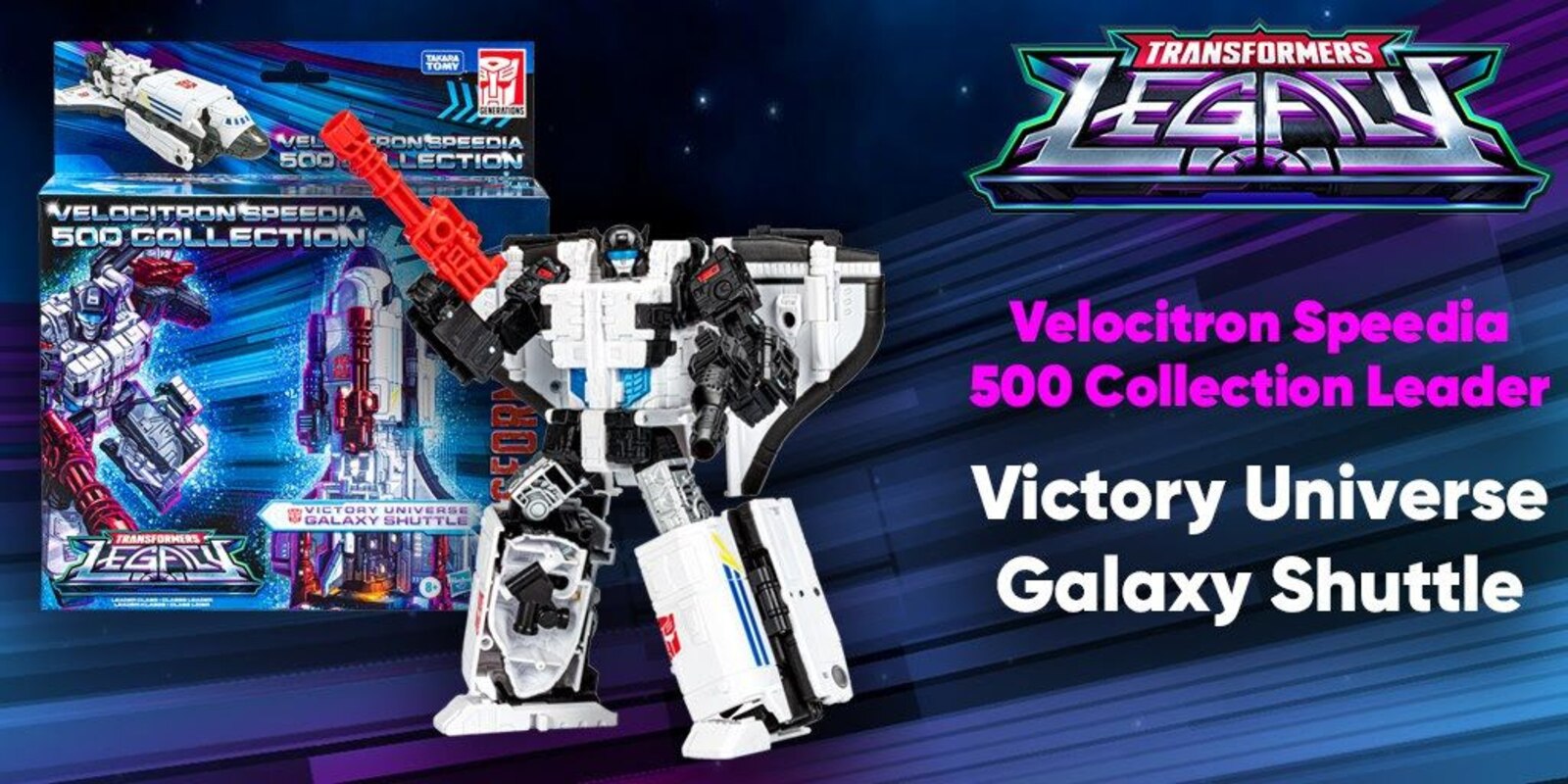 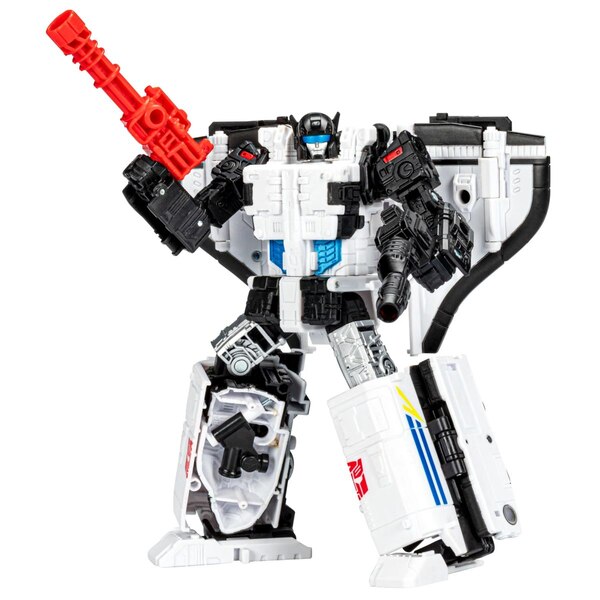 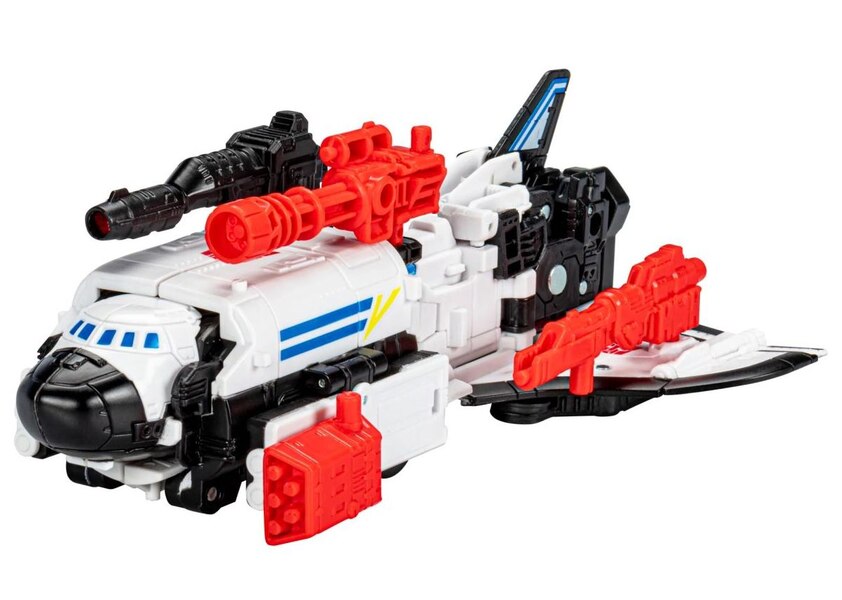 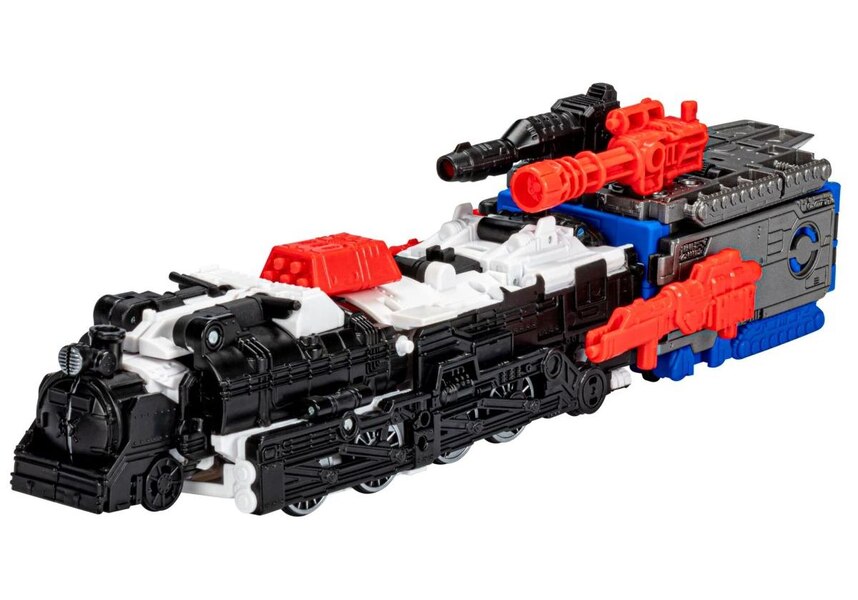 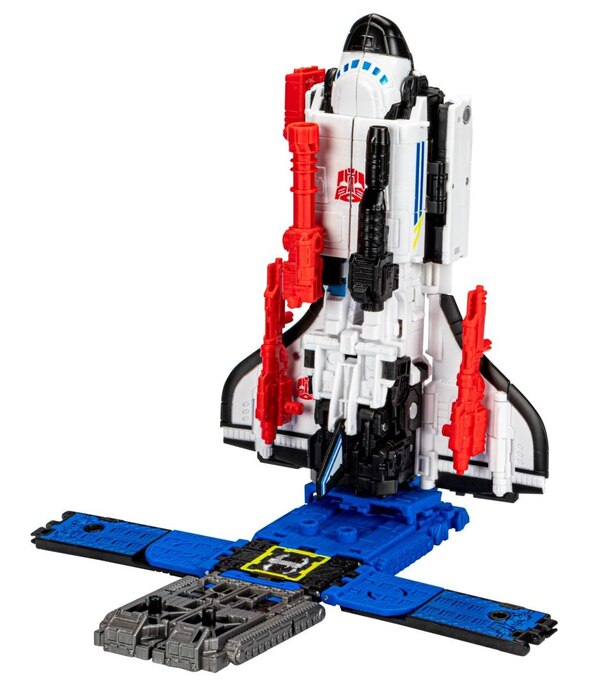 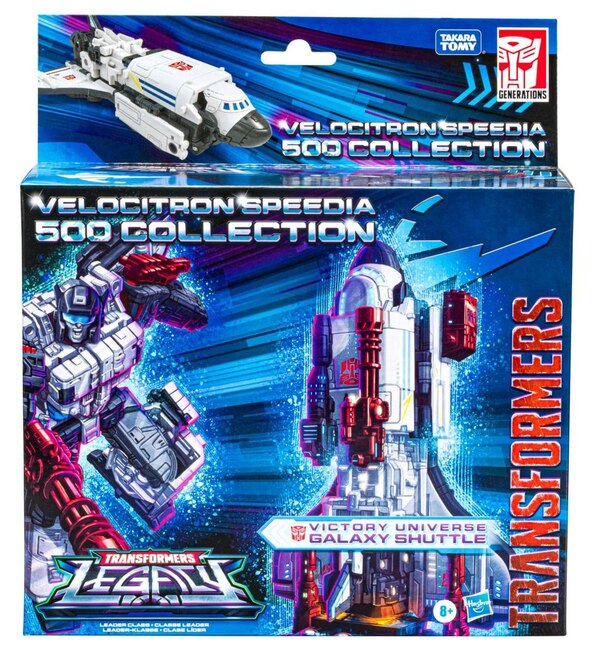 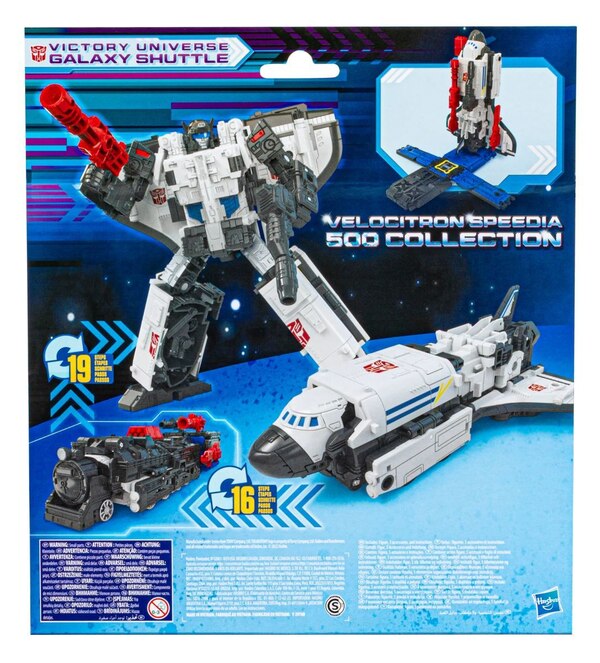 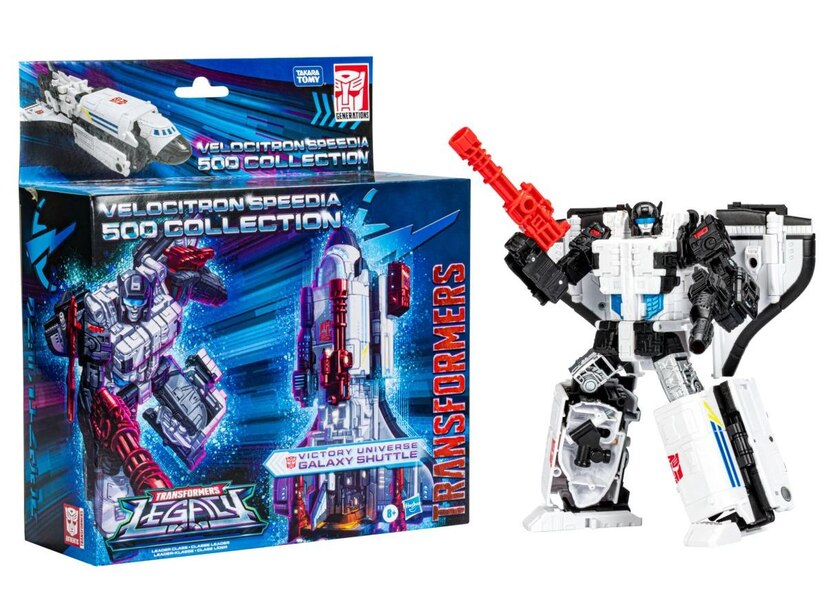 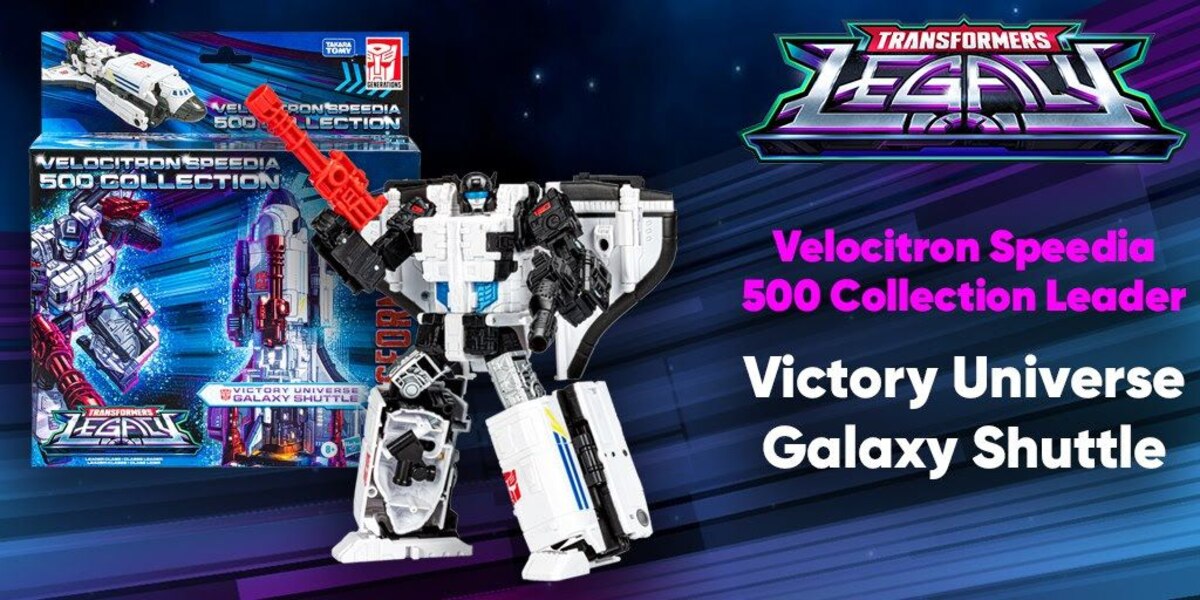 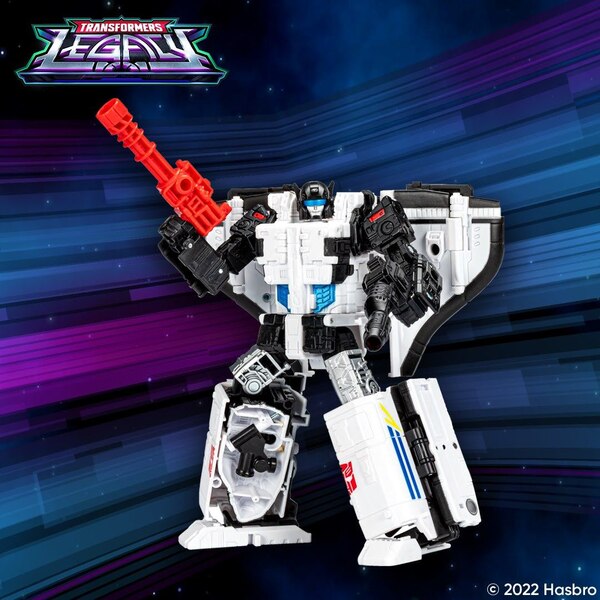 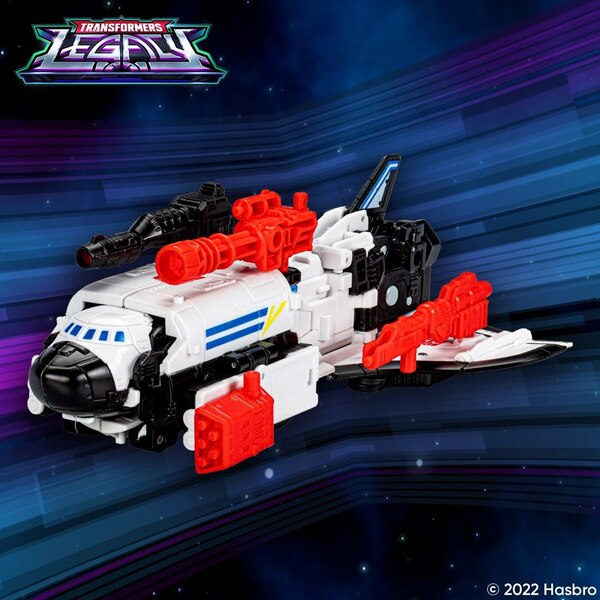 I preordered one but I too would've wanted him to be a commander class. It's such a perfect fit. Astrotrain is too small as it is just for Astrotrain and he's way too small for Galaxy Shuttle.

But you know who this isn't too short for? Spay-C from the GoBots. It might actually be too big for her but that's better than being too small. I'll grab a second one at some point and customize it into her. Hopefully Toyhax will have made a sticker set upgrade for doing just that. Maybe even with a new head. At the very least I hope someone makes a Super GoBots Spay-C head to put on this.

It's cool that this was designed from the start but there's a few others I would've liked to see from this mold long before they went here. Sentinel Prime based on his Titans Return design. Armada Jetfire based on his cancelled Botcon toy also based on Titans Return Astrotrain/Sentinel Prime. Armada Overcast...er I mean Armada Powerlinx Jetfire as Overcast is the US name for Energon Powerlinx Jetfire as Jetfire's brother and I just use it for both Jetfire redecos. The cancelled Spacewarp that was eventually redone into Timelines Astrotrain. Star Dasher which is the new name for that odd white/blue/orange Platinum Astrotrain reissue. Not to mention toy colors Astrotrain. Takara reissue Astrotrain too but then that would pretty much just be Galaxy Shuttle anyway.

It would've been nice if they thought of that last one aHEAD of time and kept the Astrotrain head in the box like they did for the Creatures Collide set. And also have a sticker sheet to make him one character or the other. I would've bought three at that point one for each character and one for Spay-C. They certainly would be able to sell more if they had thought of doing that. And since Spay-C is also the same colors, maybe have made a head for her as well and expanded the sticker sheet to further differentiate the three from each other. I mean, it's all pretty obvious and would've made it more likely to sell through stock on such an obscure character. Assuming they still used the Galaxy Shuttle name on the box and not Astrotrain at that point.

Damn, I might just have to grab three of this now. I could maybe use Titans Return Darkmoon as the face for the black and white Astrotrain instead of trying to find just the head from another Siege Astrotrain to use. I hope this guy goes on sale before selling out as I don't feel like putting an extra two leader class Transformers on my Walmart card. At least I get points though.

Honestly, I will probably pick this up, but, I am also really disappointed as I had always hoped for an update to this figure, but NOT as an astrotrain recolor, it really does not make sense here, could have given a new commander class mold. Still, it does look nice.

They are now up on Walmart.com

Thank you! The listing on Hasbropulse was sold out before the push notification even went out!

Love this recolor, but the back of the box shows the inside of the leg panels black but the robot image shows white which makes that hollow leg horrible looking. ? 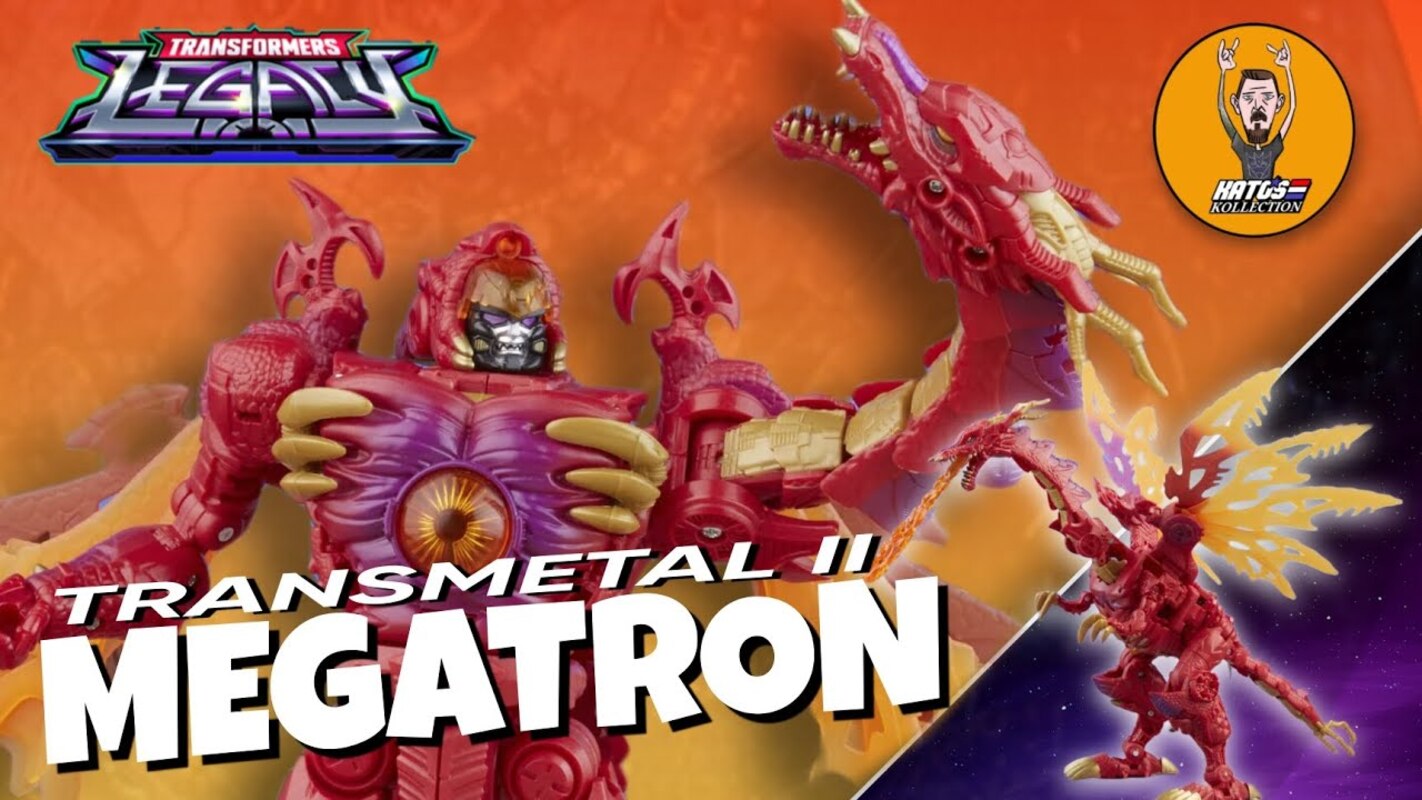 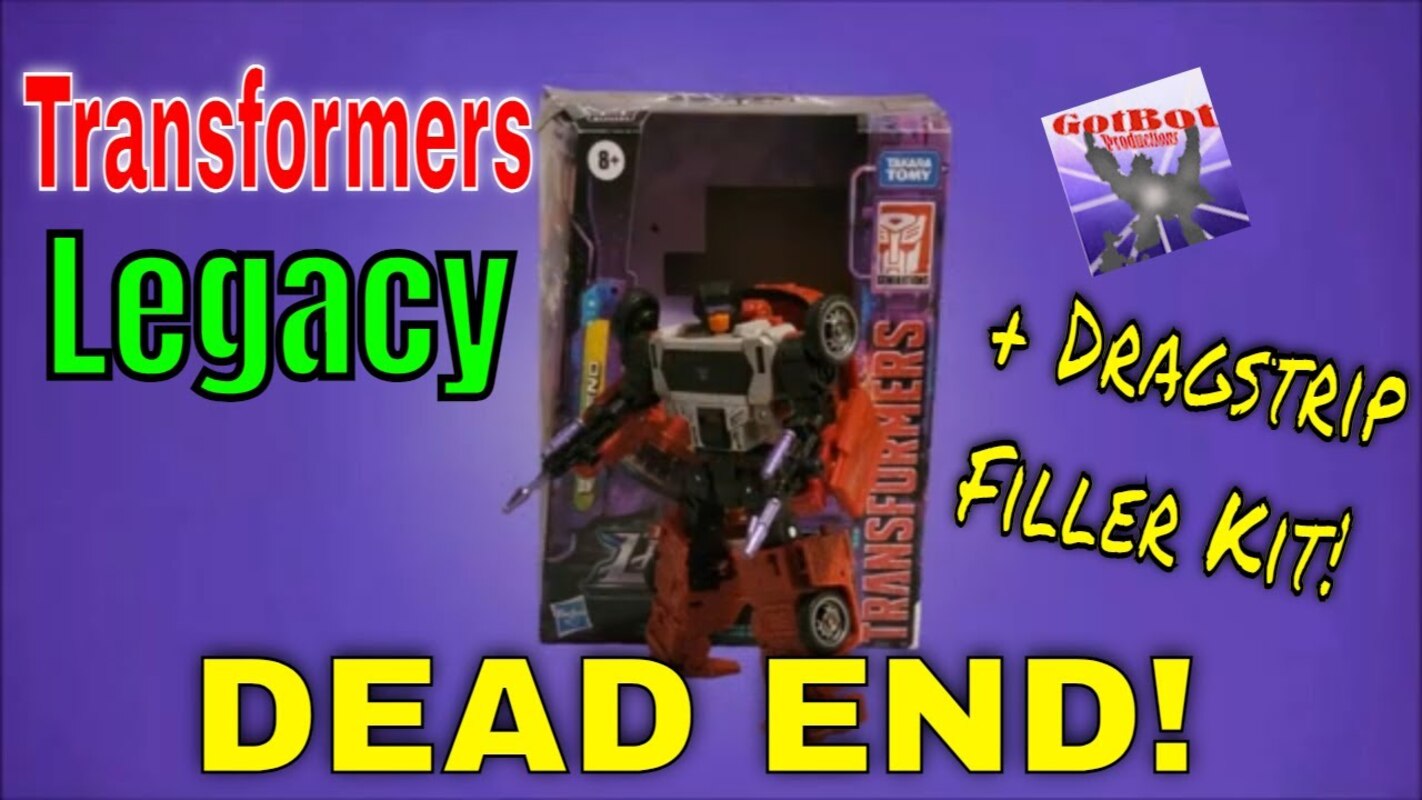 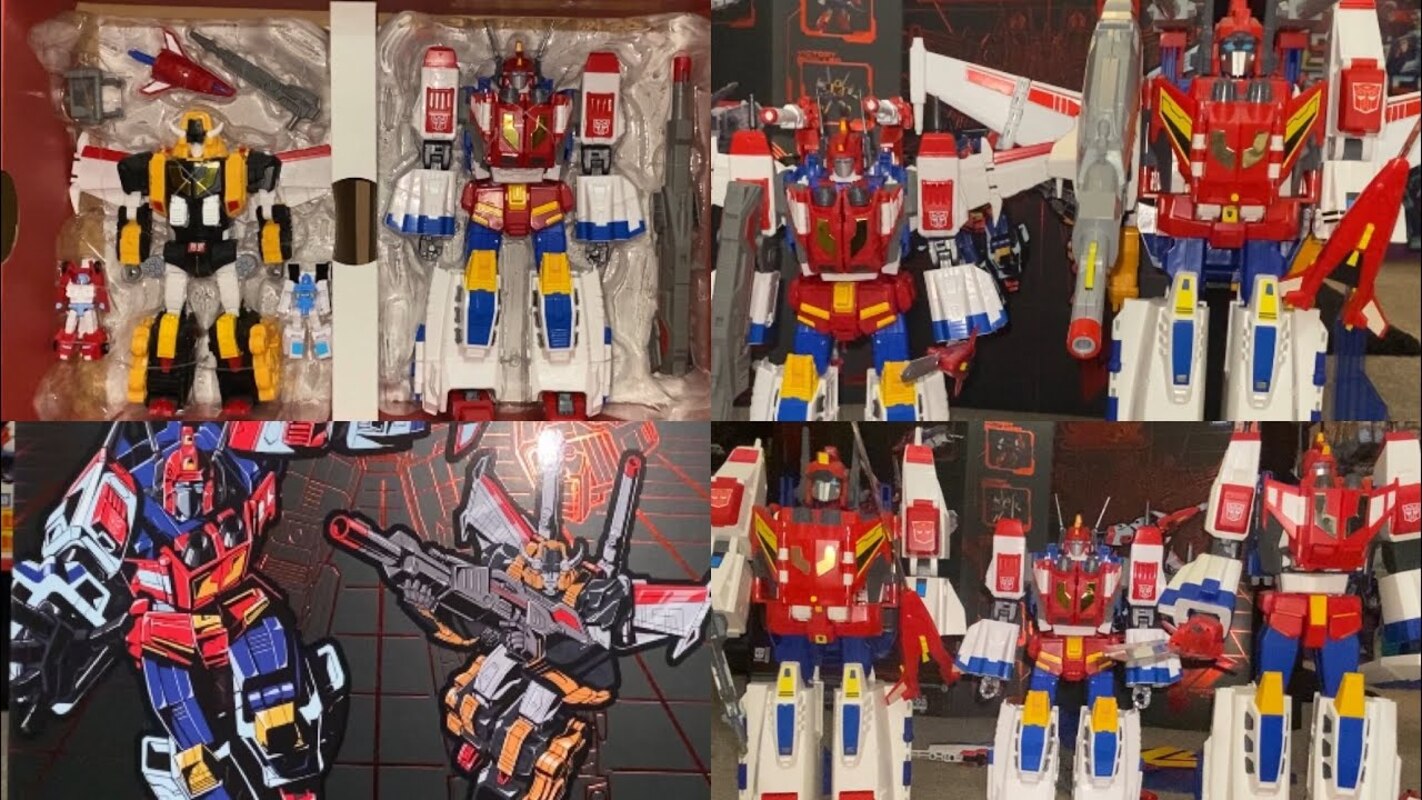 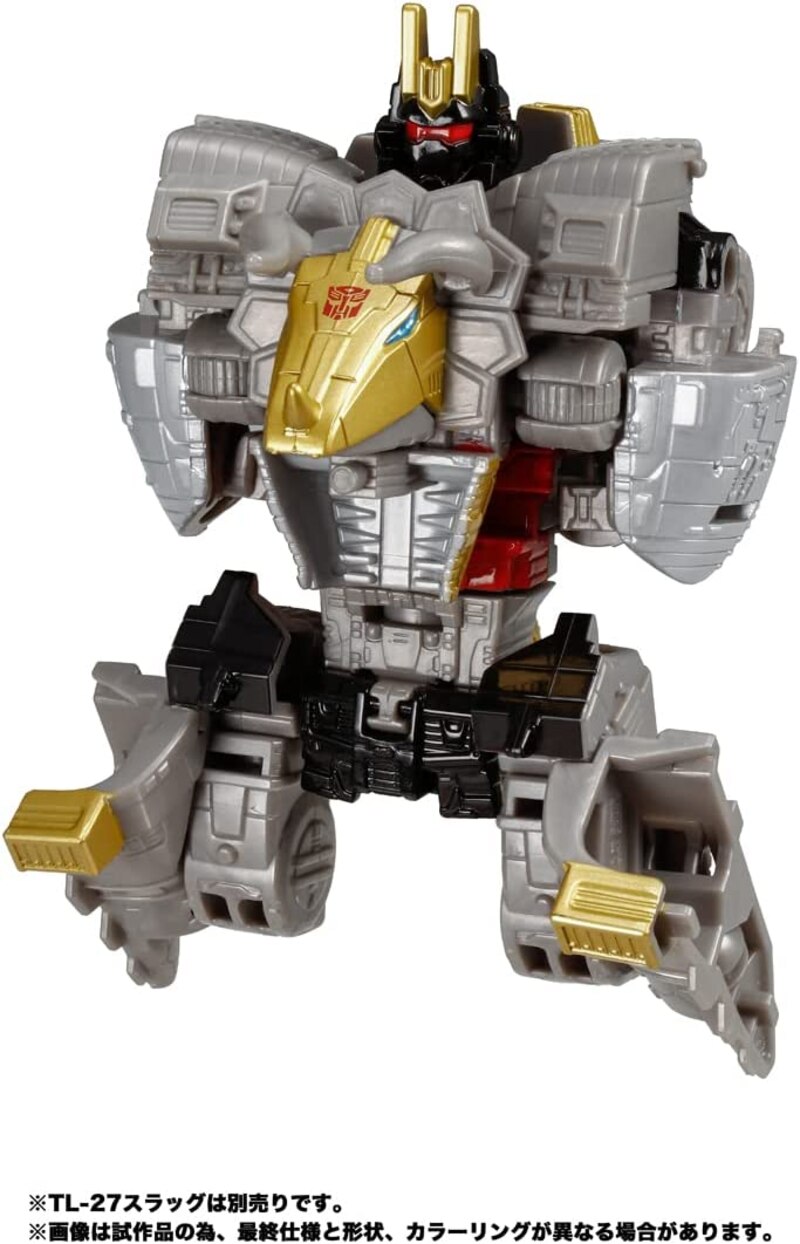 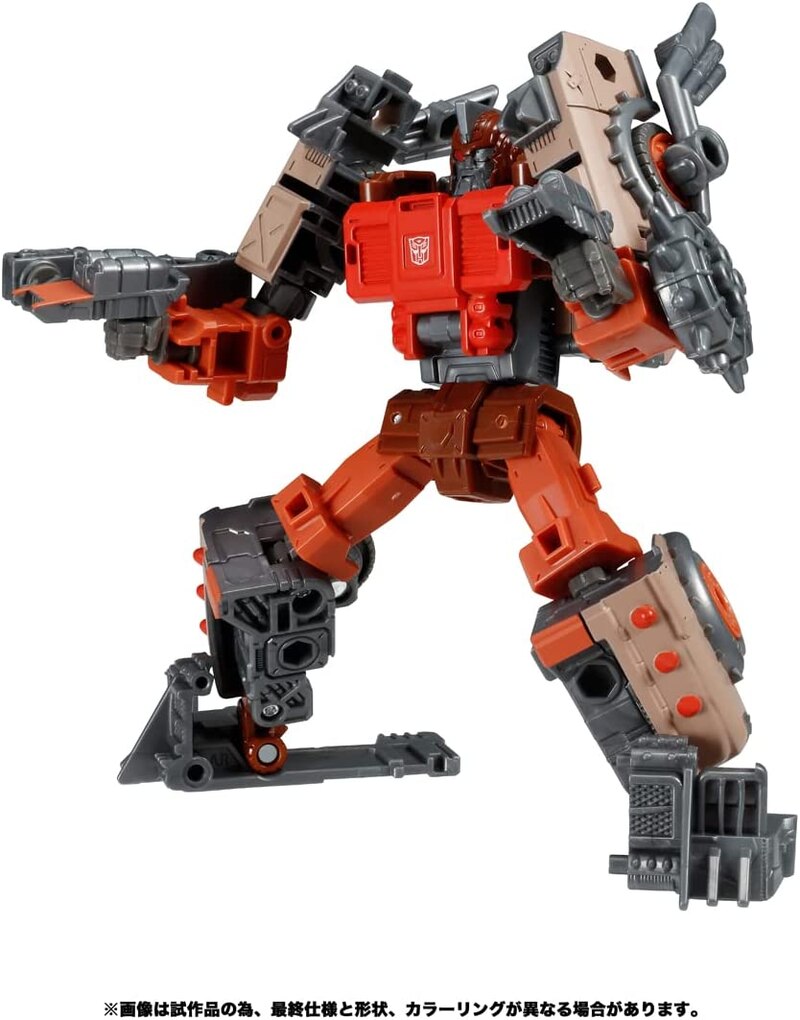 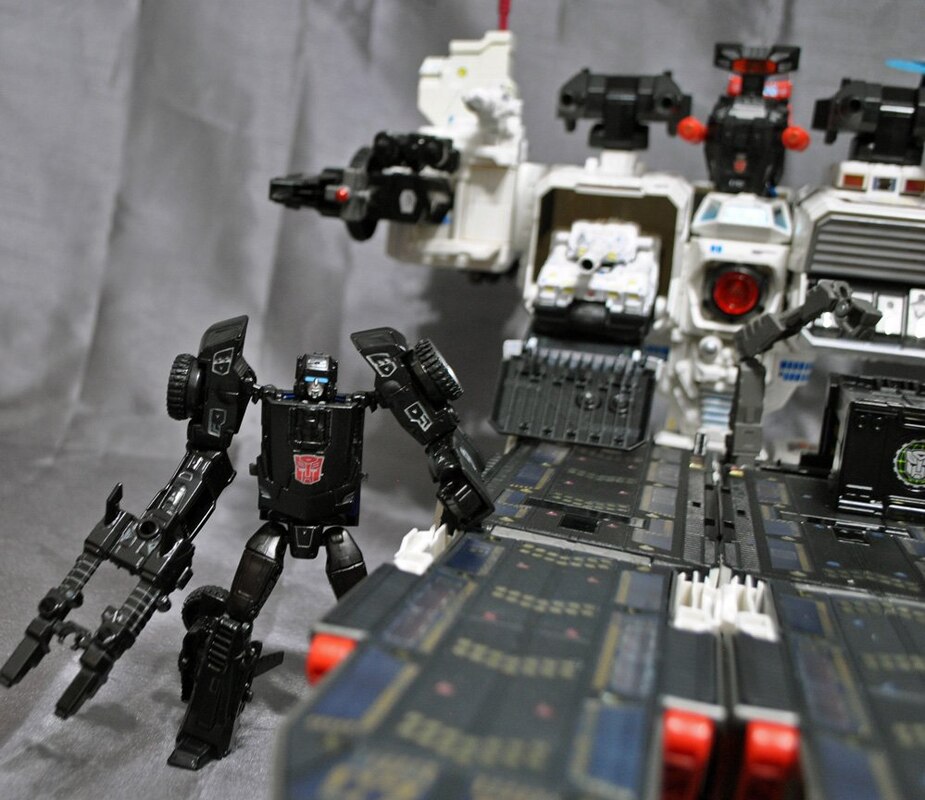