Universal to Open Theme Park in Beijing, China - Transformers and Other Rides

After taking China's movie boxoffice by storm this summer. It should be no surprise that Universal have announced they will be opening a new theme park in Beijing, as reported by the Seattle Times.

The explosive success of Transformers: Age of Extinction all but ensures a place in the new Theme Park that is said to cost $3.3-billion for the 300-acre entertainment facility.

The third park to open in Asia, after Japan and Singapore, the Beijing will feature a first ever Universal resort hotel as well as well as China’s best-loved stories in addition to well know Hollywood properties.

Asked specifically what “Chinese elements” the park would include, Williams refused to offer specifics but said the company had already conducted “extensive research” on this matter and said the park would “pay proper respect and homage to Beijing” and Chinese culture overall.

Williams would not detail what marquee attractions the Beijing park would include either, but rides based on the “Transformers” franchise and the “Despicable Me” series as well as “Harry Potter” seem likely candidates based on those films’ popularity in China. The fourth installment in the Transformers series, “Transformers: Age of Extinction,” became the top grossing film ever in China this year.

“China remains a vital part of our company’s film business,” added Williams, noting that Universal Pictures is also about to open a film office in Beijing that would focus on movies, including more co-productions with Chinese partners. 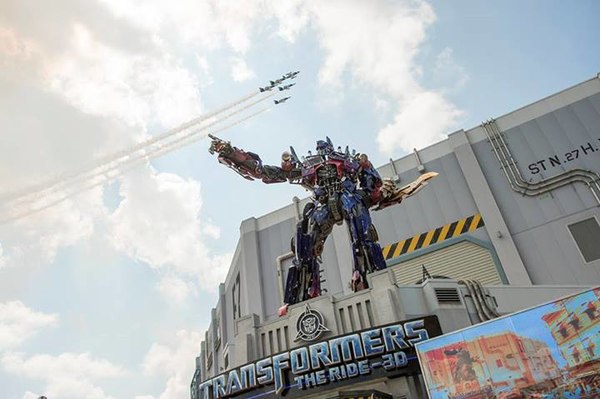