UPDATED with more slides! In the single largest leak we've yet seen out of Weibo, the entire first four waves of Power of the Primes have been leaked. We've got a Dinobot Combiner, the Terrorcons, a glimpse of the next Leader Optimus Prime, and much more! Keep reading for a list of what's here and why we're pretty sure it's all real! The waves are given release dates that correspond to pretty common Hasbro drop times - December 1st, April 1st, July 1st. On top of which, the Prime Masters all follow the patter of Skullgrin with the Liege Maximo pretty exactly. We're also told that the symbol for Vector Prime, which fans figured out yesterday matches the one on this Prime Master For this all to be faked, someone would've had to know all that long enough in advance to do some amazing custom work and Photoshop wizardry.

On top of which, the name superimposed over the shots does correspond to that of a current Hasbro employee - and we send our condolences to him because this is surely not his fault. But the information is already out there and we feel an obligation to report what we know.

Interestingly, even these slides, presumably for internal use, do not make mention of the Combination features directly. They do mention each Voyager figure having its own unique "Enigma," which would lead one naturally to the Enigma of Combination.

Battleslash
Roadtrap - (It looks as though these will combine into the G1 Duocon Battletrap. -RAC)
Tailgate (We're also not sure about this one, but it appears to be a white figure from the Windcharger mold.)

Cindersaur
Outback (Considering this wave is nearly a year off and these images were never meant to be seen by the public, we wouldn't read too much into his still having Brawn's head.)

Hun-Gurr
Elita-1 (Who appears to be a Starscream remold, but it's definitely too early to say.)

Optimus Prime (CF) (We don't know what "CF" stands for, as not all the other repacked figures shown in the wave have that designation. But it seems likely it stands for "Carry Forward," indicating these figures are straight repacks from earlier waves.)
Rodimus Unicronus (Presented as a purple-tinted recolor of Rodimus Prime. Hopefully it'll be the black, purple and teal color scheme seen on Lost Light Rodimus. It's probably inspired by the UK G1 comics story where Rodimus Prime contained Unicron within himself to stop him.)

Optimus Primal (Represented here as I hoped: a Deluxe-sized Season one Optimus who then combines with a larger body to become Optimal Optimus!)
Rodimus Prime (CF)

Comprised of five Voyager-sized figures, Predaking also reveals a story point: that he will gain possession of the Matrix of Leadership. It also reveals that one of the figures will come with the Enigma of Combination, which Predaking can store along with the Matrix.

So there we go. This is all apparenly real, and odds are good HasCon, NYCC, and Toy Fair will all contain very few surprises for us outside of seeing the combined forms of the Dinobots and Abominus. Enjoy! 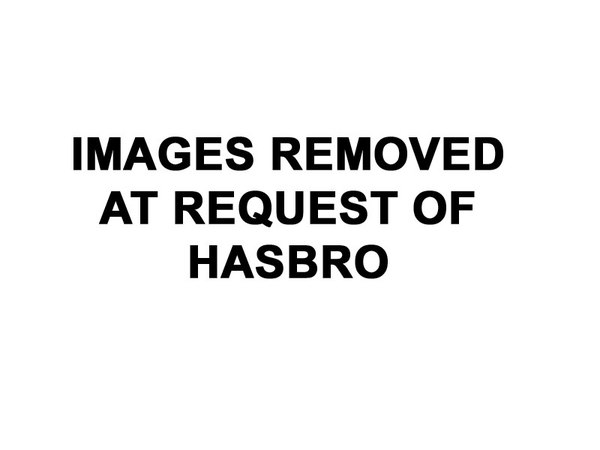