Autobase Aichi reports that the Chinese branch of Hasbro is advertising Power of the Primes Titan Class Predaking at the official Hasbro flagship store in that country. ...and he's got the sword that is very conspicuously missing from the standard retail release. At present, no other avenues of purchase have been made available, and it is included with purchases of Predaking for a reasonable 829 Yuan (roughly $120 USD).

This isn't the first time this has happened: Titans Return Titan Class Fortress Maximus did not include the Master Sword in his Hasbro retail release, being available only with the TakaraTomy figure or SDCC exclusive versions. It was also a bonus with the purchase of the retail version of Fort Max in some Asian countries. None of those other options exist for Predaking.

Unlike Fort Max, Predaking does not have individually articulated middle fingers, but we feel the spirit is still there.

Topic that the big sword will be attached to Titan Class · Predaking of Power of the Prime at TF official flagship store in Hasbro, China, located in the shopping mall of China.

It is a flagship store that has not been checked at all recently, but when purchasing Predaking it seems that a special sword will come with this store limited.

Although it seems that the banner image appeared from about the last month, it did not become much talked (or a lot of products with similar copies do not think as an official product), tell acquaintances what this is like I asked him, I asked, but I examined it.

Since I do not understand Chinese well, the exact content is unknown.

In the same store, the TF30 anniversary commemorative campaign in China was held at the end of last month, and it seems that the image with this sword was circling for the first time at that time. Currently, it feels like being published as a part of the bilateral campaign to be held on November 11 in heavenly cats. It seems exactly today that an actual product image was posted on an additional basis.

For now, it seems that information such as distribution has not appeared except at the official Chinese flagship store in China. 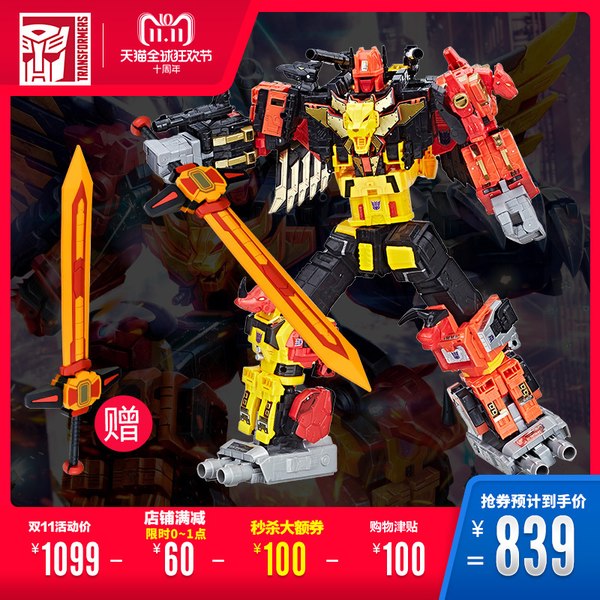