Hasbro Pulse has revealed the backstory and powers of the Autobot combiner Orthia!

Unlike Elita-Infin1te, the combiner form given to Power of the Primes Voyager Elita-1 and any combination of Deluxe limb-bots, Orthia is specifically the combination of Elita-1, Moonracer, Novastar, Greenlight, and Lancer. As it turns out, this is a special ability given to them by Solus Prime, weaponsmith of the Primes, and as such their team designation is the Shield of Solus.

Led by Elita-1, this select team is made up of Moonracer, Novastar, Greenlight, and Lancer. They have a great power hidden within them that can only be unlocked when their unique sparks come together within a Combiner form.

When Cybertron faces its darkest days, Elita-1 and her team must combine together to meet their destiny and form…Orthia. The combination of their unique sparks infuses Orthia with the creation power of Solus Prime. This power gives Orthia the ability to forge immensely powerful weapons to be used against the planet's greatest threats.

Orthia stands up and fights when all seems lost. Her resolve has been forged in the fires of battle. Her legend steeled by the selflessness of sacrifice. It is in times of greatest despair that her greatest victories are won. She is light, she is hope, she is Orthia -- the fiercest guardian of Cybertron.

The Shield of Solus - known then as the "Female Autobots," were first shown in the G1 episode "The Search for Alpha Trion." Naturally, none of them were given toys at that time. Solus Prime, in her infinite wisdom, saw fit to split Generations Orthia between three toylines and two years, with Elita, Moonracer, and Novastar appearing in the Power of the Primes line, Greenlight as a special Siege Battlepack along with Battle Master Dazlestrike, and Lancer as a Generations Selects figure. Not quite as broad a span as the Legends-class Insecticons, but close! 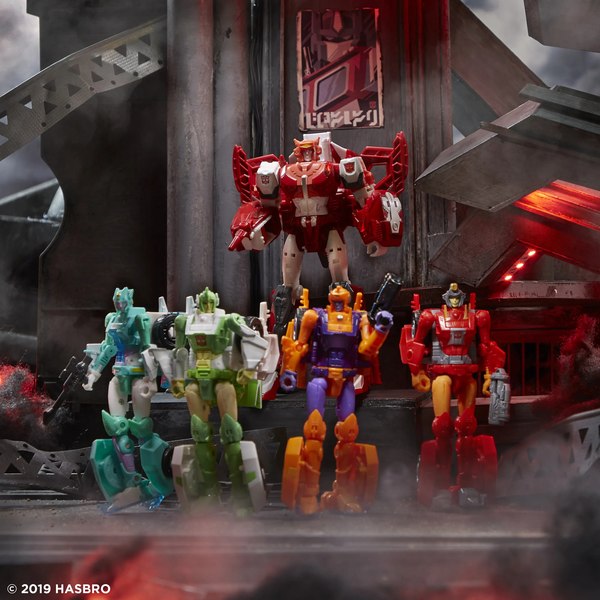