WHO'S THAT DECEPTICON? Hasbro To Run New Fan Vote For 2020 War For Cybertron Toy

by ExVee on June 11, 2019
From Hasbro's Weibo account, it looks like we've got our first lead on possible characters in the running for toys in next year's Transformers Generations lineup. A image showing four "mystery" characters illustrated in shadows has been posted, challenging fans to identify them, after which there will be a chance to choose which one will join the toyline in the upcoming year.

The characters shown include Gnaw/Sharkticon, a Battlecharger (or more likely both Battlechargers when all is said and done), Needlenose, and Shrapnel. An important thing to keep in mind here is that each of these characters would be looking at a Deluxe or larger toy, since the Legends price point this year was converted to give a home to Micromasters.

It's this writer's opinion that Needlenose probably has an inside track, as the character has been appearing in a number of TCG cards in a form that looks plausibly like it could be an already-planned retool of Siege's Tetrajet seeker body, and Hasbro may be trying to tip the scales in that direction. Gnaw and Shrapnel both had toys relatively recently, which would probably reduce their attention in any polling, bringing us down to Needlenose and Runabout or Runamuck.

If Needlenose is already on the short list via a Starscream retool, it could be easily conceivable that Battlechargers might be given similar treatment being co-engineered with a hypothetical Wheeljack, or even Tracks. Both of which were part of the last character choice poll along with Needlenose, which could easily put them high on the list for what toys to develop and include for WFC 2020.

SDCC is about a month away now, and while we might not get specific answers to these questions, we should get our earliest looks at some of what the next installment of the War For Cybertron trilogy will have to offer us. Meanwhile, you can sound off below and tell us which character you would vote for if Hasbro gives us the chance to pick from this new batch of characters!
Image (click to enlarge) 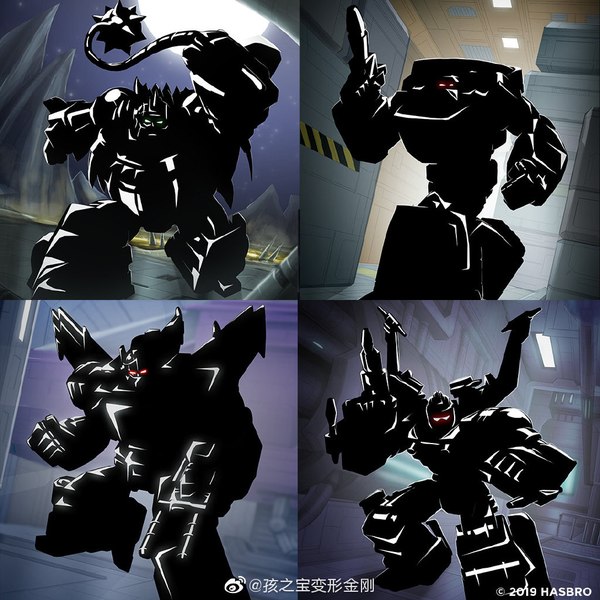