TakaraTomy's TF_pr Twitter account has shared out a teaser photo of part of their exhibit space at Winter Wonderfest, and while it's from some distance, that hasn't stopped us from catching a couple interesting things hiding out in plain sight ...more or less.

Most prominently is our first view of the new Masterpiece Bumblebee, MP-45 that is thoroughly styled after the cartoon model as both a robot and a vehicle, looking very distinctive from the previous MP Bumblebee. What is not immediately visible in the Masterpiece display is a blob of green that would indicate the presence of the full-color Hound sample that we saw months ago. Is it yet to make an appearance at the display this season? Only time will tell.

A bit less jump-out-at-you is what looks to be the next Legends LG-EX release, set up with the soon-to-ship Big Powered set. This is much more a blob of pixels, but determined squinting has registered what looks like an Armada Optimus Prime that armors up to become... Star Convoy? While this may sound vaguely similar to the Siege Leader Cybertron Optimus coming our way, it's worth noting that initial signs point to this being a retool of Power of The Primes Optimus Prime. The presence of Siege Shockwave in the display allows for a quick comparison of heights, and LG-EX Armada Star Convoy is definitely significantly taller in its full combined form, reinforcing the belief that this uses a pre-2019 Leader tooling at its base.

On a similar note, Commander Class Jetfire is on display, and we can likewise compare heights and discover that he's just a tiny bit short of being double the height of Super Mode Shockwave. That's a big space jet!

We're sure to see more and better photos from TakaraTomy's display as Wonderfest moves in to Sunday, and we'll be here to keep you up to date on the latest reveals! 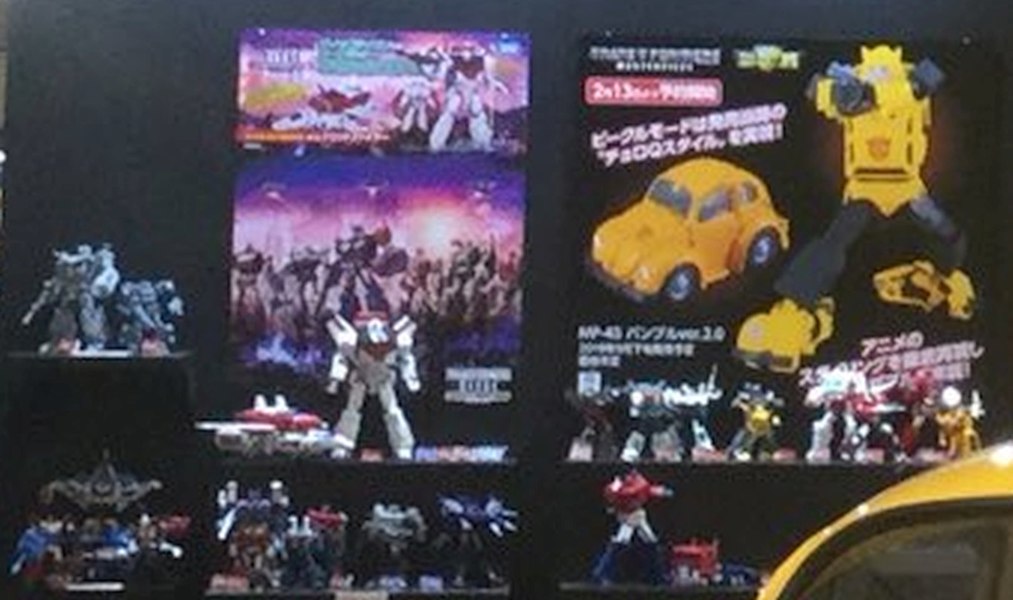