We've got a new, slightly better look at the suspected next LG-EX release from TakaraTomy, on display is grey testshot form at Wonderfest Winter 2019. As we believed from the tiny initial image, the set comprises an Armada Optimus Prime base robot form, that combines with its trailer to form an updated Star Convoy. The set does indeed appear to be a retool of Power of The Primes Optimus Prime ...which is going to produce some weirdness on the final toy based on what we can see.

Most notably, in Star Convoy form, it appears the same truck window panels are in use on the chest underneath the characteristic Star Convoy crest piece, giving an indication that the truck cab might not be very different, if at all, from what we saw with Orion Pax. This leads to the bizarre scenario where a G1 Optimus cab becomes Armada Prime's base robot form, which then combines with a trailer whose total modifications remain unknown in order to become Star Convoy.

This is definitely one where we'll be wanting to see a lot more detail to understand just what the true nature of this toy will be. This image was reposted to Twitter by @snakas, though the original source is not currently known.
Edit: We know at this point that Armada Prime is not directly related to Star Convoy but we're keeping the body of the post as it originally appeared to preserve the context of how the news developed. 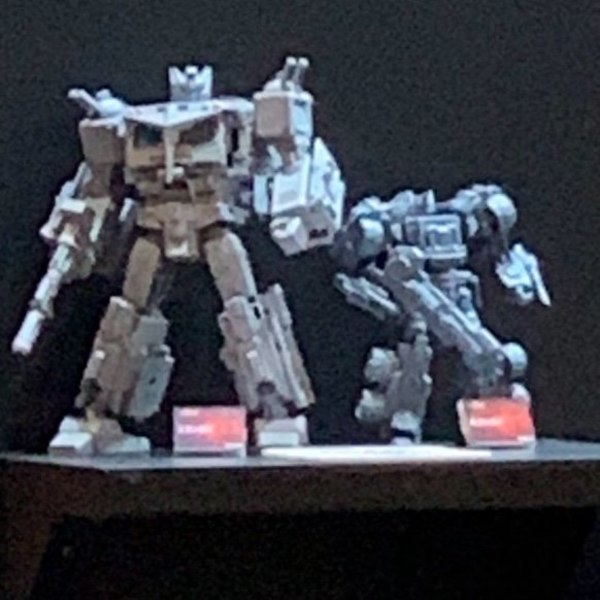