We move past the toys now, because there is surely more to fandom than obtaining merchandise. For another year, IDW's Trransformers comics have delivered us some of the best Transformers fictions that fans have had the opportunity to enjoy in the course of the Transformers brand's more than thirty year history, accompanied by fantastic art to help bring it to life. Below you'll find our picks for the year's highlights, as well as some thoughts on things that turned out not quite the best this past year. Keep reading to see! And of course there is still more to come in our 2015 Year in Review!

There weren’t a lot of self-contained stories in any of the other Transformers comics this year, not counting the standalone short works of the Transformers Holiday Special. But in June, The Transformers Vs. GI Joe took a break from its usual madness to suggest that the previous issues had, in fact, been madness. Scarlett is captured by the Decepticon-Cobra alliance and conditioned to think that she was living out fantasies from her favorite childhood cartoons. A surprisingly lucid and dramatic issue inspired by the earlier works of Frank Miller, "Headmasters" was very much unlike any other issue of Transformers vs. GI Joe - which is unlike anything else out there to begin with.

The 30’s were a strong time in More Than Meets The Eye. Late 2014 had a stack of interesting mysteries that offered information enough as the story progressed to start piecing the answers together yourself. This culminated in Elegant Chaos, which involved plenty of time travel technobabble to essentially tell the story of the Lost Light crew mostly unintentionally making sure that they and the circumstances of their adventures came to be. It was a multi-part adventure story with a payoff so strong and complete at the end that if you had told me it was the final issue of the series, I could have walked away very satisfied. In reality it would not be the end as the book continues marching along, but Elegant Chaos will always hold a special place in my memory. It’s a point in time that I’ll remember for challenging me intellectually, and provoking a lot of thought about what I’d just read that month. I truly hope that I will see its like again someday.

The problem with Combiner Wars is that there’s simultaneously too much of it and not enough. In the interview-rich buildup to the event, one thing was referenced over and over: That it would be about the nature of combiners, and how they work. And to a very small extent that was true. At least as far as a magical plot device was introduced to make them work. And aside from a sequence in the final issue of the crossover, virtually no attention was paid to the internal mechanics or mentality of the combined beings. Rather than a war, or even a story really about the combiners, Combiner Wars was simply more political intrigue. And I use the word intrigue loosely here. We’re not against Robot Politics as a story angle, and it’s been done well before. But it’s disappointing to see that take center stage and almost neutralize what the miniseries was itself named for.

Let’s reach back a couple of years, when (what was then) Robots in Disguise had to put everything on hold and wait for about half a year and the launch of Dark Cybertron. The book’s momentum was pretty much shot, and the book itself was completely consumed by that crossover. But when time came again to plan an event book in the form of Combiner Wars, things went rather better. Now instead of shifting to a holding pattern, important story elements were slowly and carefully woven in to the lead up to the crossover. That becomes important starting around July or August of 2015, when The Transformers went back to what it had been doing, and immediately picked right back up with all the energy it had when it switched gears to Combiner Wars. Ever since, the story the book has been telling has been deeply engaging and clearly building up to a major point of conclusion. A far cry indeed from the slow lurch that accompanied the book’s time skip and setting change with the conclusion of Dark Cybertron.

Elegant Chaos had many of the qualities of a series, or at least season finale. It answered many questions, gave a feeling of resolution for some characters, and while doors were left open, it could have stopped there. But sometimes shows keep going even after the bulk of their story is told, and most of this year of More Than Meets The Eye has had that feeling. There’s been a certain absence of direction, and a feeling of the larger story of the book not really mattering anymore. For most of the time since Elegant Chaos, we’ve had a lot of focus simply on issues surrounding the characters that while great for developing them, are not so great for plot progression. And that wouldn’t even necessarily be bad, except that it’s almost all that we’ve had since about March. And even the most recent issues shows only the tiniest traces of having anything to do with getting a plot on track. What is now approaching a full year of non-progress is simply too much. Nothing is happening to move the book forward, and it’s miring down farther and farther in the hole it seems to have settled in.

The anticipated return of Windblade’s comic was sadly not what most of us were anticipating. While ex-RID had ample time to establish where it was and what it was doing in the lead-up to Combiner Wars, Windblade Volume 2 had to jump right in to being half of a major event miniseries. On top of which, the standout artist from Volume 1 Sarah Stone only drew the very first issue of the new series. While Corin Howell, who drew the book from issue 3 until its conclusion, was a definite step up from issue 2 fill-in Livio Ramondelli, her more cartoony style was for many an acquired taste. Having given over its early issues to Combiner Wars, the remaining run had an interesting concept that didn’t work as well as it would have with more time and space - the time and space taken by Combiner Wars. Writer Mairghread Scott is relaunching the comic in 2016 as Transformers: Till All Are One with artist Sara Pitre-Durocher, which strikes me as a great combination. Now, if only Titans Return doesn’t impose on it too much...

The companion book nobody read to the series nobody is watching (thanks, Cartoon Network), Robots In Disguise is the other source of satisfyingly self-contained stories this year. Well-written, fun, and easy to follow, it’s good to have Transformers books that you can hand to anybody with no special knowledge needed of continuity - or even of Transformers when you get down to it. Solid character writing from Georgia Ball and clear, strong, reference-rich art from Priscilla Tramontano make this a comic parents can get something out of as they read it to their kids.

Writing an entertaining all-ages book isn’t easy. Neither is writing a good TV tie-in comic. Nor is writing self-contained comics that still manage to build towards the satisfying resolution of an over-arching plot. In her debut on Transformers in the animated version of Robots In Disguise, writer Georgia Ball did all of these things. We feel fully confident that, even if she had not been the only new writer to come to IDW’s Transformers comics this year, we would still be nominating her for this category. Whether it’s on future RID stories or something else entirely, here’s hoping this isn’t the last time we 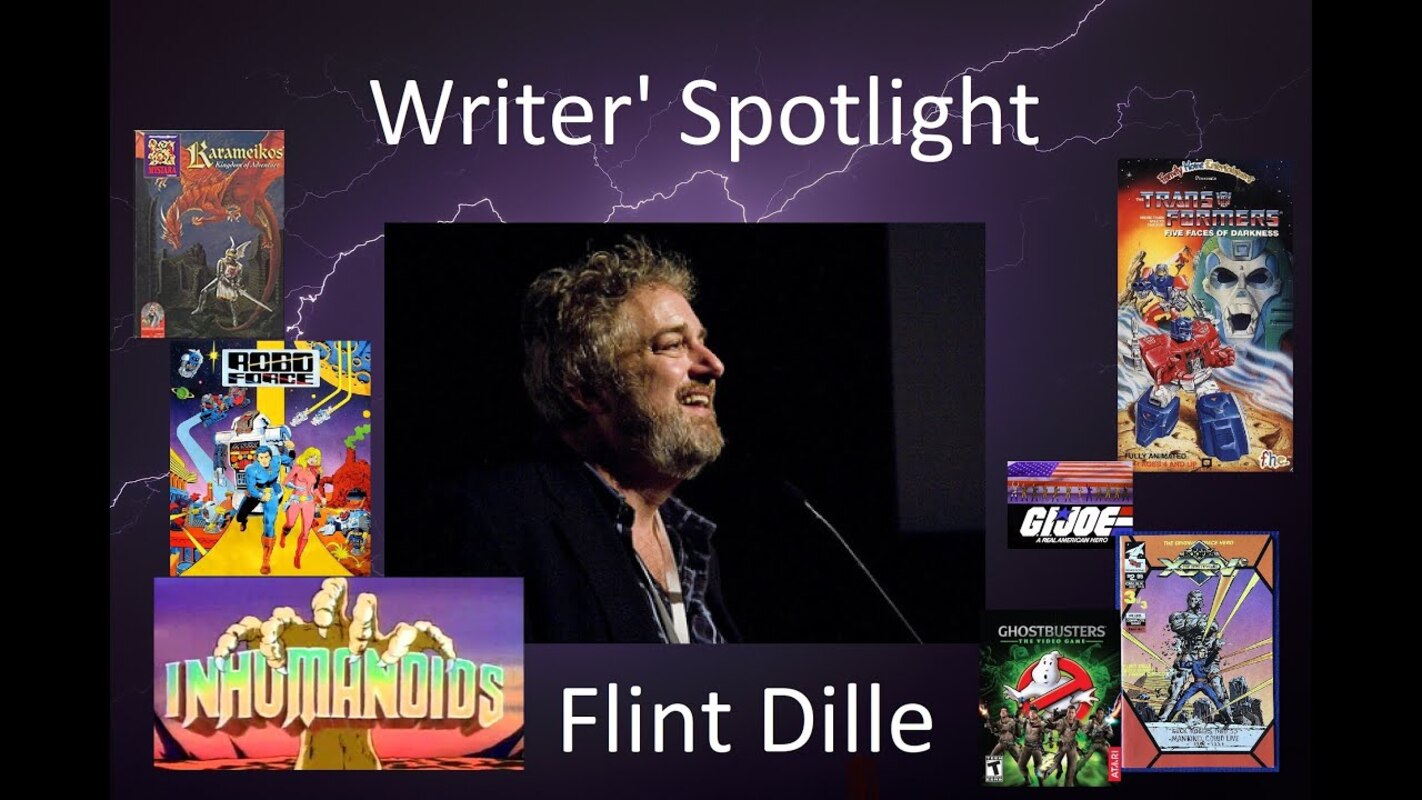 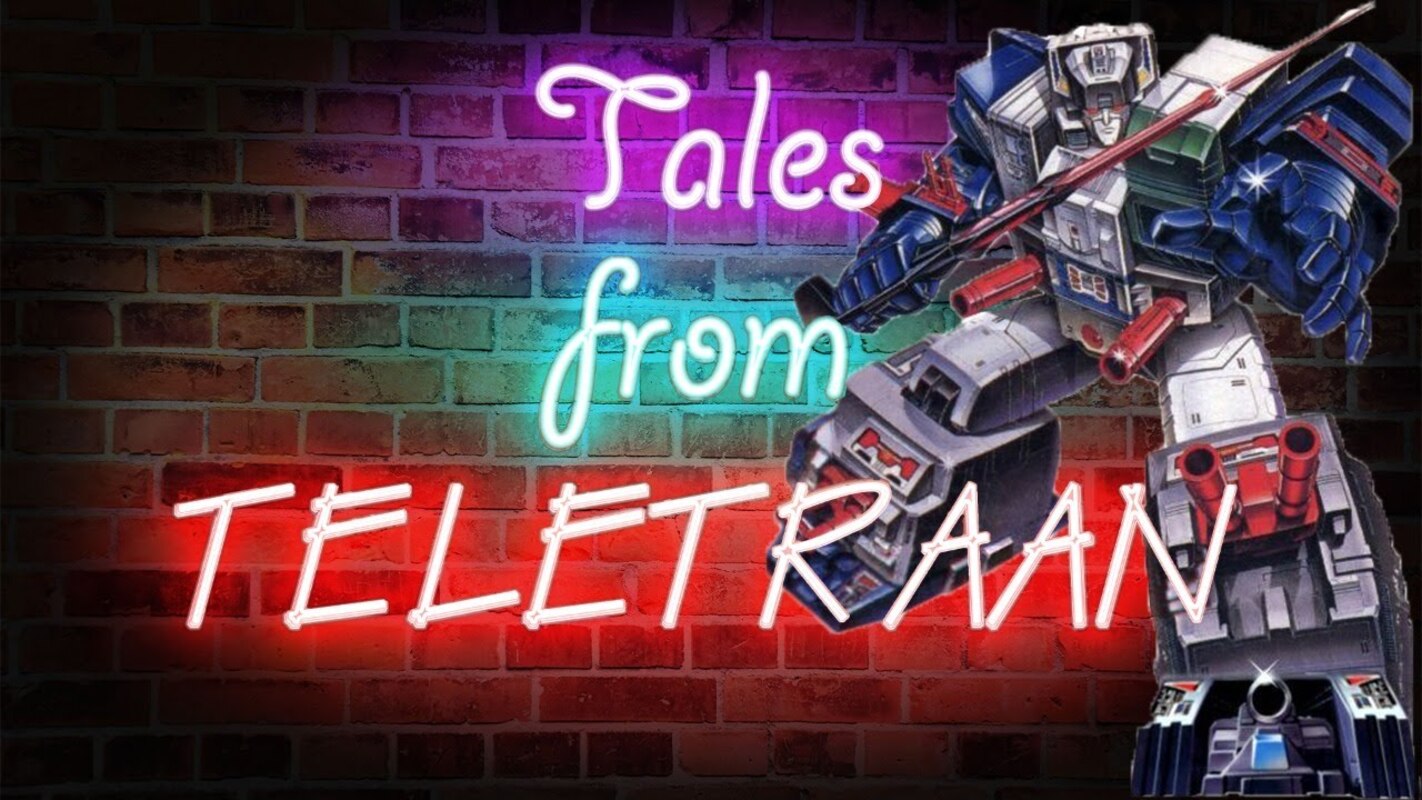 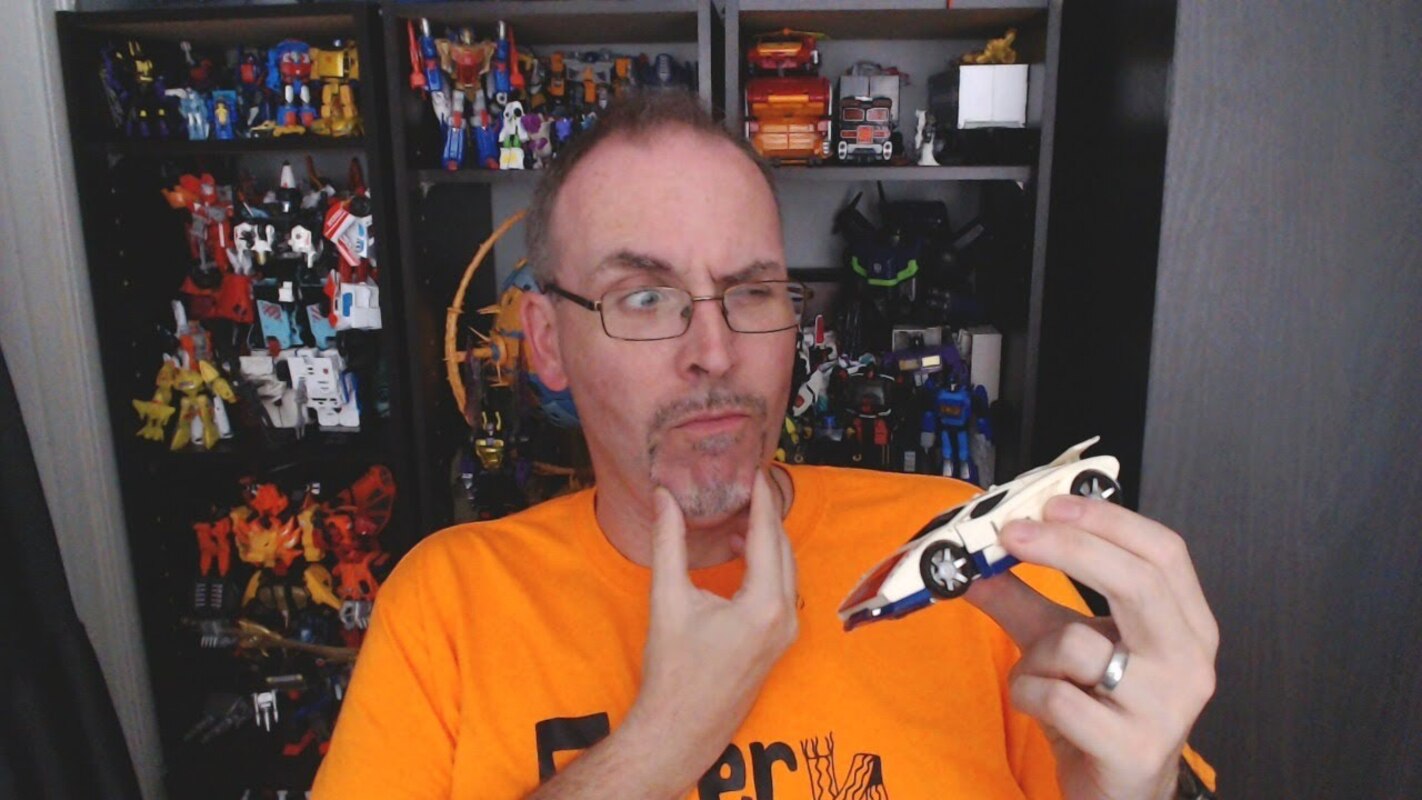 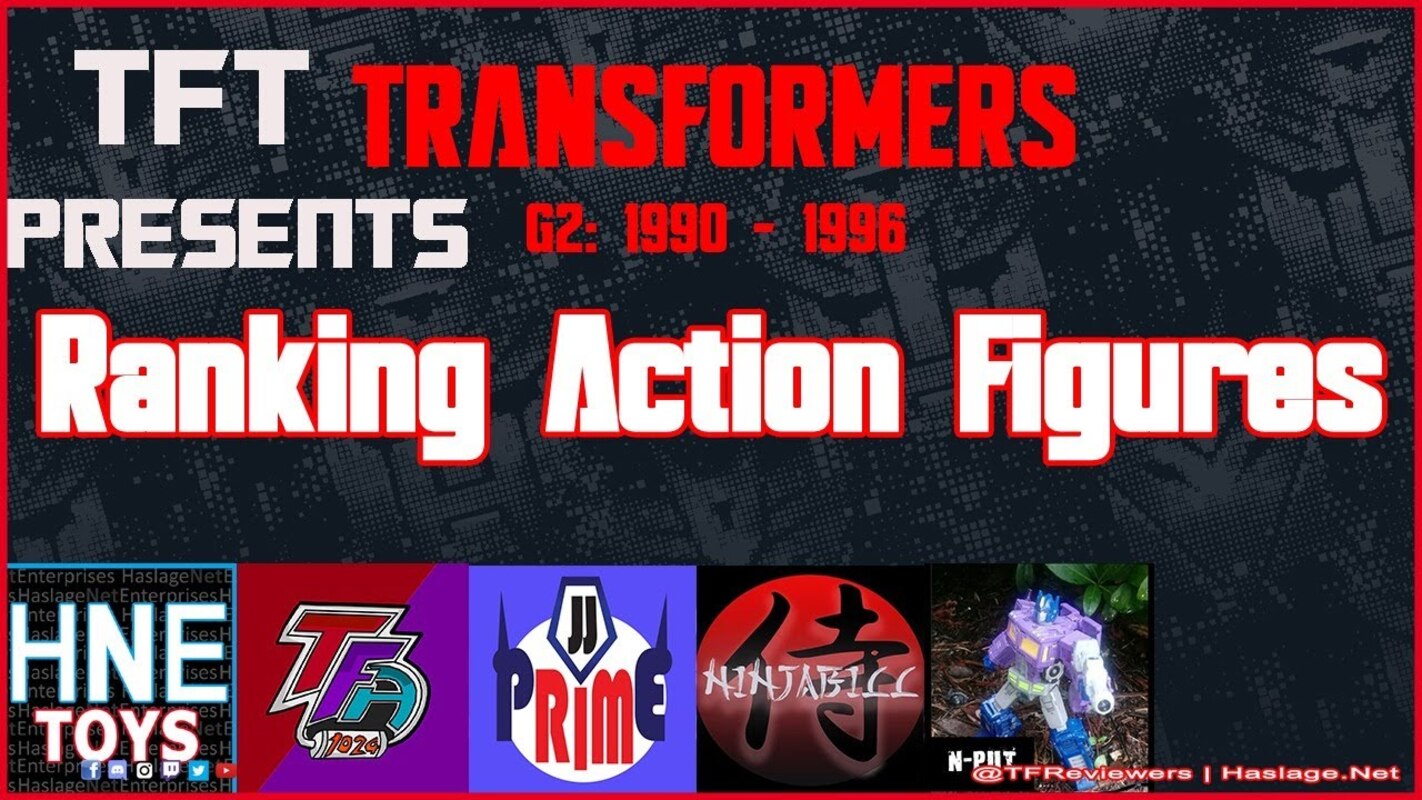 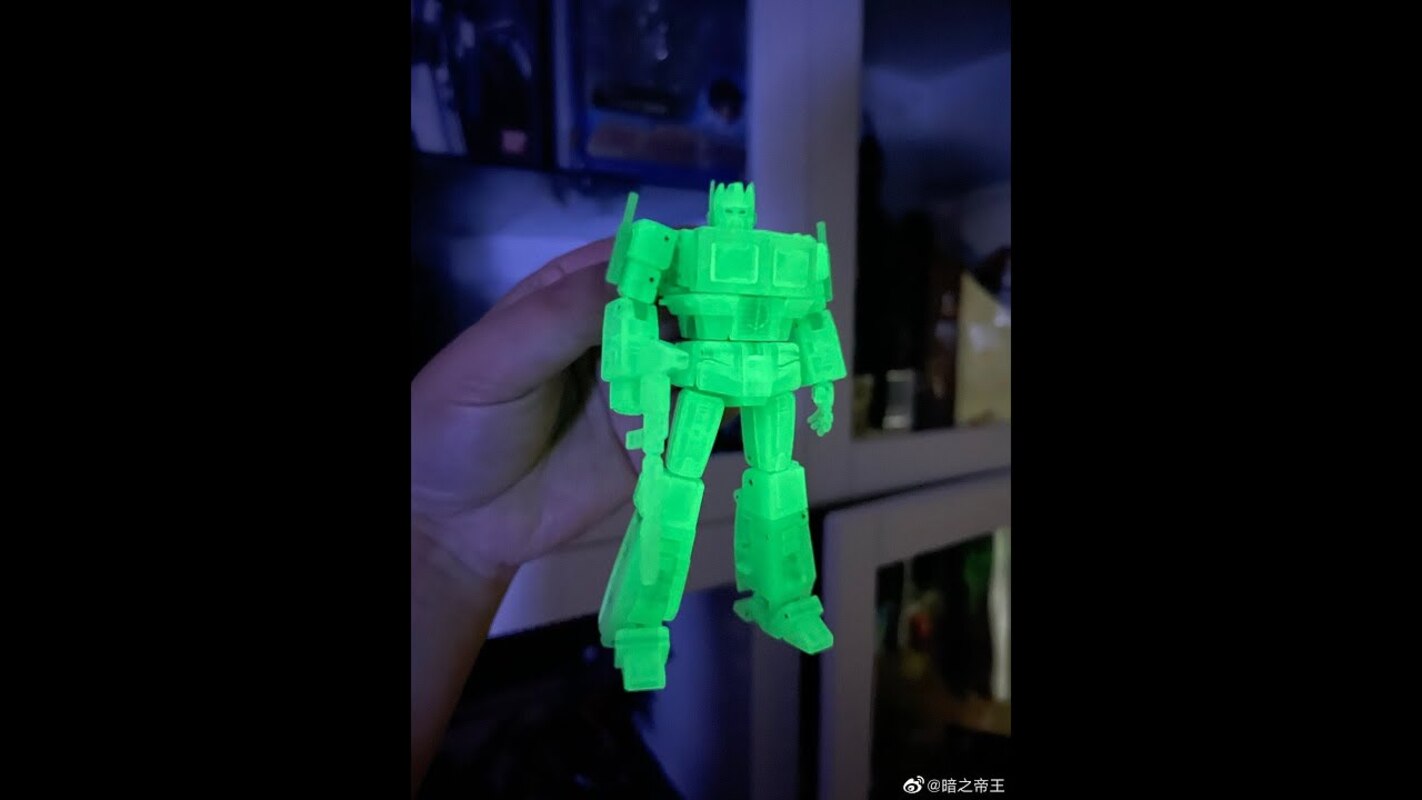 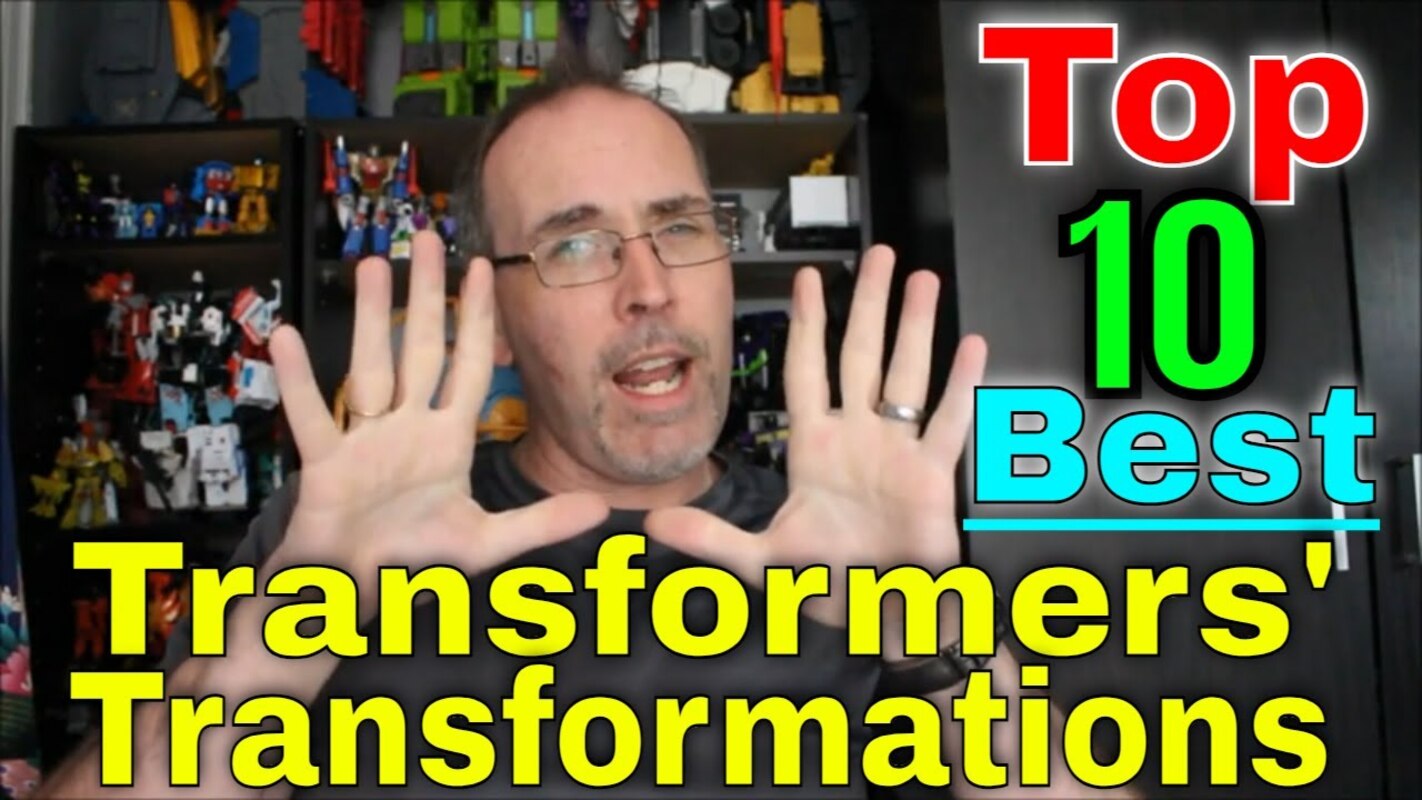